Since I discovered that under my new schedule, I practically have NO classes on Thursday – I started writing this entry. =p

Late May -> Early July: Back in Taiwan, relaxing after a year of MIT. Took a short family vacation to Nagoya, Japan. Went on a volunteer health trip with a medical group (think Doctors Without Borders – the Taiwanese version) into the Aborigines villages in Taiwan.

Early July -> Early August: Back in MIT, working on a UROP dealing with the genetics of Caenorhabditis elegans, a microscopic nematode. Took weekend trips to NYC, Montreal. Saw my first Fourth of July fireworks LIVE.

Early August -> Late August: Spent 16 days in Central America, traveling from Panama to Nicaragua to Honduras with the same medical group from Taiwan. The medical group is essentially a medical brigade that contained doctors, pharmacists, laboratory technicians (who could chemically analyze blood for components/diseases), and us (volunteers). My primary function was with registration (weight, blood pressure, temperature) and translating for doctors (yay Spanish!)

These blog entries may help to explain a bit more.

My Summer, In Words 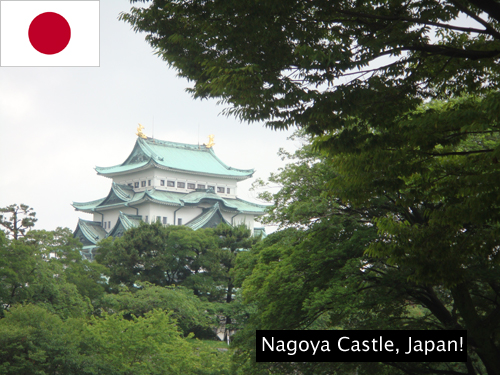 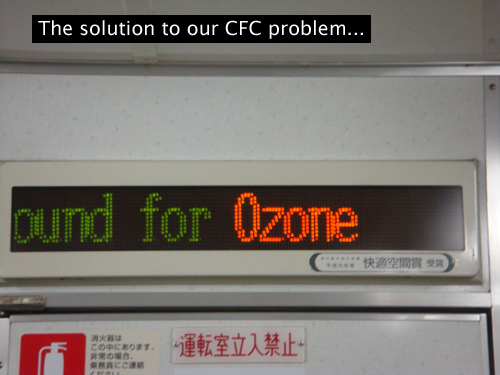 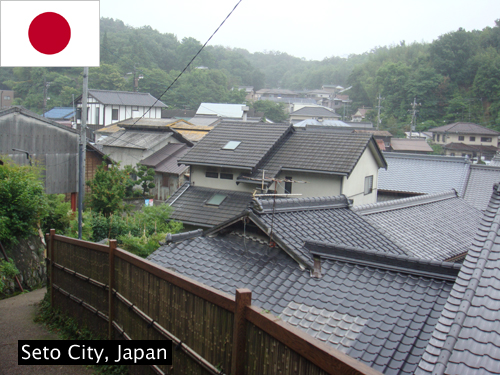 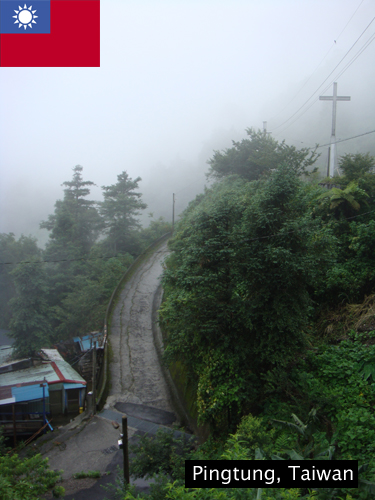 These were generally what the villages that we worked in Taiwan looked like. Most of these were so far into the mountain that there was no cell phone reception, and electricity was only intermittent at night. 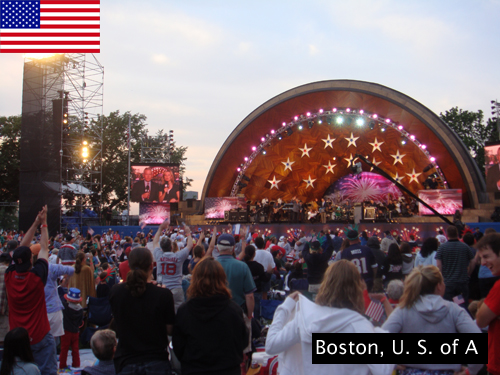 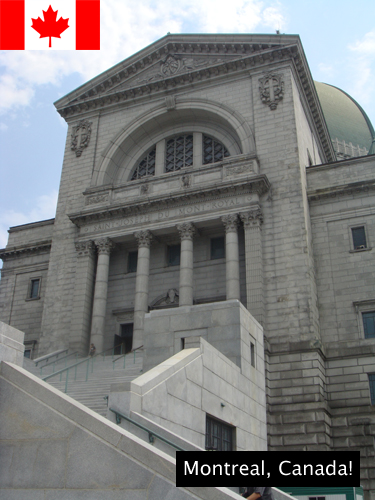 Went to Montreal for a weekend to visit friends at McGill University.

(note: Montreal is a really beautiful city and a great place to get away from Boston if you would like to go on a long weekend trip. It’s only one hour by plane from Boston (granted, the plane ticket’s kind of expensive) and around eight hours by bus. It’s such a relaxing city that contrasts so much with Boston! (random fact: did you know that Boston had the fastest pace of life in the United States? Even beating out New York City!)) 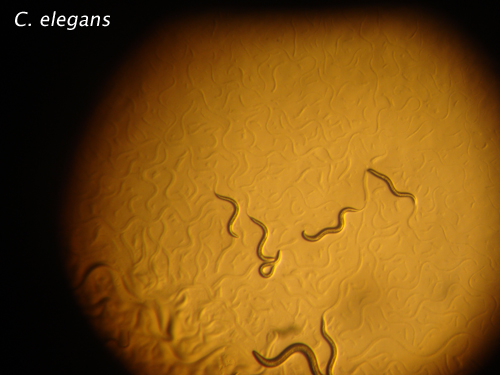 This is what actual C. elegans look like under the microscope, in case you’re curious. 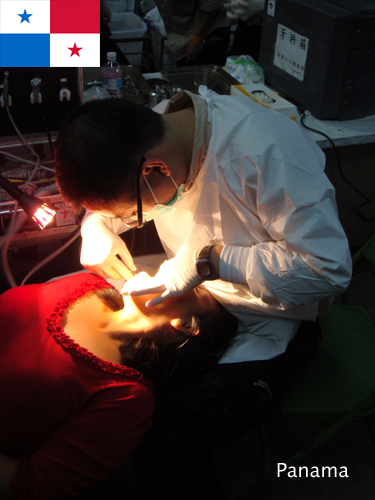 Then I went to Central America, and within the brigade, we had dentists… 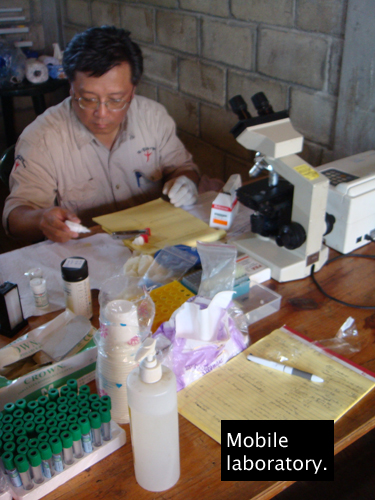 A functional lab that could do blood, urine, and feces analysis. Some of the items we would test for include blood sugar, cholesterol, liver function, HIV, syphilis, pregnancy, hemoglobin, C-protein, full blood count…etc. Each patient’s results is generally prepared within 30 minutes (we’re more efficient than hospitals!). 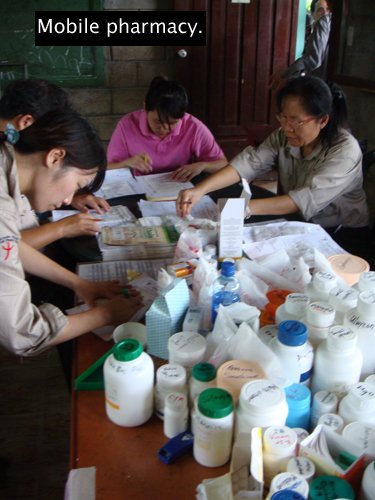 A pharmacy that distributed medicine. General types of medicine that were handed out include painkillers, fever reducers, antacids, worm pills, and vitamins – although there were probably around 70 different types of medicine.

(yes, all the laboratory equipment, the medicine, the dental equipment…etc. were shipped from Taiwan as checked luggage on the airplane. As a result, each member of the brigade could only bring one duffel bag’s worth of personal items (clothes, toiletries…etc.) for the 16-day trip because it had to be carry-on. We brought a grand total of over 1000 kilograms of medical supplies/equipment to Central America.) 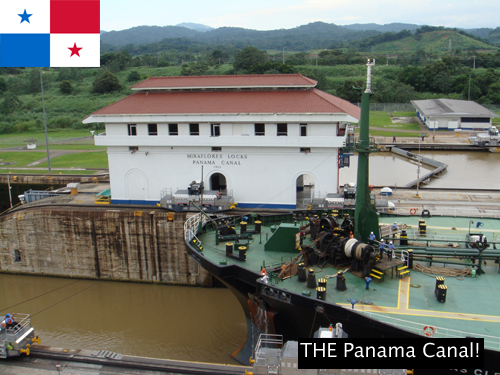 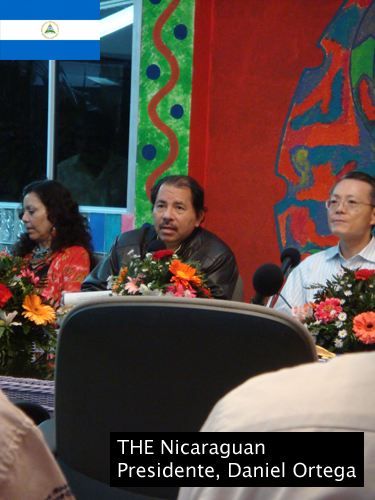 This was really cool. When we arrived in Nicaragua, the Nicaraguan President, Daniel Ortega, had an audience with us. The hour-long meeting was held in the Presidential Office (in reality his house) and was broadcasted live on their national television. Afterwards, President Ortega surprised us by shaking hands with every single one of us!

Yes, I got to shake hands with a President!!

(note: Later, when we finished our work in Honduras, we also got to shake hands with the First Lady of Honduras.) 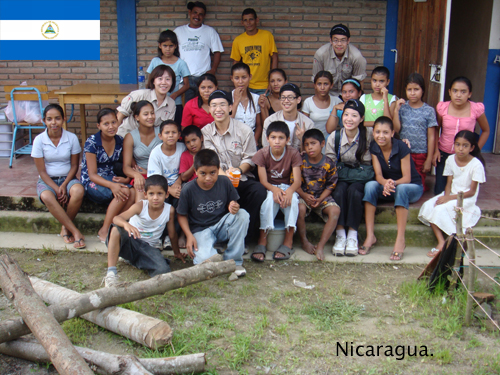 The kids that came out after our clinic in rural Nicaragua. 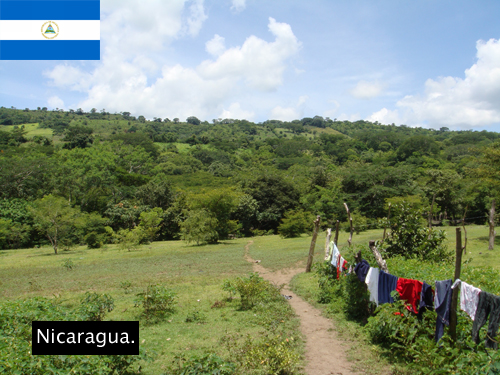 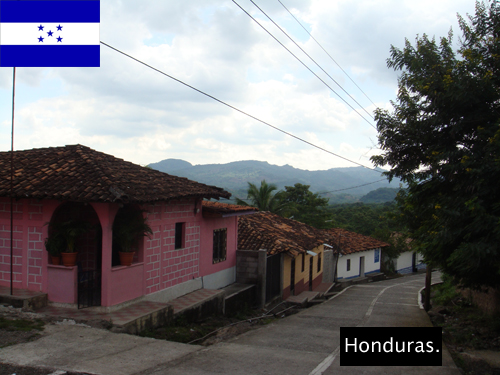 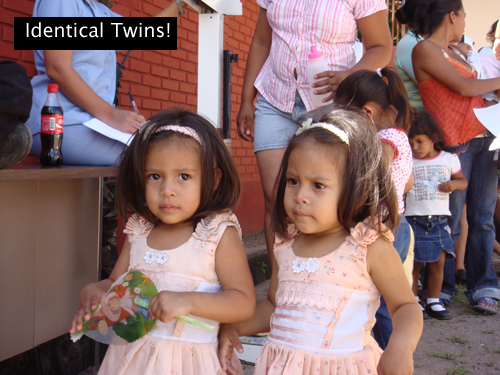 Since I don’t want to flood the entry with pictures, there are actually some more photos here.

To summarize, I enjoyed this summer a lot. I got to go back home and visit my family for a month (I even attended the 2008 graduation of my high school!), which provided a very welcoming rest. I was exposed to a deeper level of my UROP that I was working on during the school year in July, and I had the opportunity to travel to Central America and dedicate my time in providing service for the people there. An added bonus is that my UROP and Junction (AP World History class) pay covered my Central America trip plus my weekend trips!

A few entries ago, someone asked, “How do you get exposed to all of these opportunities?”

I think the simple answer is just this –

In college, you have an amazing opportunity to try a lot of new things, and I believe that as long as you look hard enough, you would always find cool things to do. Of course, your idea of what’s “fun” might not entail going to different places or even doing work during the summer, but there’s definitely something out there for everyone. Opportunities may not come looking for you, but they’re there – you just have to reach out and grasp them. (this also goes for high school!)

Random fact: I had lizard meat for the first time this summer! To be honest, it tastes like chicken… (just like frogs, rats, and everything else that’s “exotic”) =p