1. Today I accidentally punched a friend in the head while gesticulating the angle between a wall clock and the horizontal. In an effort to convince Matt McGann that I am an entirely trustworthy employee as long as you don’t ask me for the time in a panicked tone, I’m willing to bet that most socially-competent people punch someone every month or so. Statistically, if you have 500 friends, and .5% of your friends are within 2 feet of you at any time while you’re awake, and the average human arm length is around 2.1 feet, and you point at something every 4 minutes or so, and . . . well, you should probably just try to have less friends. (Especially if your friends come in multiples of 2.5.)

2. It is possible to succeed in life even despite enormous obstacles like having 16396 unread emails in one’s inbox.

3. A mental exercise: Next time you walk into a bathroom, spontaneously promise yourself that you will not leave until either:

A. You finally understand a concept that you’ve struggled with for a long time.
B. You remember the capital of whichever Dakota or Carolina you find to be more mneumonically elusive. (South for me in both cases.)
C. A friend/family member threatens to inflict serious Hitchhock-esque damage to your person if you don’t get out of the bathroom within the next five seconds.

Through regular practice, you will expand your self-directed learning capacity while fostering a strong awareness of diverse cultures. And by diverse I mean both North and South Dakota.

4. One can broadly describe an academic field by its use of the word “subtle.” Consider the following:

Psychology major: The desire for social belonging is a subtle consequence of human nature. [“Subtle” = “obvious.”]

[Conversation transcript follows]
Me: I think I’m taking intro class on programming in C.
Linda: I took it last year. The problem sets are hard.
Me: Really? It can’t be that bad –
Linda: One kid stepped on his laptop so he wouldn’t have to turn his in.
Me: . . . That’s subtle.

The author hypothesizes that MIT Medical and IS&T should jointly investigate the frequency of laptop suicides over IAP in order to prevent the horrifying and tragic results of undiagnosed disorders in poorly-written code.

6. The older I get, the more crammingly I have to swallow the urge to begin every blog entry with trite, brittly cynical three-word sentences. “I’m getting old” creeps into my typing fingers like an arthritis, and every push of the delete bar afterwards nursingly massages out an infectious cramp. Lulu, with the battered wisdom of a senior year Physics major who speaks of skipping town on frigid New England winters and frigid academics while I’m listlessly thinking to ask her about the force on a dipole due to the gradient of the B-field, probably warned me about the onslaught of premature aging a long time ago, but I don’t remember what she said because my memory drifted in an elsewhere of superconducting rings floating dreamily along curling field lines. Perhaps my geriatric expressiveness is a just a flavor of Seasonal Anxiety Disorder: the dry snap of dessicated branches, catapulting ice onto unprotected pedestrian heads, is pretty scary now that I think about it.

At the same time, I’ve become increasingly fond of telling friends and strangers alike that John A. Wheeler (Feynman’s mentor and the co-author of the best textbook on General Relativity ever written for preschoolers) once believed that all electrons had the same observed mass and charge because (wait for the punchline) they were all the same electron. This is perhaps my favorite fact ever. It’s thought-provoking, it’s a hit at parties, and it’s snappy like a dry tree branch laden with snow. (In which snow is a metaphor for hilariousness. I bet you Robert Frost never thought of that one.) On the other hand, I’m slightly worried because the uncontrollable sharing of one’s Favorite Fact Ever with people who don’t care is a well-documented characteristic of old people.

Hypothesis: The older I get, the closer I come to rivaling Professor Sadoway for the title of Person Most Likely to Try to Entertain You by Talking about Electrons.

Side note: What’s your Favorite Fact Ever?

7. In astrophysics, the no-hair theorem postulates that black hole solutions to the General Relativistic equations of gravitation and electromagnetism can be characterized by only mass, charge, and angular momentum. At MIT, the no-time-for-hair theorem postulates that solutions to the general problem of simultaneously having hair and having too much work to do can be characterized by variants of the same three parameters: massive hair, electrically-charged hair, and angularly momentous hair. I was a brilliant example of non-quantum entanglement last week: 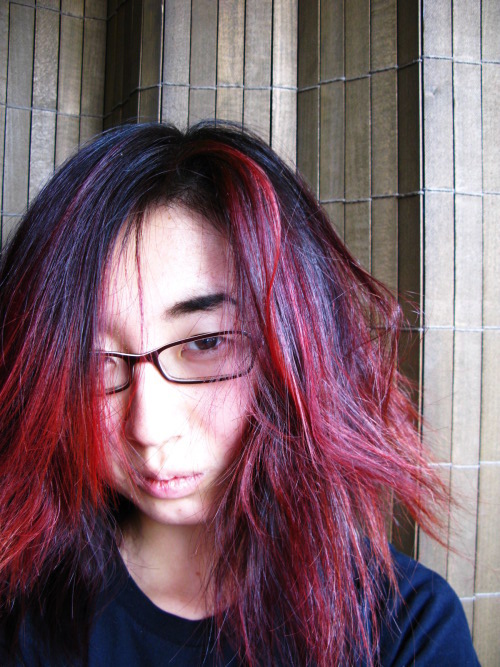 8. Spending Thanksgiving away from family is a delectable excuse to go geocaching with a low-precision car GPS that will ensure complete failure to find any geocaches. I tested this theory last weekend at pika, after waking up on Thanksgiving day to a house full of British accents, coupon-bloated newspapers, grey November sun dapples, dying flowers, and leftover chai tea and cookies on the dining room table. Holidays are like American dollars in Europe during a recession; they’re better spent in pursuit of reckless adventures than anything else. 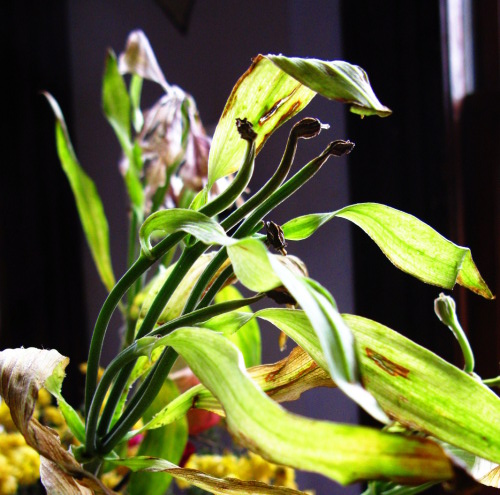 Ruth ’13, as per family tradition, spent the morning biking through the city with her sister.
(I’m rather fond of how “pika” got truncated to “oika” in this photo, mostly because I imagine an Ancient Grecian doppelganger of Pikachu squealing, “Oika!” as it battles some sort of Charizard-esque creature from Hades.) 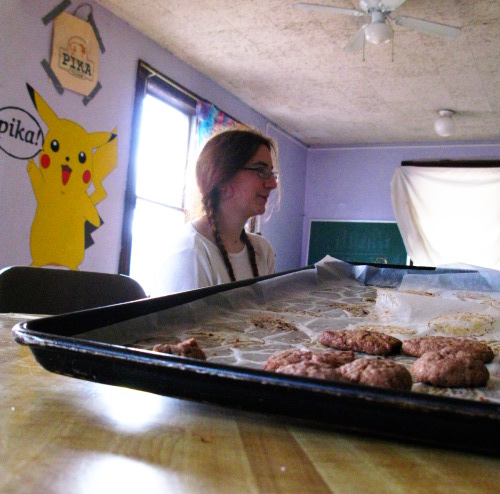 Emily ’10, as per family tradition, baked several pies and drove to New Hampshire to celebrate pie with her relatives. 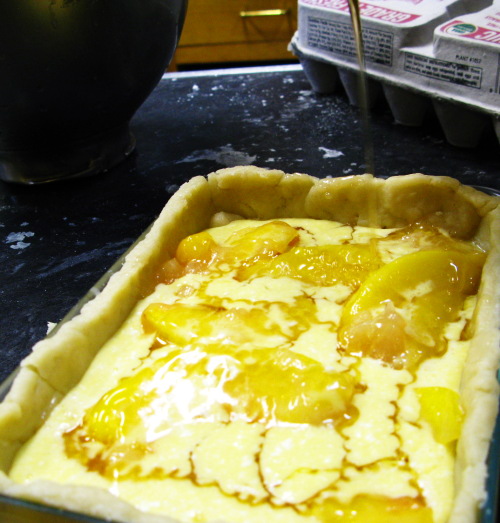 Desi (pika’s cat-in-residence), as per family tradition, climbed onto my Star Wars Original Trilogy bedsheets* and pounced at Darth Vader.

*Mom wouldn’t let me bring my LEGO Death Star II replica to college though, probably because she didn’t want me to have too wild of a social life. 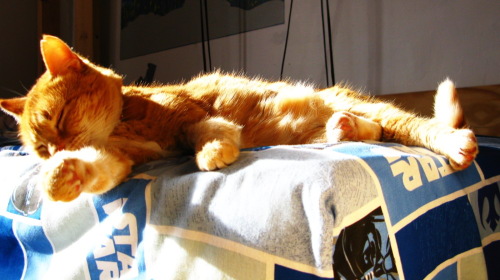 And then Desi found out that Darth Vader was her father. 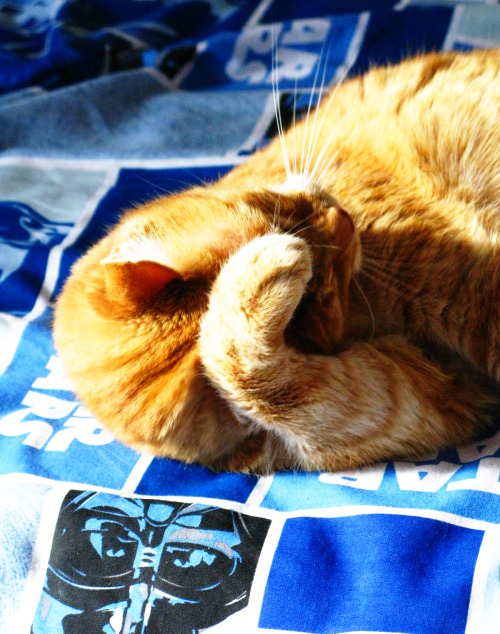 Eventually, I stopped photographing the cat and kneaded some leftover potato coconut soup into a wheat flour batter, which briskly crisped into a skillet of coconut curry flatbread. Although in retrospect, I think it would have tasted just as good without the cat. 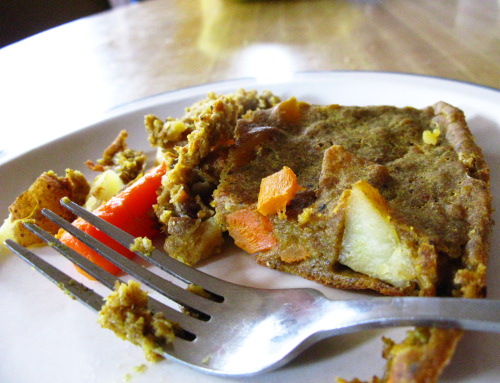 [The next morning, I released the sequel: Rosemary Onion Mushroom Olive Focaccia (or Faux-caccia, to be puntastically faithful to my non-traditional improvisations), frankensteined together from Scott ’13’s leftover vegetable collection. It was decidedly and fragrantly okay, but probably should have been flatter and/or breadier. Although it was easily fixed with a dollop of catsup, if you know what I mean.] 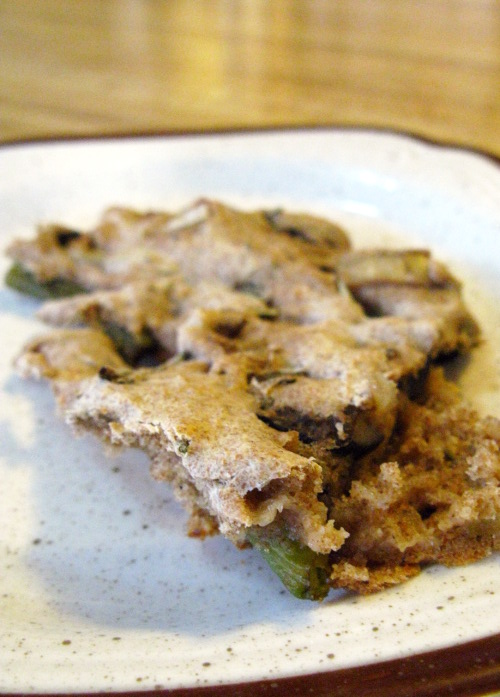 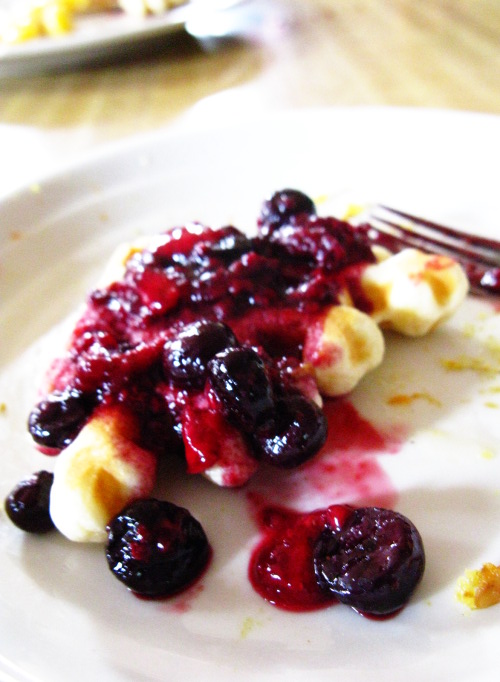 Post-breakfast, I grabbed my GPS and embarked on a journey into the desolate zombiefied streets of Boston, whose denizens were presumably occupied by traditional Thanksgiving activities like Guitar Hero and Turkey-Consumption Hero. O’er hill and dale I traipsed, GPS dutifully bleeping the (approximate) coordinates of unseen treasures as I and my entourage peered into skeletal tree trunks, sunk our eyes deep into overgrown grass, overturned mud-entrenched rocks, and generally acted like characters from Redwall in search of a plot device.

Short story short, I decided to call it a day when the robotically-sonorous female voice on my GPS intoned, “Jump off bridge; swim fifty feet downstream and turn left. Arrive at destination.” I was like, “Girl, please. Heck no I ain’t retrieving this geocache.”

So I walked home and took pictures of the cat leftovers. 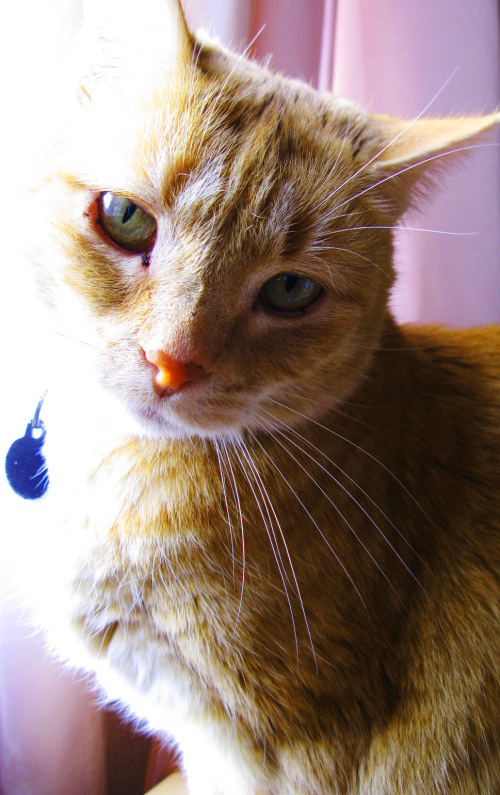