A Typical Friday Afternoon on a Thursday by Rachel D. '16

East Campus is unique for a wide variety of reasons. We build roller coasters, swim the across the Charles river (YOU HAVE NO PROOF), and have a bajillion cats (SO MANY KITTENS RIGHT NOW).

But a time-honored tradition of East Campus is our Friday Afternoon Club, or FAC. Every Friday of the semester, a different hall bands together to provide some sort of creative food item for the denizens of East Campus.

Tetazoo takes FACs extremely seriously. So seriously that we once had a FAC titled “The Tetazoo Cares Too Much FAC,” where we made personalized cakes for each of the ten halls of East Campus.

Our most recent FAC was especially interesting. It was called the “Bring the Feast” FAC. I was unable to attend the event unfortunately, but I still heard the stories and I got the following fantastic email from Sherin ’15.

We definitely had a FAC today. Don’t you remember? The career fair is tomorrow, so we had to do it on Thursday. Did we all forget?

Think, Tetazoo, think. Wasn’t there a fridge around? Maybe there’s some food in there we could use. It’s a stretch, but maybe there’s hope?

Maybe… maybe if we believe, it’ll work. Didn’t we hear that from someone? That if we believe it, maybe when we tear open the fridge, the greatest feast we’ve ever imagined could be waiting inside?

I can believe that. We have the fridge. We just need everyone there to bring the feast to life.

5PM. Courtyard. The feast inside is waiting.

It might be a bit difficult to understand what our theme really was from just the email, so I’ll give you a little background.

This past summer, the second floor of the east parallel of East Campus had some summer residents who left a fridge unplugged for the duration of the entire summer. As a result, the fridge became full of spoiled, moldy and rotten food and drinks that you could smell from a mile away.

Beast tried to make the fridge less toxic. They wrote obscenities on it, and duct taped and caulked it shut and sealed it with spray foam and tar. The fridge still leaked terrible smelling liquids. Eventually, the house manager had his men take the fridge away, but the stairwell they brought the fridge down smelled terrible for many days.

This past summer, one of the most incredible people and comedians of all time passed away. He will be remembered always, and we wanted to dedicate a part of our FAC to him. Ever see the movie Hook?

East Campusers gathered from near and far in the courtyard of East Campus, where Tetazoans were standing around a mini fridge. The mini fridge was duct taped and caulked shut, and it had obscenities about Beast written all over it. A Tetazoan handed a crowbar to some residents of Beast and told them to open the fridge.

The Beast residents pried open the fridge, excited to see what sorts of treats were inside. Finally, they got the fridge open, but were shocked to see that it was not full of food. Inside of the fridge were a bunch of plates and bowls and silverware, and a giant picture of Robin Williams. The residents of East Campus were disappointed and confused, but the Tetazoans had never been happier. The Tetazoans grabbed the plates and silverware and started eating instensely, shoveling the invisible food into their mouths at an astonishing rate.

The East Campus residents asked the strange Tetazoans – where is the food?

The Tetazoans answered – you have to BELIEVE!

Then, all hell broke loose.

Suddenly, the barbecues were flipped open to reveal tins full of colored pudding. Tetazoans grabbed the pudding with their filthy hands and screamed FOOD FIGHT!!!!

And the result was a bunch of East Campus residents flinging colored pudding at one another in creative ways. 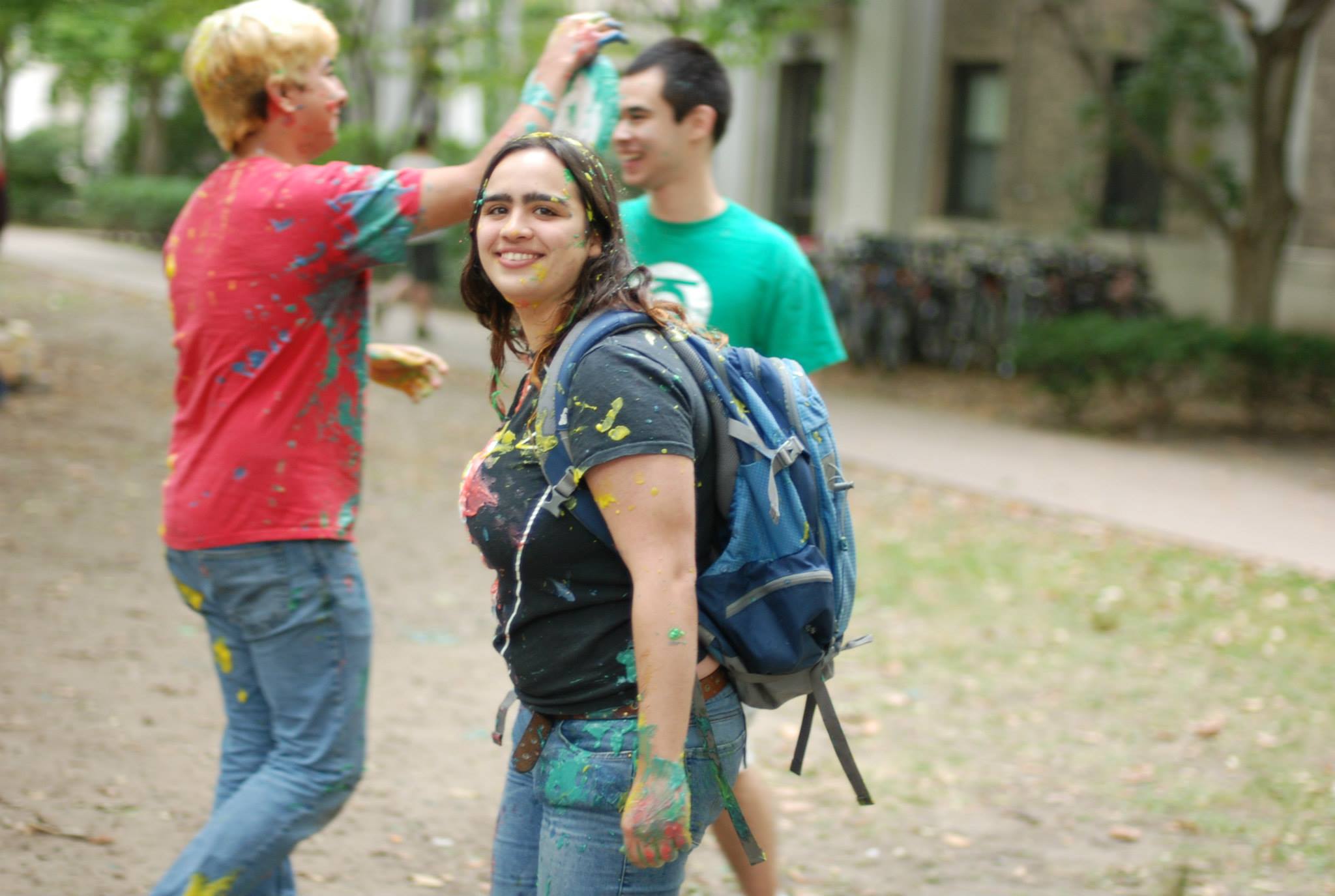 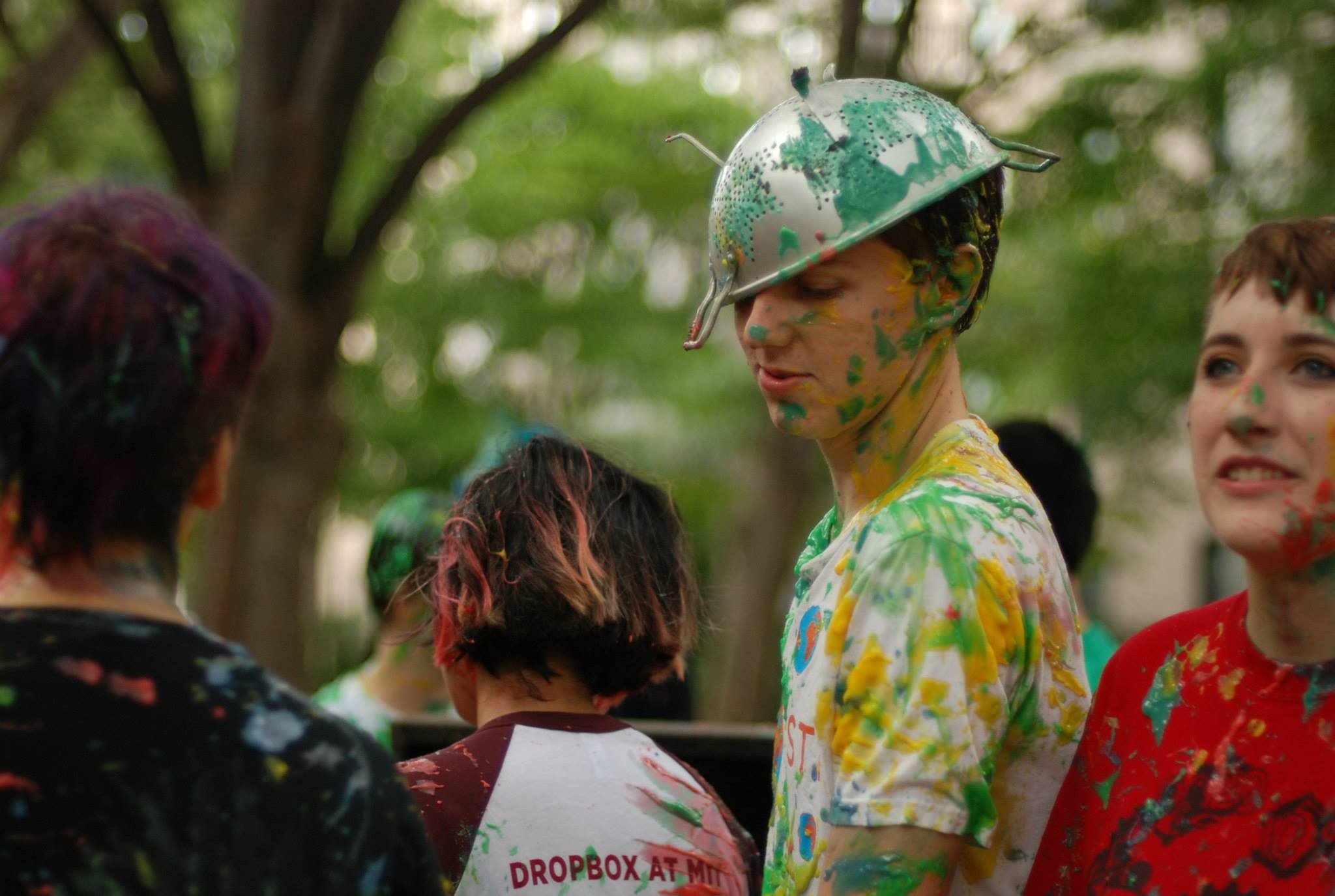 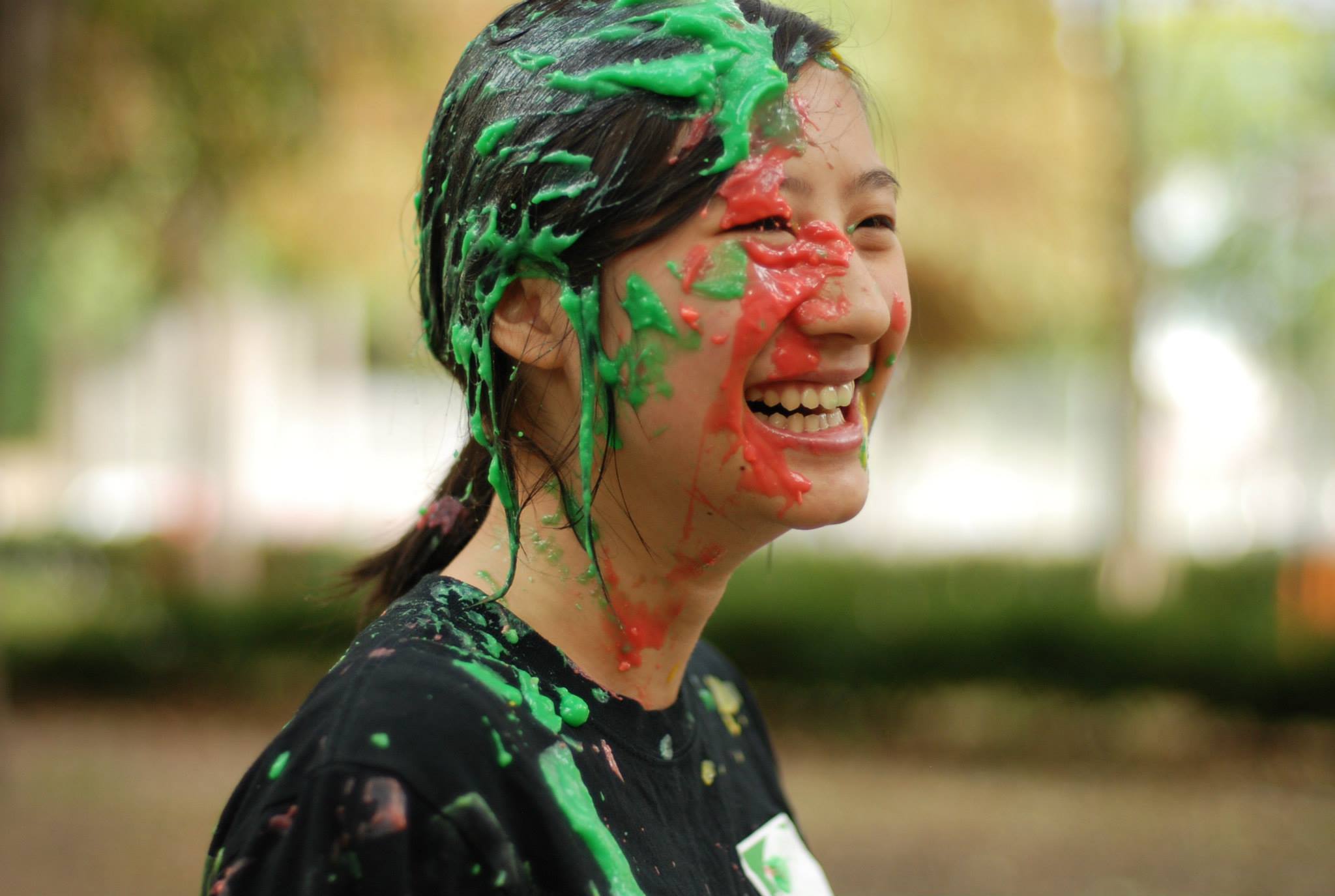 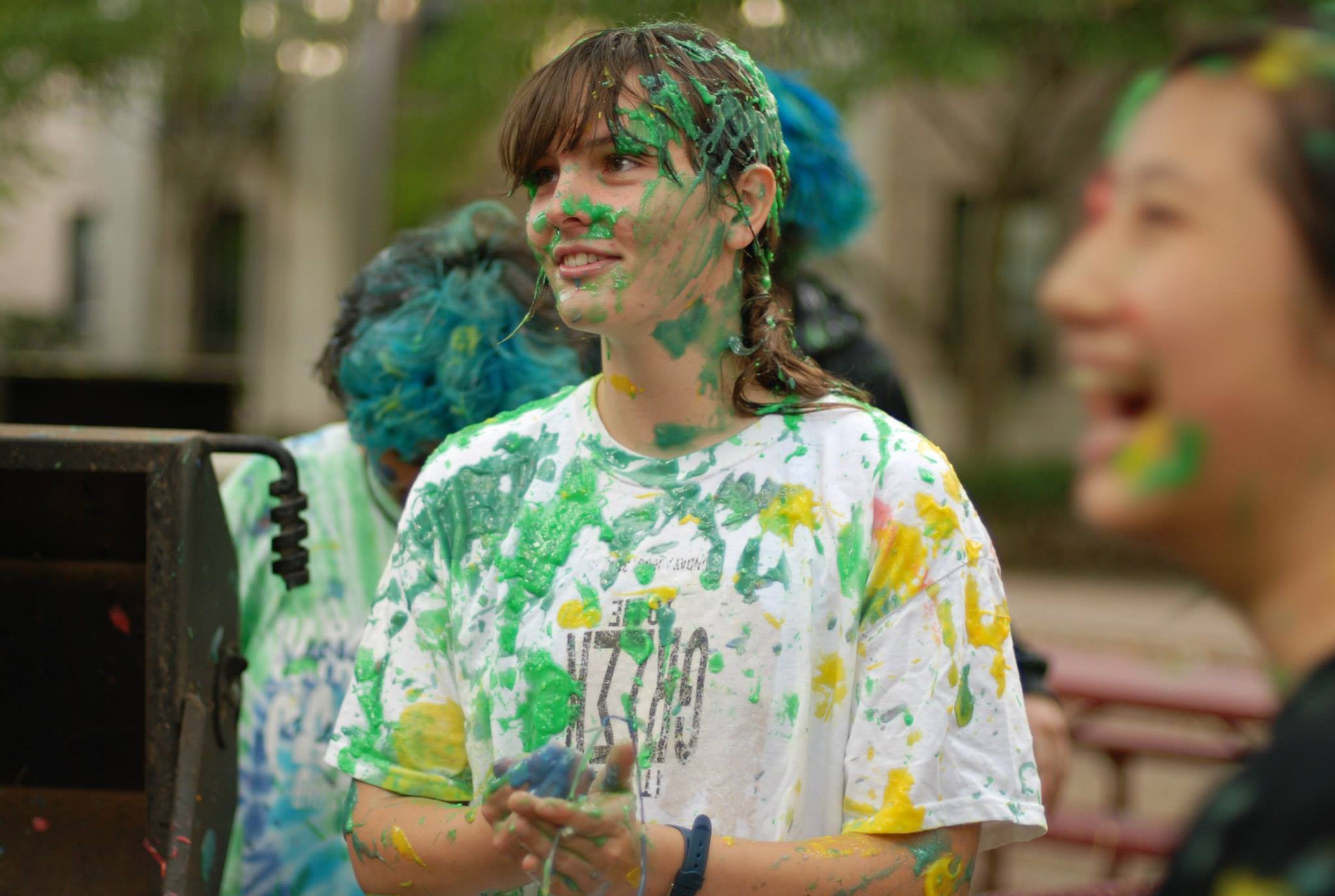 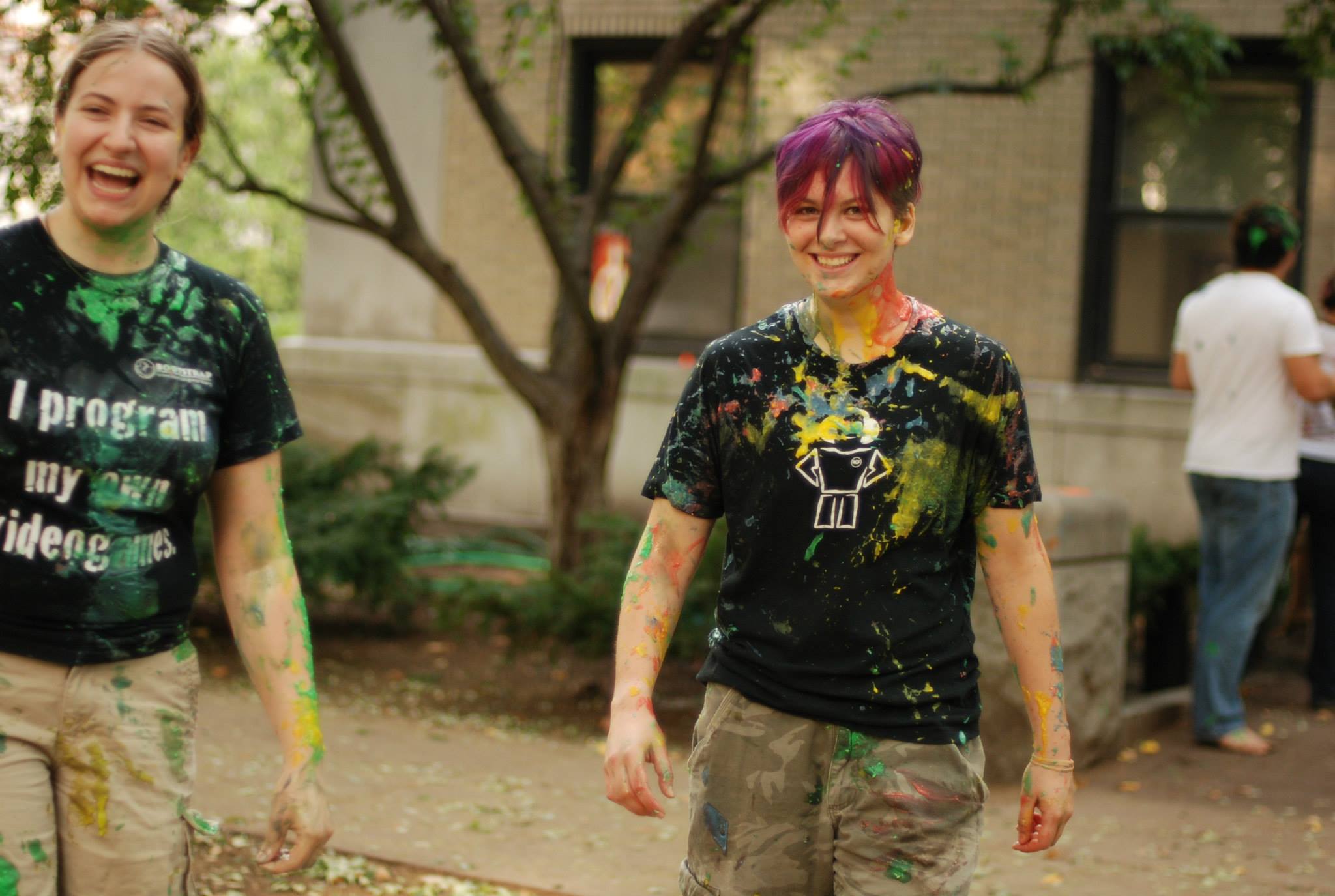 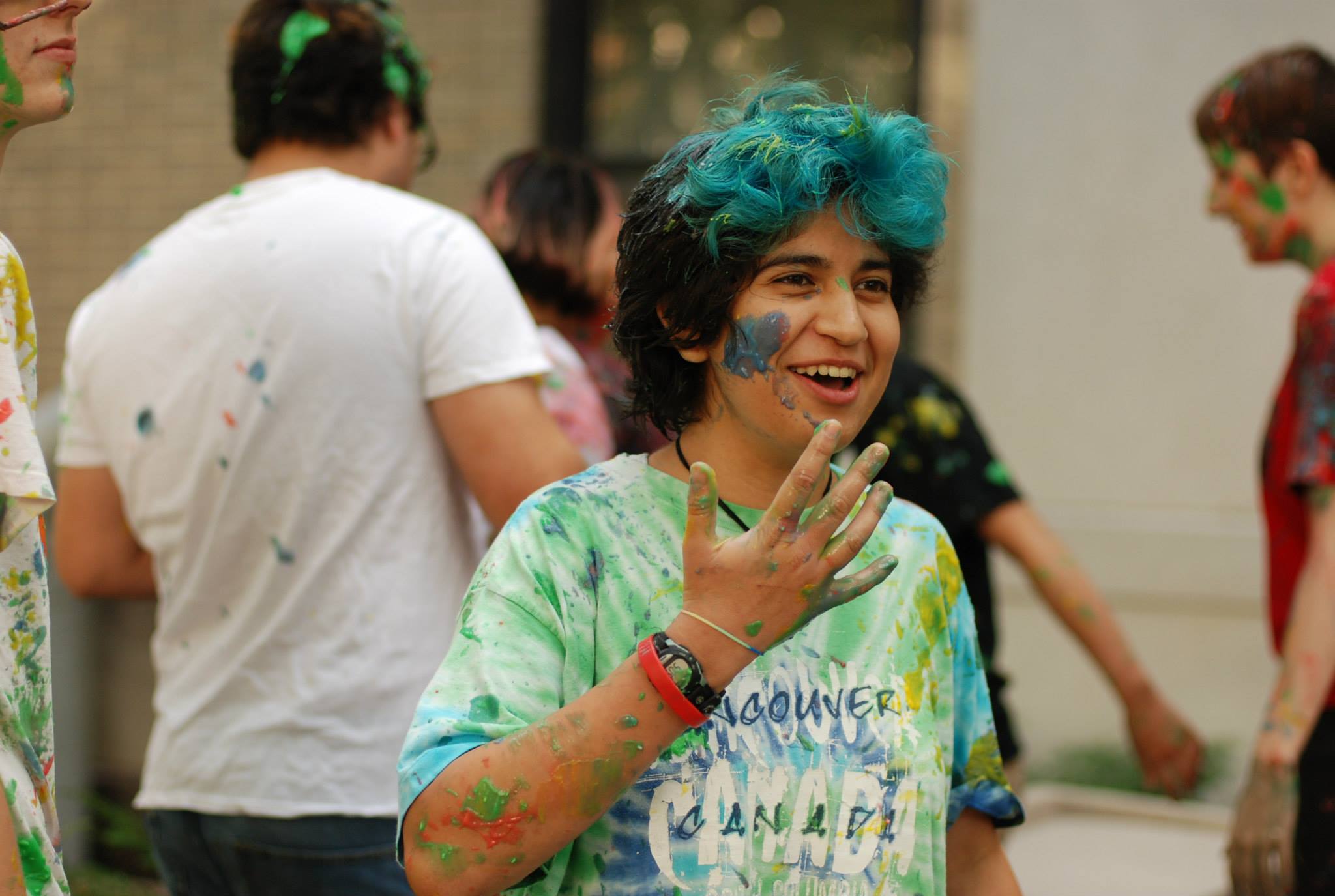 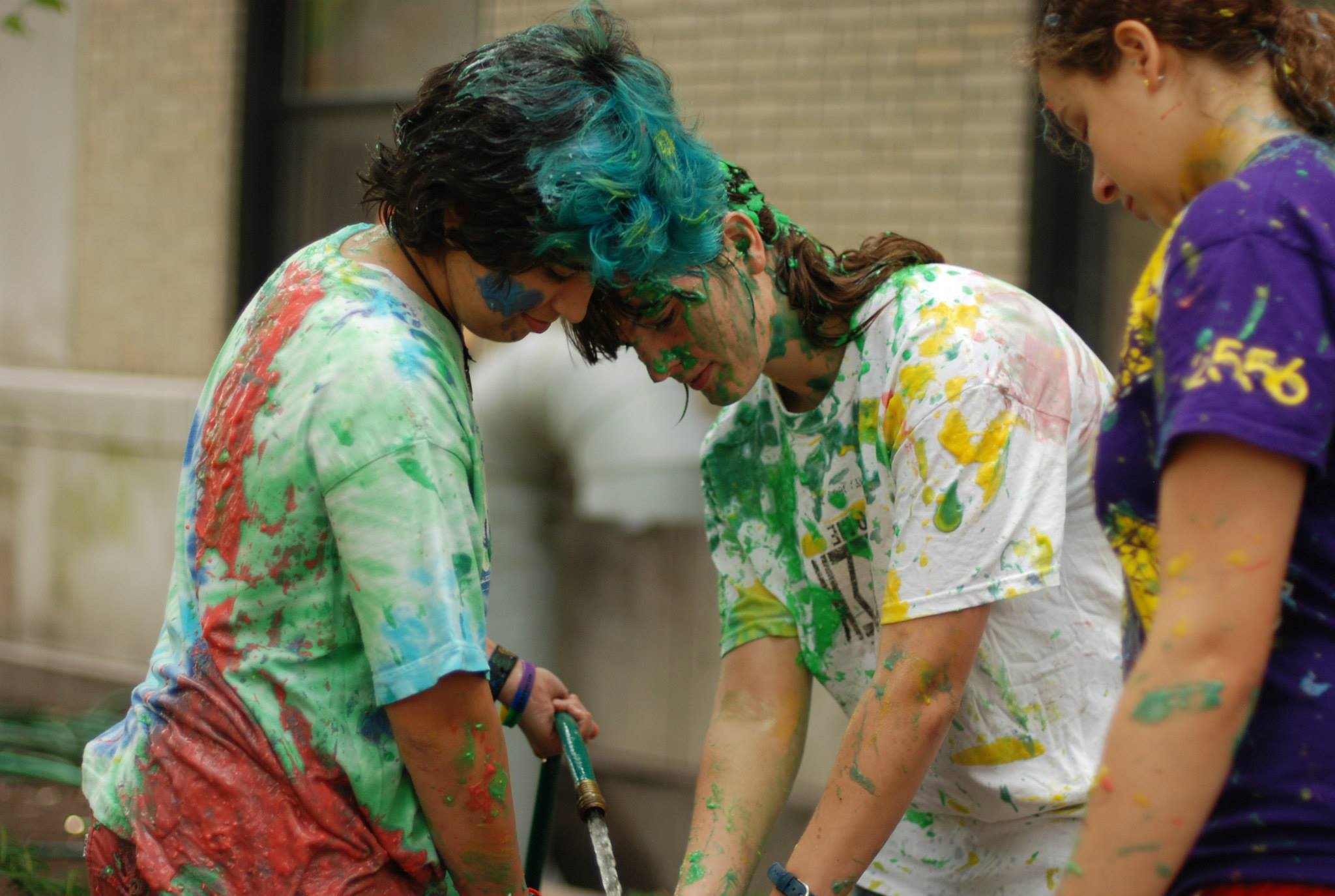 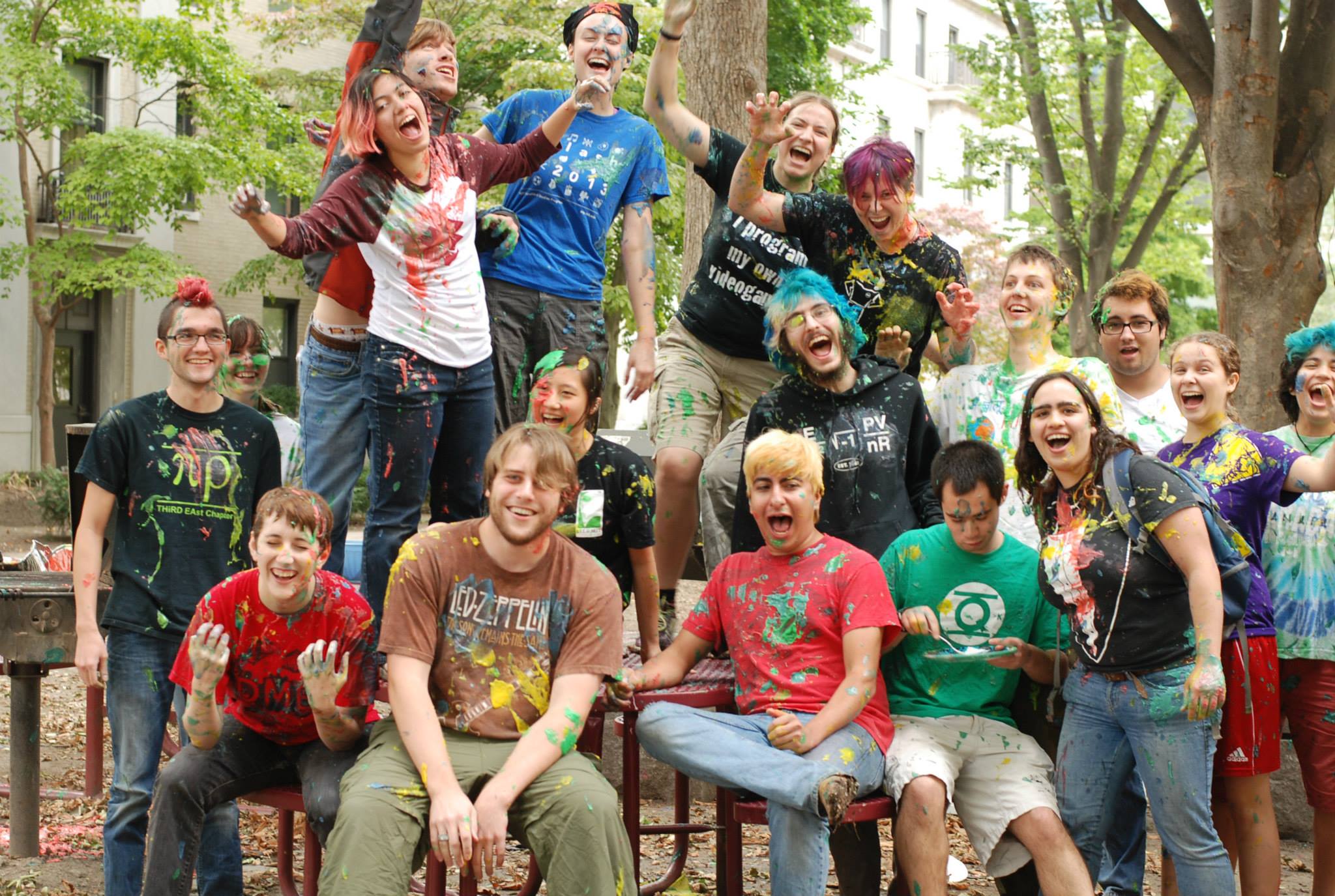 Fun was had by all.

I really like living in East Campus. People here are so great at having fun and being super supportive, and I love being a part of this fun and accepting group of pudding-covered people who enjoy flinging food at each other.