I was born in the province of Sichuan and speak the Sichuan dialect. I imagine it as the equivalent of a southern hill-billy drawl. Therefore, I, the Sichuan native, belong to a species quite closely resembling what is a home-grown, born and bred, red-blooded American hick.

It’s strange to me to be considered an East-Coaster– a city-dweller, an on-the-go young professional from the Northeast. However, in any kind of a tight bind, I’ve been known to identify myself “Boston”, sometimes, “New Haven”, and if someone really presses, even a little bit “New York”. Well, as an East-Coaster, naturally I have some complaints about the weather. Largely, there is none.

For the first month and a half I was here I did not see a cloudy day. We went about our lives in front of a still picture of a backdrop. Picture perfect, of course. I began to forget about weather altogether.

Recently I purchased a bicycle, to help me commute to and from work. I moved to a shared house in Los Altos Hills (subletting for a short time) which is some 5 miles away. Someone asked me recently how I would get to work “if it rained”.

This made me quite sad. I’d begun to forget about rain.

A week ago it rained. I still lived in the lodge then. It had been threatening to rain all day– darker and denser clouds than I’ve seen here yet rolled across the sky. One wave after another. The day was filled with tension. Questions perched at the tips of our tongues. Speculation abound.

“Most summers it doesn’t rain even once. At least not lately. We’d be pretty lucky if we get a good rain storm this year,” some co-workers explained. And we waited. Our eyes flickering to the windows, while outside it darkened.

4 p.m.– Our building shook with a loud noise and a rattling sound persisted– a pit-pat, pit-pat. “Is it raining?” One co-worker rushed to the windows. Then another. Soon, there was a small gathering near the one window not blocked by foliage. I peered out, hopeful.

A sliver of light peeked through the dark clouds– glowing gold with afternoon sun. I squinted for movement. My eyes searched. Pavement. Glimmers. Dark objects against which the streaks would show.

Everyone wanted to know. “Is it?”

That evening under the blue and black sky sitting streetside near a cafe in downtown Mountain View, I popped open my laptop leaned my bike against the wireframe table and propped my feet up on an empty chair. The streets were motion and people. The clouds that had obstructed the sunset shuddered and from the sky came several drops of rain. One landed on my face, and I looked up. Another on my computer screen.

Later that night it rained in earnest. The unmistakable rustle of trees. I snuck out of bed at 4am, kicked my roommate’s snoring friend, and stood on the porch to smell the rain. The rain rolled off the dry leaves, bounced around on the dry grass below and barely wetted the dry dirt before it evaporated. The whole thing lasted about 10 minutes. But it was enough. I was happy.

Without further ado here are some Yosemite pictures:

Like I said earlier, here is the context for the pictures: Satellite group here (at NASA) went on an observing trip to Yosemite. They were building a low cost 30(?) inch telescope and set it up on Glacier Point to observe for two nights. I tagged along. 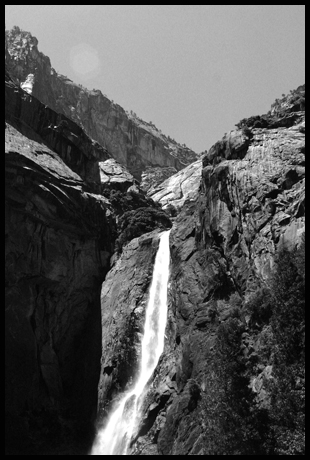 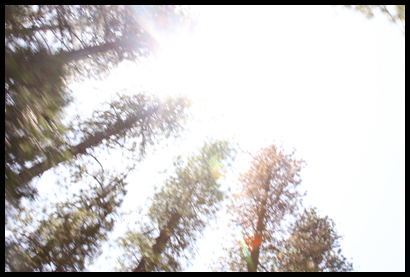 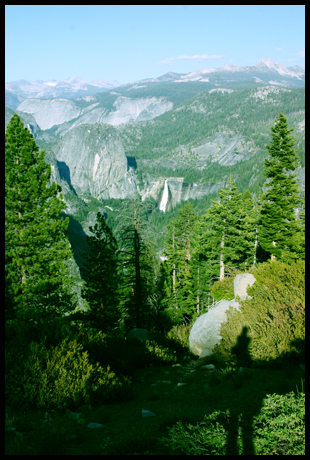 Some hiking trails that led up to a waterfall: 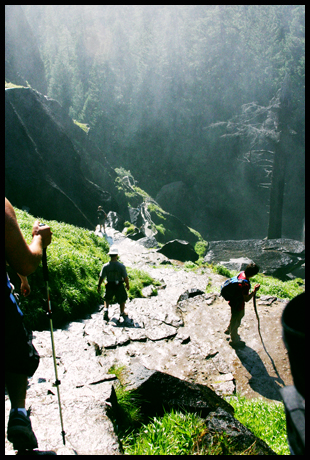 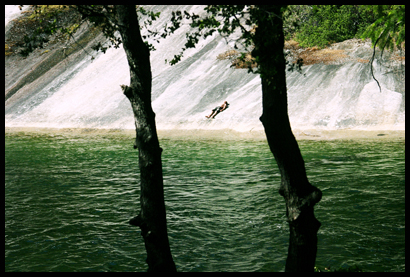 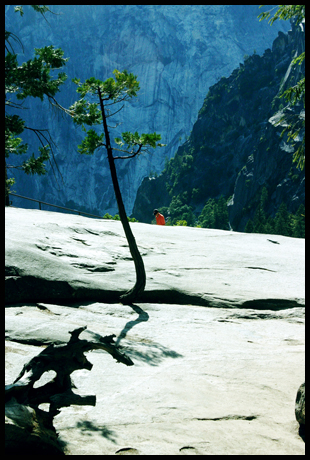 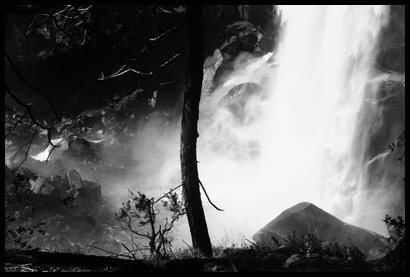 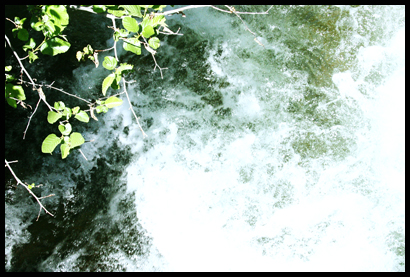 this one is a stitched panorama taken at the top of the waterfall: 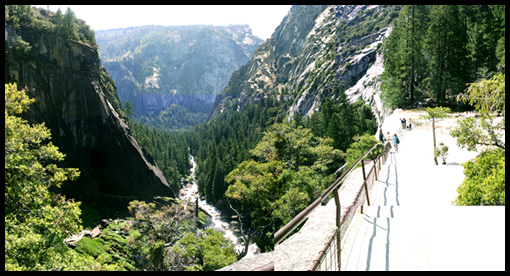 The telescope was set up at Glacier Point (daytime and night shots): 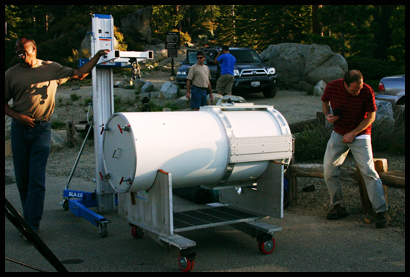 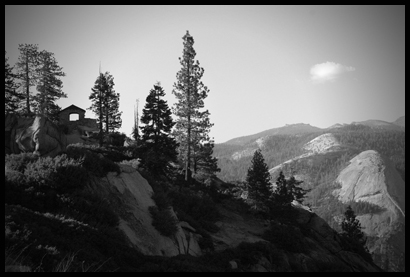 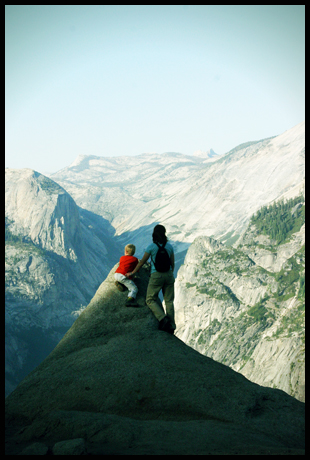 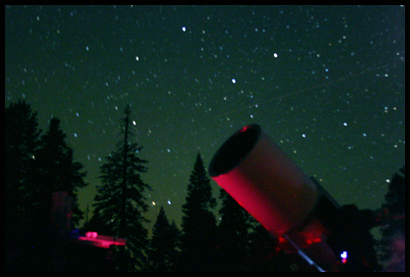 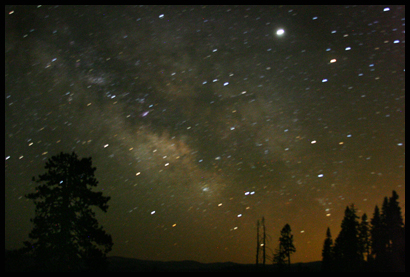 21 responses to “A day without rain”