An Afternoon In/Out Of The Snow by Rachel F. '12

How and what would I write in the utter absence of the ever-present presence of our preexisting expectations of admissions blogs, unburdened of the literary coherency associated with the formal duties of a prefrosh psychopomp? The answer is about to be served implicitly atop an egocentric slice of my life on a lazy IAP Saturday.

Nature precipitates relentlessly upon Cambridgians’ freezing bodies, the confetti to its gleeful schadenfreude. As I exit a building, a discretized gradient of snowfall upon stairs illustrates a simple probability distribution. 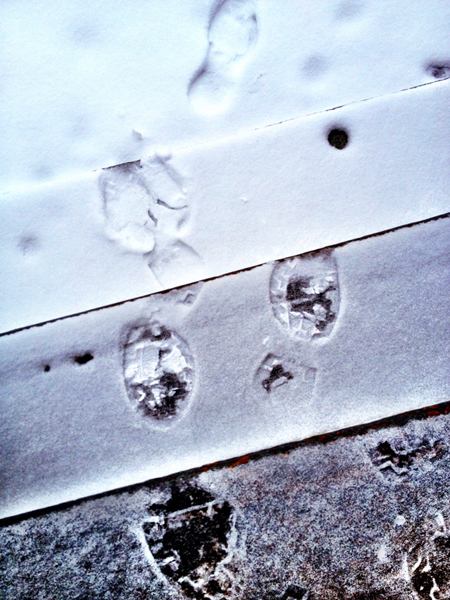 I brave the snow down 3rd Street, a hotbed of the eco-friendly hipsteria that visibly permeates Cambridge, and hike to Voltage Coffee, whose abilities satisfy the rare intersection of (a) producing coffee good enough that I will actually trade money for the transient pleasure of drinking it, and (b) assembling a vegetarian sandwich savory enough to sate my carnivorous appetite. 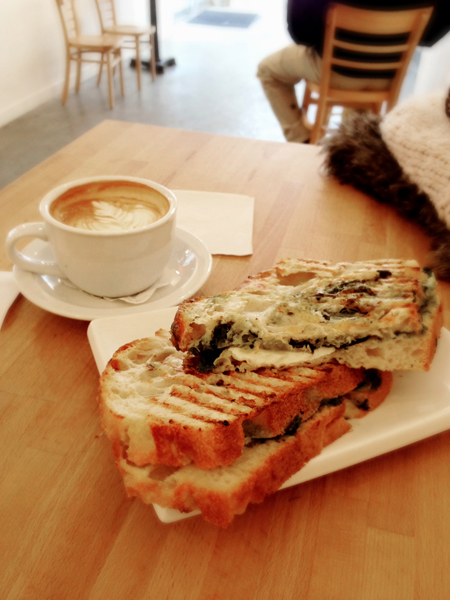 I’ve gained entrance to the club, and can dispense with these hipster pretenses. Shedding argyle sweater vest, false muttonchops, and sustainably-harvested calabash smoking pipe, I roll up my mental coding sleeves, pull up a terminal, and rake impatiently at the disorganized heap of code and configurations that aspire to 6.470 fame. Adjacent are two disillusioned 20-somethings echoing the mantra, “I know what I want, but not how to get there.” For them, I weep frozen tears of vicarious unfulfillment into my delicious sandwich. But for myself and my fearless 6.470 teammates, I foresee only the sweet, sleepless taste of victory.

I bundle up and continue along my irreversible temporal journey. It is as cold, as they say, as though we were in hell, and a sports team facing proverbially bad odds had won some international competition or other. 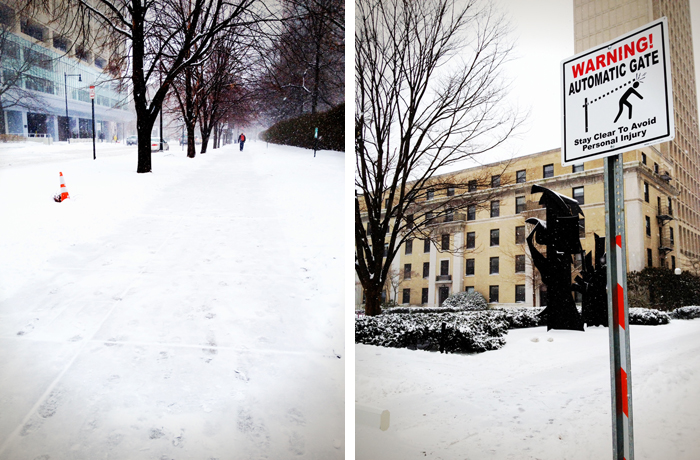 It is the second day of Bad Ideas, the weekend that East Campus devotes annually to bad ideas. Events in swing: grilling in the snow, and chaining together electrical appliances and powerstrips until something blows out.

But much badder, more exciting ideas are scheduled for the remainder of the day: playing chess with pieces made out of chocolate (with the addendum that you must eat captured pieces), testing your capacity for deceit while hooked up to a polygraph, human dog sledding, eating as many tacos as possible and/or watching others “slowly hate themselves as they finish off their stack of tacos”, and running up and down the tallest building in Cambridge as many times as possible in four hours. An alumnus of my hall is actually the record holder for the Green Building Run, having completed forty-eight circuits one adrenaline-pumped year. Surprisingly, it’s among the least of his inhuman characteristics.

I stumble inside. Several pounds of snow instantly melt off my shoulders and run down my laptop bag. East Campus is notable for its architectural similarities to a brick oven, and while this turns it into a miserable, sweat-filled sauna during the summer, it is arguably the ultimate winter haven. Having individually controllable thermostats in each room doesn’t hurt, either.

Drafting this blog post. Reese supports me in presence if not in spirit, like an unwieldy pet rock.

Zealous 6.470 teammate and infamous motorized unicyclist Stephan ’13 joins the party, his enthusiasm tempered only by Ruby on Rails‘s unwillingness to install properly on his computer. 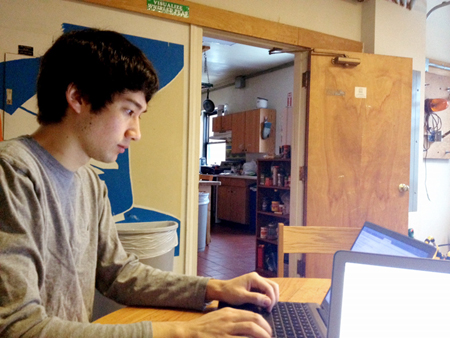 It turns out using NTFS partitions messes with file permissions in a way that prevents Rails from doing what we want it to do. Stephan decides to reformat his hard drive and reinstall both of his operating systems. We are very sad for the next two hours.

♫ one of these things is tougher than the others ♫

Tiffany ’12 is sick. I eschew the trappings of hardcoreness and brew her a flowery, hot pink tea. 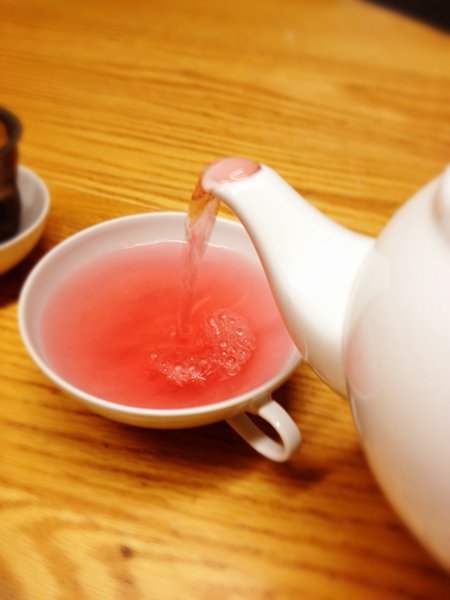 Work is briefly interrupted for a DISNEY SINGALONG

the next twelve hours

I will spare you the hideously uneventful details of working collaboratively on Ruby on Rails between three different operating systems. For the most part, we alternately cursed, wrangled with our configuration files, and made food. I marinated slowly in my own impotence, but at least I was toasty and well-fed.

Here’s hoping your snow days are more eventful than mine, readers. Stay warm and be cool.

8 responses to “An Afternoon In/Out Of The Snow”