Week two of school away from school as I learn about and work on transportation stuff.

One of you asked about what I’m doing down here — I’m splitting my time between Service Design/Performance and Technology Services, so basically, applying technology to the analysis and optimization of train routes and service. I’m working with some great people, and you know, eight hours in an office sort of fly by if you’re enjoying what you’re doing. So far, I’ve been gaining a wide overview of how BNSF runs their trains and the sorts of performance aspects one would be concerned with in the freight industry. It’s all new to me, coming from the passenger side of things. I suppose the best part is that it’s all making sense so far! :) 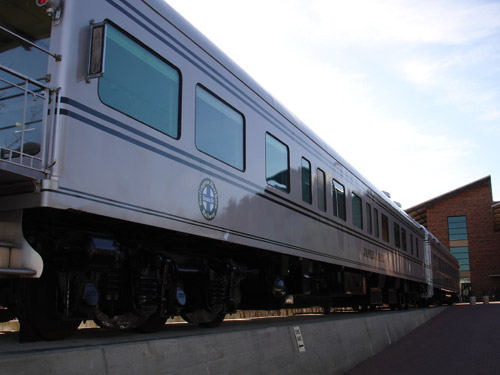 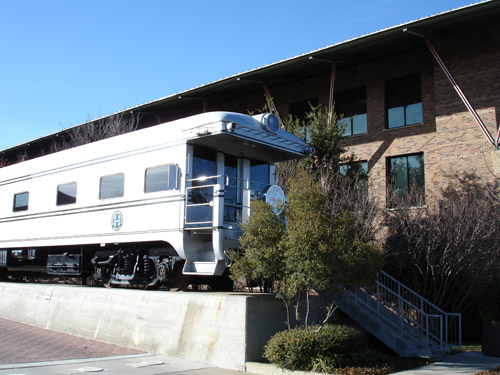 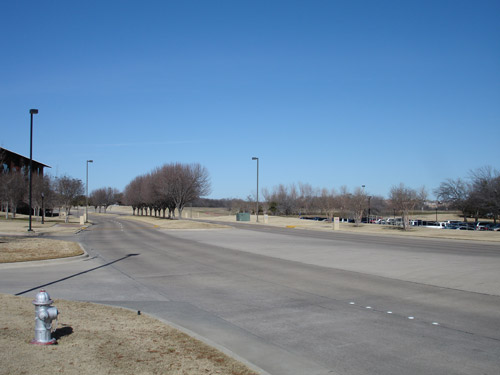 The headquarters “campus” is pretty big, and as you can see here, they’ve got several train cars parked at the main entrance — these are fully-functioning conference rooms used regularly for business purposes! There’s a network of roads connecting all of the various offices, but I’ve spent most of my time in the Operations and Technology buildings. The TOB (technology office building – yes they actually use this acronym…), located across the street from the rest, was formerly the factory where the TRS-80 was made. :-P On an unrelated note, they’ve got an old Xerox workstation and laser printer from the late ’70s in a glass display case in the cafeteria, from before the BN (Burlington Northern) and the ATSF (Atchison, Topeka & Santa Fe) merged to form BNSF.

But most importantly, everyone’s been very friendly and generous, going out of their way to include me in their work activities or just to show me a specific project they’re especially keen on. Take today as an example: a director took an hour and a half out of his day to give me the grand tour of an expensive piece of model dispatching software. Or I’ll drop by the desk of a senior manager (the one who had me over to his house for dinner, after taking me to lunch, all on my first day) to ask about something I’m working on, and we’ll get into a half-hour discussion about some interesting business problem that I’ll then go investigate. I’m the only intern around right now (my boss says “he’s here this month while MIT is in hibernation”), but I don’t feel out of place one bit. :) The environment is great because a lot of the folks have railroad career backgrounds (as in, out in the field or in the yard, away from management), so they’ve always got that extra context to lend.

The hardest part about this work is getting up around 7AM! I haven’t had to do that on a regular basis for what, four years? We MIT kids are so spoiled with our first classes at 10, 11, or later. It’s midnight as I’m typing this, and I have a meeting at 8. Luckily, though, it’s typically pretty loose, and as long as I put in a full day, my exact arrival time needn’t be so strict. I think it’ll be a good summer – I’m already doing neat things!

8 responses to “An IAP in Texas, chapter two”