MIT researchers discover an uncommon cure for the common cold.

On this otherwise lovely three-day weekend, my suitemate Jeremy ’09 found himself stricken with a case of influenza, exhibiting such symptoms as nasal congestion, a sore throat, and a mild fever. So, he called up a friend from high school, who happens to be a pre-med (DING!) at Harvard (DING!) who recommended the “ancient Chinese secret” (double DING!) of dissolving salt in hot water to make a solution strong enough to taste, then snorting said solution up your nose.

Fortunately, prior to subjecting himself to this remedy, Jeremy came to me to ask if it had any scientific merit from the perspective of a chemical engineer. Well, if you snort a salt solution up your nose, I guess, by osmosis, the cells of your nose should lose water to the higher-concentration salt solution, which might then dissolve whatever’s blocking your nose. Apparently this was a satisfactory explanation for Jeremy: 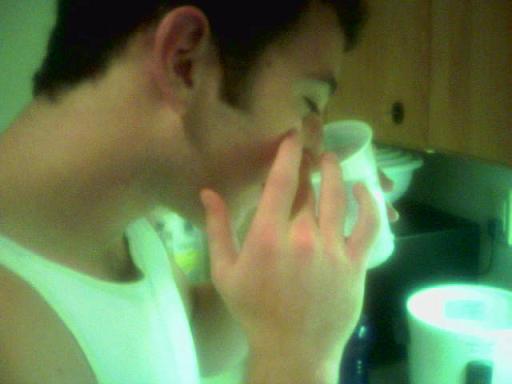 Imagine what happens to the foul cocktail of snot, mucus and salty water goes after it passes through your nose. Better yet, don’t. Although Jeremy did say that his nasal passages were instantly cleared after this treatment, it’s still something I’m not too anxious to try anytime soon.

Still, it’s better than Mitra‘s proposed cure for the same ailment, which she forced upon our other suitemate Gabe ’08, also suffering from terrible congestion. 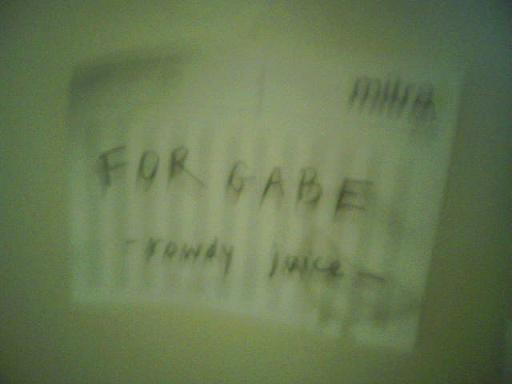