Snow and hacks and exams.

Responses to Comments:
A: Hey Laura,stupid question : I just wanted to know if you have to buy the TV, or do you rent it or… ?
The TV is mine- I ordered it from BestBuy and had it shipped to my dorm just so I could watch Veronica Mars every week. =)

Phil:
Not to say that it’s even close to the amount of brain-shocking work that your two math classes will require, but im taking AP stats and AP calc ab. I guess this doesn’t really make me appear any cooler/less cool than before, but whatever. I could use some community sympathy also. :)
What? Of course it makes you appear more cool! Haven’t you ever read Mollie’s favorite column in the Tech?

So, we’re going to backtrack to a little over a week ago. If you remember from the Mario hack entry, I was friends with a bunch of people involved in the hack, so I knew all about it ahead of time. Last Saturday night, I received an anonymous email telling me there would be a hack put up the following morning at several locations around campus. Then, I was even sent pictures to use in my blog. I think that’s pretty darn cool.

Well, Sunday morning was the beginning of the big snowstorm. I had to be up super early to go to drill sessions for MIT-EMS. I knew it was really early when I got to the front door of the dorm and saw: 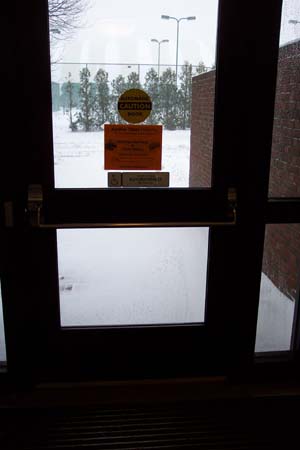 No footprints. I was officially the first person to leave the dorm that morning since it had started snowing. This made me slightly unhappy, since it meant everyone else was still asleep. Of course, I had my camera with me because of the email from the night before, and I quickly discovered the hack: 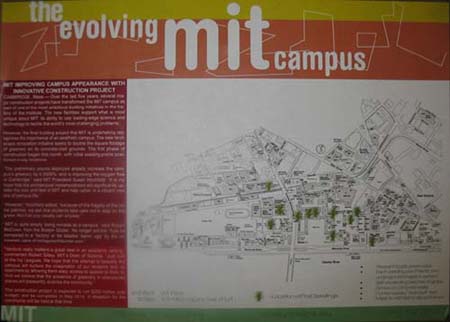 This poster is a spoof on The Evolving MIT Campus, the name given to a large construction initiative meant to “update the look and feel of MIT.” The spoof poster claims that the latest phase of the project has already increased the amount of greenspace on campus by 0.0005%. And here’s how:
(The following pictures are a mix of pictures I took on my way to drills and the ones which were sent to me.) 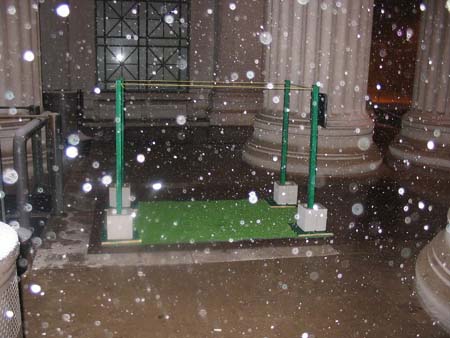 Hackers placed small sections of roped-off turf around campus- to increase campus greenery. This was placed right in front of the main entrance to MIT on Massachusetts Ave. 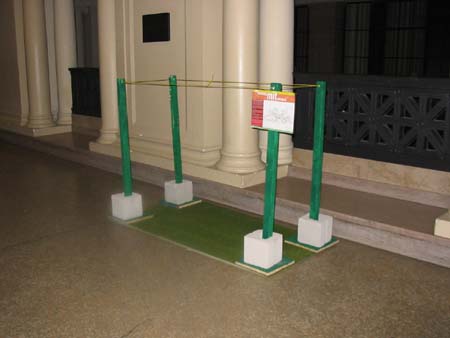 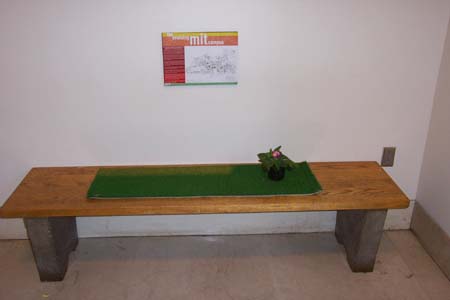 Both of the above pictures were right outside 10-250, one of the largest lecture halls at MIT. 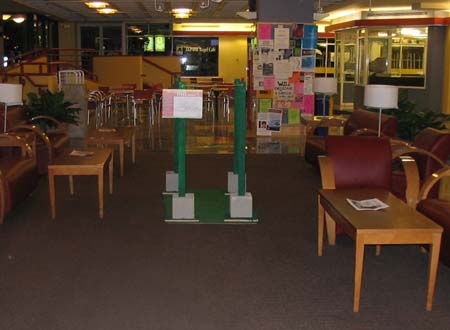 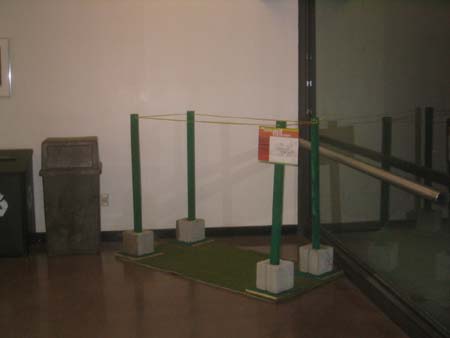 Building 66. (Last time I was by there, this was still there.) 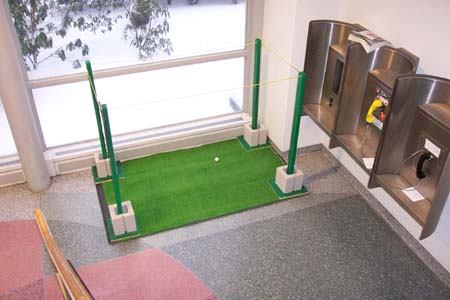 On my way back from drills it was really snowing. This is what I saw as I was leaving Lobby 7: 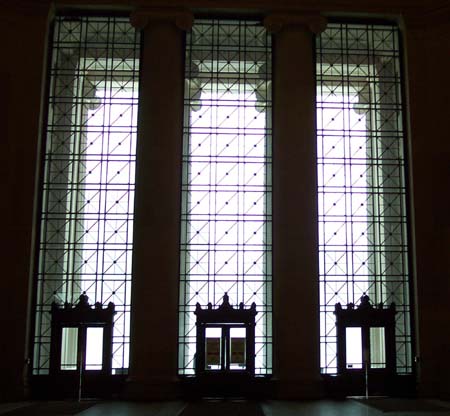 Speaking of EMS, I took the certification exam on Saturday. It was, um, ok. I guess. I find out how I did in about 2 weeks. If I don’t mention it by 3 weeks, it probably means I failed and don’t feel like talking about it on the Internet. So don’t ask!

11 responses to “Another hack”