Wherein we teach the world the true meaning of democracy.

I bought a JuniorTicket for 13.40 from the Leverkusen train station. It lets me take the trains and buses around the city where I’m living Köln or Bonn as much as I want. Even though it pays for itself after about four uses, I have only a tenuous grasp of personal economics, therefore I try to take the bus home every day instead of waiting around for my French friends to give me rides, and I go to Köln as much as humanly possible. Saturday I discovered that the ticket was also good for travel to Bonn, so I went down there with my roommate Kunal and every intention of sightseeing and watching both World Cup games.

And a digital camera. Picture entry. 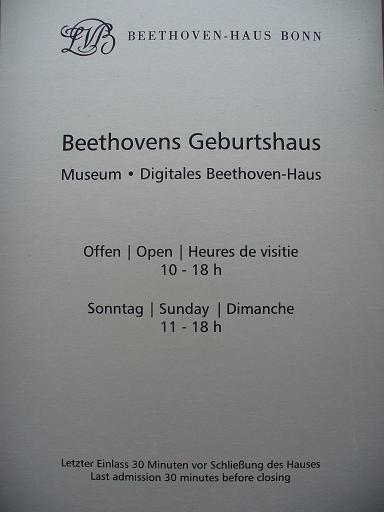 Actually, we didn’t even bother consulting a guide or anything and decided to just wander around the pedestrian zone, which, navigationally speaking, resembles the Lost Woods from Legend of Zelda. In the end, about the coolest thing we saw in Bonn was Beethoven’s birth house, which was closed by the time we got there. Not that there could have really been too much of interest inside, I think, unless they preserved the sheets from the night he was born, or had a live Beethoven reenactor like that one episode of Amazing Race 4 in Vienna. 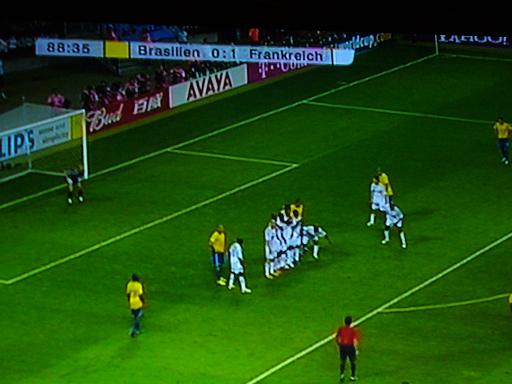 I took this picture of the screen of the France-Brazil game immediately before Brazil’s last indirect free kick, so I could memorialize how close France came to beating Brazil. Yeah, maybe I just wasn’t believing very hard. But I was, of course, rooting for France the whole time, because I always subconsciously root for the underdogs, and also because Zinedine Zidane is astounding. 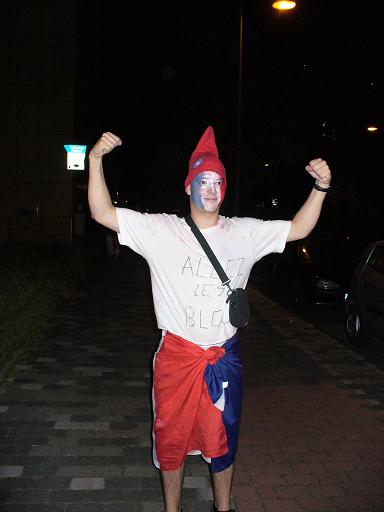 On the way home, we ran into Jerome, I think wearing one of the hats that Sam’s Mom made for our senior year musical production of Les Miserables. Jerome gives me a ride to work most mornings, but the night after this picture was taken, I had to take the bus instead. Hey, it’s just another 2.20 ticket I saved myself from buying.

On July 3rd, we had a barbecue to celebrate the 4th of July. This is virtually unjustifiable, because the barbecue itself ended before midnight, and American time is behind Germany time anyway. But Germany was in the semifinals on July 4th and we figured that we wanted people to actually come to our barbecue. Coupled with our fantastic idea of throwing it in the parking lot of our dorm, we did manage an attendance of almost 40 people of all nations for some classic American cuisine. No, really. You don’t know what American cuisine is? 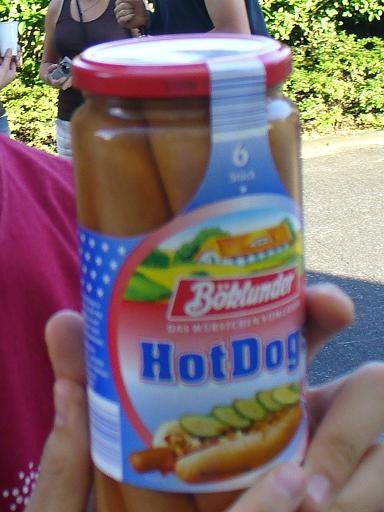 Well, hot dogs, duh. It’s not a barbecue without hot dogs. These happen to come packed in a jar of brine solution, but they are still valid hot dogs. Interestingly enough, in München I ordered the special “Bavarian meatloaf” traditional of the region and ended up being served what basically amounted to a hot dog shaped into a little loaf size, plus the best mustard that I have ever tasted in my entire life. 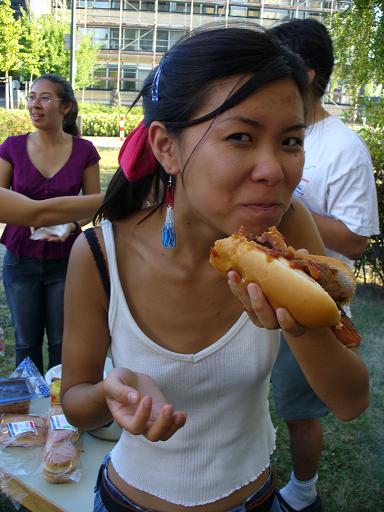 See, Ling ’07 approves of the hot dog, especially with Vanessa’s homemade chili con carne on top. Because what is more American than chili con carne? 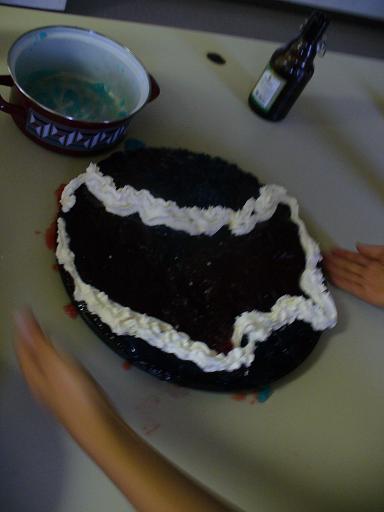 JELL-O. Especially USA-shaped Jello. We had the perhaps overly-ambitious goal of preparing separate red and blue JELL-O USA sculptures, using a special mold that Stephanie found, and then covering them in spray whipped cream. Neither of them set, but as MIT engineers, Ling and I were able to prepare this, uh, thing. 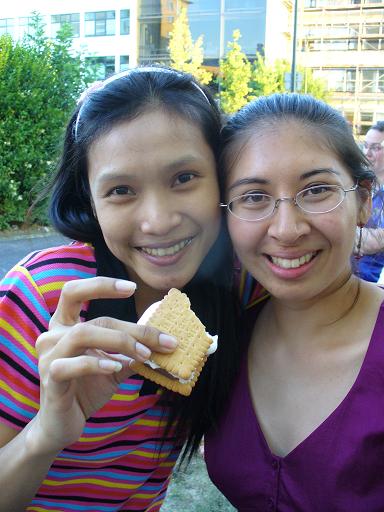 Finally, a Thai girl whose name I can’t even pronounce, let alone spell in English, enjoys a s’more with Katy ’08. While the international crowd seemed to pretty much expect everything else we served, like hamburgers and grill fare, I think that the s’mores took them totally by surprise. I mean, honestly, who thought of a s’more? You can say all you want about blood sausage and eating frog legs and cow brain and whatever. That might be a little gross, but I don’t know if I can think of a single dish that is so completely arbitrary in its composition and preparation as a s’more.

America, you’re so fine, you blow my mind.