It seems as though the more work one has, the more time one finds to blog. Some of my most prolific blogging streaks are when I’m actually the busiest here. What’s making me busy now?

PSETS, while not exactly fun, aren’t usually malicious. I have this nagging feeling that my 2.005 (Thermal-Fluids Engineering I) PSET (Problem Set (Weekly homework)) is going to be evil. Why? Here’s what it looks like.

That’s right, you’re reading it correctly, A through S. 19 parts! In addition to the other parts it comes out to 40 parts. 4 questions? I think not!

So, instead of beginning this monster, I’ve decided to share happiness with the world, in the form of pictures that show colorful things that have been happening around Conner 2 (The floor on whichith I liveth). Well, the first isn’t colorful, but the rest are!

1) Ethernet Jack
Burton-Conner is getting an Internet overhaul, meaning they’re rewiring the entire dorm and installing 100 gigabit 802.11n routers. This makes me happy. Very. Very. Happy. They’ve also been installing new Ethernet jacks in all of the rooms — at least we thought it was just in the rooms. The other day I was caught by surprise when I saw this in the hallway. 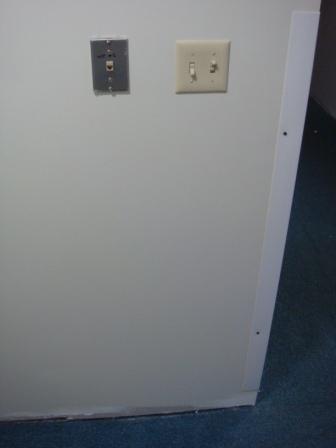 As exciting as it is to have an Ethernet jack in the hallway, um, why? Why is it there, why is it up by the light switch, and why is it withing 15 feet of TWO different 802.11n routers? I just can’t see somebody stopping for a quick wired internet break during their trip down the hall, but who knows, I could be mistaken.

2) Lava Lamp and Duff
Newbury Comics was having a 30% off sale the other day so a bunch of us wandered into Boston to check it out. While I didn’t purchase anything that was on sale, I did buy a lava lamp! I had a lava lamp back home but I didn’t bring it to college, so this little guy will make a great addition to our room. Also, sitting below the counter at the store, was an awesome supply of energy drinks, one of which I felt inclined to purchase. As a self-proclaimed energy drink connoisseur, I simply had to try “Duff.” Seriously, it’s from The Simpsons, how can you not buy it? 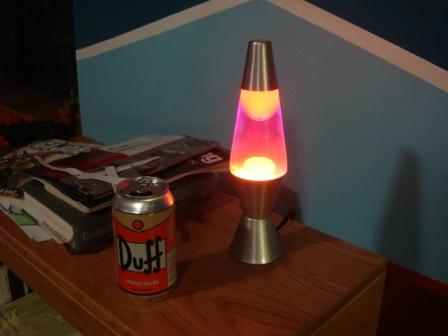 Impressions? A very good energy drink. It didn’t have that nasty, harsh flavor that Rockstar and Monster have, but it wasn’t sickeningly sweet like Red Bull. It tasted almost like a fruit Sprite. Plus, it kept me up until 3:30 AM, so that’s a plus as well.

3) My room
I’ve been meaning to get an entry up about painting my room, but until then, I’d like to at least share what it looks like. 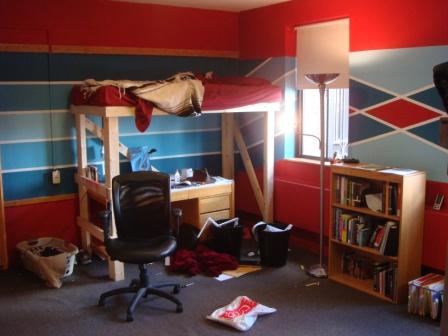 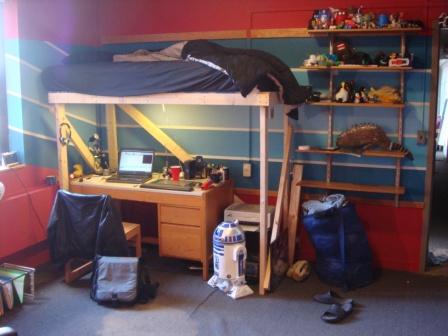 4) My Mural
They recently removed all the wood paneling in our hallway, replacing it with drywall and painting everything white. That means it’s time to paint murals! The mural I’m working on is a scene from the end of the first Mario level, with a little added flair thrown in. I’ve mentioned a couple of times that Conner 2 is English House, so an English themed mural seemed appropriate. Here it is in one of its early stages. 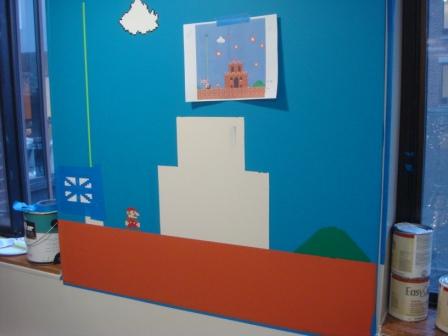 And with the flag finished 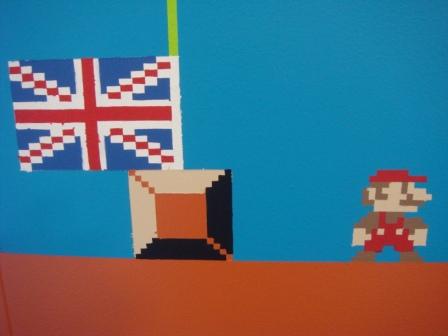 And now, with the castle currently being worked on. 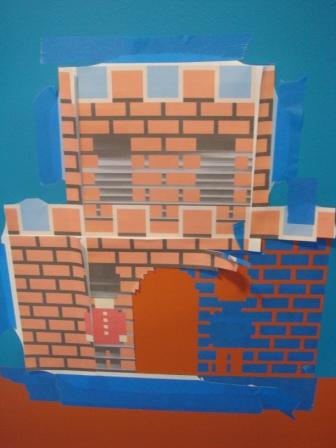 If you’ll look at how I’m doing the castle, you can get a sense for the technique I’m using to make an 8-bit mural. It involves a lot of blue tape stencils. When I’m all done I may make an instructable about it, but at this point it’s still a work in progress. I’ll also make sure to share with y’all when I’m done.

5) My Tube
The new Kaplan Newsweek “How to Get Into College” magazine is now on shelves, and features various MIT goodies all over the place, a testament to how awesome this place actually is. Of particular note is page 36, which is called “On-Campus Confidential — The latest trends in applying, achieving, and learning about life at your dream college prove there’s a place for every student.” One of the stories in that article is called “More Than An Envelope” and is all about MIT’s tube. 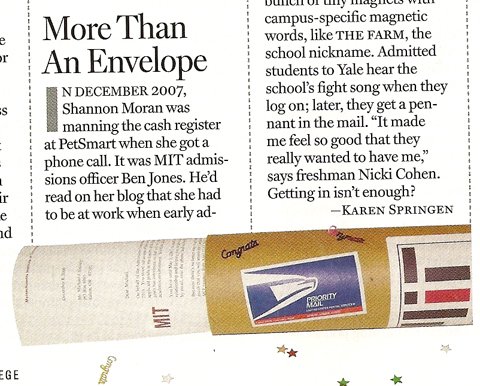 Well, kind of. Most of the article is about Shannon (a blogger for a week and already in Newsweek!) but check out that picture of the tube at the bottom. Guess who’s tube that is. That’s right, that’s my tube! Check out this PDF

and if you look carefully at the name on the acceptance letter you’ll see “Michael Snively.” Yay, I’m officially kind of in a national publication!