What do you believe in?

Part One: Getting people together.

Abstract. In our investigation of the hypothesis “wanting something doesn’t make it real”, we find one physically significant counter-example to this premise.

Let’s start from the beginning. There exists a popular webcomic called xkcd. Its creator: Randall Munroe. Generally the comic is true to its tagline. It’s nerdy, it’s cute, it’ll make you cringe, it’ll break your heart. Sometimes it’s even entirely relatable. Due to the overwhelming popularity of the webcomic here at MIT, he was extended an invitation to speak on campus, which he accepted. The event filled up 10-250, our second (third?) largest lecture hall, and there was a line at the door. I hope you get the idea. He’s kind of a big deal around here.

Then one day there was this: 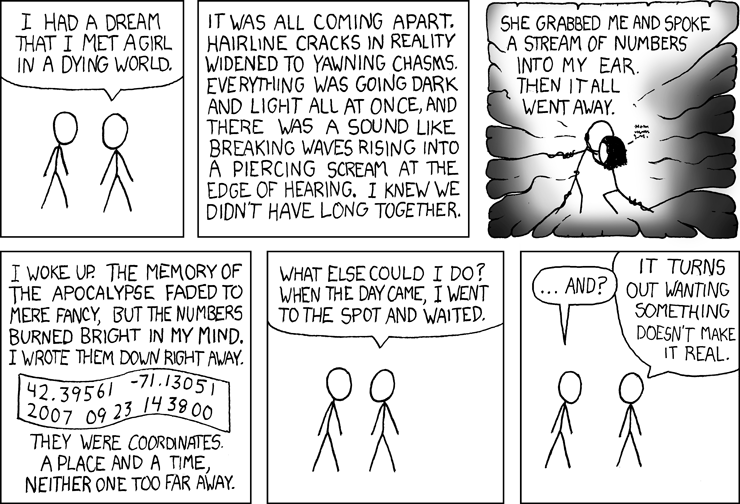 I had a dream that I met a girl in a dying world.

In it was embedded a set of coordinates and a date. The coordinates, it turns out, pointed to a park here in Cambridge and the time was September 23rd, 2007 at 2:38pm. It became a phenomenon. Fans all around the world speculated about the time and place. People booked plane tickets. Can wanting something badly enough really make it real?

This was two weeks ago. I went, along with a great many people I know. Media covering the event reported that there were “nearly a thousand” people who flocked to the park, who came from as far away as Russia. Though it was sufficiently clear that the event was about meeting like-minded people, Randall made a guest appearance, carrying whiteboards of the comic with the last frame missing. The instruction was to write a new ending. 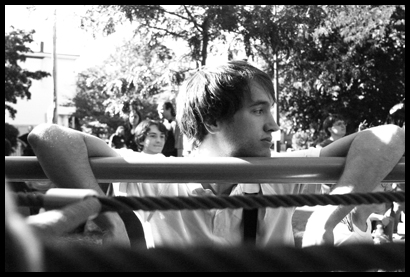 Filling in the huge last frame 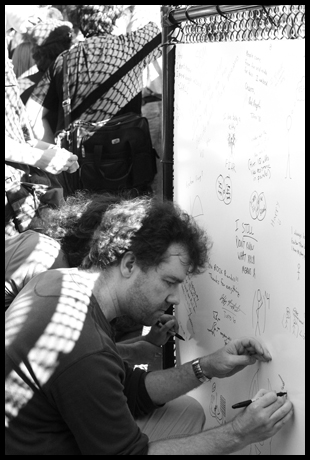 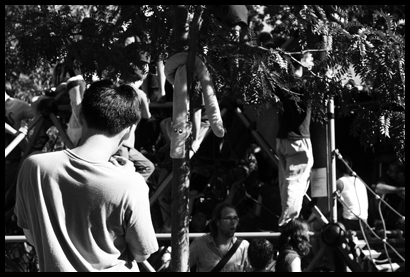 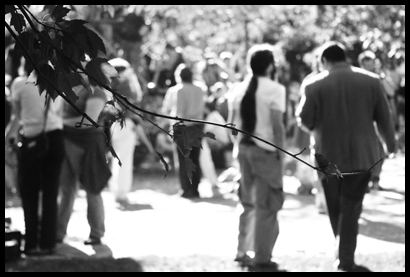 Make sure you back up your assertions with reliable sources. 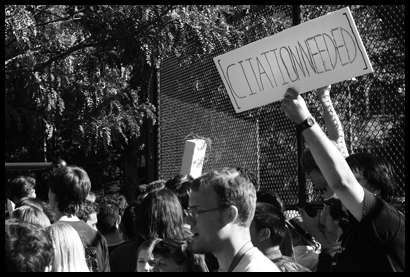 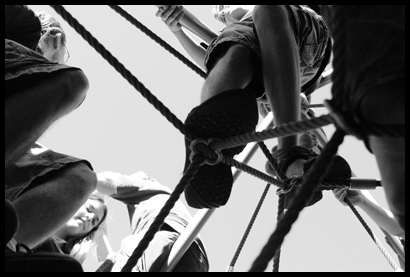 Me on the jungle gym 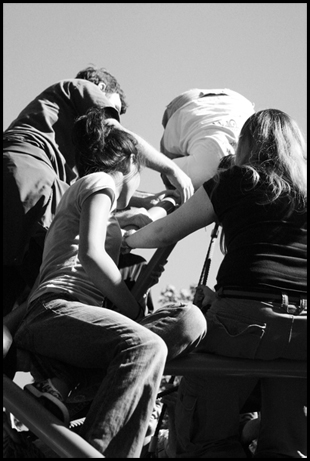 Randall amidst throngs of adoring fans 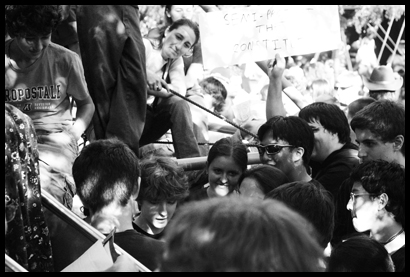 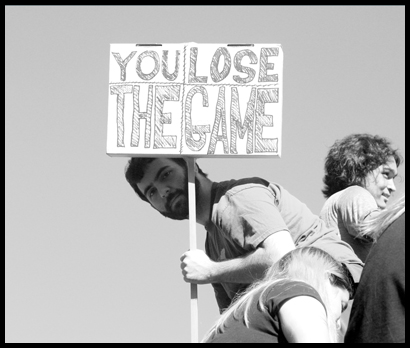 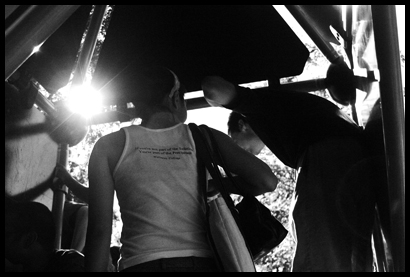 Burma (officially Myanmar) is a country of 50 million people. Crowning almost two decades of political dissatisfaction and unrest under the crippling rule of the military junta, the nation is yet again reeling from its newest wave of violence. This time, 20,000 monks marched in peaceful protest and once again, the government has launched a violent suppression. Read more about the story here.

In light of the recent tragedies, Amnesty International (MIT Chapter) held a candlelight vigil to spread awareness and send prayers for peace in Burma. The event was held on October 3rd.

I posted these two seemingly contrasting events together because they’re not all that different. There are a lot of people out there who believe in the same things you do and sometimes it takes a little push to find them. There’s power in numbers, and there’s a lot of good left to be done in this world.

The remainder of this entry will be pictures from the vigil. If this is the kind of thing that matters to you, you should consider attending some of these events. 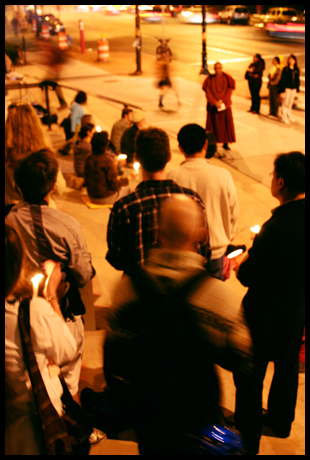 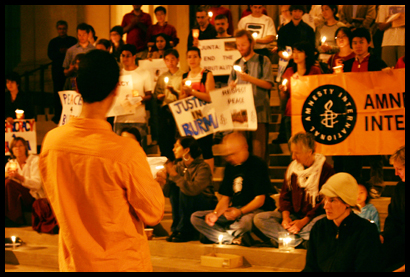 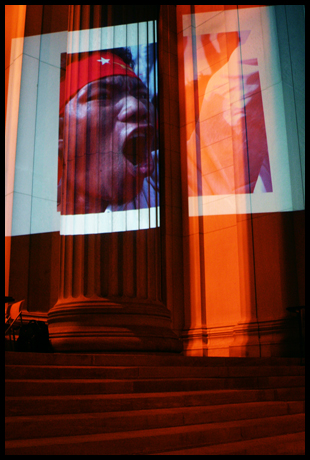 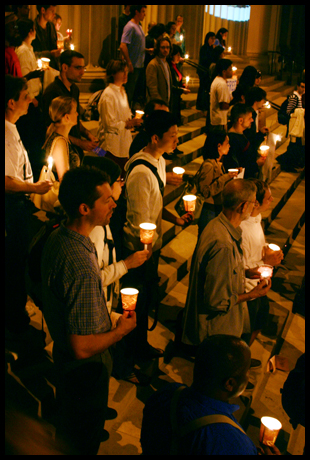 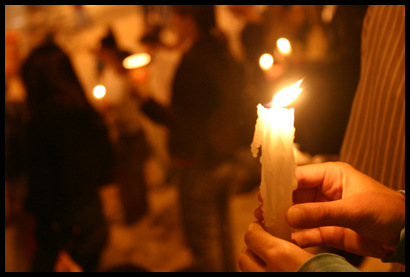 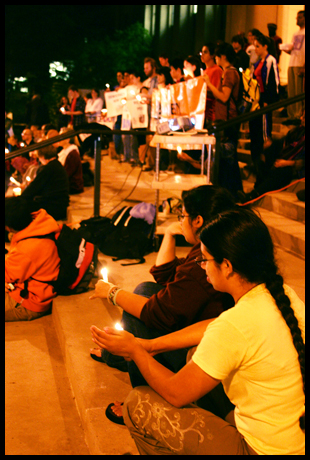 24 responses to “Come Together”