I walked into 21M.302: Harmony and Counterpoint II today to find this on the chalkboard:

Now, I wasn’t really paying that close attention at the time because I had to finish this problem, due in less than four hours: 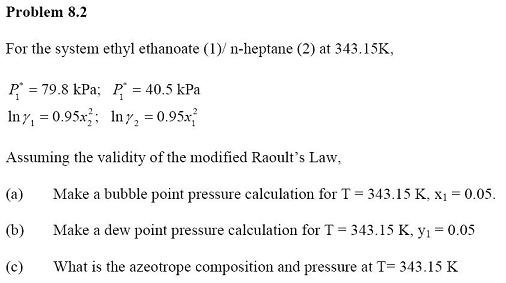 However, when Dr. Hughes started lecturing I was polite and put my activity coefficient away. He explained to us that this was a stunningly brilliant example of a diatonic descending 5ths progression in A Minor, making special note of the soprano’s oblique motion against the bass and the correct preparation and downward resolution of the sevenths in the Fmaj7 and Bhalf-dim7 chords. Every good theorician knows that in the classical style, you have to prepare the 7th degree of a chord in the prior chord and then resolve it downward to create the most pleasant voice-leading possible.

He sat down at the piano and played through the progression once, then told us that because the progression traverses the entire diatonic circle of fifths, including the tritone F-B leap, it can be repeated again.

Then he turned on his trusty MP3 player and let us listen to the piece from which this progression was excerpted.

This is what he played.

“Now you can never forget what a descending 5ths progression sounds like… no matter how hard you may try.”

Heck, it could go in Mollie’s wacky professor quotes entry… though I guess, by itself, it pales in nerdiness to some of the ones there.

Anyway, when you wake up at 4 AM after I-forget-how-many hours’ sleep and start on a thermo pset due in at 2 PM, this chorus tends to take on a special meaning. Thanks, Dr. Hughes.

In suite news, another one of my prayers was finally answered today.

Hi Ken, I just got back from my desk shift tonight and noticed that there is a large, person-sized indentation in the wall next to 224C. I do not know how or why it got there, but it appeared sometime between the hours of 9 PM and 12 AM last night. Should I alert the repair request service to this also?

This morning, much to my relief: 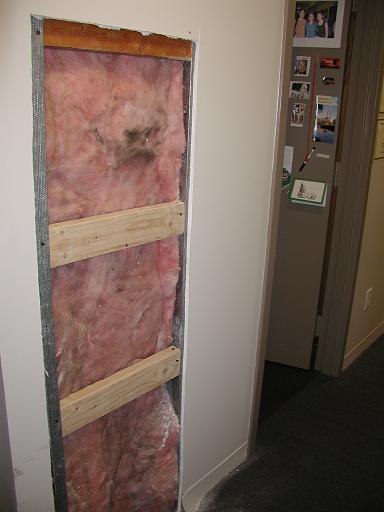 Gabe ’08 wondered if we’re in danger from possible asbestos in the walls. I assured him that I was certain the dorm had been renovated recently enough that all traces of asbestos were probably removed. Actually, I figure that between 10.28 and my UROP, it would be one of the less dangerous things available for me to accidentally inhale over the course of a day.

I think I had to send out the e-mail because I think I’m the only person on the floor that actually doesn’t “know how or why it got there.” I just got back from my shift and was like “what the …?” and everbody started laughing to themselves. However, one thing I do know is that it was not because somebody was being thrown in the shower on the eve of his or her first physics examination–that’s been outlawed for almost two years now by Dean Larry Benedict.

I like how that’s three first names but only two of them are actually his names. You rock, Dean Larry. Don’t ever change your job.

11 responses to “Fixing a hole”