Following My Passions At MIT by ARTalk

Choosing a set of colleges to apply to can be a daunting task. I discovered MIT fairly early on in my search, and when I read the Admissions Blog entries of a certain biology major (thanks, Mollie!), MIT rose to the top of my list. Even so, I couldn’t help but worry as I waited for the Admissions Staff to send back their reply. I thought that MIT was perfect for someone as passionate about biology as I was – but would MIT be so well suited for my second passion? Would a writer fit in at MIT?

After arriving at MIT, I quickly learned that my fears were groundless. Campus Preview Weekend gave me the opportunity to visit the MIT Literary Society, where I met students who were interested enough in literature that they meet in their free time to discuss it. While I was there, the topic was Herman Hesse’s Steppenwolf, and they had just finished William Gibson’s Neuromancer.

On the more stereotypically nerdy side of things, I also joined the MIT Science Fiction Society at the start of the term. MITSFS maintains a check-out library containing essentially every science fiction book published in the past forty years, including fantasy novels. They fill two large rooms full of bookshelves, and there are more (many, many more) in storage. Since it is hard to visualize how many books there are until you see them, here are some pictures to give you a better idea: 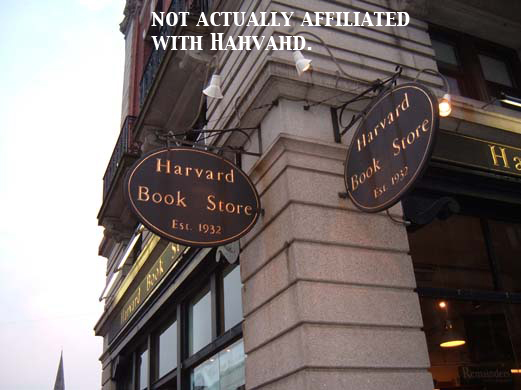 The MIT Science Fiction Society also maintains a bit of MIT culture that I think some of you, especially those of you who read science fiction, will really enjoy. Note the name of the fourth folder:

The Pinkdex is so named because it was originally maintained by another member of MITSFS, many years ago – Marilyn “Fuzzy Pink” Niven, whose husband, Larry Niven, has written or co-authored many of the books in the MITSFS library.

Clubs aren’t the only way for literature fans to express themselves, of course. Although engineering, science and mathematics are very much a part of MIT’s curriculum and culture, so too are the arts, and lovers of the written word are well-served by the Program in Writing and Humanistic Studies. From “Rhetoric” to “Playwriting” to “Science Journalism”, these classes teach students how to write more persuasively, to hone the skills they already possess, and to communicate even more clearly than before. Several months ago, I spoke with an upperclassman who had taken one of the science fiction courses. She had enjoyed it immensely, especially since her classmates and professor were enthusiastic about the subject. Every student was in the class because they wanted to be, not because a requirement made them take it – and as a result, class discussions were lively, thorough, and well-reasoned.

When the opportunity presents itself, MIT students will often go out of their way to share their love of the written word. Last November, the ESP program “Splash!” brought 1,500 local middle and high school students to the campus so that MIT students could fill their heads with information. While there were many classes on mathematics, computer programming, duct tape and even how to draw shiny things, there were also classes on sonnet writing, Shakespeare, and classic poetry. Each class was taught by MIT students who love learning about those subjects in classes or in their free time, and I was glad to see that the high schoolers were asking pertinent questions and working hard – even though the weekend is normally a chance to escape schoolwork.

Of the twenty-six people living on my dormitory hall, three of them – myself, Brian Wu ’11 and Naomi Hinchen ’11 – are also experienced writers. Naomi is just one of several students I know who successfully wrote a novel for NaNoWriMo (National Novel Writing Month) in between p-sets last November.

In short, a writer may not be the first thing that comes to mind when you picture a typical MIT student. But if you look a little more closely, you might notice that for every student with a bookshelf crammed with textbooks, there’s another with a shelf holding JRR Tolkien and George R.R. Martin, Robert Heinlein and Chaim Potok. And MIT is all the better for it.

Naomi Hinchen ’11, who participated in NaNoWriMo this November, holds up a bound copy of her first NaNo novel.

21 responses to “Following My Passions At MIT”