Sharon L. '21 joins the blogs to talk about movies and art by and large

Growing up, I wasn’t always a fan of movies. It may have been an aversion to enjoying “mainstream” culture, but I always shied away whenever family friends gushed over their favorite actors or this year’s Oscar winners. I didn’t quite understand the draw of film buffs to the black and white screen either – the action was always so drawn out, the dialogue so stuffy.

Somewhere in high school, I decided that I needed to culture myself, and took a few weeks in the start of the summer after my sophomore year to watch as many of the IMDb Top 100 films that I could. It was crazy how much a few years of perspective could bring to the movie-viewing experience. I suddenly understood so many more pop culture references, why cinematography was so contentious, how Stanley Kubrick managed to make slow action feel so tense. It was about as close to an epiphany as I’ll ever get, and I’ve since been a huge fan of cinema.

This semester, I’m taking 21L.011 – The Film Experience with Prof. Thorburn. We’ve been doing a survey of American cinema, with some international selections from Germany, Italy, France, and China thrown in. It’s really fascinating to learn about how some stylistic choice in films (choosing what dialogue to project in silent films, or where the camera focuses in a frame) have their roots in the political or social atmosphere of the time when the films were released. For instance, because audiences were not yet exposed to popular tropes in horror films, early horror genre movies would often explain more than the modern movie-goer would feel necessary. In addition, modern sexual limitations are far more forgiving than those of the early 20th century, so a number of motifs were developed to imply sexuality in films without being overly promiscuous.

I’m also part of the MIT Arts Scholars program this year. The program has been written about by Danny and Allan, Natasha, and Anna in the blogs before, and it’s just as fantastic a program as they’ve described it to be. I joined last semester after hearing about the program from a member of the MIT Animation Group, and I’ve since had the opportunity to meet crazy talented musicians, visual artists, designers, sculptors, and writers from across MIT’s campus.

Most recently, we were invited to watch Alfred Hitchcock’s Psycho (1960) with the score performed lived by the Boston Pops at Symphony Hall. Considering 21L.011 had just finished studying Rear Window and Hitchcock (we’ve talked extensively with our TA Alex about his graduate work in horror advertising) and the fantastic timing with Halloweek, I absolutely had to RSVP to attend.

The evening started off by meeting Stacy DeBartollo, Sam Magee, and the freshman from the Arts at MIT advising seminar to ride the T over to Boston. We had some great conversations about our favorite reality cooking shows, the strange phenomenon of riots after baseball games (RED SOX WON!!! although I feel like a conflicted New Yorker now), and how The Shape of Water somehow won the Oscars last year.

We met up with some more Arts Scholars at the Five Horses Tavern for a classy dinner (scallops and salmon and steak, oh my!) and more conversation about fun artsy things at MIT. I met some alumni who worked on the Borderline project, some a capella singers, and local film experts who were friends of the community. 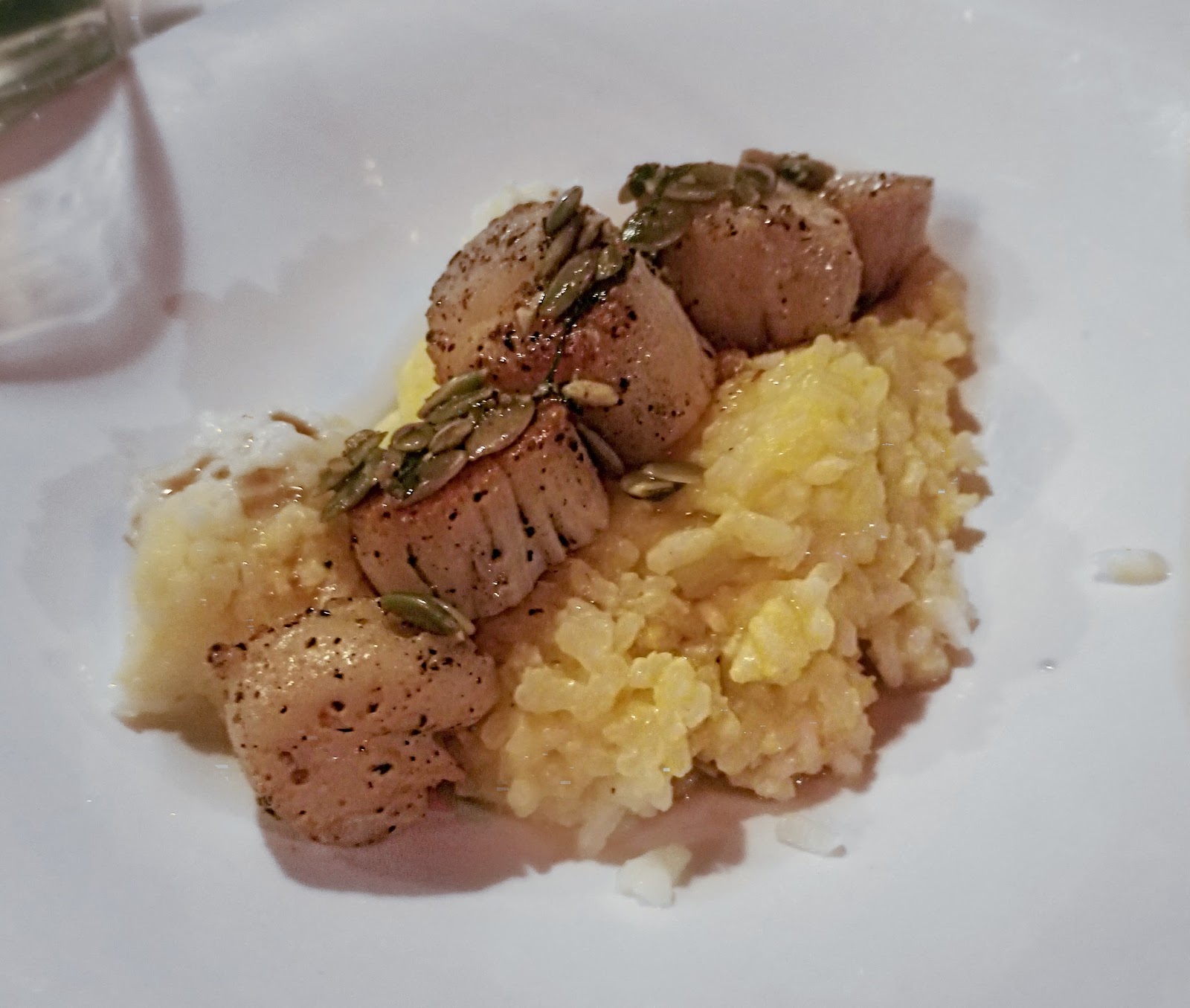 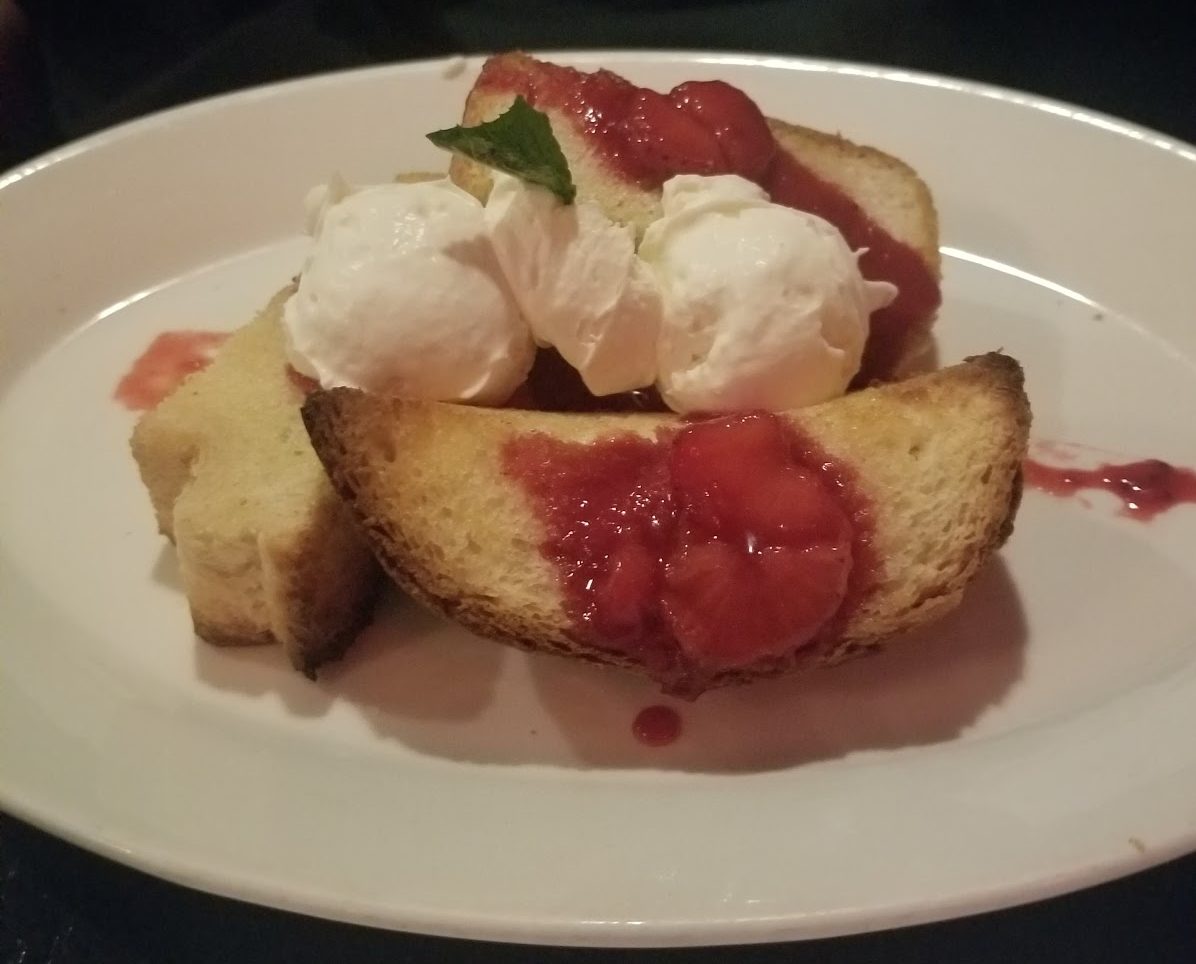 When movies were a more universal experience in the early 20th century (before the advent of television), movie theaters were palaces where everyone would go to watch the latest shorts. Since then, theaters haven’t retained that same grandeur, but going into Symphony Hall and seeing everyone dressed up, columned emblazoned with gold leafing, and fine velveted seats across the balconies, it felt like a blast from the past.

I’ve always wanted to watch a score played live. For some reason, I’ve always found movie scores so captivating – one of the hardest parts of directing is creating an emotional journey for the viewer through selective editing of visuals and sound (at least according to some schools of direction). For the horror genre in particular, it’s not always possible to rely on solely the frames on screen to create suspense and drama. 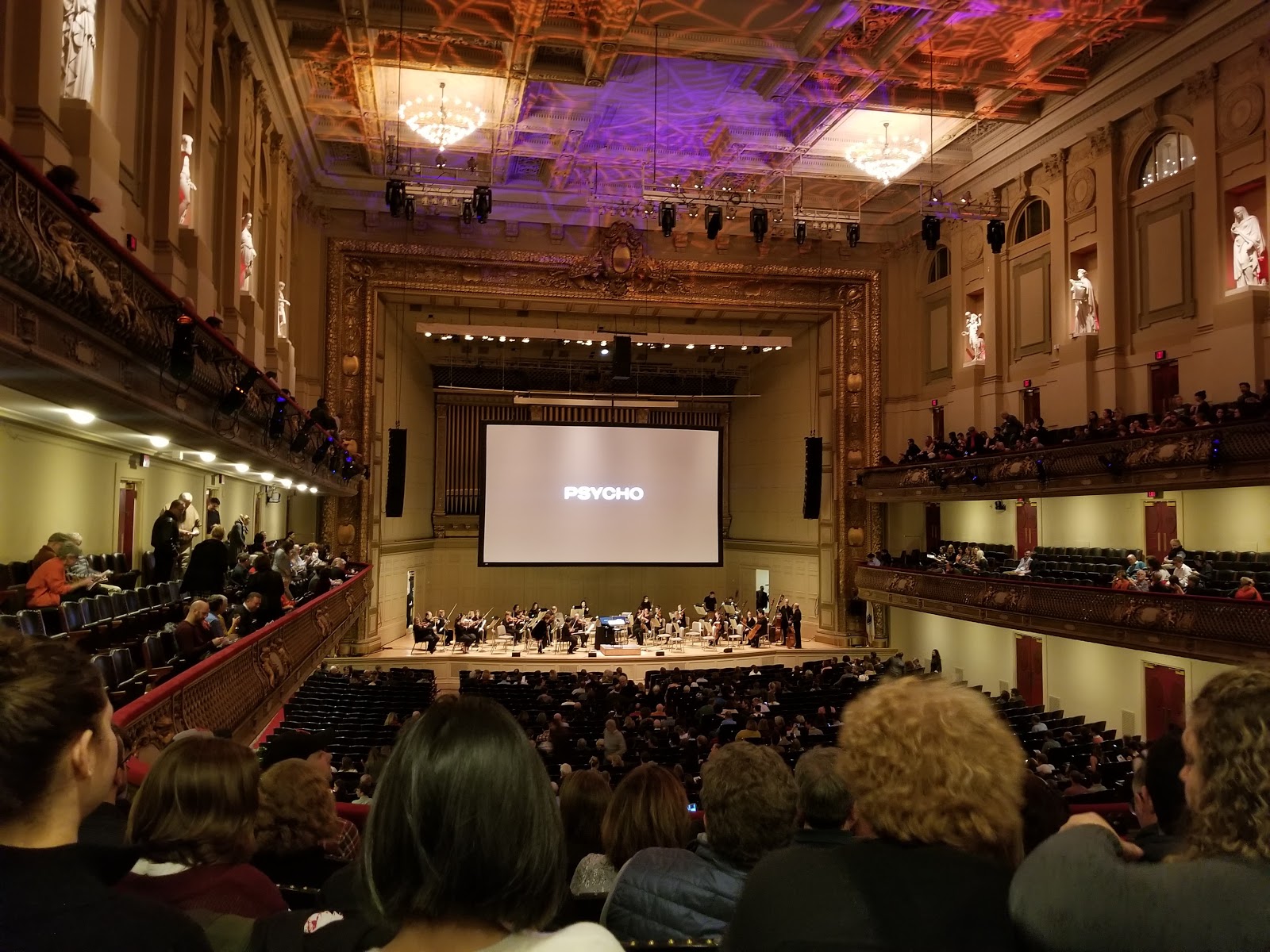 Some interesting things about Psycho:

Bernard Herrmann’s score is probably one of the more recognizable of the horror genre. Hearing it played live alongside the film was definitely spine-tingling – by the intermission, everyone was already jittery with anticipation. Although it was difficult to concentrate on both the music and the film, I thought it was so interesting that the same dissonant chords and terrifying visuals managed to be as effective today as they were in 1960.

By the time we all got back to campus, it was already 11pm. I had to finish some 6.002 (Circuits and Electronics) problems, as well as work on my D-Lab sector paper on Guatemalan manufacturing and exports.

One of my favorite things about MIT is how there’s always small study breaks being organized – whether they’re needle felting pikachus, carving pumpkins, or watching shows in Boston. There tends to be a mentality on campus where you feel pressure to constantly be busy, but taking some time off of schoolwork is honestly so worth it, especially if it’s experiencing something you’d never experience in class with people you’d never otherwise meet. Getting to see the glittering lights of Boston, hearing soft jazz playing through cafe doors, and watching the rich variety of people walking around the late night streets was also a great reminder that there’s so much beyond MIT to explore.