I Have Never Been to Beijing by Selam G. '18

A (loose) translation of the previous post written in Chinese

I have never been to Beijing. Whenever we returned to China, we always went to Shanghai, Nanjing, or Hangzhou, always somewhere in the Jiangsu province area. I remember being able to speak Shanghainese when I was little (at 3 or 4 years old, my grandmother took care of me, so I learned Shanghainese from being with her).

When I first went to China, I was four years old. We arrived in Shanghai and went straight to our relatives’ home. I only have one, clear memory from that time: once, my auntie wanted me to take a nap. She said, “if you don’t go to sleep, your uncle will cut off your nose!!”. I know that before, we were both speaking Shanghainese, and now I remember that moment in English, which is kinda funny.

When I was little, my father would also say to me, in Amharic (the national language of Ethiopia), “we are Habesha”. “Habesha” is a term that refers to the ethnic group of both Ethiopia and Eritrea, similar to “Han Chinese”. I also thought this was a lovely phrase, and would often repeat it to myself, saying “we are Habesha, we are Habesha!”

When I started going to school, the teacher would of course say, “we are Americans”. But when I looked around at my classroom or the television or the world I lived in, I didn’t feel American. I didn’t feel like I was like other Americans, though I had an American birth certificate and passport**. As a child (and even now, sometimes), whenever I introduced myself to others, I would say, “Hello, my name is Selam. I’m half Chinese and half Ethiopian.” But I also felt this phrase was inaccurate. I should have said, “I’m both Chinese and Ethiopian”. I’ve always felt I had two cultures instead of half of each of them.

There were only two types of first-generation children. The first kind didn’t appreciate their parents’ culture, or wanted to be more  mainstream American. They didn’t like eating the food their mothers cooked, and didn’t like learning their parents’ language. The second sort of child liked their family’s culture a lot, and would go to school with or seek out other kids like them to play with. At that time, I felt there were only these two types, and nothing in between.

And we? My brother and I were more like the second type, but we grew up in Denver, where there was no one like us. This wasn’t Denver’s problem, even though the area we lived in wasn’t very diverse, but actually, there weren’t people like us in the whole world (as far as we knew), half Chinese and half Ethiopian.

When we went to Shanghai, even though I could say the well known phrase, “we are Shanghainese”, other people would often stare at me and my brother. As I gradually grew older, I also became more and more afraid of speaking with other Chinese people. I lost all my Shanghainese in my American school, and was beginning to learn Mandarin. I could speak and write Chinese, but I was afraid I didn’t write or speak very well, and other people would laugh at me. I thought other people wouldn’t believe I was really Chinese, always looking only at the color of my skin. 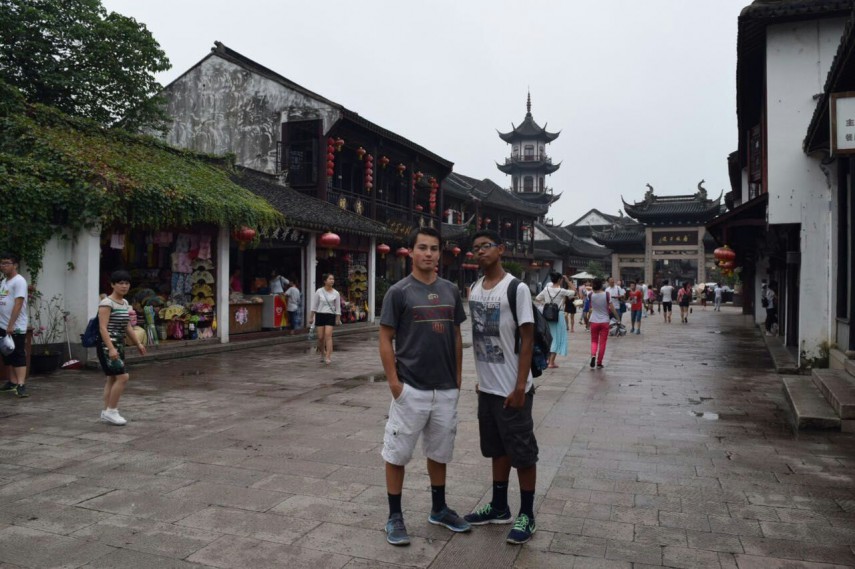 (Last summer, my brother, my mother, and some family friends traveled together in China for a vacation (I was stuck at home interning :P). This is my brother and his friend, who is also half Chinese. He is half Chinese and half American.)

This was especially a problem in the subway. No matter where in the world we went, on the subway, people would stare at us. When I was six years old, we were on the subway in Shanghai, and a lady, staring at me and my mother, said “this mother is so unresponsible! Why would she curl such a small child’s hair?” She couldn’t tell I was half African, so my hair was naturally curly.

At MIT, I’m taking a class called 21G.046: Chinese Modern Fiction and Cinema. One day, we watched a movie called Suzhou River. Suzhou River is set in Shanghai. When I saw the characteristic river and the unique scenery of Shanghai, I was quite moved. I realized that I hadn’t been to China in six years, and I had never been to China by myself. I began to bittersweetly recall my childhood trips to China, and the memories I had there.

One time, we lived in a apartment in Nanjing for a month since it was cheaper than a month-long hotel stay. It really felt like we were actually living in Nanjing. My mother, brother and I would go to the local grocery store to buy things, and then come home and cook food. I would go with my brother to the apartment complex’s swimming pool and cool off the hot summer heat, with the regular kids and families that lived around there. We went to Fu Zi Miao and the nightmarket in Nanjing. I would often hang out with my older cousin, and sometimes with the daughter of my mother’s friend. That summer, I really fell in love with Jiangsu province, especially Nanjing. 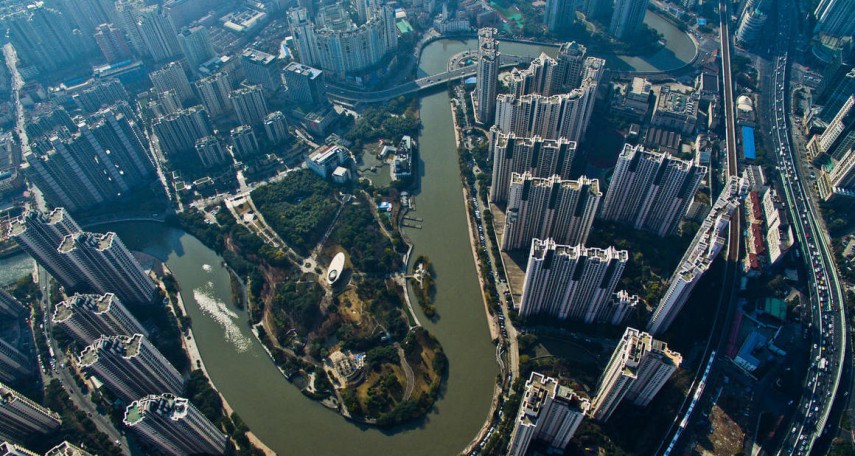 I asked my mother how to say “Sorry, I’m American, I don’t speak Chinese” in Mandarin. This way, if someone asked me a question and I didn’t understand, I could respond. But afterward, I felt this sentence was wrong. I should have corrected it to “sorry, I was born elsewhere, I don’t speak Chinese”. Because, in my heart, I felt that I was Chinese, and I thought of myself as Chinese.

But despite what others may think, I am Chinese. I am Ethiopian. I am Shanghainese. I am Habesha. I am a child of the world. There aren’t very many people like us, and so our lives are sometimes hard, full of strange contradictions and being treated in a weird way by everyone.

But I’m still proud of who I am.

A huge thanks to my 21G.110: Chinese Streamlined 4 lecturer at MIT, Jin Zhang, for her help correcting the Chinese language version of this post. Additional thanks to my mother for more Chinese-language editing help, and her commitment to exposing both my brother and I to our culture.

**As I grew older, I began to appreciate being American and also African-American as parts of my identity as well. However, I think especially since my childhood was very international–friends and relatives living at our house who didn’t speak English, having a Chinese nanny, trips to China and Ethiopia, all contrasted with a very homogenous, mostly white neighborhood and school–I felt that I was at least not exactly American, and definitely not only American.