In the Darkness of the Night by Becca H. '12

one of the strangest things I have ever experienced

Imagine a field where by day children play soccer among smoldering fire pits, grazing water buffalo and men hauling logs. Occasionally, a group of American college students come along and play ultimate Frisbee, running among the children, the buffalo, the haulers. This field was just the start of one of the most curious experiences I have probably ever had.

In lieu of a proper picture, I have made a diagram to try and explain the configuration. Bear with me, but my Paint skills are not superb. 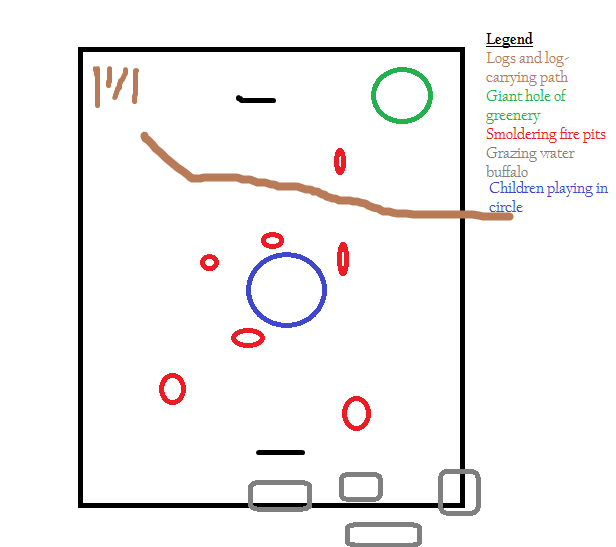 To start, I’ve definitely never played ultimate while avoiding small children kicking a soccer ball or sitting in a circle. While in Brazil, we had horses stampede across our ultimate field, but Vietnam brought water buffalo and smoldering fire pits.

This field is in Mai Chau, Vietnam, a small, kind of touristy village about 80 miles south of Vietnam where we stayed in stilt houses characteristic of the Black Thai, an ethnic minority in Vietnam. It is beautiful, and there is clean air, a distinct change from Hanoi where emission controls don’t seem to exist.

I don’t seem to have any pictures of this fabled field, but Mai Chau is a rather beautiful place. 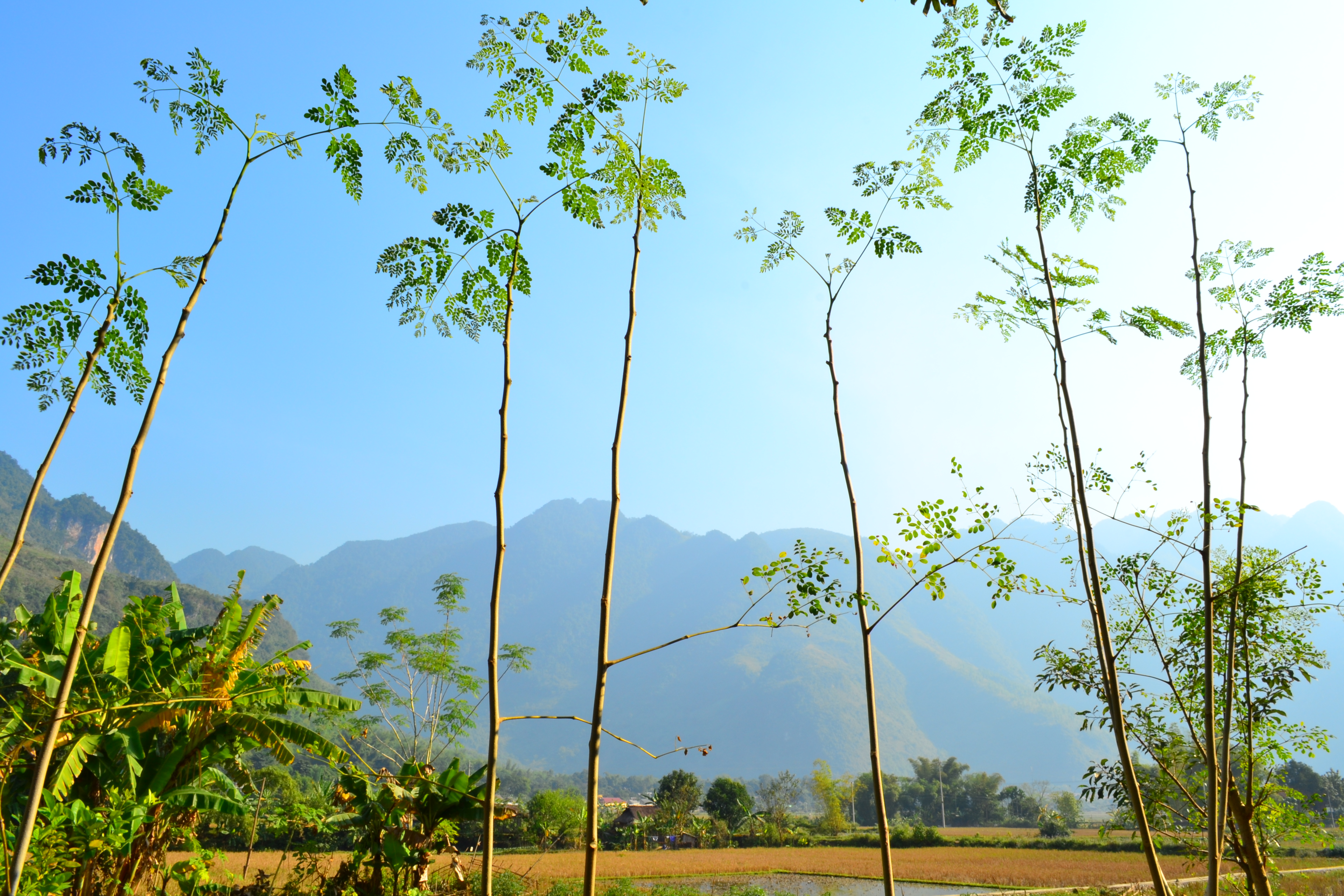 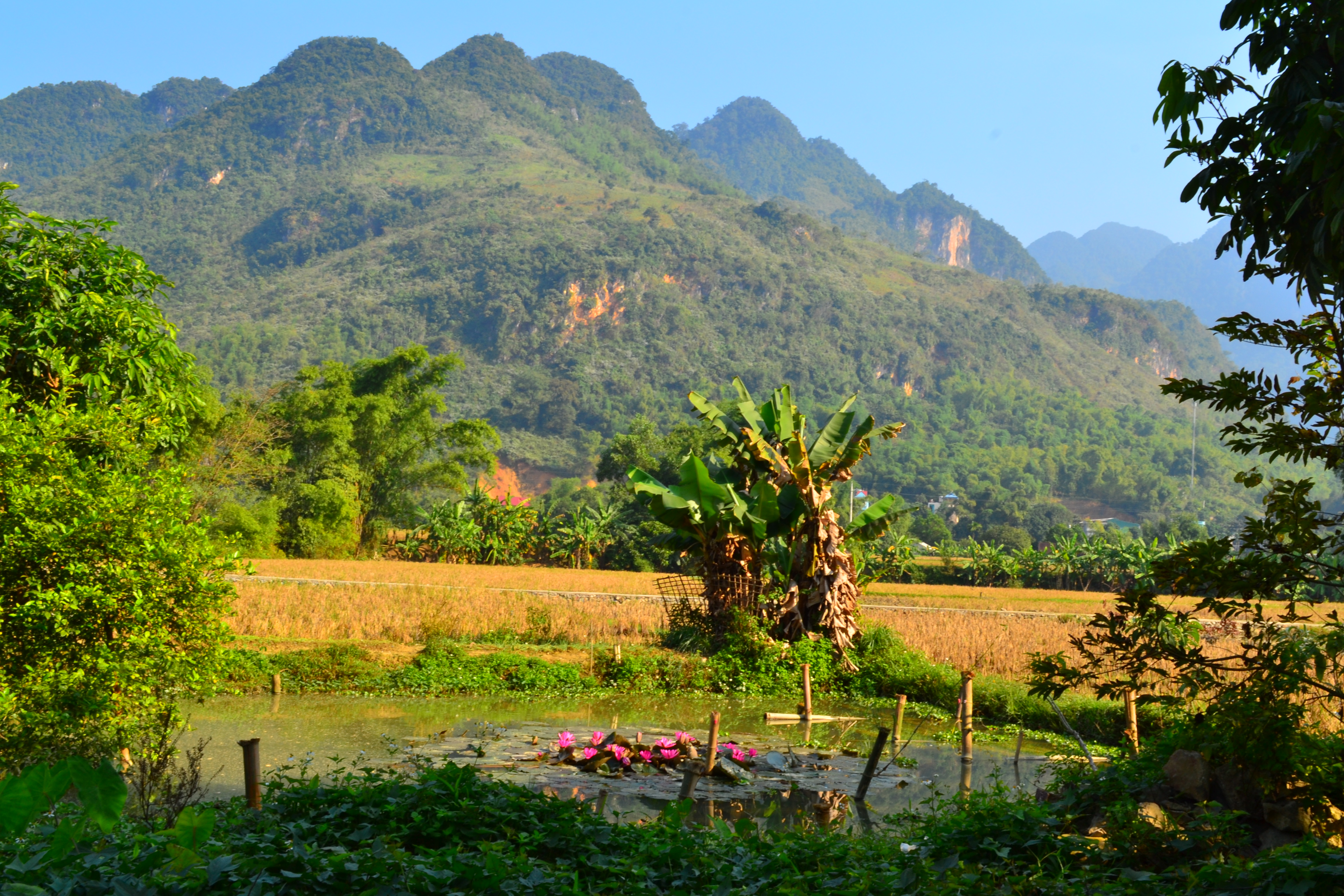 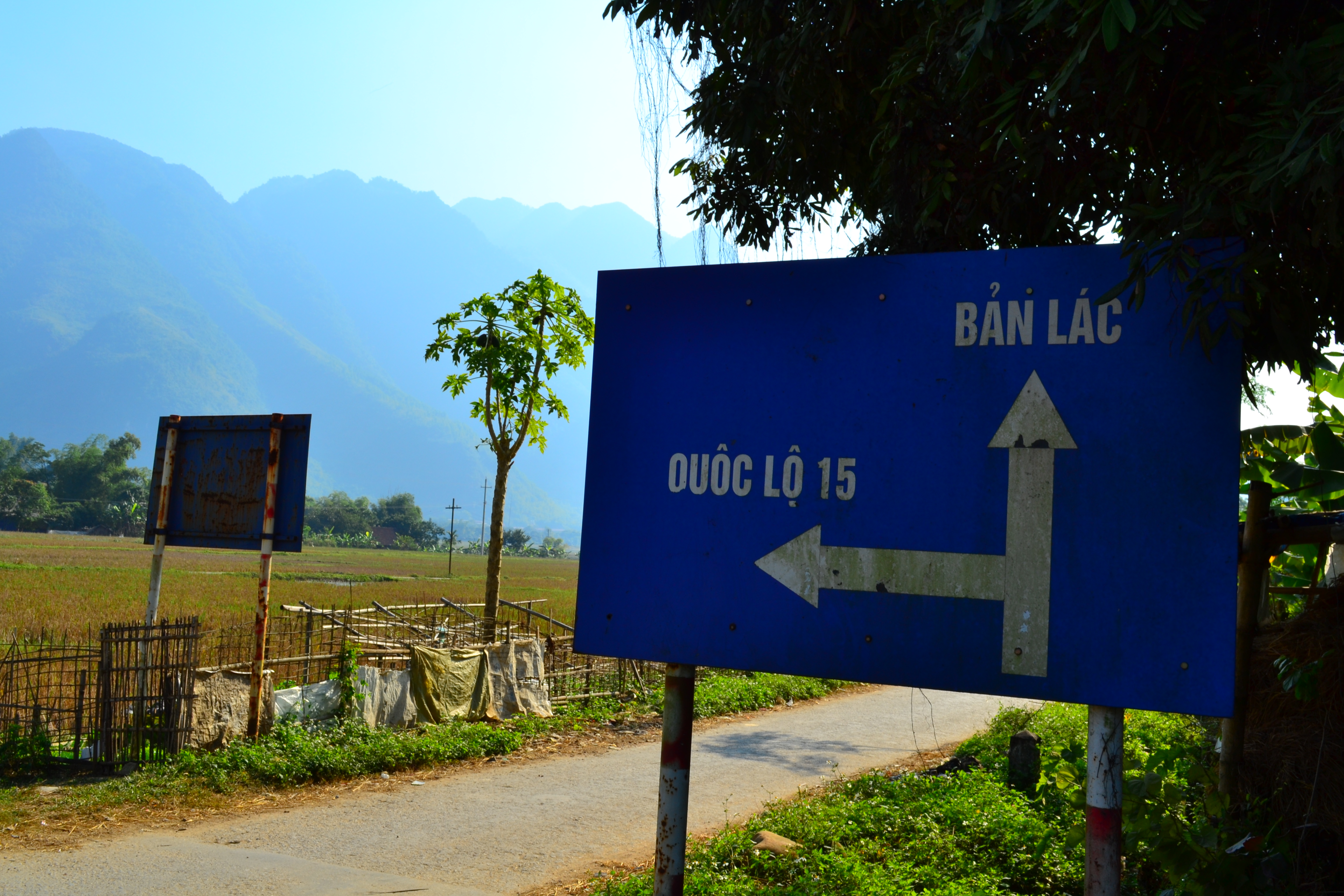 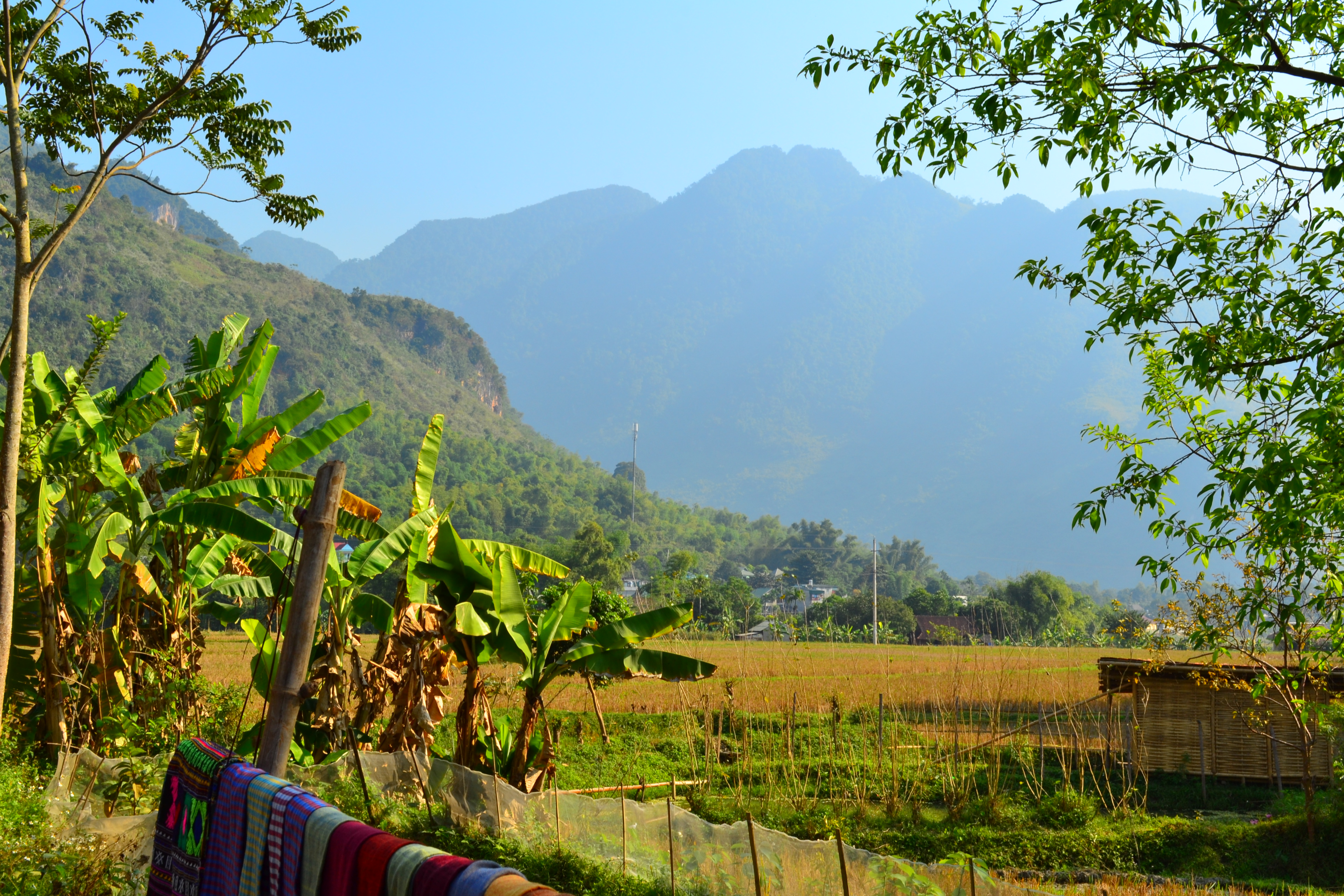 But back to what made this field the site of strange experiences. A late night stroll down the road leading out of Mai Chau, among the rice paddies. There isn’t much in the way of streetlights in Mai Chau, but in the distance, far over the bridge, there was a faint glow of bonfires. Always game for a good bonfire, our group of five decided to take a look at what was happening over the bridge.

It started out innocently. There were two bonfires going, and one group was just leaving, and starting to put out the fire, so we headed down intending to take over their fire and chill for a bit. It was extinguished before we got there, but the other group looked innocent enough, college age students with a boom box. We added ourselves to the circle and started dancing. We were welcomed, loudly, by a guy who called himself the “chief”; he would come over, yell something in English, we yelled back, and he conferred with his friends for a translation. It apparently was okay, because we ended up in a congo line, dancing to Vietnamese electronic dance music, V-pop in local terms, just having fun with our new friends.

But the fun was soon to change from the expected dance party. Our group of 5 Americans and our 20 Vietnamese friends quickly increased by 100. A hundred other young adults streamed off the unlit road onto the field, towards another bonfire that was being set-up. Another bonfire, another sound system, this time with an MC. A deserted field in the middle of rural Vietnam, inhabited in the day by water buffalo, seemed to turn into the place to be at night. Over a hundred people gathered around a large bonfire, their reason for being there unknown to us. It was starting to feel more and more like a cult gathering. We were gathered around a bonfire, arms around each other, swaying to music, listening to an emcee.

It started off with a masked man with a stick of fire being defeated by another man, who then lit a fuse leading to a wooden sign, which in English said ‘Together We Went’. We danced in a circle, switched directions, put our hands on each other’s shoulders, sat in the lap of the person to our left and to our right. We then broke up into groups of three to play games, explained to me in broken English by two girls. We were father, mother and son. At a call, two members of the family had to pick up the third and carry them towards the bonfire in the center. This was all called by an emcee with a microphone; what he was actually saying, I have no idea. It was a night of laughter, and one of the most memorable of my semester.

To this day, I have no idea what was happening or why they were there. My question of what the group was had a response of something related to psychology. Perhaps university students from a psychology program, but the details aren’t important. It was an incredible night and experience that I will not be forgetting any time soon.

One response to “In the Darkness of the Night”