Yo, I’ve been getting a lot of questions lately in the comments and I really want to do them all justice, so I’m gonna answer them next week, when my mind’s off finals. That way, I can focus totally on your questions and not on thermodynamic principles running subconsciously through my head. “MIT’s music program is like the fugacity of water in a water-ethanol system near the azeotrope point.” And whatnot.

But I digress. What have I done this weekend instead of studying for finals, exactly?

Well, what I’m doing right now is writing a blog entry. I’m doing that because I went to see Brokeback Mountain last night, and it was really one of the most profoundly effective movies I’ve ever seen. I highly recommend it. I can see how some people might find it to be a little slow, but I personally didn’t. What was slow was the several-hundred-person line outside Loew’s waiting to get into the only theater in Boston showing Brokeback Mountain on its opening night. 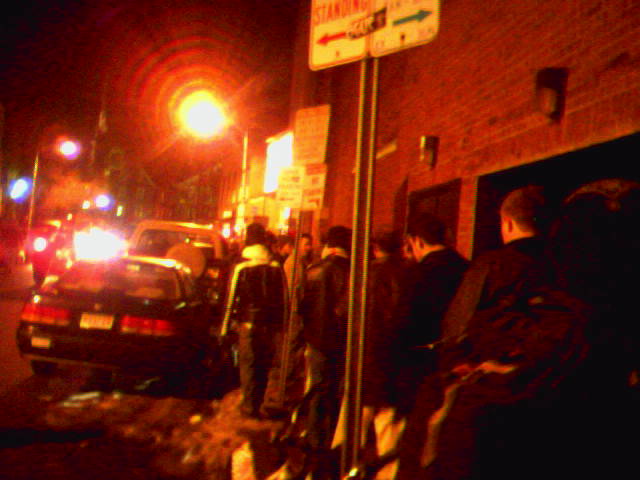 Thanks to the smooth-as-cookie-dough planning of Carter ’07, we were able to get into the theatre with enough time to find some pretty good seats near the back, affording a pretty good view of the action onscreen.

I had to hurry to Harvard because I had just got finished Christmas caroling with Moria ’06 and company outside of the Prudential Center. We did a really excellent “Silent Night,” and even recruited some people to sing with us. Anyway, we were standing half a block from the Salvation Army, and they didn’t ask us to leave or anything, so I figure we must have been doing alright.

I had to hurry to carolling because I just got out of the MITblogs ice cream social at Toscanini’s semibohemian faux punk rock creamery. In fact, I was in such a hurry that I missed the ChemE holiday party. I even missed picking up my non-denominational Secret Snowflake present, but that was cool, because what I bought for secret snowflake was not so cool anyway and didn’t really deserve a reward.

Well, it was cool, but it turns out that going to the Harvard Book Store to buy christmas presents was not such a great idea for me this year. They sell “remainders”–otherwise perfect books that just happened to fall off the back of the truck or something–for about half of the list price, and it turns out that this night they just happened to have remainders of three books that I’ve always been looking for, and that the holiday season had put me in a remarkably avaricious mood. So, in addition to “Dress Your Family in Corduroy and Denim” by David Sedaris, (hey, everybody likes modern American humorists, right? surely it will bring my secret snowflake lots of holiday cheer), I also picked up… 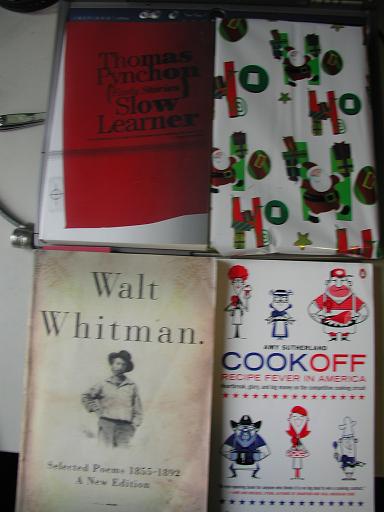 Slow Learner, the Thomas Pynchon anthology featuring “Entropy,” the short story that really made me get into Pynchon.

A Walt Whitman anthology describing itself as “a fully unexpurgated collection that restores the sexual vitality and subversive flair suppressed by Whitman himself in later editions of Leaves of Grass. It reveals that Henry James hated Whitman’s poetry, but everybody hates Henry James now. I really love Whitman and want to set his epic “When Lilacs Last in the Dooryard Bloom’d” to music (even though Hindemith beat me to that by like 40 years), so I’ve been looking for a good anthology for a while now, and one that costs $8 and features unexpurgated sexual vitality is good enough for me.

But, of course, I missed out on getting the best cooking book of all time at Barnes and Noble’s. 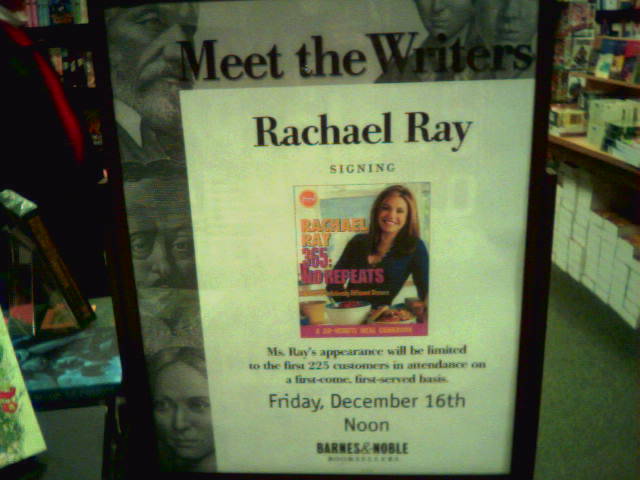 First Bruce Campbell, then Phil Keoghan, then Rachael Ray–how many more of my idols am I going to miss meeting in Boston?

Speaking of cooking, another thing I’ve done to put off studying is baking cookies! My friend and awesome pianist David graciously offered to present my Theme and Variations for me in 21M.302, so I baked him some cookies. However, I had to use Summer’s mixer to cream together the cookie dough, so I ended up making another batch for her and eating only like 20 cookies myself.

Does anybody else think of this, the most conservative children’s book ever written?

I used the amazing Alton Brown’s amazing chocolate chip cookie recipe, titled only “The Chewy,” which I recommend above all other recipes I’ve heretofore encountered, even if it does require you to go out and find bread flour for its high gluten content. Anyhoo, here’s some cookie pictures. 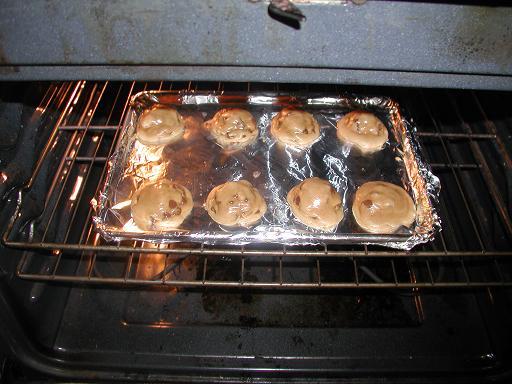 Mmm, baking cookies. Though I’m too cheap to spring for a cookie sheet, a baking sheet covered in aluminum foil is serviceable. 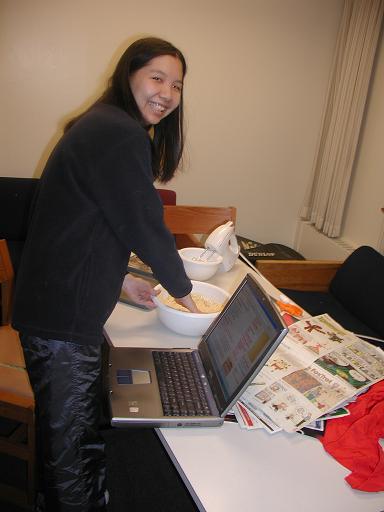 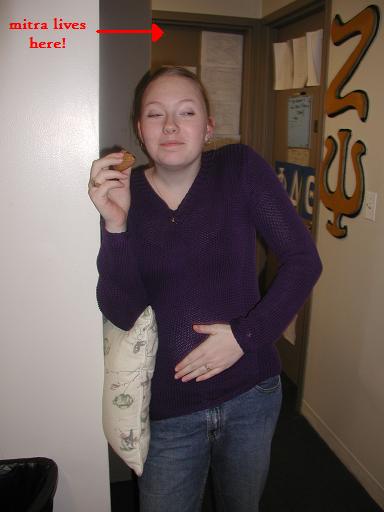 Kendall ’07 likes cookies even when she can’t stand up straight. 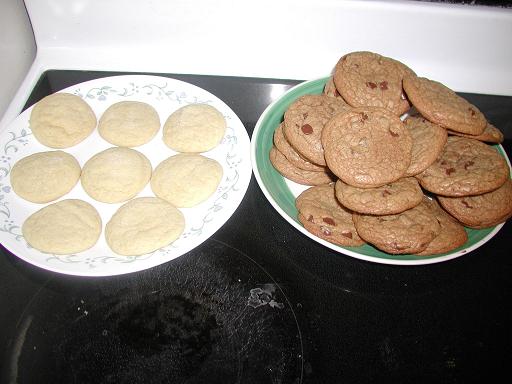 As for the rest of the week… well, it’s aptly explained by my away message:

And an obligatory quote appropriate to the end of term, epiphanies, Boston weather, and my general preparedness for finals:

“His soul swooned slowly as he heard the snow falling faintly through the universe and faintly falling, like the descent of their last end, upon all the living and the dead.”

One response to “Indiscipline”