Harvard and MIT Libraries are given a theme topic and each an afternoon to compile their research. Sam's Blog field reporter, Ruth '07, finds out what happens when paper writing stops being polite, and starts getting real.

Regardless of Sam’s recent entry, Sam is in fact an engineer, and I am queen of the humanities. I’m such a humanities geek, I’m writing this entry from my desk as Music Librarian.

So read on ahead, to learn about MIT’s Libraries, Harvard’s Libraries, and why you should go to either MIT or Harvard.

Here’s a picture of Harvard’s Widener Library to serve as a transition:

MIT Libraries is the collective organization of 8 libraries. The Barker Engineering Library is the big engineering library, hence the title, and is in room 10-500. For those of you keeping track, that means it’s under the great dome.

People tell me this is the best place to sleep on campus. Now, I developed the ability to fall asleep on command on semi-annual car trips from Georgia to Louisiana, but I think this room is good for doing work. You can hear a pen drop. And it’s pretty. Either way, there are inevitable going to be four sleeping people in the comfy chairs.
Plus, Barker is hiring.

Speaking of comfy chairs, the comfiest (sp?) chairs on campus are in my very own place of employment. The Lewis Music Library. People sleep in them all the time. I don’t, because I know the adults that work here, so it’s wierd for me to do it. But there’s someone sleeping there right now as I write this.

Dewey Library is the library that I’ve used the most, as a Political Science major. Not only is it below the offices of the Political Science Department, but it’s way the heck out of the way, and is the furthest place on campus from Burton Conner, except my classes, which are also in Political Science.

Dewey is a serious library. They have awesome research librarians that can help you with anything. Actually, all the libraries have these, but I went to one of their librarians the Friday before the Tuesday on which my 30 page paper was due and said “Hi, I’m starting a 30 page paper on Pakistan, India, and Kashmir, and it’s due on Tuesday” and he not only showed me which books to use, but how to find other equally awesome books, journals, and other periodicals.

The other libraries include Hayden Humanities Library (featuring 24 hour study room, and some awesome napping chairs), the Aero-Astro Library, Lindgren Library (of the Earth, Atmospheric & Planetary Science fame, in the Green Building, and the “Science Library” which is actually part of Hayden. This leaves us with my new favorite library – Rotch.

Rotch is on the second floor of building seven, but extends over seven floors. It’s home to a GIS lab, as well as the resources of courses 4 (architecture/art) and 11 (urban studies and planning). Plus, some cool artsy exhibits worth checking out.

Anyway, my story begins at Rotch. I’ve got a paper for 11.015 Riots Strikes and Conspriracies in American History that is due on Thursday. Actually, this paper is a small, introductory paper to the major collosal paper due in December, just like four out of my five class this term. But that is neither here nor there. What I need is some primary accounts of the Zoot Suit Riots in 1943.

So I’m at Rotch, and I’ve milked Barton for books already. Then I milk Vera (the e-journal and database search) for articles on my subject.

Did you know, MIT affiliates have access to the New York Times archive dating back to 1851, as well as tons of other newspapers and magazines?

The New York Times is great, but what I need is the Los Angeles Times. Well, the Los Angeles Daily News would be better, but not even the New York Public Library has that from 1943, as willing as I am to Greyhound it over to New York, stake out the microfilm from open to close, and then write my paper on the way back at 5 am. Sadly, MIT doesn’t have either of these papers past 1989, but Harvard does. 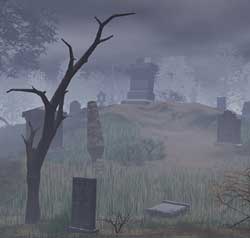 It was time for a picture.

MIT has great libraries. Most people will be a-ok sticking on campus for their research, but I prefer that extra mile. Plus, it’s just so convienant to get around Boston! Last year, I staked out the Boston Public Library (Copley Square on the Green Line) for 2 days, and this past summer I lived at the Boston University Science Library (10 minute bike ride) for several weeks. But Harvard (two stops outbound on the Red Line) is another story.

As a student of MIT, I’m welcome to join the Boston Library Consortium. This means, without living in Massachusetts, I have free access to the libraries of Boston, BU, Brown, Northeastern, UConn, UMass, UNH, Williams, BC, Tufts, Berkelee School of Music, Wellesley, Brandeis, and the Marine Biological Laboratory & Woods Hole Oceanographic Institution. If only course 13 still existed. These schools all get to offer their students privledges at MIT. The exception to this nice communal sense of collective learning is Harvard.

Harvard takes its libraries seriously. Very seriously. As an undergrad, there’s a special form that I must get signed by a research librarian from MIT proving that the materials I need aren’t at any school in the Boston Library Consortium, only at Harvard, and that I will give them my first 2 children.

This form-filling out process takes a while, unless you go to Rotch. Hence, it’s my new favorite library on Earth. I did give it an honest effort, and this particular book is only at Harvard.

Once getting to Harvard and into Widener, I learned the particular book sucked, and microfilm is awesome. So I searched the LA Times over 3 years to lots of avail. And saw a Gutenberg Bible.

Speaking of Gutenbergs, my GRT, Chris, has informed me that the University of Texas, his alma mater, has its very own Gutenberg. Now, you might say that having a Bible from 1455 is cool enough, but UT’s copy has a long horn watermark. Basically, according to Chris, UT found out such a copy existed, and did what was nessecary to acquire it.

But the next day, Chris, the guy who was shipwrecked on a deserted island, struck by a board with a nail in it as a child, got frostbite, and is married to Summer (the most awesome cook ever), told me he was second cousins with Gwen Stefani of No Doubt, and I’m starting to not believe him any more.

After stealing a pencil that said “Widener Library,” and on my way through the security checkpoint to exit the library, the people in front of me were chatting up the nice gaurd. Turns out, a ’10 and his grandfather were touring MIT, and the grandfather, a Harvard alum, wanted to show his grandson what a real library looked like. I, still wearing my MIT merc, calmly said that “Harvard’s pretty good, but you should go to MIT if you ever want a job in anything the least dependent on skill.” An awkward laugh ensued, but fortunatly, I had no stolen books, and they were all very nice. That got me thinking:

I choose MIT because I wanted to be in computer science, and, well, MIT is number one for that. But now that I’m political science/urban planning, would I repeat that decision?

I think so. I like the laid back atmosphere. I love that there are so many things here I can try. I have committement issues, so being able to grace rugby, marching band, journalism, and dodgeball in one month is pretty awesome. Everyone is so welcoming at MIT, into whatever class, major, club, sport, activity, whatever you want to do.

I also like science in general. Sure, I major in political “science,” but my pre-thesis class is all about our TA trying to prove to us that political science can be science-y. Everyone thinks very analytically. And I like being a nerd. I can say things like “I’m an electron, I’m going to choose whatever lowers my energy state.”

But lots of people choose Harvard. The obvious “it’s Harvard” comes to mind. Some people back home thought MIT was in Michigan, and my principal thought it was in Mississippi. Harvard has some awesome name recognition.

Harvard also has that whole “English University Feel” to it. MIT has the Cambridge-MIT Exchange which will actually send you to an English University, but that’s not the same as walking around a place designed after the English university system for all four years. Some people go for that kind of thing. Harry Potter certainly made it cool. I personally like feeling more independent – here I’m in a more urban area and allowed more responsibilities.

So that’s my take on the MIT-Harvard thing. Anybody have anything else to add? Why’d you pick one over the other?