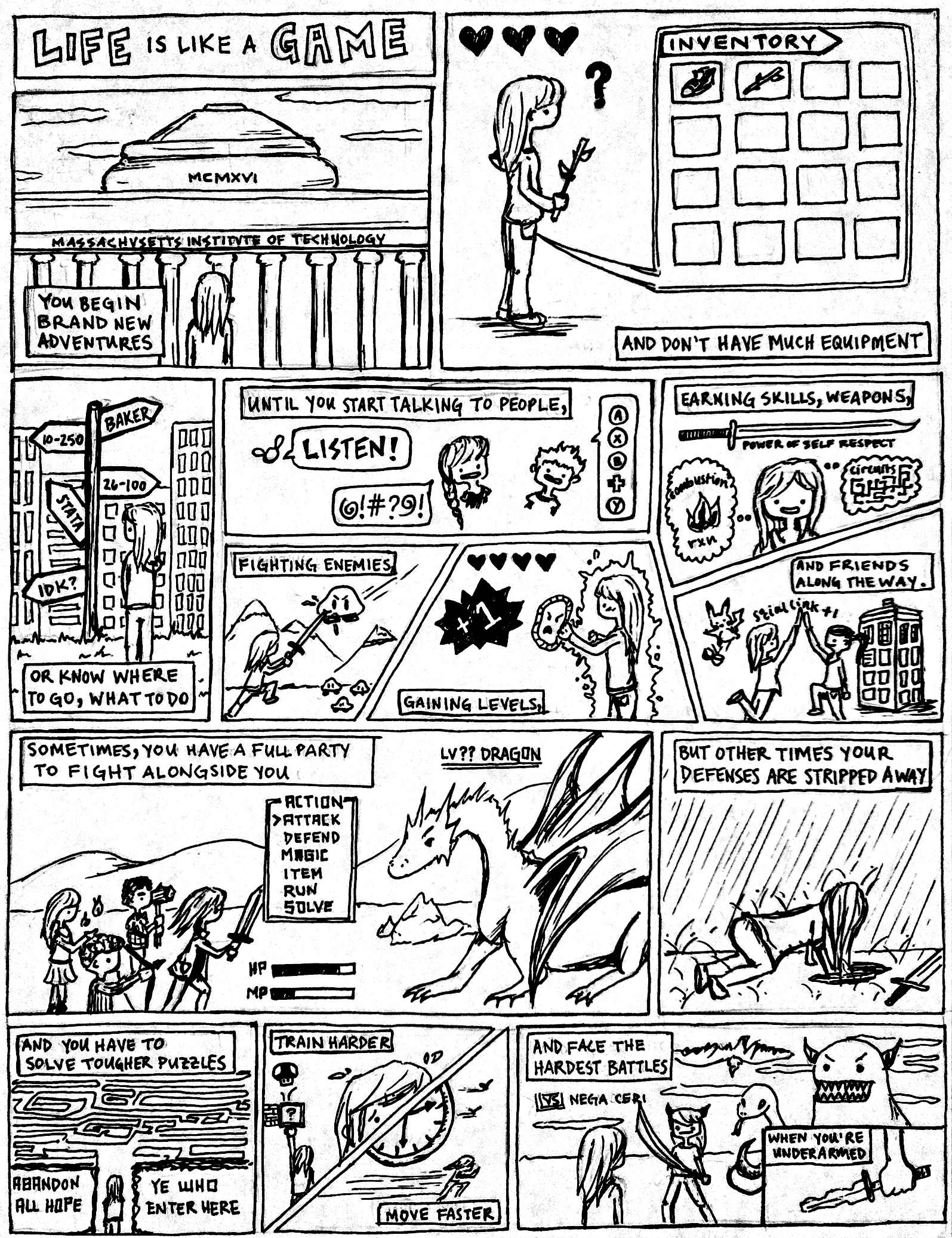 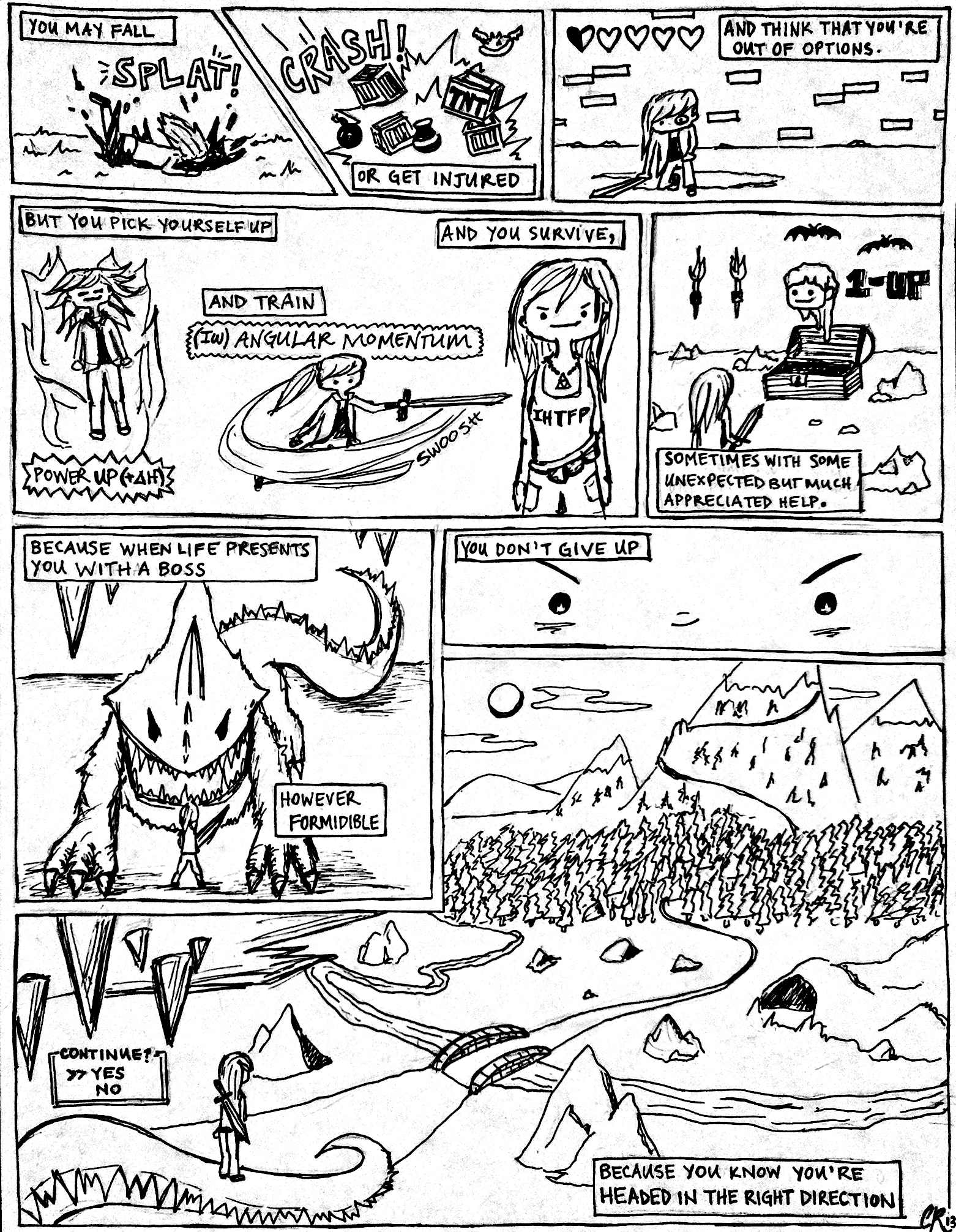 It’s been a pretty rough week, so I took a break and drew out my struggles. For some reason (mostly the fact that I’m a media dork at heart), a video game metaphor was easiest to conceptualize in comic form, so enjoy all the references… including a couple cheesy direct nods to MIT amongst the autobiographical brainbarf in which the monsters are classes and beastly exams and self-doubt and stuff. Though I hope that bit was pretty clear.

Also, comics are fun to play around with, even though I have very little knowledge of what I’m doing. Mostly going off instinct, referencing artists I like, and hoping for the best. So I might try to include a mini strip every couple of posts, if I think of a joke or something.