The only course that comes remotely close to being as badass as aero/astro is nuclear engineering and even they don’t have jet engines.

If you’re an aero/astro major at MIT you, too, will take a (24-unit) class called Unified Engineering your sophomore year. Mostly, you get to wake up at obscene hours of the morning to attend a 2 hour long double lecture. And you get to do this every day. You get to do one double-pset and a lab each week, sit through eight full-length exams per semester, and spend sleepless nights cursing stress tensors and wondering how you’ll ever make it through this week. If that’s not enough to make you just DIE to be an aero/astro major, you also get to do this:

It has lightning bolts on the side and its name is Grease Lightning. Its empty mass is 0.1kg and coefficient of drag is 0.21. The lightning bolts make it faster while the paint job makes it stylish; a perfect combination of aesthetics and performance, I introduce to you our pride and joy, our fast and our furious, our bottle rocket.

Lab 6: Design and test your own water bottle rocket.
Work with a partner to design, build, and test a water rocket with an objective of maximizing the height of trajectory. You may do anything to the bottle except cut into it. The winning team will have the greatest average max height over their two best flights.

10 hours in the lab and it was born. Held together by an indiscernible combination of tape, glue, and more glue, it sat atop my mini-fridge for a long, suspenseful day before its first chance at the launch pad. Will it live up to its name? Will it make it through this day? Only time will tell.

After a fitful night’s sleep we head for Briggs Field where everything was coming to a head. On our way I take pictures. 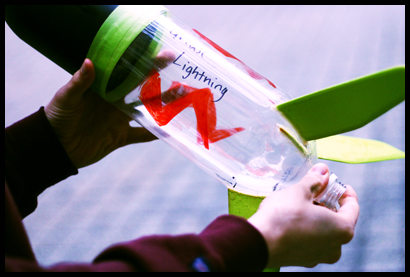 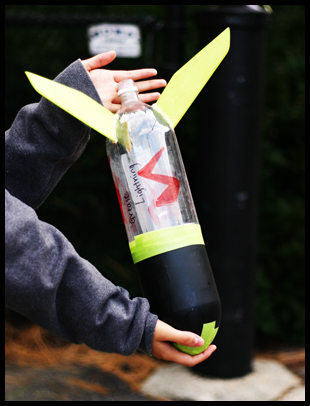 Jesse explains the aerodynamic properties of our rocket. He goes into depth about the streamlined design of the tip to minimize drag, the payload inside the nose and the extended length that shift the center of mass upward to increase stability. He talks about the 120 degree separation of the fins and their careful placement to create maximum rocket stability while minimizing drag, and the rounded leading edge of the fin to gently separate the airflow over its two faces and the sharp trailing edge to bring it back together. He talks about the carefully chosen name and color scheme and how they were NOT indeed the whims of a giggling school girl and the only two colors of spray paint we found in the cabinet. 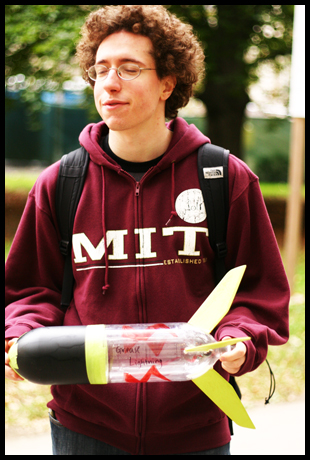 Yes but what does a rocket do, Jesse? 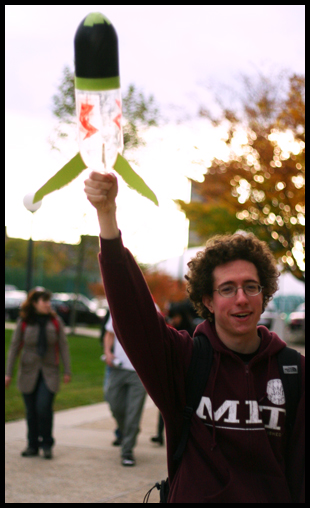 For those that are interested, this is our official design: 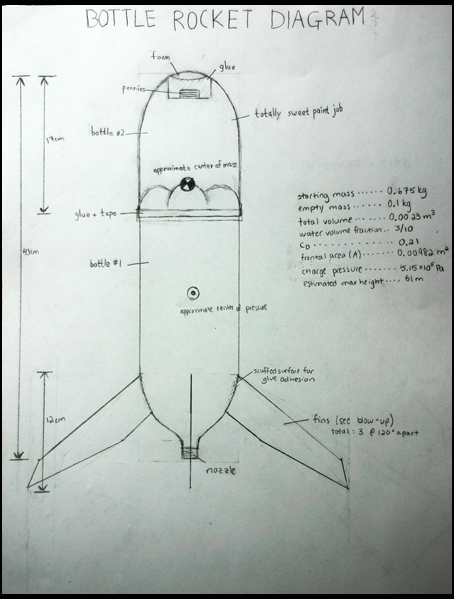 (Fearing I might intimidate prospective freshmen with the perceived meticulousness of the average MIT student, I feel I must interrupt this blog entry to share with you something much more representative of the typical caliber of my work, 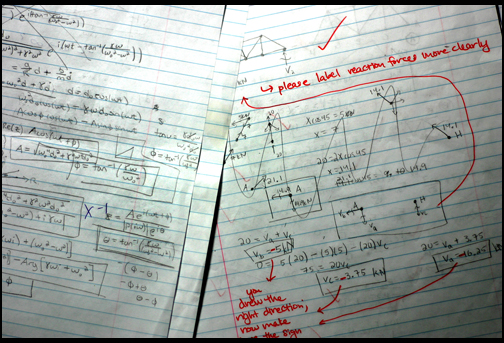 and what “labeled diagrams” usually means to me: 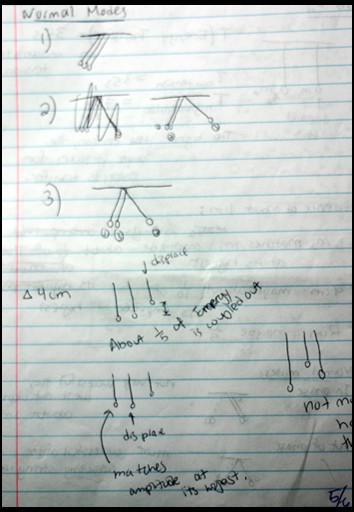 Upon arrival we could tell the competition was going to be stiff. We were intimidated by the other teams’ looks of ruthless determination. 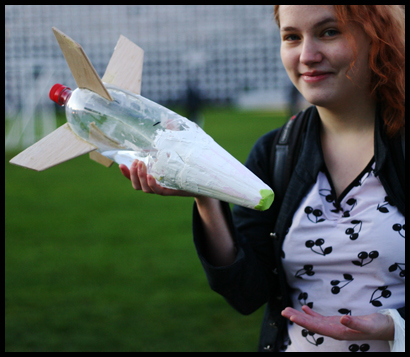 Each one fiercer than the last. 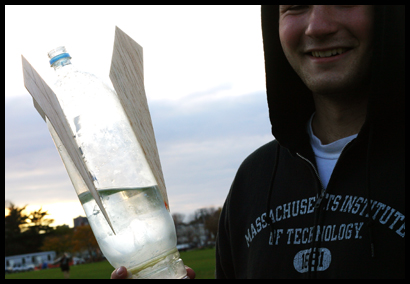 We watched them each set up, 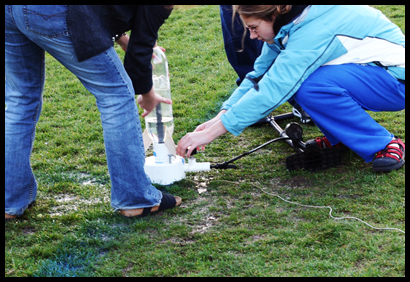 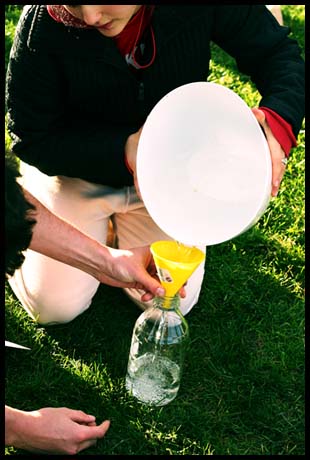 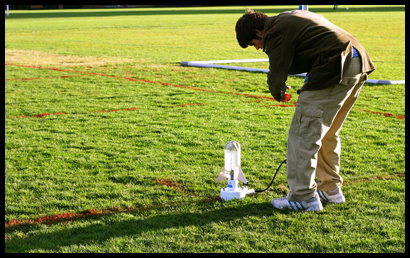 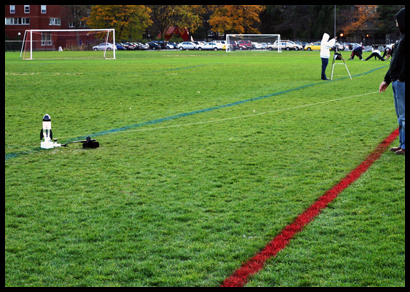 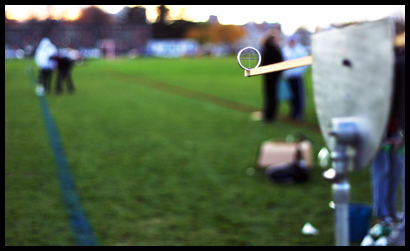 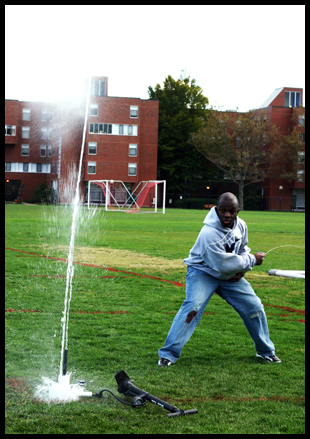 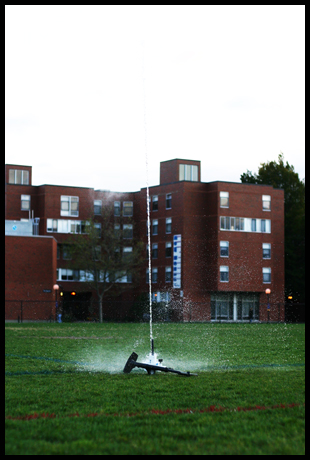 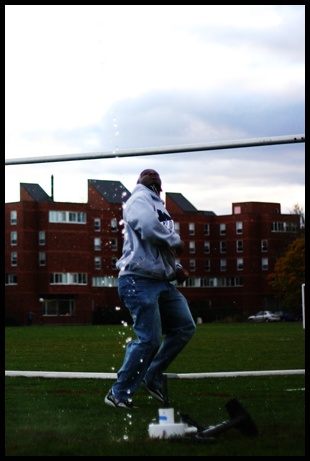 Rockets shot up so high they were only a dot in the sky. 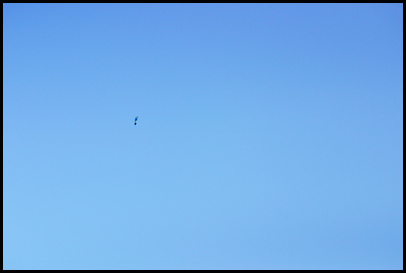 By the time it was our turn it’d started getting dark and I have to admit we were pretty excited. My pictures became sporadic because I was giddy. Also, I was helping out in whatever way I could. Our success or failure rested heavy on my frail but determined shoulders.

I decided to let my assistant do the honors. 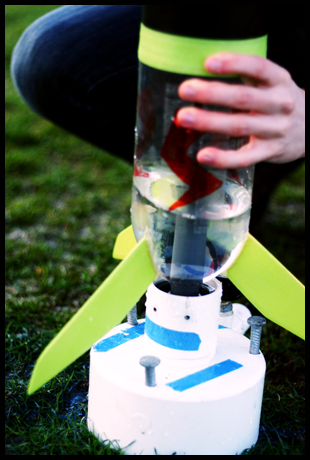 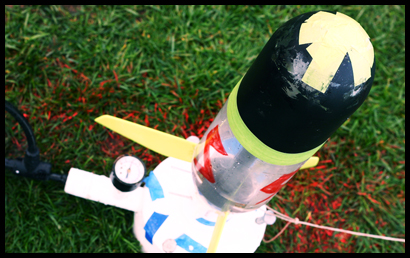 And off it went. 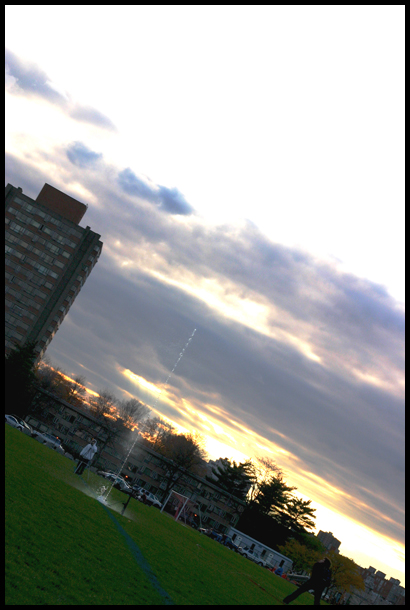 I tried really hard to get a picture of the rocket in its ascent before it left the upper atmosphere but the shutter speed was too long (it was getting quite dark) and it was moving too fast and ended up disappearing in each picture. However, I did get a nice snapshot of it in orbit: 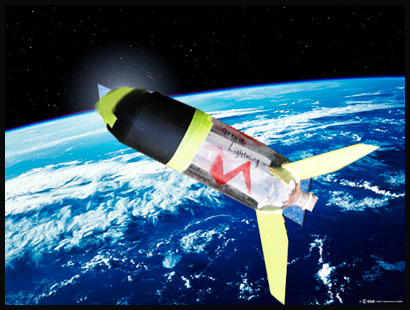 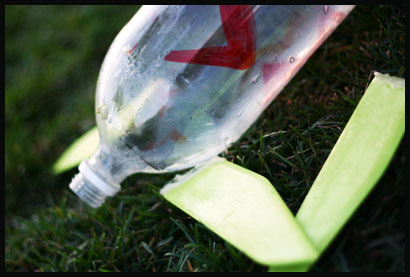 No matter, our launch was regaled as a stunning success (max height >90m). We packed up and headed off the field feeling pretty darn good about ourselves. And had a post-launch celebration: 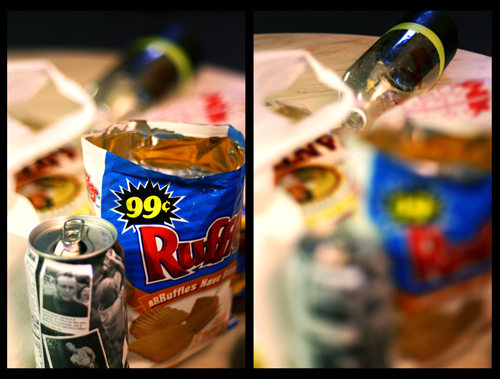 I will leave you with a deeply moving tribute I like to call “All-American Football Hero Walking Away Looks Back Longingly Under a Turbulent Sky. Near Briggs Field.” 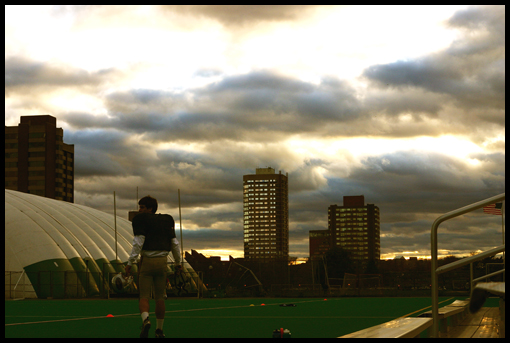 Have a great weekend! Yeah!