It's something to be excited about!!!!!

One of my favorite things about MIT might also be the most obvious: it’s in Boston!

While at MIT, I’ve been able to hang out with a lot of awesome Boston-area college students. Considering that a lot of other universities aren’t necessarily in cities or around many other colleges, I’ve definitely considered this a unique opportunity. 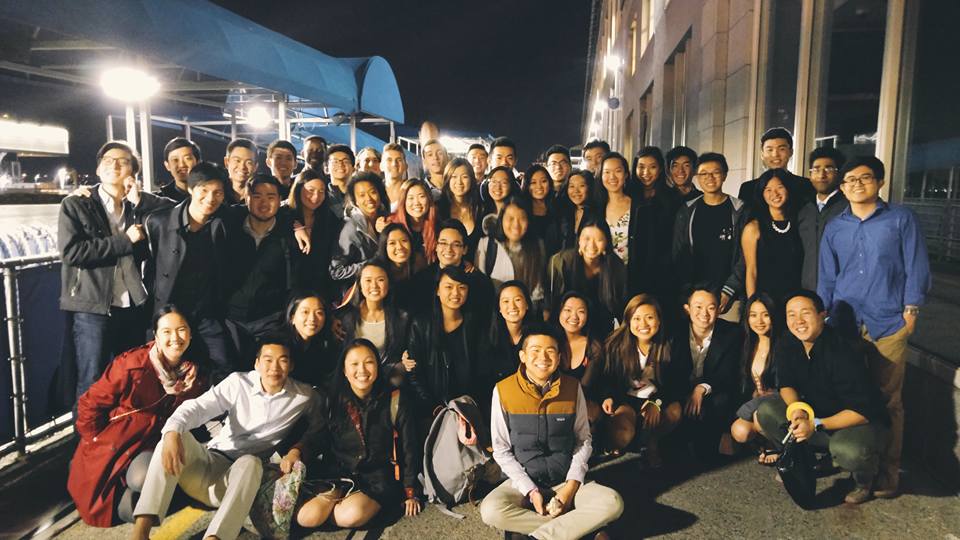 This year’s MIT Chinese Students’ Club and Harvard-Radcliffe Chinese Students’ Association executive boards, together, after our annual Utopia Boat Cruise event. We’re at the World Trade Center in Boston, on the dock where the boat leaves and returns to. 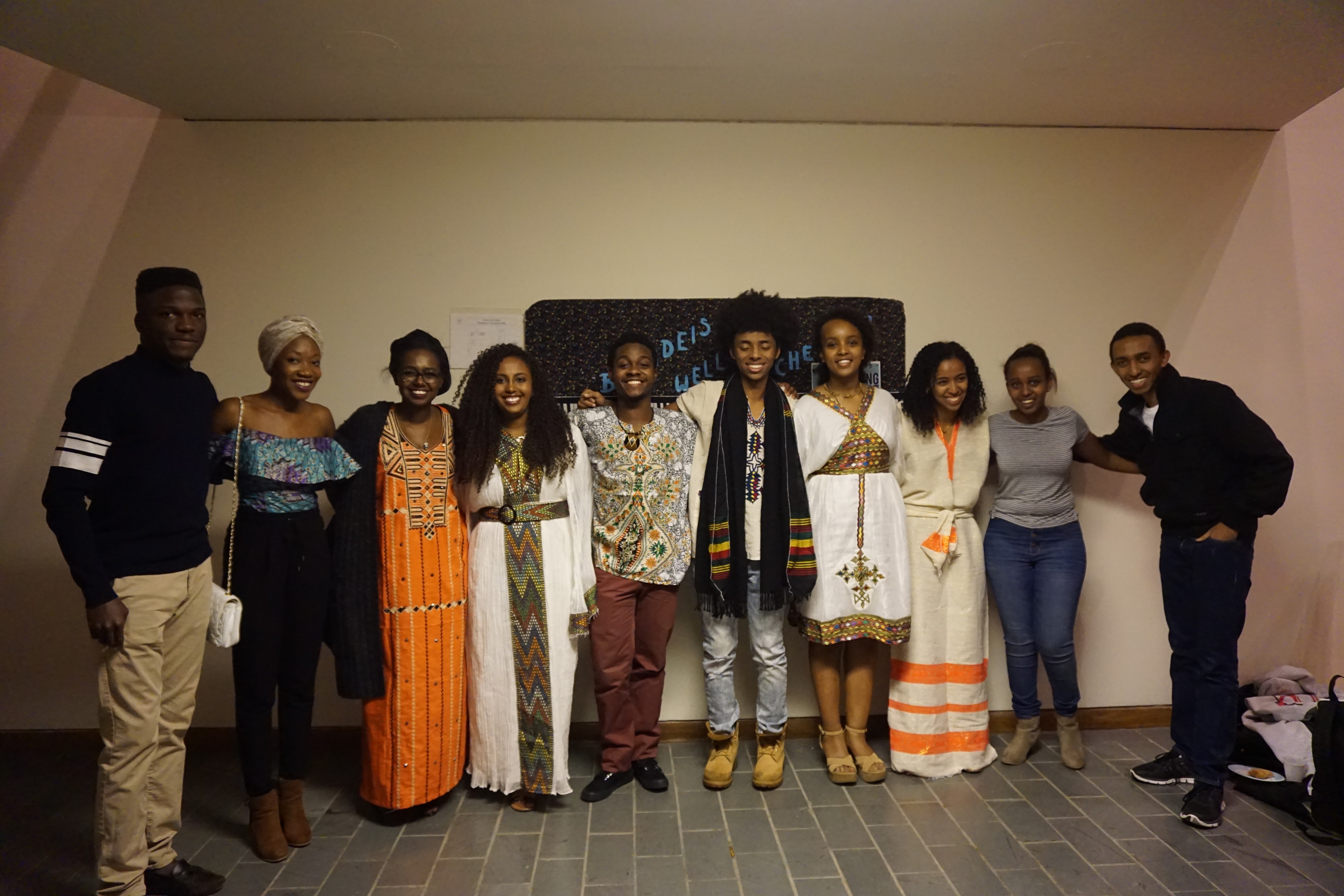 Some MIT EESA and MIT ASA members, looking sharp for the fashion show and/or supporting their fellow club members. 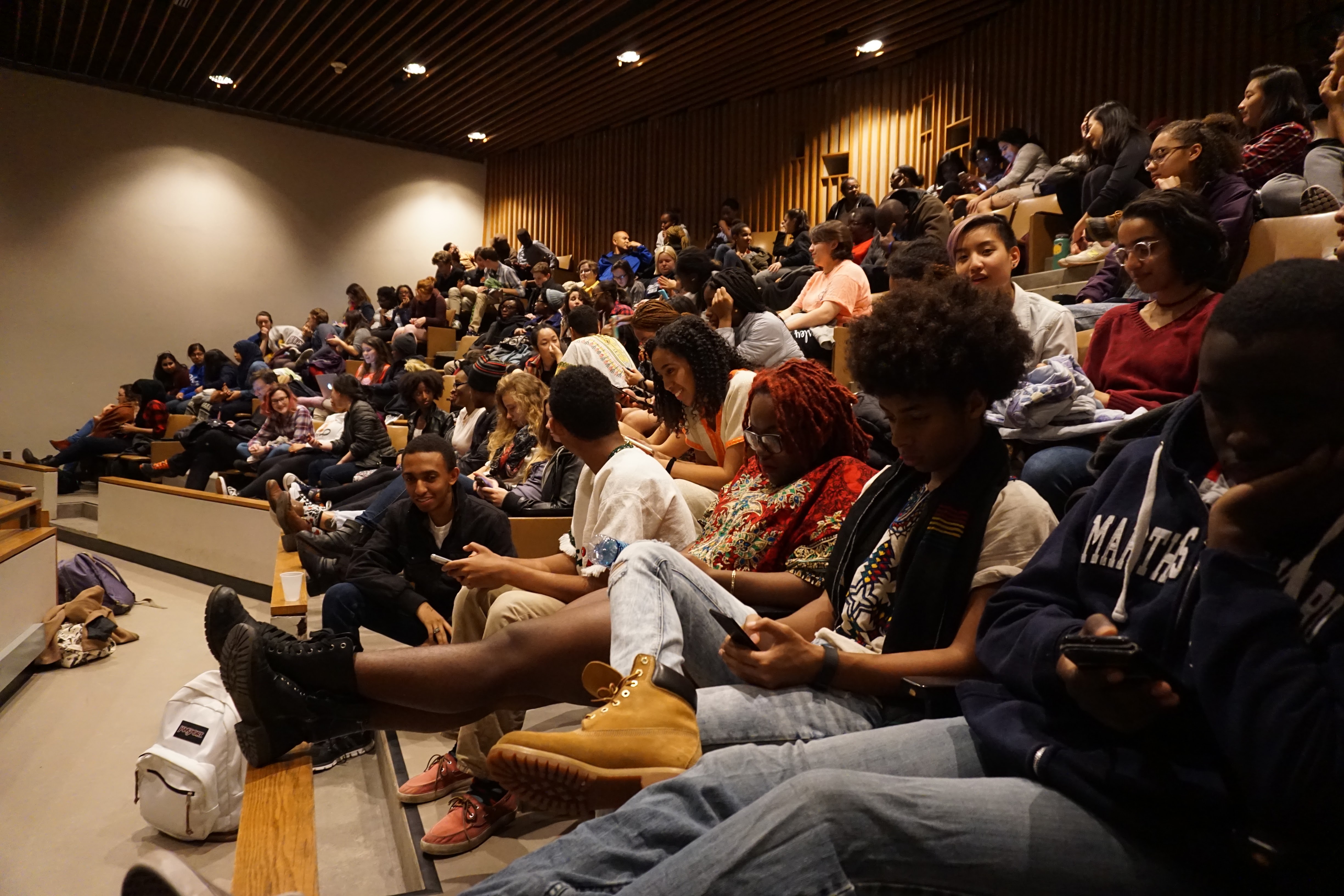 A crowd of MIT and Wellesley students attending the cultural night.

Not to mention, I’ve even had the good luck of becoming friends with Basia Galaj, a (talented!) Berklee student. Hopefully she remembers me when she’s a star~

A cover that Basia arranged and sang, of Charlie Puth’s “We Don’t Talk Anymore”

I’ve tried my best in college to speak with as many people who are as drastically different from me as possible, and sometimes that means talking to people outside of the MIT bubble. Basia and I once had lunch at Clover downtown, and talked about how often, exposing yourself to many different people is not only fun or exciting, but important and good networking. In the music industry, she noted, the career path is less linear. Finding those relationships and having a good network is how you find good opportunities. We exchange our different and experiences too–Basia talks about an intense final project she had arranging a swing music version of Frozen’s “Let it Go”. The MIT students we were with at the time found it fascinating, yet, Basia said, her own Berklee classmates would have seen it as a routine assignment (since of course, it’s what they’re familiar with).

I also attended a small concert by Basia and her roommates in a cozy venue near Central. Basia also came to support me at a talk I gave at the Oberon Theater near Harvard Square for an event with The Story Collider. 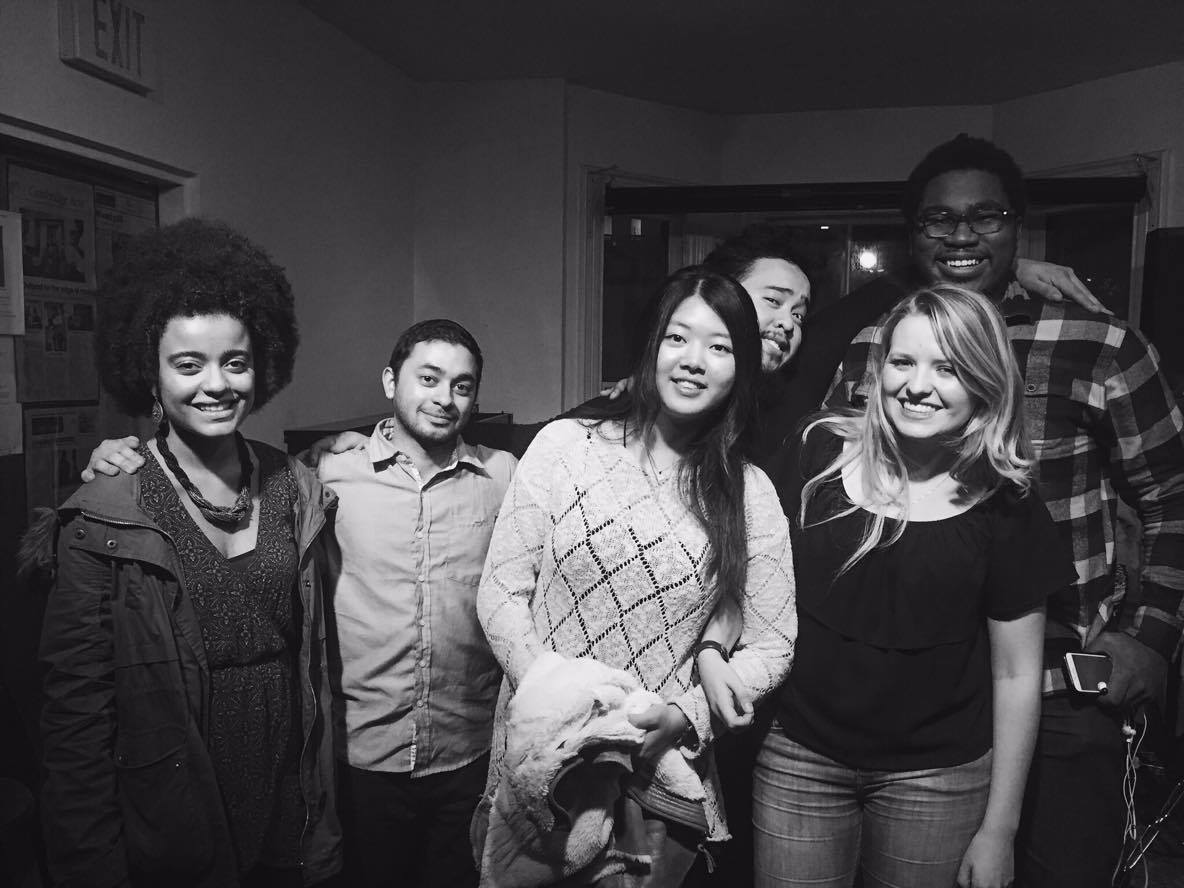 Basia, with her band and fellow Berklee students at her concert, “The Music of Apt #3” 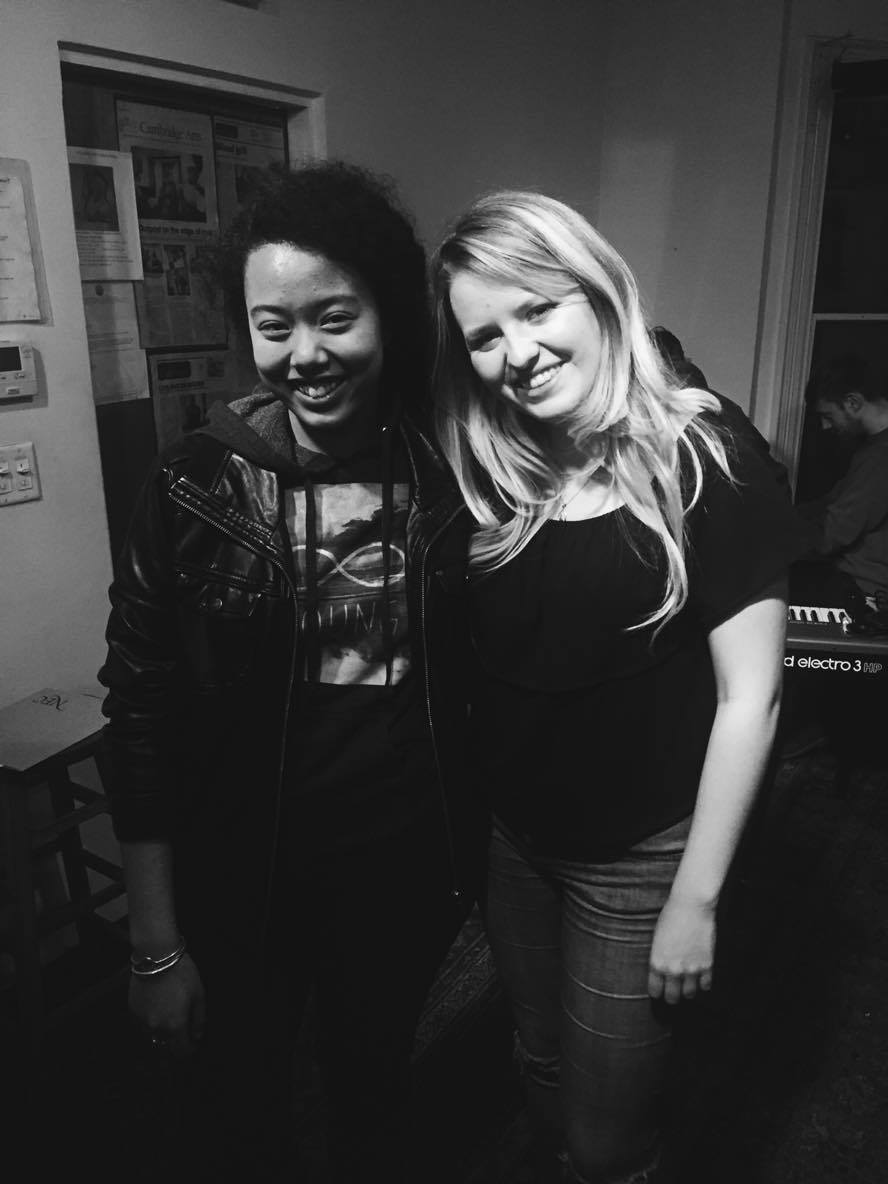 The two of us together after the concert!

Aside from fellow college students, Boston is a lovely place explore many other events and activities. Over Thanksgiving Break, I went to the Museum of Fine Arts (which you can get into for free with an MIT ID!!)

Currently, “UH-OH!” by Frances Stark is on exhibit there, involving a lot of really cool works of written text, digital slideshows, and funky art forms I don’t even really have words for (there was this thing with a painted wall and spotlights….) My favorite was probably Bobby Jesus’s Alma Mater b/w A Reading of the Book of David And/Or Paying Attention is Free 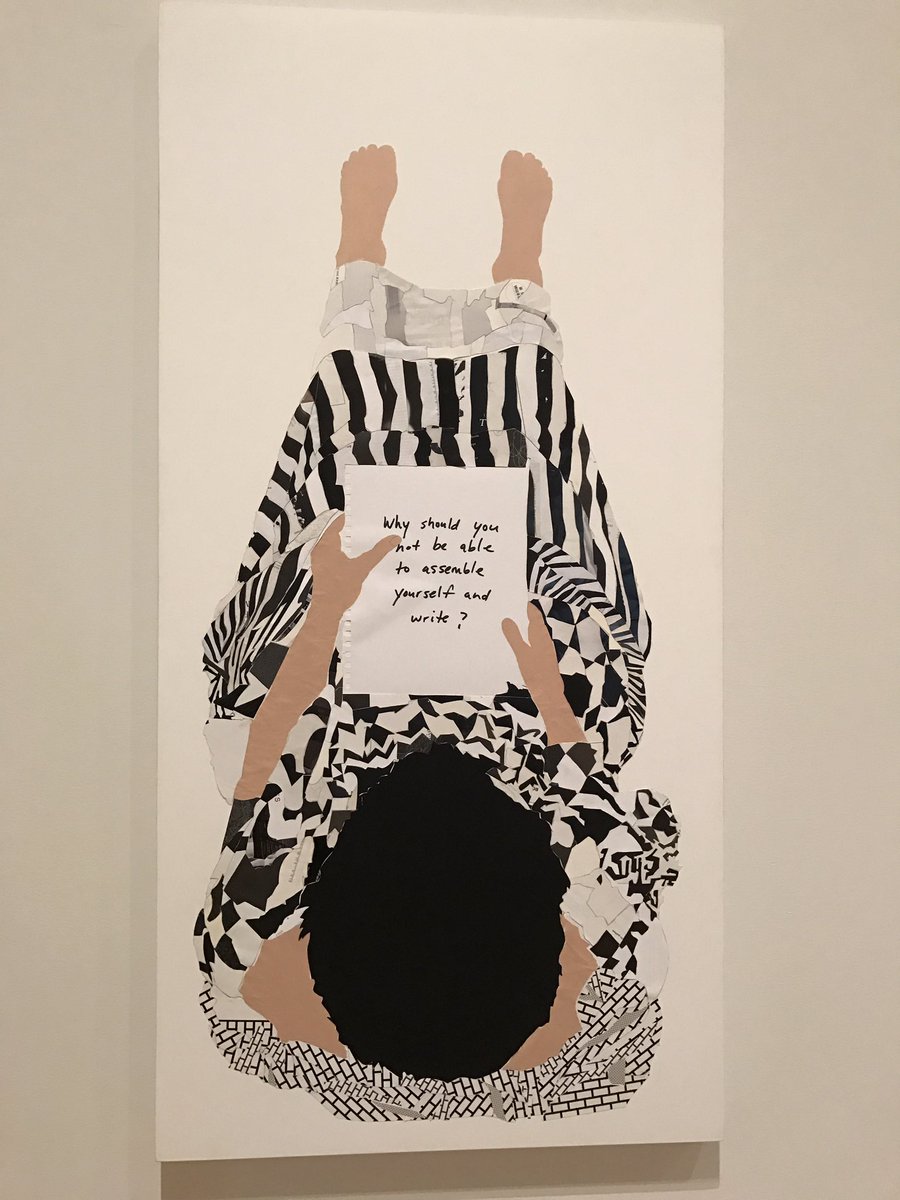 How I felt before coming up with this blag idea lol (Why should you not be able to assemble yourself and write? by Frances Stark, photo from the MFA twitter page) 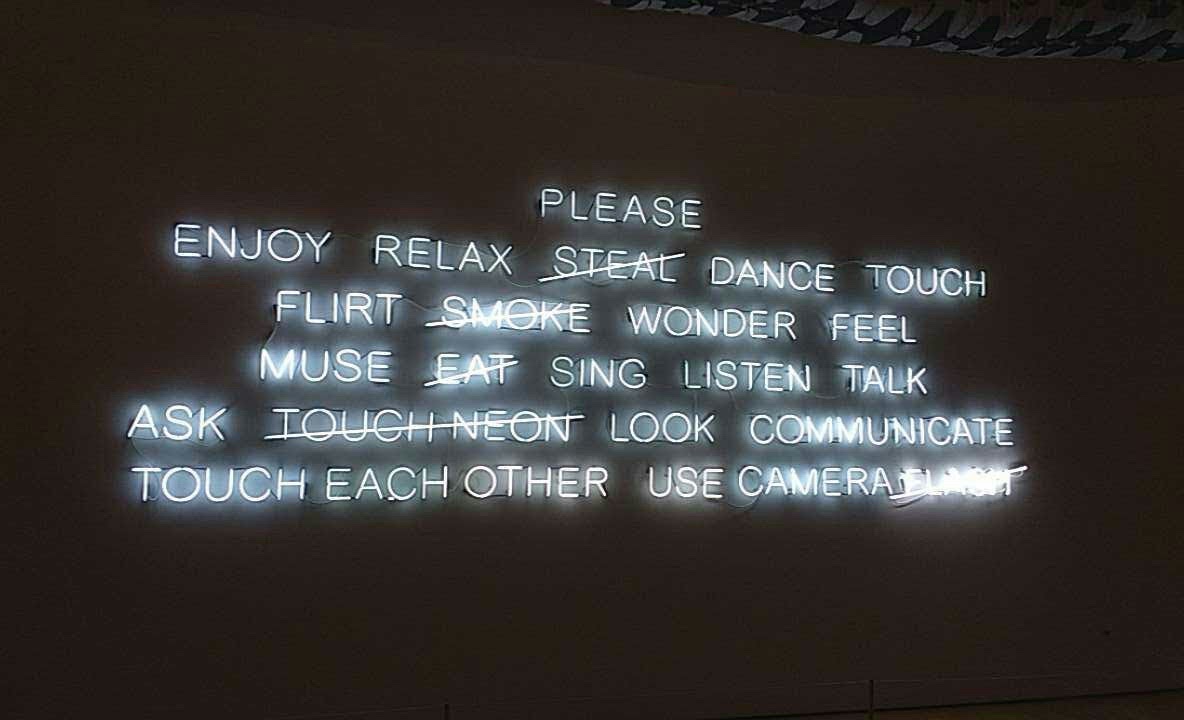 My favorite permanent piece at the MFA, PLEASE… by Jeppe Hein

There’s a lot of other places I love going around Boston, like Newbury street coffee shops, the Reflecting Pool, Chinatown…In fact, I go into Boston every single weekend. I attend a Catholic church called St. Cecilia’s Parish near Boylston street, and afterward will often work in a coffee shop, or the Boston Public Library, or meet up with someone for lunch.

Once, I was simply sitting in Pavement Coffeehouse, working before mass. Someone next to me asked me what my name was and struck up a conversation.

“That’s funny, I’m just working here before church,” I said, “which one do you attend?”

We discovered we both attended the same place. He asked me what I was working on, I said Thermodynamics, with the pset pulled up on my laptop. He had sheet music on his and said he was working on a Harmony and Counterpoint project. I left, we parted ways–I don’t remember his name. But, it’s all the little interactions like that which I think have added tremendously to how I’ve grown these past two years at MIT (going on three).

There are a lot of advantages and disadvantages to attending college in a city or in a more separate campus, a larger college or a smaller one. For me, I’d never really lived in a big city like Boston before (I was in a suburb of Denver and would frequently longboard in and out of downtown, but that’s it), so it was important to me to get a different sort of experience. Pretty much all the colleges I’d applied to (and really wanted to go to) were in Boston, or on the East coast. I’ve really loved and thrived on all the opportunities and resources that are available here, but I can see how smaller colleges, cities, and areas can provide other types of environments equally conducive to learning and growing.

I hope this post gives you some perspective though, on how being in a city (and especially around other college students!) can be pretty cool, too. I’ve tried to explore as much as I possibly can, and haven’t regretted a single moment of it.