This entry contains one multiplication problem.

It was sometime during Act III of finals study week, in the pressure-cooker minutes before the curtains fell on our loose-spined textbooks and leafed-over study guides, that I asked aloud, “What is 7 times 47?”

In the space of the paragraph break above, you’ve probably calculated the answer, brewed yourself a cup of coffee, and commented “FIRST!” on my blog already. Great. We’re now ready to play a short psychological game. A private, procrastinatory research project that I adopted in the dwindling time before my first final showed that everyone* interviewed found the answer by one of three methods:

*i.e., everyone likewise procrastinating in one of Random Hall‘s lounges at 11 pm on Sunday.

My hypothesis is that if your first instinct was Method 2, you’d also show a natural talent for parallel parking. Rationale: when evaluating the most direct route to your goal, be it the answer to a multiplication problem or the cathartic resolution to a neck-twisting parking maneuver, you don’t hesitate to overshoot your target and then back up until you’re perfectly centered. (By the same reasoning, people who followed Method 1 probably had trouble getting their driver’s licenses; people who followed Method 3 should stick to riding bicycles.)

It remains unclear whether this theory has valid support, but unexpected anecdotal data collected during the study has lead the author to vow against carpooling with certain denizens of Random Hall.

Since I’ve been having difficulties making Nobel-worthy discoveries in either of my summer UROPs this week, I’ve decided to resurrect my parallel-parking-mental-multiplication (PPMM) experiment. Comment with (1) your natural method of calculation and (2) how often you rear-end other cars (if applicable). Data collection via blog comments is the new trend in science, so I’ve heard.

A subtle yet heartbreakingly crucial property of summer projects is that they tend to exist in pairs. Or triplets. Or where n-tuplets, where n = n+1 for every time that someone batters down your self-restraint with an email like: 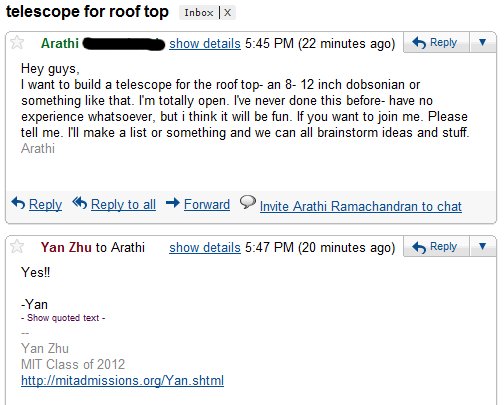 I conclude with a sampling of current projects filed under “Continued self-delusions of infinite free time”:

7. Rebuild the bridge from pika‘s balcony to pika’s treehouse.

14. Deploy a Rube Goldberg machine in the basement, preferably designed around the theme of vegetarianism and explosives.

21. Eat at every single dim sum restaurant in Boston. (Alright, I will admit that this isn’t a project so much as a function of my tidal desires to consume entire subrainbows of the culinary spectrum, especially compelling on Saturday mornings.)

35. Take more photos with metaphoric gravitas, so that I can start a gallery collection and open a critically-acclaimed art exhibit at the List Center. To start: 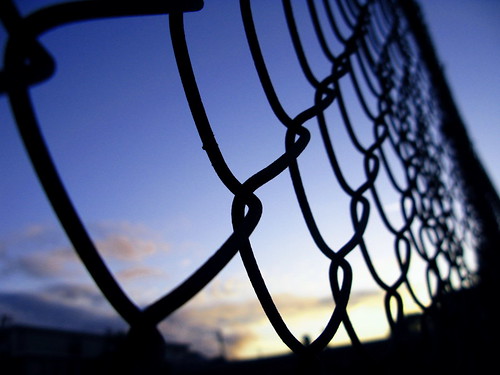 (It’s a fence, and there’s a sky behind it. It represents the human condition, or something.)

49. Witness the finishing of a 6000-piece jigsaw puzzle, a retina-melting endeavor started last night as a peaceful (thus far) collaboration between pika and WILG, two of MIT’s independent living groups. The puzzle itself is currently living in WILG’s 2nd-floor lounge and, until completed, will remain an effective hindrance to activities like vacuuming. 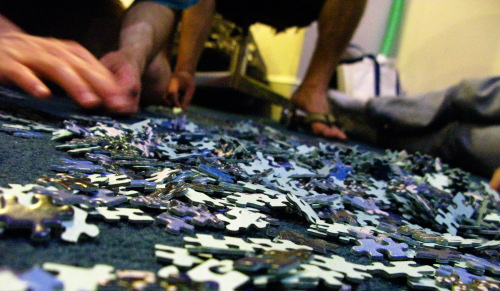 56. Bike along the entire shoreline of Boston’s Inner Harbor, or until I discover this to be an impossibility.

Arathi and I made a reasonable effort on Wednesday. I hitched up the rust-barnacled, long-abandoned bicycle that I befriended in the humid depths of pika’s garage (single-speed, one functional brake, cracked turquoise paint, perfectly unlovable) and we ET’ed ourselves into the cinematic sunset, pedaling along the Charles River, past the Science Museum, past wherever-we-originally-intended-to-go, around regally-named hotels, through Boston’s touristy Colonial-era marketplaces and a irresistibly charming block of Little Italy (gelaterias, pastry shops, open-windowed pizza restaurants- all adorable in the way that somehow makes you want to re-watch The Godfather), up Beacon Hill, against rush-hour traffic, and finally: 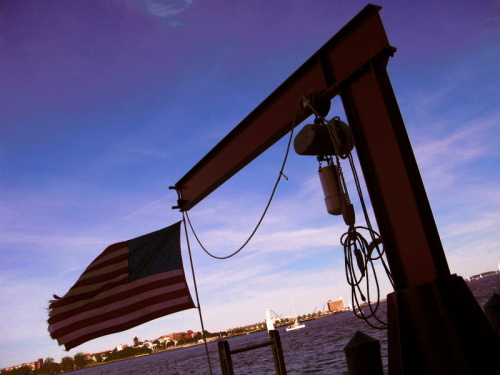 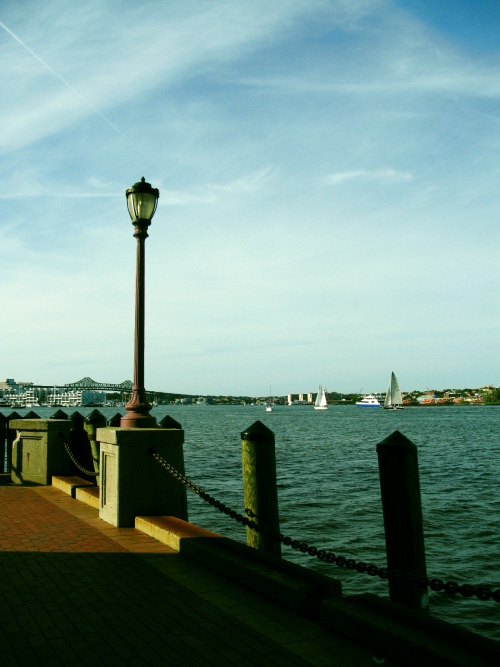 On second thought, let’s add “Learn to parallel-park” to the list.