almost a year ago (wow how has it been that long), i made an extensive, fangirly post about how much i love spotify and its playlist making features.  i am happy to report that spotify has only continued to satisfy me since then, and i have created many new playlists and have even discovered new music tracking software to complement my spotify experience.

in the spirit of last year’s post, i’ll start this one off with a list of all the playlists i’ve added to my collection this year:

similar to last year, i also made a playlist called “MIT sophomore year”. the reasons why are best stated by earnest 2k18 nisha in last year’s post:

All the songs on it have some specific significance to people I met, adventures I went on, and feelings I felt in first semester. I made the playlist without really thinking through the significance of the songs; I just knew that they were significant to my freshman year in some way. So for this post, I wrote down all the songs and why they mean something to me. It was a very pleasant jog down memory lane and I hope to keep making a playlist for every year that I’m at MIT.

thanks, me from the past! now without further ado, here are the songs that made it onto this year’s list:

i also mentioned this dubious website as a method of music tracking software last year. at petey’s recommendation, i have since moved onto last.fm, which a. tracks my music with way more accuracy than aforementioned dubious website, and b. has lots of nice stats and graphs that please my little data grubbing heart. 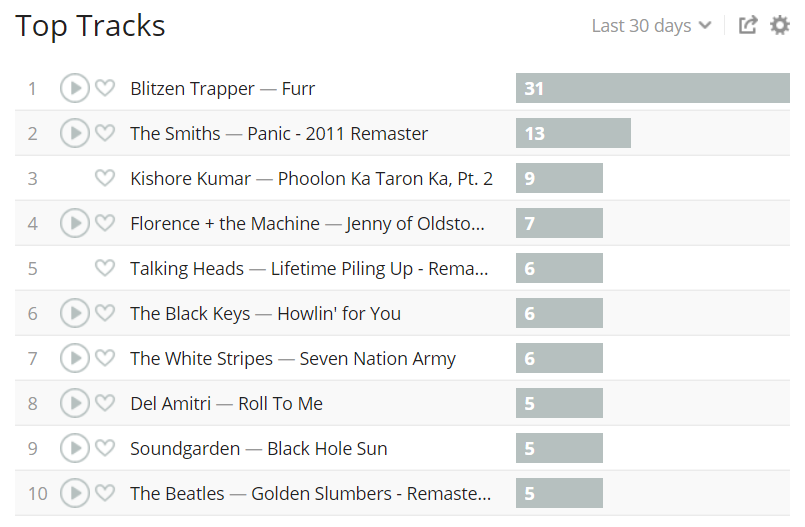 the songs i listened to the most for the last month 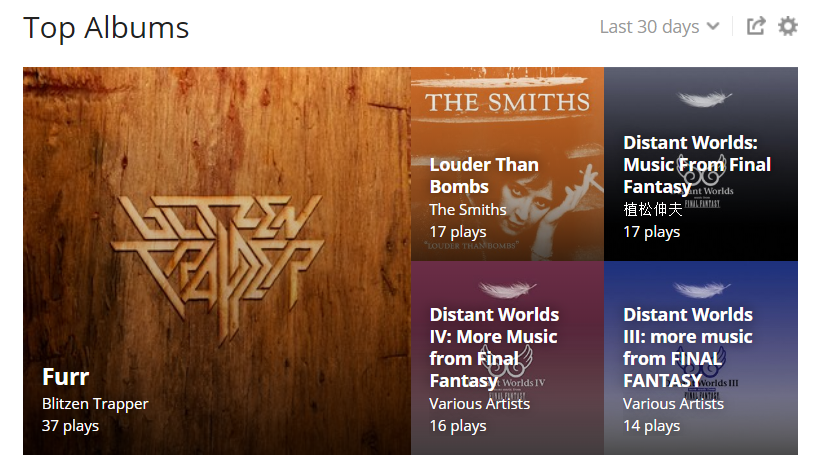 the albums i listened to the most the last month 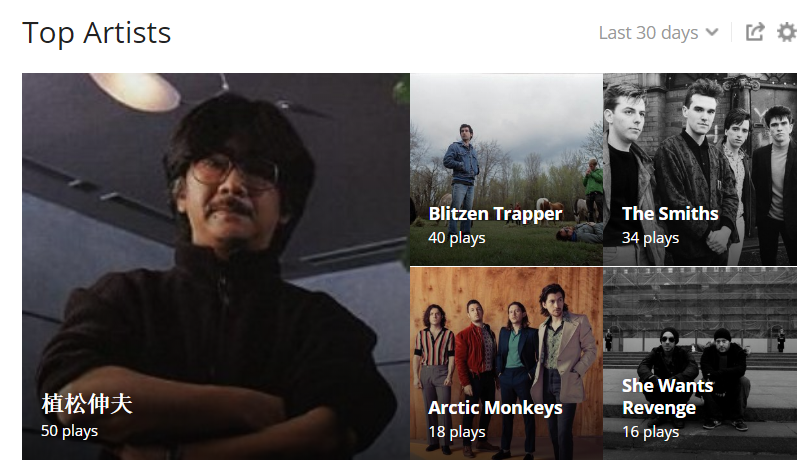 the artists i listened to the most for the last month 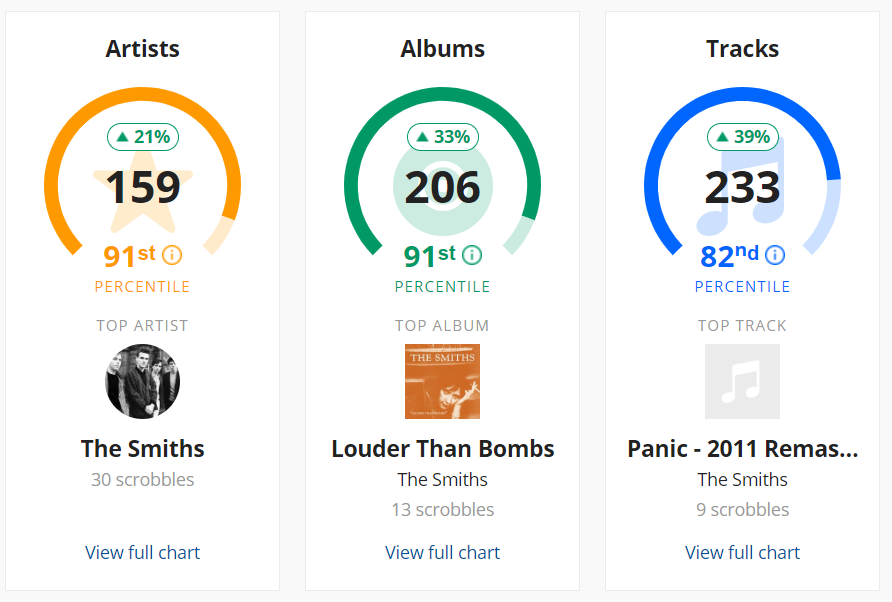 graphs of genres of music i’ve listened to for the past few weeks, and when i listened to it

hope you enjoyed all those pretty graphs. but wait, there’s more! follow me on last.fm,  and check out my top 100 songs from last year’s spotify wrapped :)