cloud is judging me for this

DISCLAIMER: I have no real, professional opinions about video games despite having worked in the industry for two summers in a row. Occasionally, I write about video games from a CMS-y perspective for my major, but that sort of analysis is too rigorous for this blog post, and also too rigorous for my burned out summer brain. I guess what I’m trying to say is I could probably provide fairly nuanced takes on these games if I tried, but I don’t feel like trying for this post. lol

I tried to do this style of post for restaurants before we all got kicked out of Cambridge, but as we all know, that didn’t really pan out.

I always try to use summers to catch up on the hobbies that I don’t actually partake in at all during the school year because I have no time. As a result, I have a permanently humongous backlog of video games that I barely manage to make a dent in over summers.

This summer, I think I’ve made a reasonably sized dent because I’ve been attempting to partition my work time and my free time a *little* bit better than I usually do. One of my biggest flaws as a person is not knowing how to separate work and life. During school, this manifests itself in not ever seeing my friends. Over the summer, I’ll sometimes spend way too long on my UROP or working on my personal website, and then suddenly it’s midnight and I have to go to bed to wake up early the next day.

I’m pretty proud of the number of games I’ve spent time on this summer. I do always feel a lingering guilt at not “using that time productively”⁠01 capitalism is a fucking scam and is going to ruin my life by stressing me out very slowly over the course of my life , but I try to rationalize it by telling myself that as somebody who wants to go into the game industry, it’s good to keep up to date on the newest games and actually play games. Right?

Anyways, here’s a bunch of (mildly) comprehensive reviews on the games that I’ve played/sort of played this summer. I’ll be evaluating the games on the following metrics, which aren’t all the metrics that a game is usually evaluated on but are the ones that I care about particularly.

And yes, I will provide spoiler warnings where they’re necessary, don’t worry.

square enix really delivered on reimagining of the characters

Some of you might remember the post I made when this game came out because I was SO FUCKING PSYCHED to play it. I enjoyed this game a lot overall, even though it didn’t live up in all ways to my very high expectations. But like I said a million times, they could have made a shitty, horrible remake and I still would have played it and loved it, probably. It’s hard to mess this game and this story up.

That being said, [SPOILERS IN THE ANNOTATION] ⁠02 I was initially <em>not pleased </em>with the diversion that the remake took from the original game in terms of story. It meant that I basically have no idea what's in store for this part of the franchise, and all the main story points that I know and love are basically up in the air. Also, the heavy handedness of having *literal* characters in the game which represented fate that 'set the plot right' when it started to diverge from the original, and then defeating those characters in the penultimate boss fight, hereby 'defeating fate', was too much meta plot device bullshit for me personally. The remake in some ways was the creators reflecting on the actual process of creating a remake. I could go <em>on</em> about how meta this is, and how ridiculous it is. But I will end by saying that I got over my initial fury and am actually pretty excited to see where they take the story in the future. Especially since they revived my favorite character from death by the force of 'defeating fate'...

The Last of Us 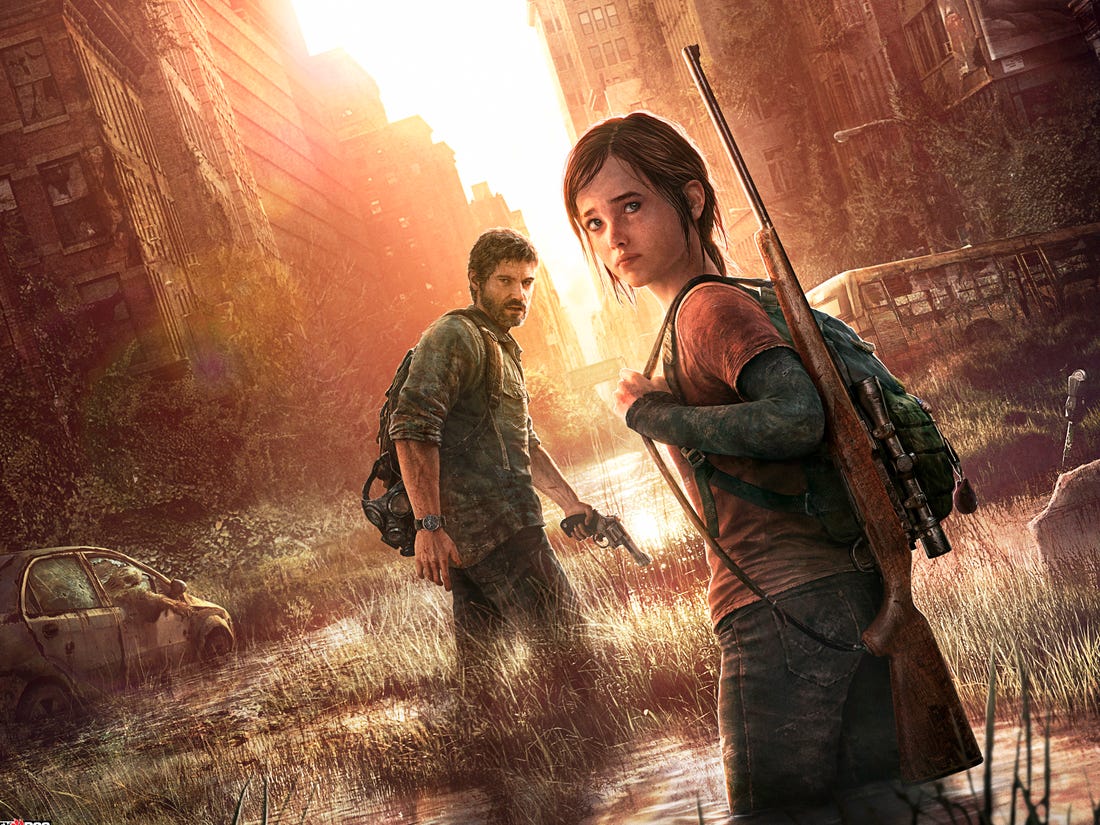 GOd this cover art is iconic

The Last of Us is widely considered to be one of the best games of all time, for good fucking reason. I watched this game in a Pewdiepie playthrough way back in 2013⁠03 before pewdiepie was cancelled lol , and it furthered my love and fascination for games and cemented my desire to work in a game-adjacent profession someday. It also proved to me – and the world – that games are extremely powerful mediums for telling stories.

I actually played this game for the first time on a hallmate’s PS4 during freshman year, and I don’t think I actually finished it, so this was my first full playthrough of the game. The replay was preparation for playing Part II, and the game still manages to hit different, even though it’s pretty old at this point, the gameplay is pretty linear, and the AI is somewhat lacking. The story is what carries it though, and the ending is really and truly one of the best endings to a story of all time.

The Last of Us Part II

HOOOOO BOY. I’ve been hyped for this game since 2016 when the very first trailer came out – I even learned the song pretty much immediately after seeing that trailer, before there were even any tutorials for it. I took the delays into stride and watched every trailer as they got released. I did, however, miss the leaks that plagued the games pre-release, but I did know that people were NOT happy about them. That was pretty much the only context I started playing the game with.

And oh man, it was a RIDE. [SPOILERS IN THE ANNOTATION]⁠04 Those of you who are in the know might know that the game REALLY COMES OUT SWINGING by killing Joel in like the first 3 hours, and it honestly took me like fifteen hours of the game to get over that and acknowledge his personal flaws and the implications of his choice. I really liked Abby and was firmly #teamabby by the end of the game, because the entire game felt like I was being dragged on a terrible 30 hour long adventure by Ellie and I was literally just screaming at her to stop the whole time. It tired me out to actually play the game, and at some points it felt like I was forcing myself to. I do sort of wish that they had ended the game on a positive note, like on the farm with Dina, because dragging it out past that was Not It for me, but I think that the story was overall pretty okay. Also, the music slaps. 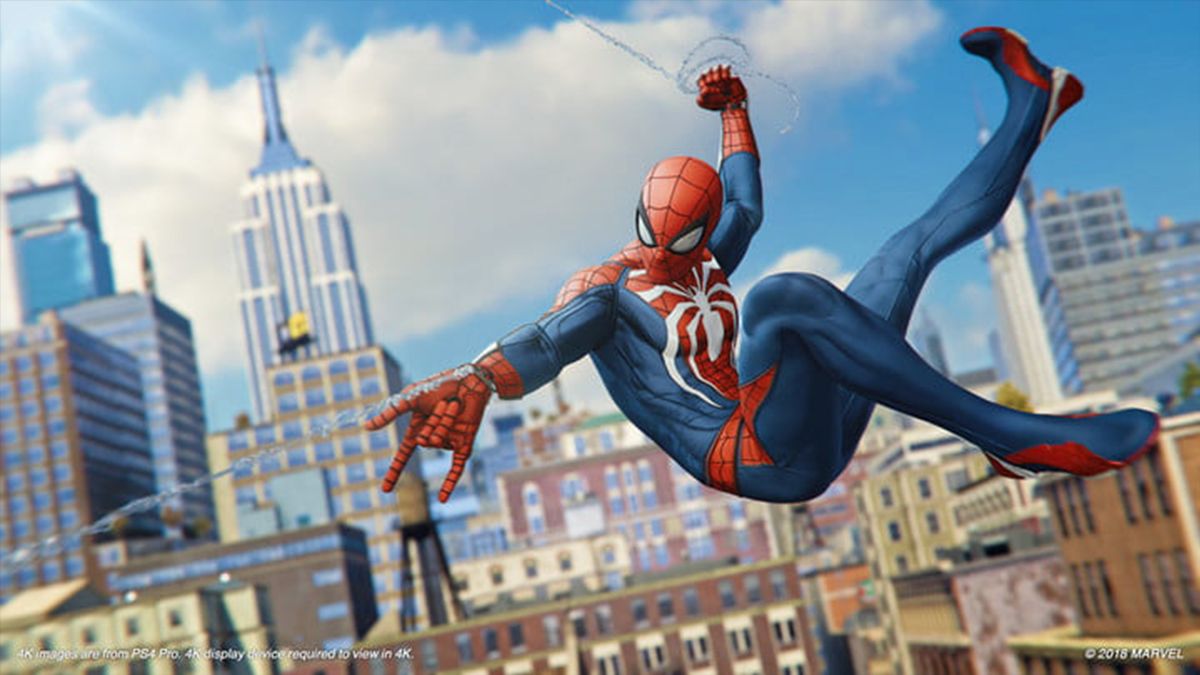 i have the dark suit equipped which looks way cooler

I started stress playing this game way back when, right around when MIT told us that they were kicking us off campus. Playing this game sort of became my stress response, and I think I must have played it for like 20 hours in the 4 days that I was supposed to be packing up all my stuff and saying bye to friends. I think that I was in too much shock to actually do those things very functionally. I definitely didn’t get to say bye to all the people I wanted to, which sort of hurts, especially since I might not see them again for a long time. This game was definitely my way of dealing with that trauma.

Anyways, this game doesn’t really carry in the narrative department, but I find the actual gameplay to be stupidly fun and addictive. I could spend actual hours swinging around New York as Spidey. This is actually the first game that I am going for platinum⁠10 I couldn't find an actual description of what this means to gamers on the Internet, but it basically means getting all the achievements possible for a game. More commonly referred to 100%ing a game on, which is saying something, because I normally don’t go achievement hunting⁠11 I don't even think the FF7 Remake platinum is worth getting because some of the achievements are so grindy and dumb - and I cannot believe I am saying that, because I 100%ed the original game like 5 times and enjoyed it every time , or do dumb sidequests, which this game is FULL of. But it’s just such a mindless and fun game to play that I thought I might as well go for it because I got to the end and realized that I was like 80% through the achievements already.

Final score: 5.89/10. If I cared about the characters and story, this would be like the best game ever, but alas we can’t have it all. Still hyped AF for the next one though.

You might be wondering why I’ve written ~3000 words literally just about video games. Well, I’ve been suffering from a lack of executive function recently. In the most recent blogger meeting, Kellen called me tf out for being on the Zoom call while simultaneously lying on my bed playing dumb fetch quests in Spiderman, which really spoke to how burned out my brain is. I have a lot on my plate this summer, and the pressure of staying on top of all of it has slowly been weighing down my mental stress pile. Maybe it’s telling that when my brain is devoid of all motivation, all will to think, and all creative urges, the only thing it can think to write about is video games.

I like to think that this is a good sign that I’ve followed my real passion throughout college, and that it’ll take me far in the future. Whatever your brain latches onto for sustenance when it literally cannot bear to think about anything else is probably something you really enjoy.

Anyways, if you are also a diehard PS4⁠13 or PS3, if you played The Last of Us WAY BACK WHEN gamer, let me know how you would score these games in the comments!