No time for your stupid question. by Sam M. '07

A posthumous entry about the Ig Nobel awards.

Posthumous isn’t the right word, but it’s among my favorite in the English language… and I’m so dedicated to you, gentle reader, that I would indeed write a posthumous entry if I had to.

This is the number one song in heaven.

Last Thursday, I had the pleasure of attending the Ig Nobel awards ceremony in H****** Square. The “Igs,” sponsored by a bunch of Mensa nerds actual Nobel Laureates from both H****** and MIT, celebrate nontraditional research in a variety of disciplines. This year, awards were bestowed upon ten leading researchers from four different continents for answering some of the following questions:

1. Do people swim faster in water or in syrup?
2. What internal pressures are observed upon penguin defecation?
3. Are neutered pets somehow less happy than regular pets?
4. What about Star Wars Episode IV: A New Hope is most appealing to a common cricket?
5. How can we best improve our nation’s economy?
6. Why bother to photograph and retrospectively analyze every meal you’ve eaten over a period of 34 years?

…and the best part of this adventure was that it was totally free courtesy of my dorm’s IFAF allotment. The culture of the dorm is more-or-less floor-based–usually money is allotted by floor, so you tend to have study breaks and go on trips mostly with your floor. Because, I mean, it’s actual free money. As a result, most people end up becoming great friends with their neighbors early on in their MIT experience. So, to encourage bonding between floors, the housemaster set up an inter-floor activity fund whereby the entire dorm gets $3000 a term to plan activities that integrate two or more floor. Since this is also literally free money, we have to stage a battle to the death at an ExecComm meeting in late September to allocate the preciously limited funding. This year, Conner 2 was crafty enough to procure about $1000 of the funding, $30 of which went toward buying me this awesome ticket specifically so I could blog it for you.

But I digress. Want to know the answers to the nagging scientific questions above? Battle on, reader.

1. Do people swim faster in water or in syrup?

Professor Edward Cussler won the Ig Nobel in Chemistry (move over, Schrock) for proving, along with 20 student volunteers from the University of Minnesota, that humans swim equally fast in syrup and water. Before you ask, rest assured that backstroke, breast stroke, freestyle, and whatever the other one is were all tested thoroughly.

In his mercifully brief acceptance speech (speeches longer than 60 seconds in length were interrupted by Miss Sweetie Poo imploring, “Please stop. I’m bored. Please stop. I’m bored.”) Professor Cussler explained that “the reasons for this… are complicated” and left the stage with a flourish.

2. What internal pressures are observed upon penguin defecation?

Dr. Victor Benno Meyer-Rochow of Bremen, Germany found out and won the Ig Nobel prize in Fluid Dynamics for this paper, which I can understand embarrassingly well after 10.301. It’s good to know that you can model parts of the process “as a Newtonian Fluid.” The laureate also wore a t-shirt bearing this helpful diagram from his paper. 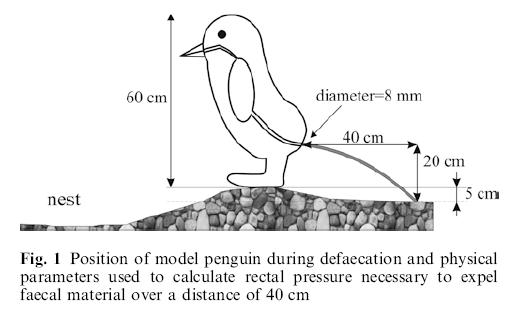 Of course they are. This led Gregg A. Miller to develop Neuticles, a prosthetic testicular implant available in three sizes and three degrees of firmness. Though, in his own words, it took him “a few months” to “get the ball rolling” on the venture, just three years later he became the proud recipient of the Ig Nobel prize in Medicine. From a simple man with a dog and a dream to Ig Nobel laureate… truly, Mr. Miller has shown that only a tireless commitment to an abstract ideal can produce truly inspiring scientific research.

4. What about Star Wars Episode IV: A New Hope is most appealing to a common cricket? 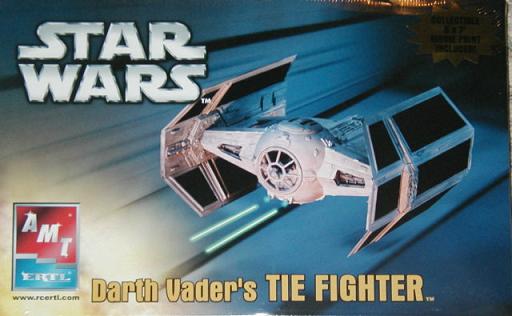 Not enchanted? You must not be a cricket.

The Ig Nobel Peace Prize went to Claire Rind and Peter Newcastle University for electrically monitoring the activity of a locust brain cell while showing the cricket selected highlights from Star Wars. This might actually be the most scientifically valid Ig Nobel awarded this year–by determining how the cricket reacted to different shapes and velocities, the researchers did make substantial progress in understanding the visual processes of insects.

But, of course, showing Star Wars to a cricket can only help promote inter-species peace.

5. How can we best improve our nation’s economy?

Mitra has been bothered for the past few weeks that although the MIT community has been abuzz with news of Professor Schrock’s Nobel Prize in Chemistry, Robert J. Aumann’s (MIT PhD 1955) prize in Economics has cone mostly ignored. Well, I say, what about Gauri Nanda’s Ig Nobel in economics?

Nanda, a student resaarcher in the media lab has designed an alarm clock that runs away from you until it’s absolutely sure your awake. The little bugger has recieved quite a lot of national press, and now its invaluable contribution to our nation’s economy (by ensuring that people actually get up and go to work, thus… doing something economical) has been recognized.

The cool thing about the media lab is that you can make an alarm clock that runs away or a piece of clothing that changes color or a bumper air hockey table and, like, get your PhD in doing that.

6. Why bother to photograph and retrospectively analyze every meal you’ve eaten over a period of 34 years?

Well, I’m not sure this one has a clear answer, really. Dr. Yoshiro Nakamats, winner of the Ig Nobel in Nutrition, delivered perhaps the most inspiring and concise acceptance speech at the Ig Nobel ceremony:

Or perhaps this profound, almost poetic summation of the human condition merely seemed to be a brief moment of clarity amidst an opera dedicated to counting to infinite, programs being folded into paper planes and thrown at the stage (sometimes during the speeches of actual Nobel Laureates) and 24/7 speeches on animal morphology, primate locomotion, the purpose of life. The lattermost of these consist of speeches of 24 seconds that convey “everything there is to know” about a topic and then 7 words that summarize it in a manner that is “understandable to everyone.” Anyway, all this commotion left me with quite a favorable impression of Dr. Nakamats.

Then some other people on my floor went to the free Ig Informal lectures and discovered some more about Dr. Nakamats, as well as getting the distinguished scientist to autograph their program for him: 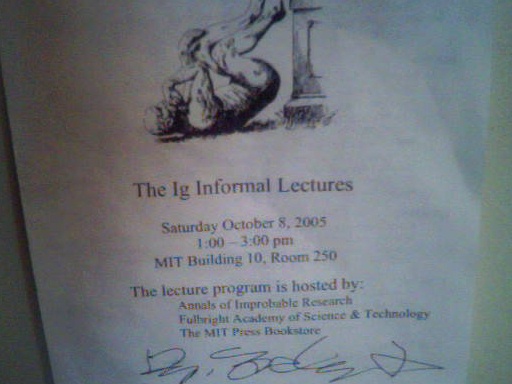 The toppled thinker is, of course, the international symbol of Ig Nobel.

I guess somebody who was actually there should describe this, but in the mean time you can get an idea of it by checking out the good Doctor’s amazing CV. Apparently he wrote MIT on the chalkboard and asked what it stood for, then made Zach ’08 stand up when he got the wrong answer. What did MIT actually stand for? I don’t know. He concluded much more curtly than at the ceremony I attended: “I have no time for your stupid question. Goodbye.”

The rest I can only describe via hearsay, but you can extrapolate from the content of this interview. And these quotes:

“I have a special way of holding my breath and swimming underwater-that’s when I come up with my best ideas. I’ve created a Plexiglas writing pad so that I can stay underwater and record these ideas. I call it “creative swimming.”

“…these are snacks I’ve invented, which I eat during the day. I’ve marketed them as Yummy Nutri Brain Food. They are very helpful to the brain’s thinking process. They are a special mixture of dried shrimp, seaweed, cheese, yogurt, eel, eggs, beef, and chicken livers-all fortified with vitamins.”

“Twice a day I take thirty-minute naps in a special chair I’ve designed-the Cerebrex chair. It improves memory, math skills, and creativity, and it can lower blood pressure, improve eyesight, and cure other ailments. Special sound frequencies pulse from footrest to headrest, stimulating blood circulation and increasing synaptic activity in the brain. An hour in my chair refreshes the brain as much as eight hours of sleep.”

I’m so glad I had the opportunity to be in the presence of this magnificent man, however briefly and distantly.

By the way, I am somewhat more benevolent than Dr. Nakamats and do have time for your stupid question… I mean, don’t be discouraged from commenting.

9 responses to “No time for your stupid question.”