Or in ourselves not to see our stars... or something.

Unfortunately, everybody else must have gotten the memo too. 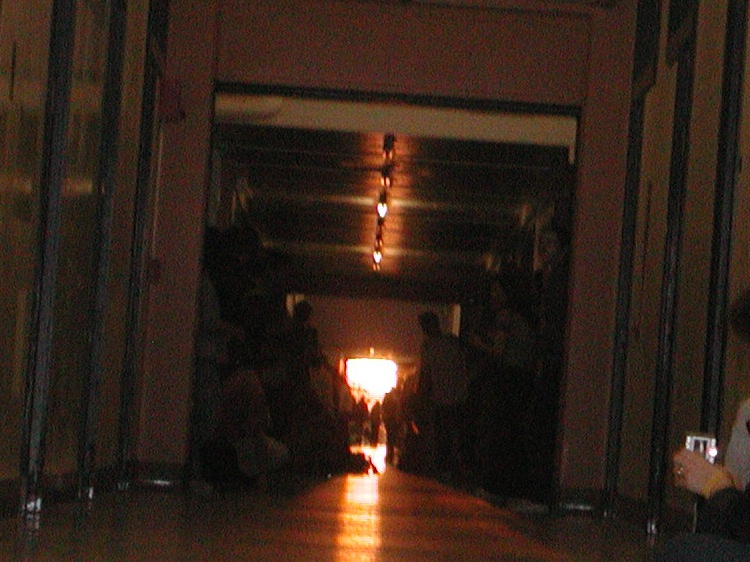 Now, if you’re going to a biannual event involving an unobstructed view down the third floor of the infinite corridor, you’d think that you would walk down the corridor on the first floor and then go up the stairs once you get to the end of the hallway. Unfortunately, this concept seemed to elude most of the latecomers who showed up on the third floor at 4:18 PM and strolled down the hallway, blissfully unaware that they were almost totally obstructing our view at the other end. Even after somebody yelled down the hallway and instructed them to move to either side, they seemed to have trouble deciding which side of the hallway offered the better view, and spent most the crucial period from 4:20 to 4:22 PM jumping from side to side. To their credit, they did so quickly, but in great enough number as to eclipse any view of the sun that the day might have otherwise afforded.

Two quotes that entered my mind shortly after this disappointing, but still slightly breathtaking occasion:

“Men at some time are masters of their fates:
The fault, dear Brutus, is not in our stars,
But in ourselves, that we are underlings.” –Shakespeare, Julius Caesar

2 responses to “Not in our stars, but in ourselves”