This entry is based on Aaron Copland's opera "The Tender Land."

DID YOU KNOW? “The Canticle of Freedom,” written for the dedication of Kresge Auditorium at MIT, was the only piece Aaron Copland ever wrote that was commissioned by a university.

I feel that I’ve posted too many pictures of myself on this blog recently… but perhaps that’s tempered by the fact that I look so outstandingly bad in all of them. Still, I must rectify this.

1. gone to a two-hour group meeting for my UROP (the turkey one) just to get free apple pie
2. discussed the finer points of Food Network with Alicia ’06, who actually gets to watch it because her boyfriend gets more channels than MIT Cable. Food Network is actually the thing I’m second-most excited about with regard to going home. Oh, Alton…
3. rocked IM Dodgeball, helping Conner 2 finish up the night with our best one-night record ever: 2-2-0. As you’ve been told many times before, dodgeball is just one of MIT’s like gazillion IM sports
4. watched Jon Stewart give a kind of bizarre and unrehearsed interview to Keira Knightley on The Daily Show with Mitra. I mean, Mitra was with me when I was watching the program… there’s not a new program called The Daily Show with Mitra. But there should be.
5. made plans to hopefully do lunch with a bunch of people to whom I haven’t spoken since high school on Friday

Now, here’s what I have to do in the three days I’m home for Thanksgiving:

10.213: Chemical Engineering Thermodynamics — Well, we have a problem set that’s “due tomorrow,” but actually we can have an “extension” until Monday, which is nice considering that we’re not going over the methodology in lecture until tomorrow.

Oh, and then there’s a quiz on Wednesday that I really would like to do well on something fierce.

10.28: Biological Engineering Lab — Today I got the single most succinct, complimentary and distressing e-mail I’ve gotten in a while from my writing TA for this class:

You guys are doing very well. Would one of you please volunteer to
present on Monday.[sic]

We have to do “rehearsals” for our oral presentations, either on the independent research project we’re performing or the 20-page advanced technical paper we’re writing. In the case of the former, all of our cells decided to stop growing until we deprived them of oxygen, at which point they decided to multiply like there was no tomorrow (because, I mean, there wasn’t really a tomorrow from the cells’ point of view). So, on Monday I’ll be presenting on my 20-page GFP report. I don’t really know what I’m going to do yet, exactly, but I figure if I include this freaky picture from this site, it will be sufficient to distract everybody enough to let me make up the rest. 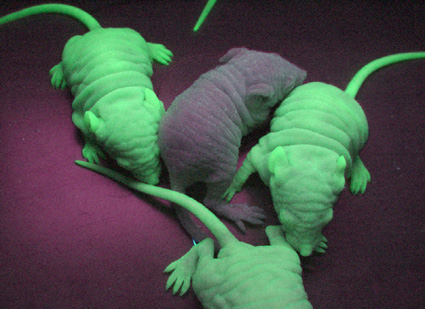 Oh, yeah, and I have to completely revise a 5 page paper for the same TA. Luckily, I have reason to suspect that he no longer reads what I write. A-ha, that explains why he thinks I’m doing well!

Oh, yeah, and since some other members of my group have chosen to give their own presentations on the cruel, torturous and ignoble deaths of all of our E. coli cells, I have to help analyze all the data for that.

10.302: Transport Processes — After the Excel-stravaganza of our second lab report, the professors have decided to be uncharacteristically merciful and given us no assignments due until next Friday. These are the same professors that, in order to make up for not having a problem set one week, gave us a lab to do instead, and then gave us a double problem set the next weekend.

The experiment itself that we had to analyze this weekend was actually pretty cool, though. Through this website, we got to remotely control a heat exchanger and collect experimental data from the comfort of our own homes. The interface even included sound, in case you wanted to hear the motors whir as the experiment was going on. All of the real data, but none of the lab goggles. Awesome.

21F.401: German I — Okay, so we found websites of German students on das Internet and wrote letters to them. But not real, letters, fake letters. Mine mainly focused on a picture of this guy’s dog (“Ist das dein Hund? Wie heisst er? Er ist sehr schoen!”), and his desire to, like me, become a Verfahrenstechniker. Now we get somebody else’s letter and have to reply to that letter as if we were the person on the website. Oh, the person who got my stupid dog letter should have a lot of fun. As should I. (Entschuldigung, bin ich sehr muede und ich kann Deutsch nicht sehr gut jetzt schreiben.)

Oh, yeah, and a vocab quiz Monday that I really have done no work for at all yet. I guess it’s important to actually know how to ask when the next train is coming and how to offer an alten dame some help with her luggage now that I’m actually able to go to Germany.

21M.302: Harmony and Counterpoint II — Well, I have to write a theme in the high baroque/classical style to begin work on our final theme and variations project due Monday, and this is the best I’ve come up with.

Too many notes! And kind of dull, anyway, as my last Harmony and Counterpoint professor would have said. Perhaps Thanksgiving dinner will inspire me to new heights of musical passion. Or induce bizarre backwards-talking dreams in which I will have musical epiphanies.

21M.401: MIT Concert Choir — Our Winter Concert, featuring parts I and II of Handel’s Messiah, is taking place on December 4, and I’m not sure that I’m quite ready for prime time yet. I sure love the “He Trusted in God” chorus, but I sing it really, really poorly. I’ll have to practice this and a few other of the fifty bazillion choruses that we have to have memorized for Monday.

So, maybe I did complain just a bit in this entry. But, worry not–from now on all my troubles will be out of sight, and I’ll start posting some more joyous entries from Harrisburg tomorrow. Regardless of all this, I’m determined to enjoy my Thanksgiving vacation… I’ve been at MIT for quite some time now and I’m definitely about ready for a little time off. Yes, I’m going to love this vacation like Mitra loves cake. 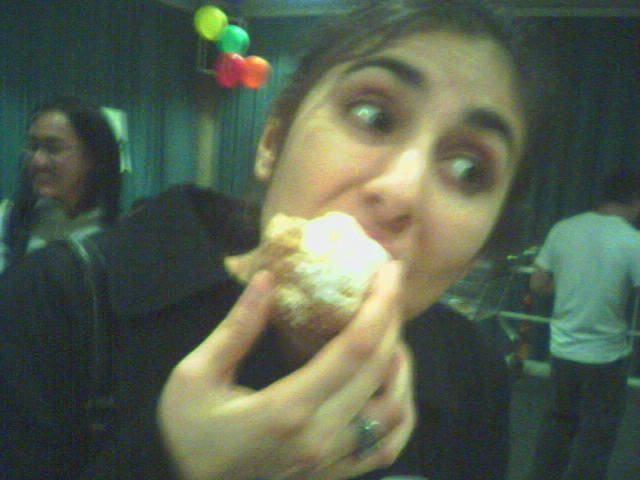 3 responses to “Our loving, our friends, and our labor”