Join me as I cross the English Channel and dodge oncoming traffic on the Champs-Elysees.

So you’ve heard of Socrates and Archimedes. But did you hear about the Greek father of vegetables? 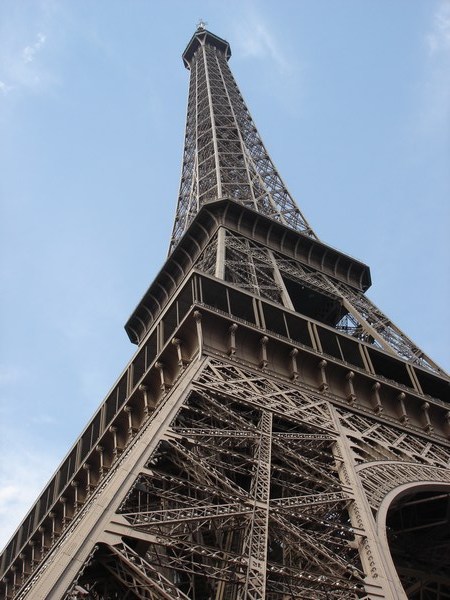 I’d been to Paris before, but I wanted to ride the Eurostar train through the Channel Tunnel, referred to by some as one of the “Seven Wonders of the Modern World”. It’s certainly interesting to travel beneath a body of water, but at this point it’s so routine that most passengers simply sit back and relax. The tunnel beneath the English Channel was finally completed in 1994 after decades of blunders in planning, and at fifty kilometers, it’s the second-longest rail tunnel in the world (behind Japan’s Seikan Tunnel). While the ride from London Waterloo station to Paris’ Gare du Nord lasts nearly three hours, crossing the Channel is only a twenty-minute endeavor. 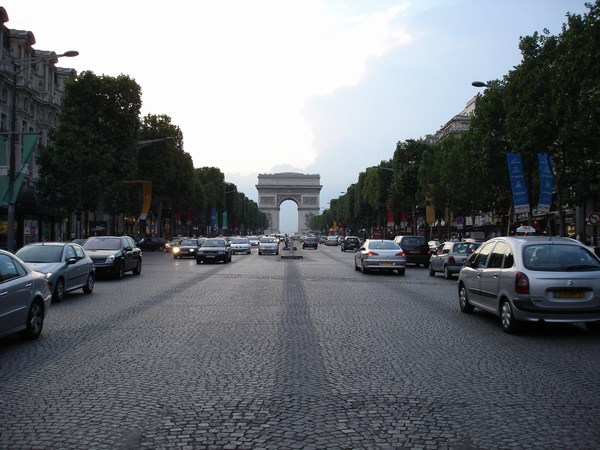 The Arc de Triomphe, as seen from the middle of the Champs-Elysees 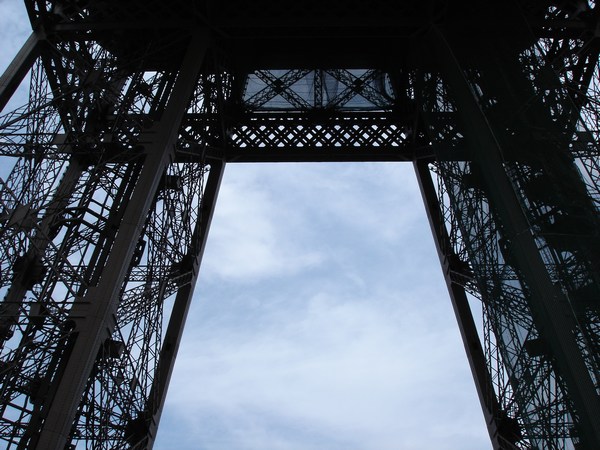 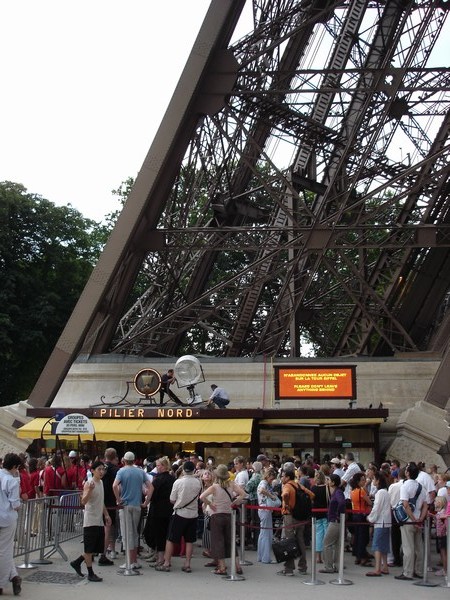 Here’s a small tip for your next visit to the Eiffel Tower:
Don’t go when you think there might be a storm. 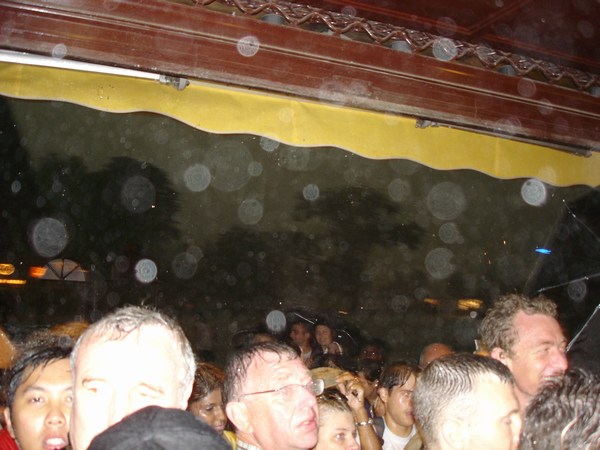 I was nailed hard with pounding rain and a strong breeze while waiting in line — luckily I was under a small covering near the door. As you can see, I am completely drenched in this picture.

To add insult to injury, once I finally found shelter just inside the door, the ceiling began leaking on me.

Needless to say, I got my ticket validated for the next day and hopped in a taxi bound for my hotel. 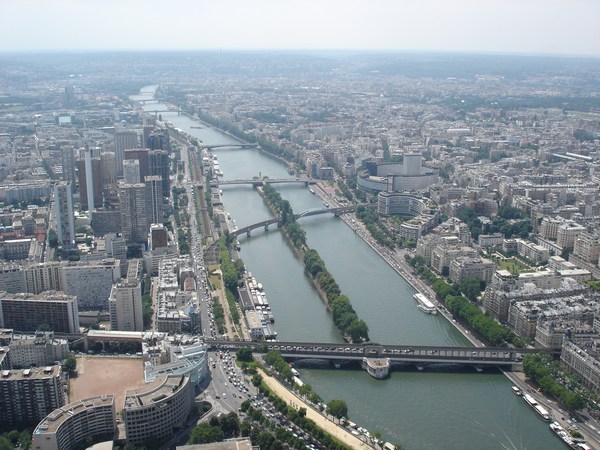 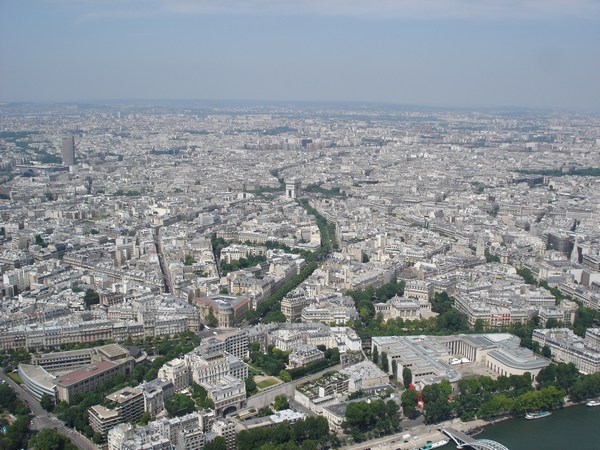 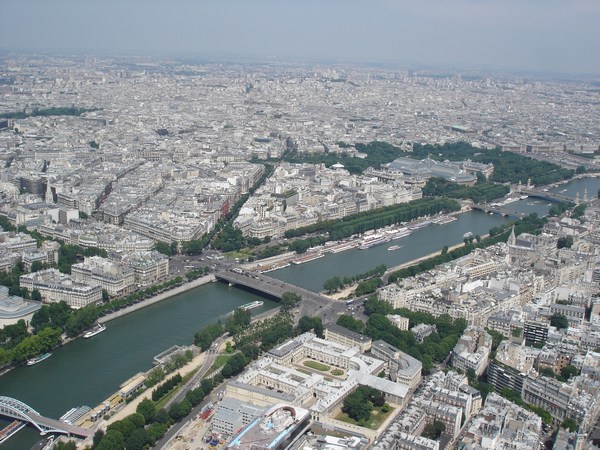 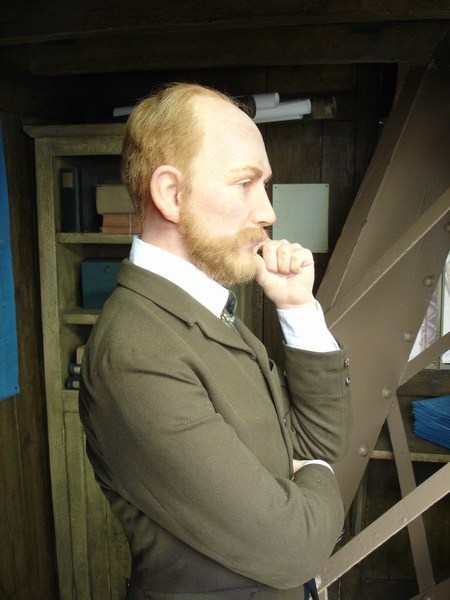 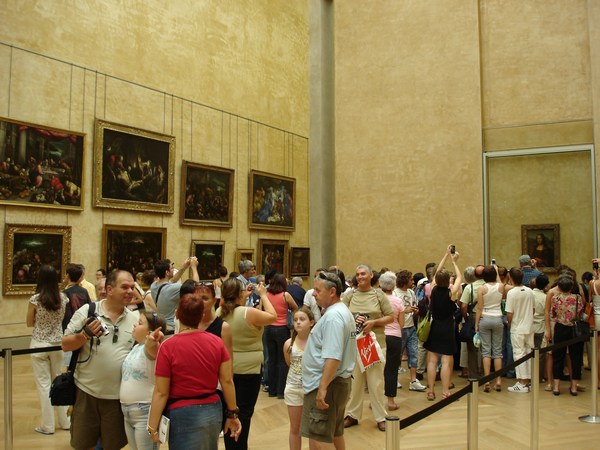 The queue for the Mona Lisa 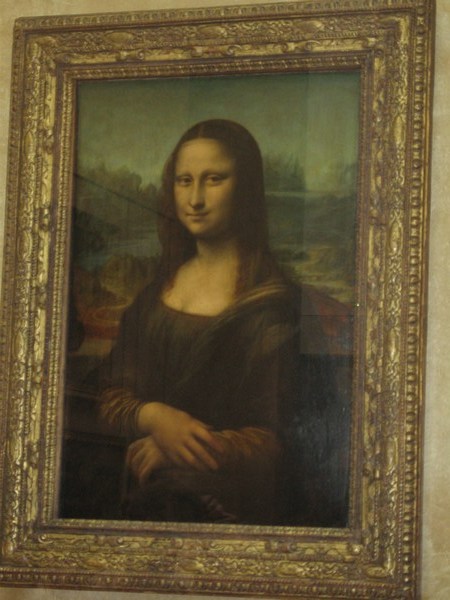 I don’t think this needs a caption :-) 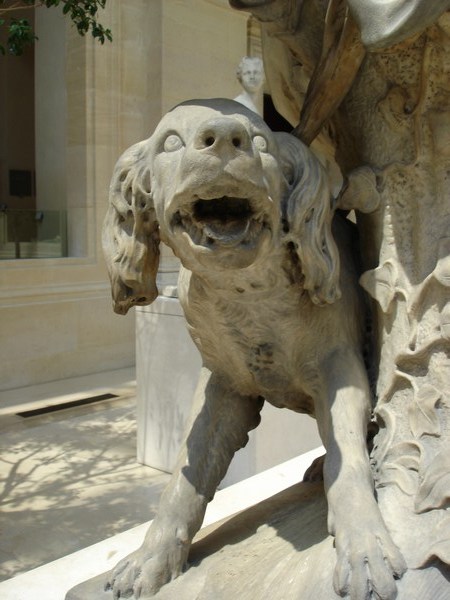 (I never said I was going to give a representative tour :-D)

Before leaving Paris, I had dinner at Terminus Nord, a really delicious place directly opposite (what else?) Gare du Nord. 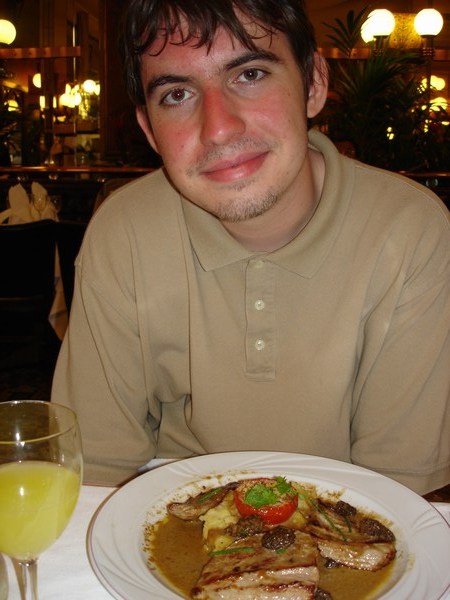 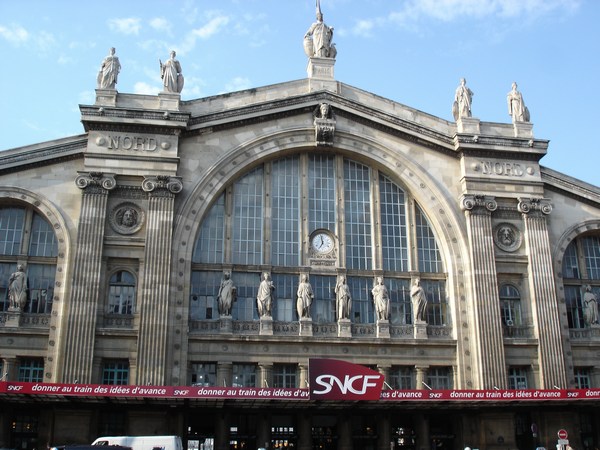 SNCF is the national railway of France, much like our Amtrak.

Check back soon for the next installment :-)

11 responses to “Pardon my French!”