In which I start a new life at pika, etc.

My top left desk drawer hates society, government, and everything dear to civilization. No matter how gingerly, how mildly I tug it open, the entirety of the drawer declares mutiny and goes madly deskless. It takes on average 20 seconds to wriggle the drawer back into its proper place on the hierarchy of desk assembly, and it took me at least 45 seconds to spell “hierarchy” successfully, but it’s summer after all and I’ve had a harsh life. Why complain? I can afford the luxury of reattaching drawer to desk every time I want to misplace my pen again.

Yesterday I moved myself and three suitcases out of my dorm room, bidding soft silent goodbyes to its aquamarine paint job and donut-shaped walls. Its contents eviscerated, my room would soon smell sharply of antiseptic and dry post-vacuum air. By then, I had hit the road in a rented SUV headed for the woodsy heart of residential Cambridgeport, my home for the rest of the summer. My inherent vagrantism and psychological attraction to unexplored spaces screamed that I should move to pika, and I was like, “okay, whatever.”

(My friend Sondy at pika is urging me to share the following video filmed outside my door on moving day at Random Hall. At personal expense, I am obliging her request to post her charmingly Australian-narrated footage in public. Watch until the end; there’s a small surprise.)

(The Curious Incident of the Box in the Night-time was performed at least four times on various floors of Random Hall, until my tortured knees developed speech abilities and started to complain vocally.)

I realized pretty quickly that I might as well be living in a chapter of Walden, preferably one with strong influences of Mark and/or Shania Twain. (Can you feel my enthusiasm for American literature?) pika has one of those cozy, rustic great-American-novel-setting houses with a wild garden in the front yard, a treehouse and tire swing in the back, a homemade roofdeck shyly peering over the Cambridge skyline, wicker chairs and two cats on the porch, brown rice and sweet corn on the stove, and dog-eared sofas and blankets everywhere you turn, including upwards (try the 2nd-floor porch). It’s a house that you can wrap yourself around and snuggle close to on a warm summer night. It’s a house that nudges you to ignore the rigid grammar of academic life and enjoy your summer in lowercase: spontaneous gardening projects, rambling bike trips, communal cooking, bad movie nights, casual conversations lingering in the humid breeze over the porch, fresh pears, long walks on the beach, et cetera.

In the past 30 hours, I have: made my bed, eaten two grapefruit and a few grapes (to be linguistically fair, you know?), sailed on the Charles River, attempted a few non-canonical maneuvers on the Charles River, incurred panicked yells from the boathouse manager, removed self and sailboat from the Charles possibly forever, undesked and redesked my desk drawer at least four times (see above), watched Will Smith drive a motorboat and kick Eva Mendes in the head (not in person, sadly), run on Memorial Drive alongside half-marathon racers, thickly slathered homemade hummus on homemade black bean burgers for a sublimely salty and nutty-textured dinner, napped in the sunshine while flipping through a library book, awoke to the rampant scent of hot waffles, braved the perils of frying a batch of organic green beans large enough to feed twenty, and walked to Harvard Square in the middle of the rain-swollen night. It’s kool not to have skool, yo.

And this is what I come home to: 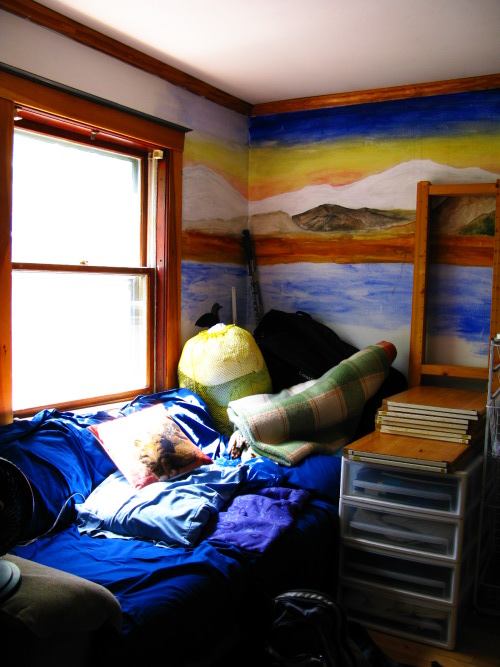 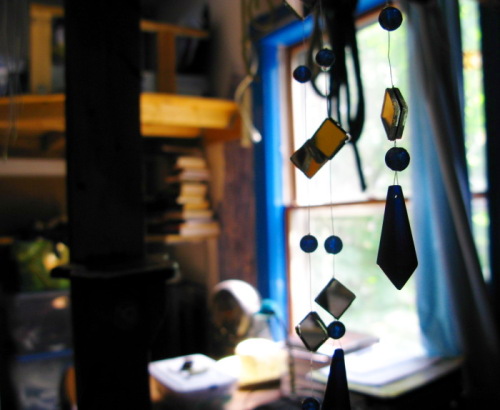 I’m living in a room titled The Coke at pika along with two roommates. We have a couch, a bunk bed, a wall of mirrors, and a loft elevated six feet from ground level. I, lover of thrills, immediately staked out the affectionately-named Crazy Loft. 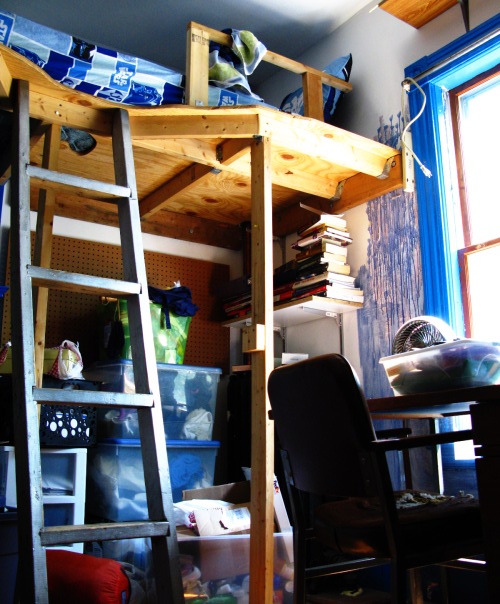 As a sign of territorial possession, I have marked my bed with authentic Star Wars bedsheets. Twelve year-olds everywhere will tremble in envy. 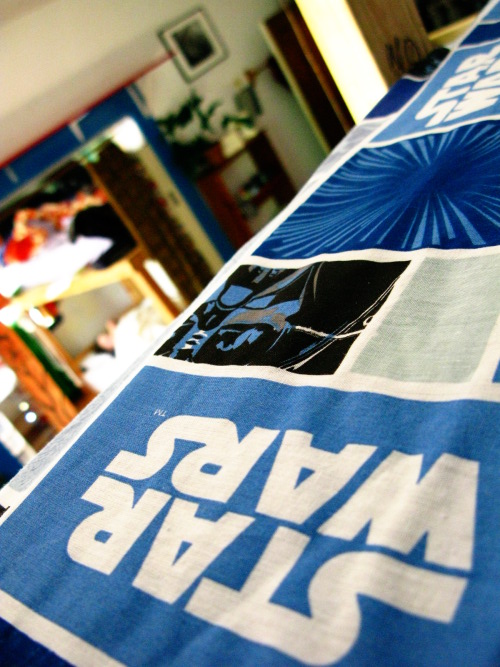 The view, however, is not intended for the weak of stomach, or the faint of heart, or the scared of heights. 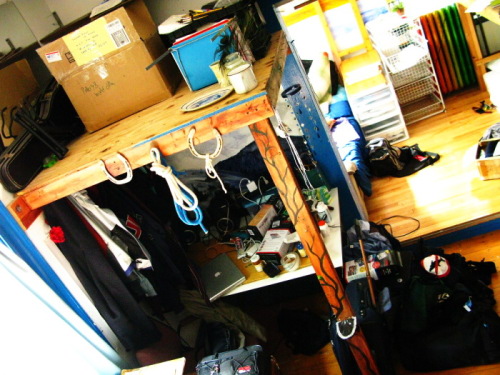 The Coke is nestled with meditative spaces. Elegance in simplicity. Yesterday afternoon, as slender sunbeams streamed onto the wooden floor, I had an infantile desire to play with light, carve and bend it until it arced across the room in luminescent bridges. Instead, I took a nap. 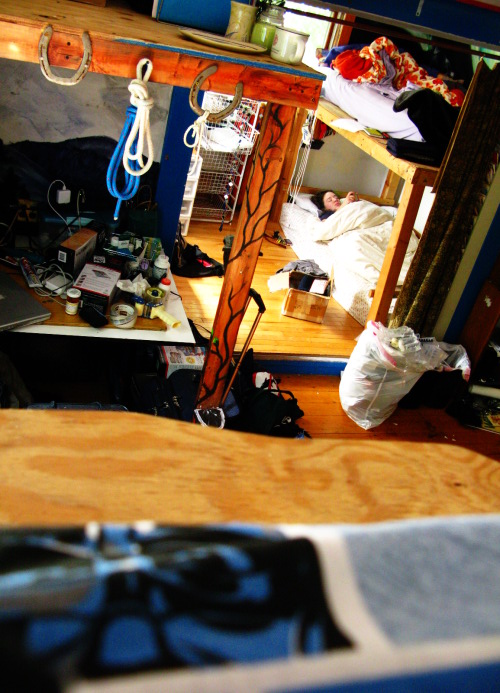 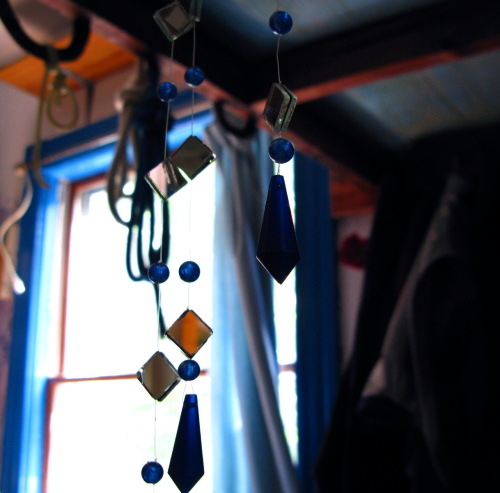 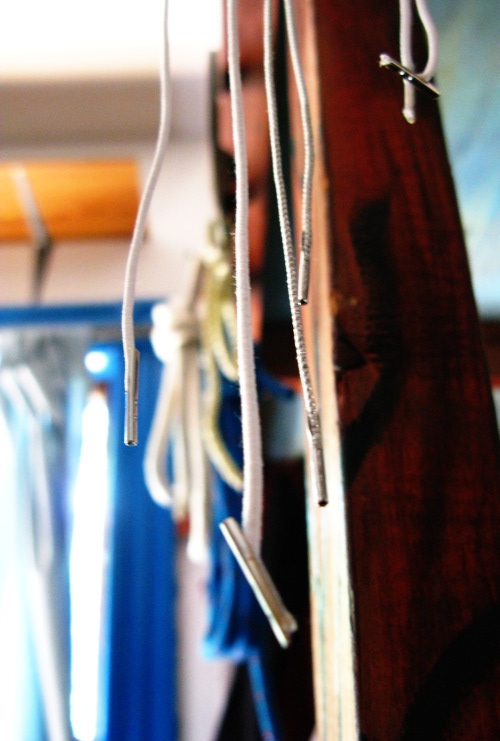 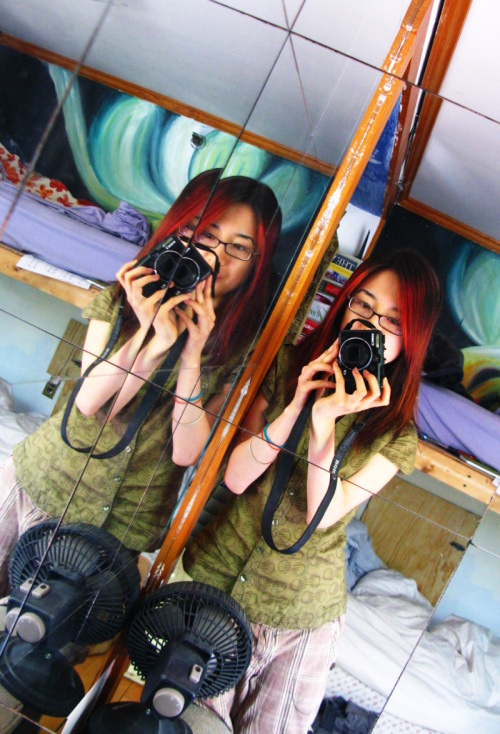 Also, learn to become a better sailor once the boathouse rescinds my restraining order.

27 responses to “Outside the box”