sababa* in more than one way

Maybe I should preface this by saying “do as I say, not as I do”. I guess I’ll come out and say it: I skipped the first week of classes. Normally I would say that sounds like a really bad idea, but it hasn’t turned out to be so bad, and I had a good reason: I was in Israel.

Going to Israel was only the last piece of my IAP this year. I spent the first week in Florida for winter training for crew, followed by almost two weeks on campus before heading off to Israel.

Winter training basically means all the MIT crew teams ship out down to Cocoa Beach, FL, and spend 10 days rowing, eating and sleeping. And video review of course. It’s a great time to bond with teammates and get some sun in the middle of a gloomy winter. 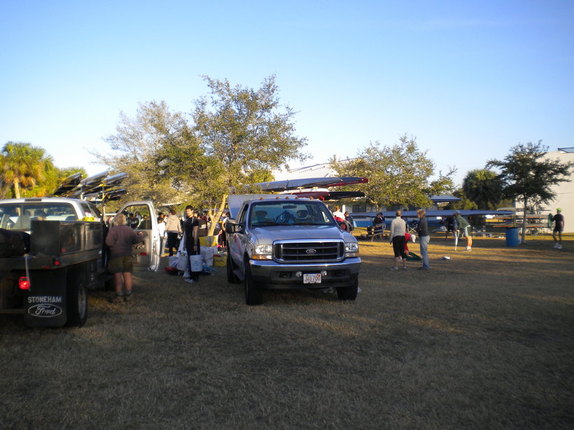 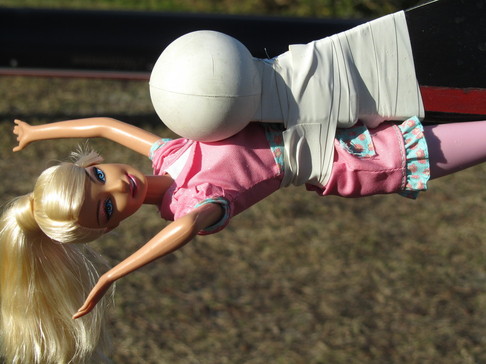 And this is what happens when we do secret Santa… (photo taken by Catherine C. ’12)

Back on campus, IAP was in full swing. On campus, IAP is a time when people take classes, hang out and take part in some crazy competitions that I don’t fully comprehend. For me, IAP meant that I was rowing, working in admissions (‘twas the season) and doing whatever my heart desired. I tried Mystery Hunt for the first time, but epically failed to help the team. I went to some seminars on GIS and Transportation Planning, which were really interesting (my subtle hints to get you to consider courses 1 courses 1 or 11 ), and also began an epic adventure with some friends to make things from scratch. During IAP we went on a snow day adventure to learn how to make our own beer and proceeded to set up our brewing station and watch the CO2 bubble away. We made ginger ale (much shorter fermenting process), hummus, zug (a Yememite hot sauce) and bread. The list, however, is much more extensive, but we’ll see how project completion fares with the semester in full tilt. There were also some knitting parties that occurred, as everyone in WILG seemed to start a project over IAP (I personally learned how to purl and am finishing up a scarf; I’m hoping that my next project is a hat. Round needles for the win).

It seemed that no sooner than I had arrived on campus, it was time to leave again. I decided that this winter would be the best time for me to go on a Birthright trip, because you need to have flexibility in the dates you can go, which may not happen again for awhile. For those who don’t know, Birthright is a Jewish-Israeli program that sponsors free 10-day heritage trips to Israel, in order to increase knowledge about Israel and strength participant’s Jewish identity and connection to Jewish culture. Although there is an obvious bias in the programming towards Israel, it is a great way to connect people with other Jews and the Jewish culture.

For me, it was an incredible opportunity to travel to Israel and do a whirlwind tour of the country. I’ve traveled all over the world, but this was my first time in the Middle East. During the course of 10-days, we covered nearly the entire length of the country, from the desert in the South, to the border with Lebanon in the north.

I had chosen to take part in a program called “Israel by Foot” which meant that we had extra hikes included in our program. My favorite hike was in a place called Makhtesh Ramon, which is essentially a giant crater created not by a meteor or volcanic eruption, but rather because the rock collapsed under its own weight. We spent one night camping in the makhtesh and the next morning, we went on a hike along the ridge overlooking the entire crater. The trail we went on was part of the Israel National Trail, a hiking trail which runs from the North to the South of Israel (or vice versa). 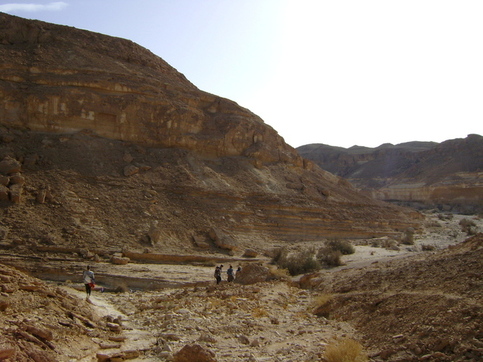 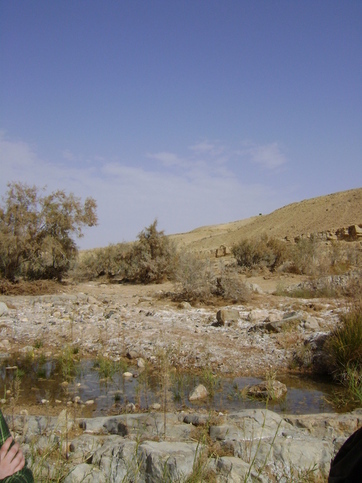 Water in the desert

Other highlights of the trip were floating in the Dead Sea, seeing the Old City in Jerusalem and learning my way around an Israeli pharmacy. The Dead Sea is incredible because it really is as easy to float as people say it is; in fact, it would be very difficult, if not impossible to not float (some guys in my group tried to test this idea by filling their pockets with rocks). The Old City in Jerusalem is exactly the type of place I love—easy to get lost, full of interesting buildings, small markets and random rooftops. An unfortunate side effect of traveling on a bus with 40 other people for ten days is that illnesses spread quickly. Over half our group caught a terrible Israeli cold, which most of us are still fighting off a week and a half later. The bright side is that I now have Dayquil and Nyquil labeled in Hebrew, along with a multitude of other Israeli pharmaceutical products. Somehow the Hebrew makes it slightly better. 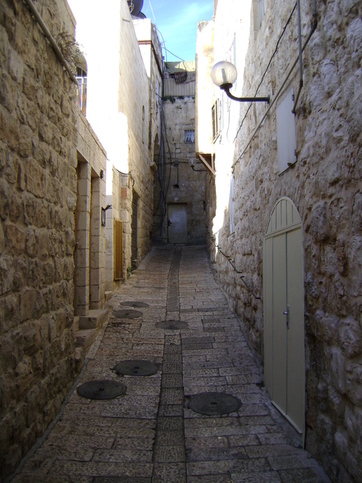 A street in the old city in Jerusalem 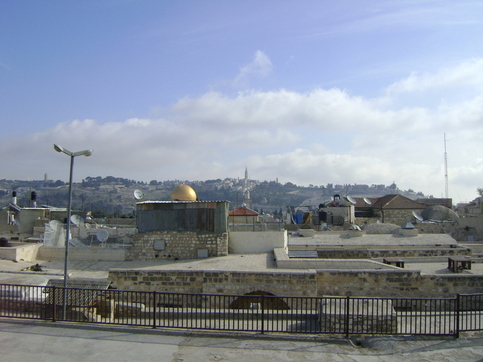 Spending the first week of term in Israel was definitely worth it, and the repercussions haven’t been too severe so far (other than that stubborn Israeli cold). It was great to get out of the country again, which I hadn’t been planning on doing until after the summer, and to meet a great group of 40 new people. The term is off to a relatively smooth start so far, but that is best left for another day. For now, I leave you with some of my favorite pictures from Israel. 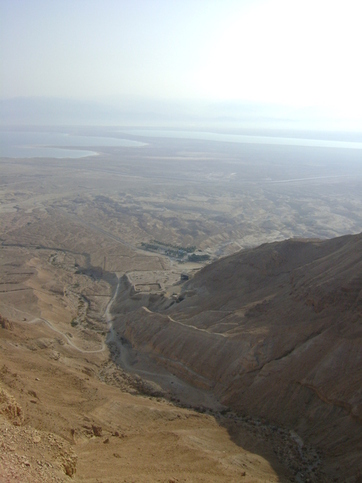 The view from the top of Masada 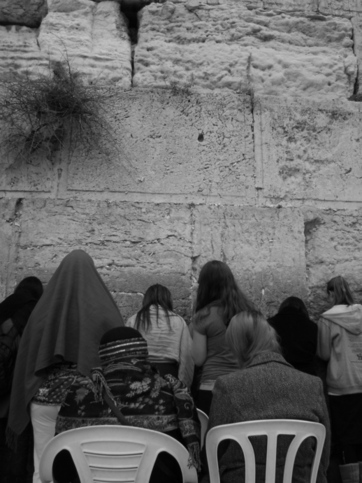 Women praying at the Western Wall 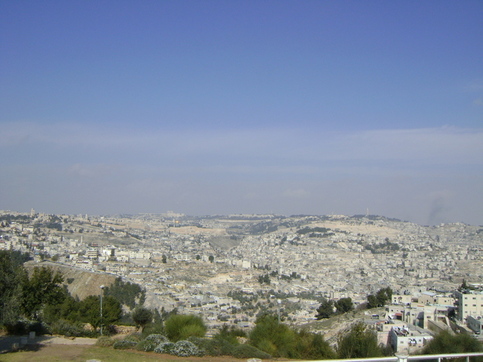 The white city of Jerusalem 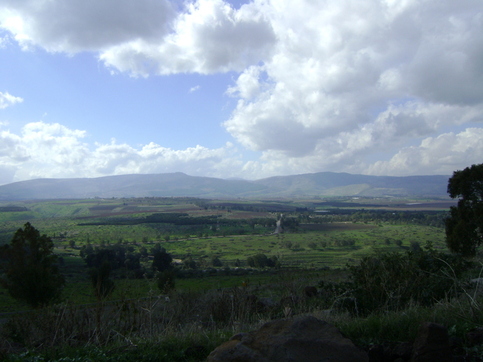 A view of the countryside in the north of Israel 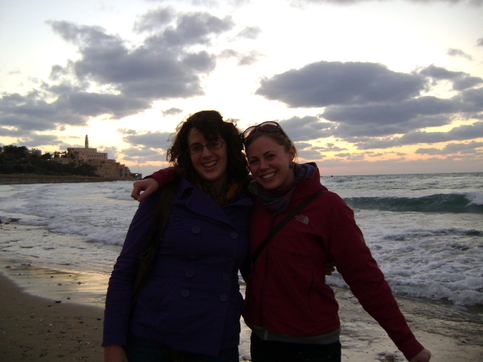 At a beach in Tel Aviv

*sababa means cool in Hebrew. Yes, it was a bad joke.

5 responses to “A Three-part IAP”