I missed Meet-The-Bloggers, and some things on this semester

During the Meet the Bloggers party on friday, I sent the following email to Ben Jones:

and am i invited?

It turns out I was invited. Sorry I got confused.

It’s not too late though, to meet me, that is. You know where I live. Here a special shoutout to my homegirl Jessica. She was my prefrosh hostee for an overnight when I was a wee freshman and now she’s all grown up and class of 2011 and everything :) aww

I didn’t get a prefrosh this CPW. I also didn’t get to be Tim the Beaver, which cut me pretty deep.

I haven’t updated in a while. What have I been up to?

For one, I went to West Virginia. I know, I know, WHY? Well, because Cambridge was doing this: 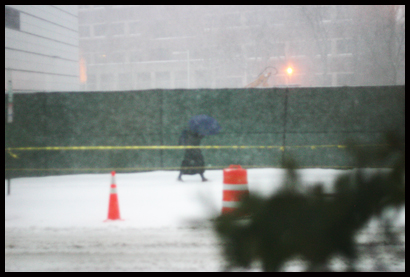 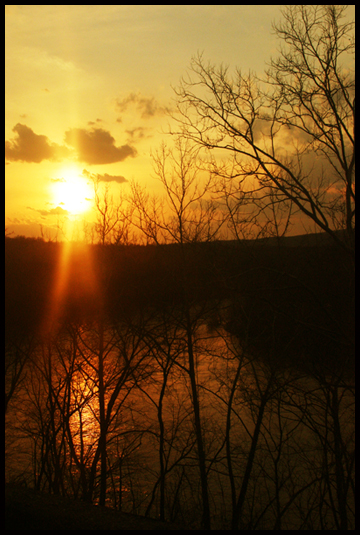 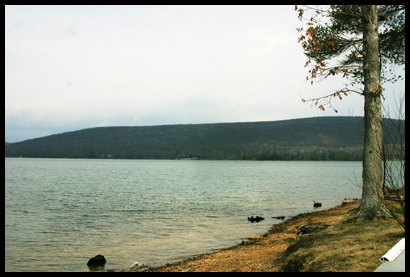 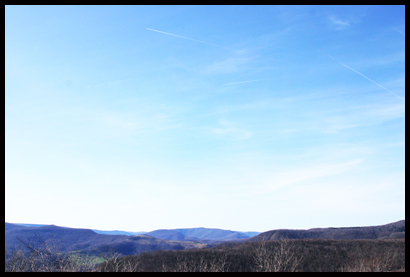 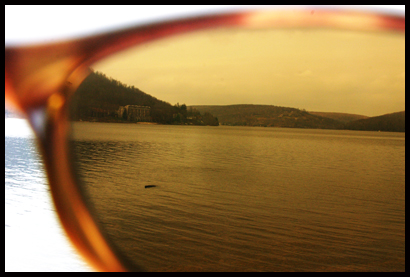 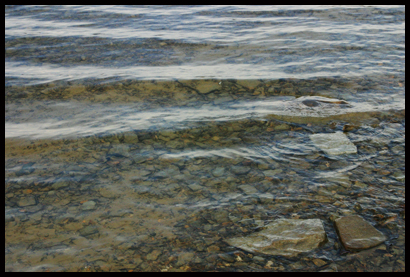 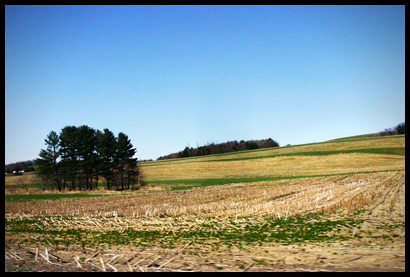 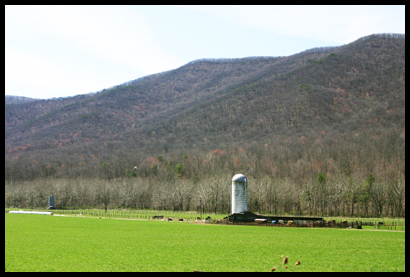 Me n my travel buddy: 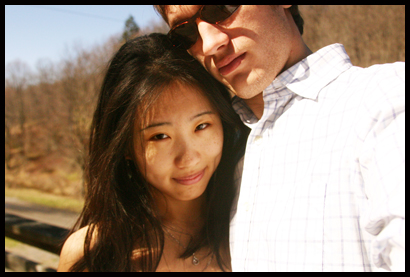 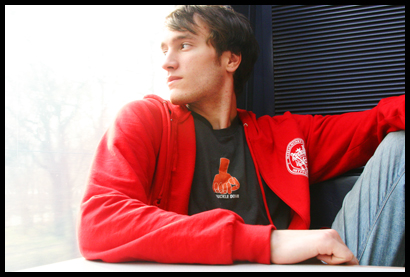 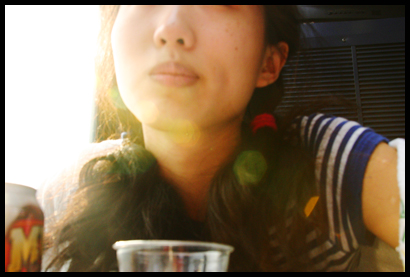 Got to learn how to drive stick-shift: 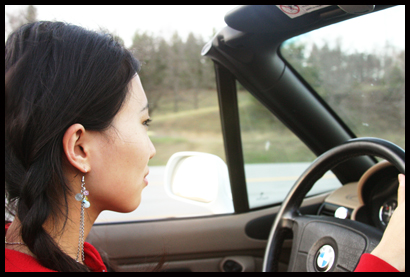 Got to stand next to some big huge telescopes. 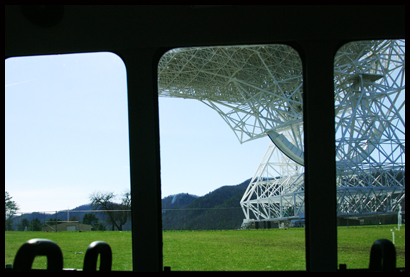 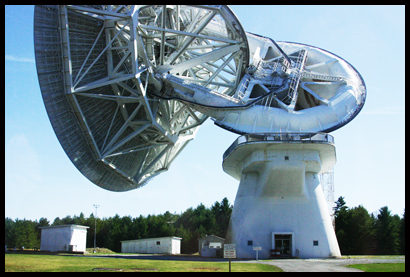 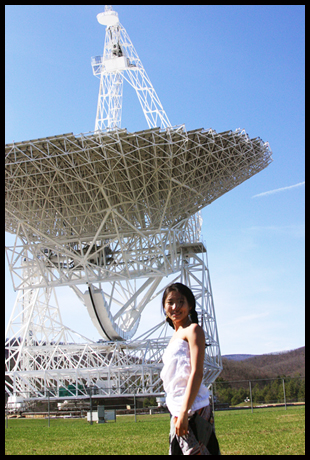 Sometimes, nature does some strange things. You think you know, but one day it was thunderstorming and the lightning hit the little pine tree on the side of the road instead of the big huge telescope next to it. 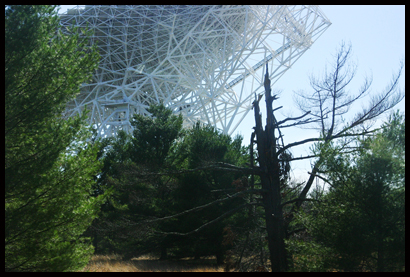 Did you know? The National Radio Astronomy Observatory in Green Bank, WV is located in the nation’s only radio-quiet zone that spans approximately 15,000 square miles in area. (fact check!: 13,000 sq miles. source: Wikipedia)

Rode around in a convertible: 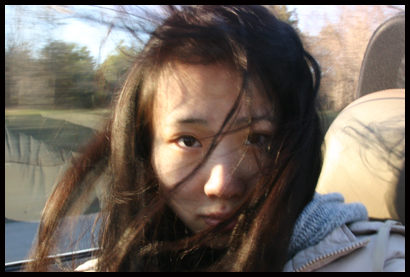 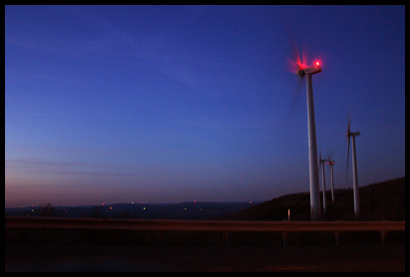 And more! But you’d have to be in my writing class to know the rest.

In other news, I’ve been running around like a maniac, made two overnight trips to Connecticut in the same week because the US Government made me. The end result: I’M A CITIZEN! Yeah go me, and good thing, too, since I’ll be working at NASA this summer building a satellite. PAID INTERNSHIP. Because I don’t think it’s top secret, I’ll talk about it a little. It’s called the Transiting Exoplanet Survey Satellite (TESS), hopefully the lowest budget useful gadget we’ll ever send into space. The launch is *hopeful* for 2009 2010 but one never knows. It will look for extrasolar planets (transiting planets- that cross in front of their host stars). The project is very ambitious for a 2 million dollar budget. Oh yeah and the project hasn’t officially begun yet, which is really cool for me, maybe I’ll play a minutely important role in the whole thing and see it go up when I graduate from MIT.

Anyways I’m really excited about that and on that matter I think I’ll put in a plug for MIT:

Look, go anywhere you want, but KNOW, that if you come here, you’re guaranteed some pretty cool connections. I have to say I’ve had generally great experiences with the professors and administration here. I dropped Aero/Astro and switched to Physics (which was, by the way, as simple as filling out a half-page form), but still go in and talk to my advisor from Aero/Astro (Prof. Wes Harris) about career plans and classes and things like that. A major in Course 16 has tons of requirements but if you want to build some kind of curriculum for yourself, it’s actually extremely flexible and allows you to petition out of many basic courses into the more advanced ones. Course 16 admins still send me emails about internship opportunities that open up (how I heard about this one), and I still have card access to the labs and lounges! (though that might be accidental)

…and UROPS! If I didn’t get this particular job, I would have gone with the science team working on the MWA (Mileura Widefield Array, I believe) to Australia to help them assemble the radio telescope array. As a UROP student. Which, yes, at this point I’m just bragging but LOOK AT THE COOL THINGS YOU GET TO DO! And I’m just a dumb sophomore with okay grades and very limited experience.

This internship is in California, so I’ll be on the west coast for all the summer. But I won’t be alone, there are 3 or 4 other students in Aero/Astro going out to this NASA facility (working on different projects, of course) and a couple of physics kids that I know.

I can’t think of anything else to talk about right now. Oh, the ring delivery is this thursday. That’s pretty cool I should have some pictures. And also, hope you had a good time at CPW. But remember, CPW might be fun, but keep in mind, Orientation is EVEN MORE FUN!

p.s. I took a picture of a dog holding a whole sandwich in his mouth (this was in WV): 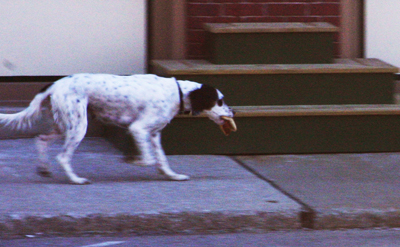 I haven’t seen anything like that before or since.

Good! Yay, pick a college. Do it quickly. Don’t make a fuss.