We Sport Death like it's never been done before

If you didn’t already think that this past weekend at MIT was jam-packed with events like Senior Ball and Burton-Conner’s dinner cruise, then this will most definitely have you convinced:

Steer Roast was this weekend.

If your initial reaction to that was “…um, what?”, then I’ll fill you in: Steer Roast is Senior House’s claim to fame – it’s our annual weekend-long party centered around the overnight roasting of a steer in our courtyard and the subsequent feast. The following description is courtesy of a presentation on Senior House and Steer Roast created by Charisse ’03:

“I present Steer Roast as an extreme barbeque: instead of grilling hamburgers and hot dogs, we roast over 300 pounds of meat over a giant spit for 17 hours; instead of getting a band or two to perform, we hire a dozen bands to play over two nights; instead of general barbeque activities including horseshoes and lawn darts, we provide a 10 by 10 foot mud pit, strippers, and a casino. The festival celebrates Senior House culture by sporting death, because only life can kill you.”

Steer Roast has been held in the spring every year since 1964. Legend says it started as a small barbeque in the courtyard, but alums – who return en masse for Roast every year – state otherwise. From Michael Potash ’69:

“No, this did not start out as a little barbeque and grow. No. It started out as a big bang, it was a huge thing… it was 1964 in the spring… it was big from the very first day.”

That said, I present you with pictures from the pit lighting and mud wrestling from this year’s Roast. Captions will appear if I feel like it – that is, not often. 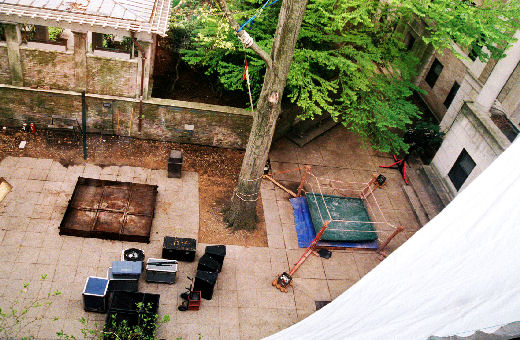 The courtyard Friday afternoon during setup

People filled the courtyard and crowded on balconies for the pit lighting: 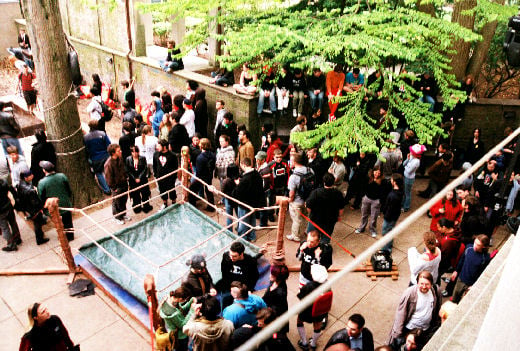 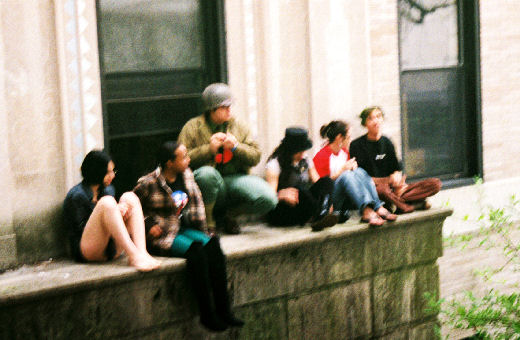 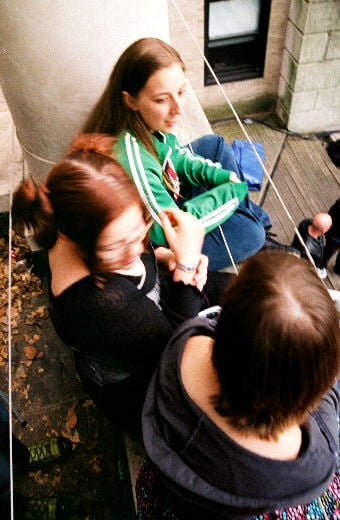 A considerable number of alums bring their families to pit lighting and the feast. 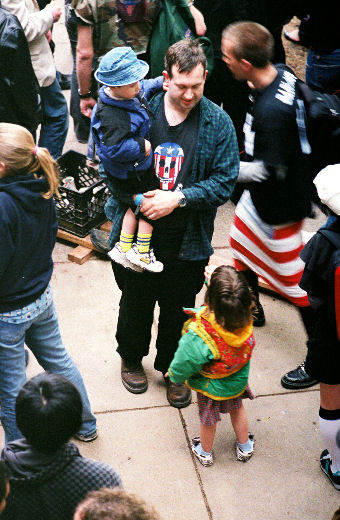 Former GRT Foley got Laurie ’11 to record this year’s lighting: 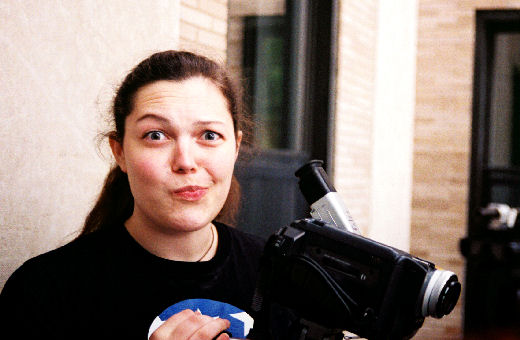 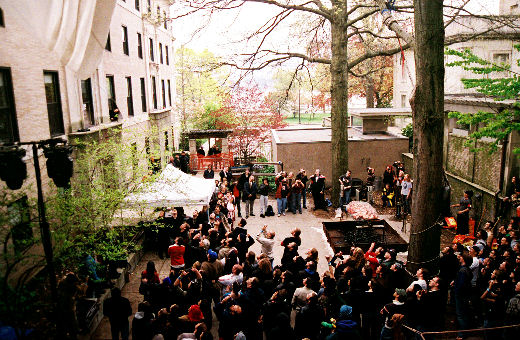 The pit is traditionally lit by a flaming roll of toilet paper sent from five stories up, hence everyone looking skyward.

I didn’t get a shot of the roll on its way down, but I do have these pictures of the flaming pit (which is what you were all waiting for anyway): 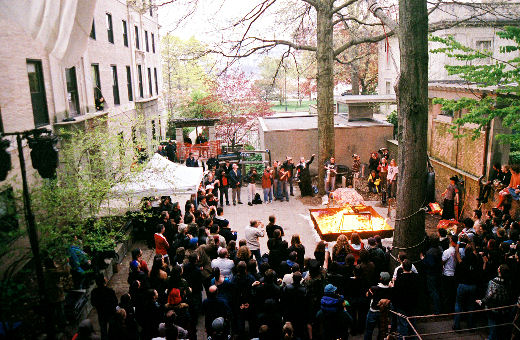 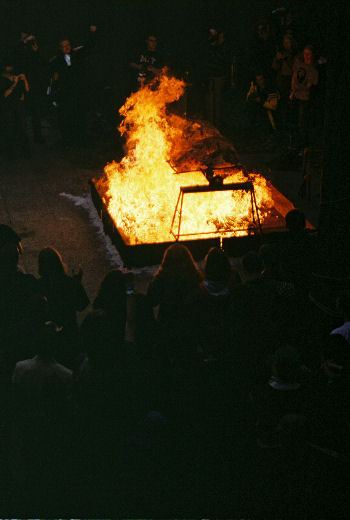 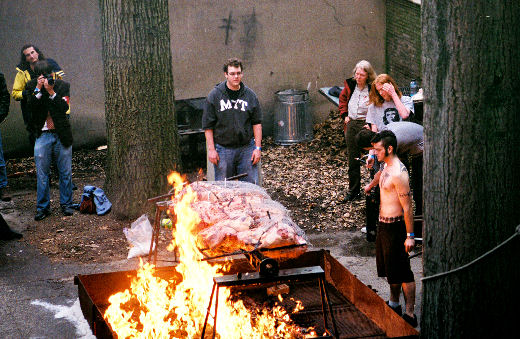 The meat is taken off the spit the next morning and served as part of a full meal in the courtyard that afternoon. Upwards of 300 people attend each year – I was one of the people cooking for the Feast, and at one point on Saturday morning I managed to fill all of the ovens in the Haus with massive amounts of baking pie.

Our housemasters kicked off the mud wrestling, as they do every year. (Hey. Prefrosh. You know that Guide to Residences in the NBM? Check out our i3 video in the DVD. Yeah, that’s them. Cynthia Jenkins always wins. If you can’t take the time to get out the DVD, here’s a YouTube video of them wrestling at last year’s Roast.) 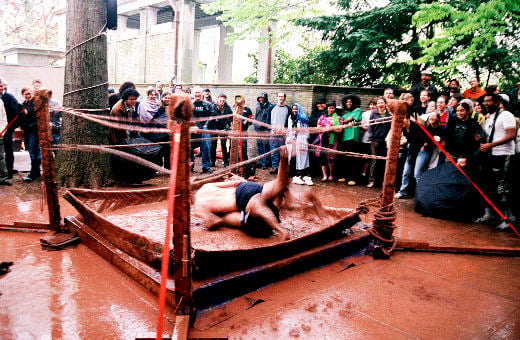 So yeah, you’re looking at Paul in the picture below. Paul does not yet know that this picture exists. Hi, Paul. You can kill me later. 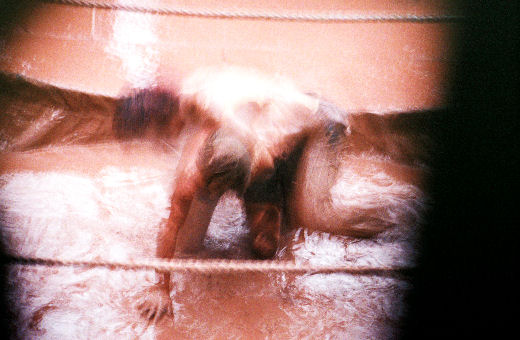 I spent some of Friday night hanging out with Dorota ’10 while she was on Meatwatch (what, you think six sides of steer just roast themselves?) and listening to some of the bands. 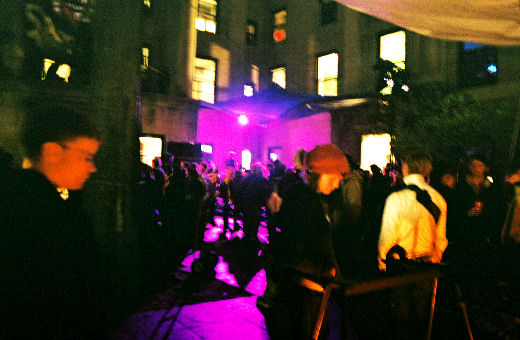 Of the bands performing, I got to see five; Professor Murder and Oxford Collapse were probably my favorite two.

Roast is also a time for halls and suites to do something art-related, or just something awesome. The residents of 433 ordered thousands of googly eyes and glued them to everything in the suite. 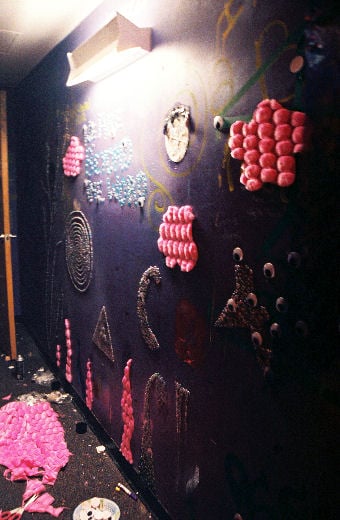 My hall, the 4th HNC, went with an overarching theme, “Things that pop.” This involved bubble guns that made their way throughout the Haus during the whole of Friday night, but the highlight was the three hundred balloons stuffed with little packets of Pop Rocks, inflated, and used to fill the entirety of our hall lounge. We started doing this the Sunday before Roast, so the balloons had to be stored someplace during the week.

This place ended up being my room. 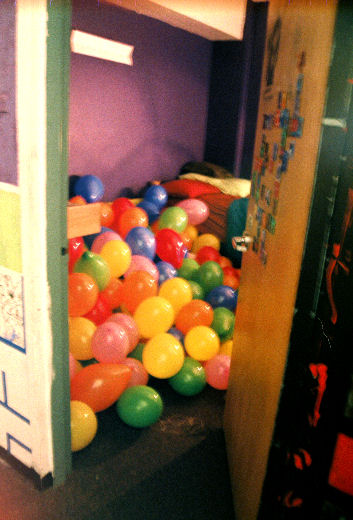 Somewhere under those balloons is a couch.

I’m still exhausted from not having slept this weekend. My voice is completely shot, and it doesn’t show signs of returning any time soon. It was absolutely, absolutely worth it.

More pictures later. Or you can look for them yourself if you want. I’m not the only one who had a camera, and some people were smart and used digital instead of film.