If you walk down Massachusetts Avenue to the Charles River esplanade and cross the Harvard Bridge without getting knocked over by a militant stampede of Nike-shod joggers, you can congratulate yourself by turning left down a ramp that winds straight into the lushest pad of greenery ever seen outside of a salad that contains neither fruit, nor croutons, nor dismembered chickens, nor whatever other non-greenery mars the verdantness of thy salad (/exaggeration). Every morning for the past two weeks, I’ve dipped into this light-dappled jewel of a park where tendriled weeping willows echo the curves of smoothly arching bridges and cyclists have the decency to ring their bells at least 3 meters before nicking off your left earlobe as they glide by with beautiful, ear-splitting swiftness. Past the sunbathers sprawled supine like sardines on a plate, over the stone bridge and sandwiched between river and path, there sits a grove speckled with many a bench and shaded by many a tree. Every time I pass, beautiful and poetic sentences spontaneously run through my mind. Sentences like, “This looks like a good place to study solid-state chemistry.”

So I should confess now that I’m conspicuously irregular in my sleep schedule, and I say this relative to the rest of the MIT student body. Historians believe that Kepler, while studying the orbits of human consciousness, mathematically determined that my sleep cycle was actually elliptical. Typically, I prefer to wake up two hours before classes start (meaning between 7:00 and 8:00 . . . that’s AM, in case this isn’t clear, which it probably isn’t to my roommate). Within 10 minutes of waking up, I’m running down Massachusetts Avenue, half-groggy and half juiced with adrenaline. Within 20, I’m in Boston, drowning in an exhilarating expresso of sunlight and sharp cold air.

Within 150 minutes, the energy boost from my 30-minute run bursts like an abused pinata, and distracting little candies manufactured by Sleep Deprivation and Co. spill right into the middle of my morning lecture.

Anyway, one of the perks of running is the spontaneous discovery of nice study spots.

Now, take the sum of everything that I’ve just written, factor in the MIT constant of Potentially Bad Ideas, convert it to Standard Blog Units, and you have the story of last Sunday. If you didn’t get the results that I’ve shown below, you probably messed up while completing the square, or something like that. I say this because I always complete the square completely, and so clearly this would be not an error on my part. In fact, squares are so used to being completed by me that nowadays they just complete themselves whenever I’m around.

I woke up on Sunday and immediately knew that this was a day of unusuality. The sun was brighter than usual, the breeze through the window was livelier than usual, my mattress was harder than usual, more leaves were sprouting from my ceiling than usual, and . . .

This wasn’t my dorm! For one, there were no power outlets. I was holding a camera for some reason, so I snapped a picture of the view: 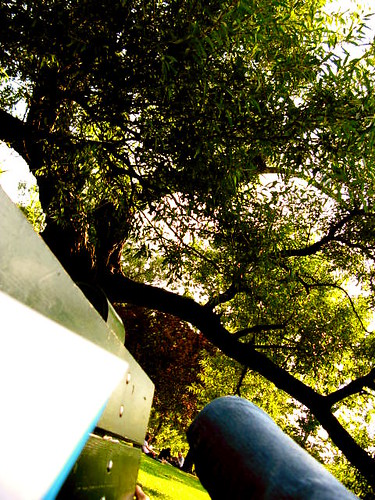 Apparently, I had fallen asleep on a park bench by the side of the Charles River using valuable electronics items as ersatz bedding. After a bit of intense blinking, I remembered grabbing a bunch of homework, my laptop, and Katelyn ’12 from Random Hall at around noon for an impromptu study session in the great outdoors. Further checking of the pictures on my camera confirmed my hypothesis that I had been homeworking at some point earlier in the afternoon prior to my nap. 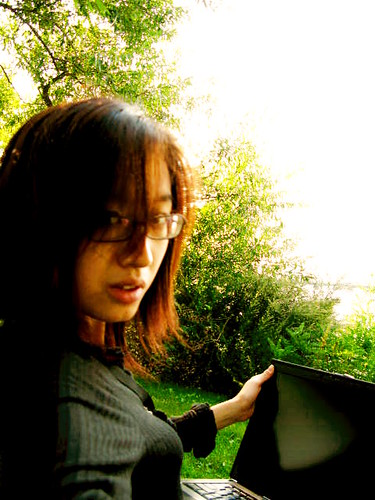 All in all, it wasn’t a bad way to wake up, suffer a confusingly disorienting memory lapse, and unexpectedly realize that you suddenly know everything that’s going to be on the chemistry quiz on Tuesday. 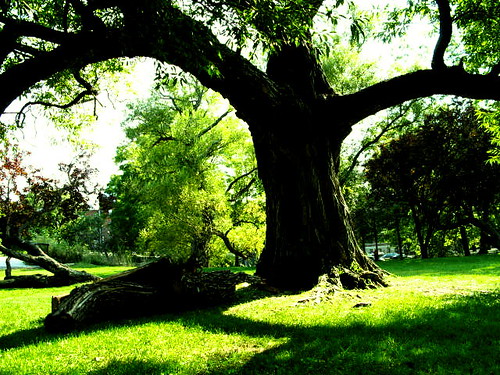 A gondola sailed by, which temporarily turned my life into a Tour Italy special on PBS. 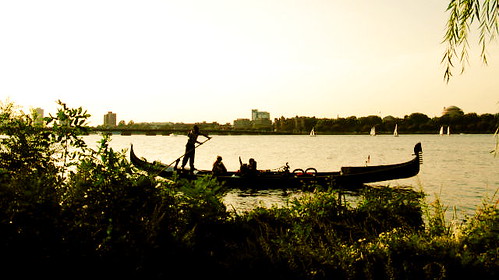 Moral of the story: You might have noticed that the Princeton Review recently graced MIT with the superlative, “University Where Students Study the Most”. For the unacquainted pre-frosh, this no doubt conjured grim visions of long hours in sterile libraries and windowless classrooms, which, admittedly, exist here in noticeable quantities. However, there’s always less mind-numbing options within reach, whether it be in the park or in your dorm lounge with the company of friends and Youtube and a deep fryer. Granted that this was not the most efficient or accessible way to study, it was certainly one of the least stressful.

Plus, I now have a place to live if housing costs go up. (Honestly, that bench wasn’t too different from my mattress.)

29 responses to “Sunday in the Park”