Some other first year memories captured in photos

I’d put that text in some <marquee> tags, but I’m afraid that if I did, my boss would laugh me out of the building for using such a cheesy html gimmick in a reputable post. But trust me, I’m excited.

Before I could reap the joys of summer, though, I had to move out. For Next House, residents that weren’t graduating had to check out by noon on May 21st. Conveniently, this was the day after my final exam in psychology. Even more conveniently, my room had a lot to sort out and clean, but you’d never know that by looking at my dorm room when I was finished: 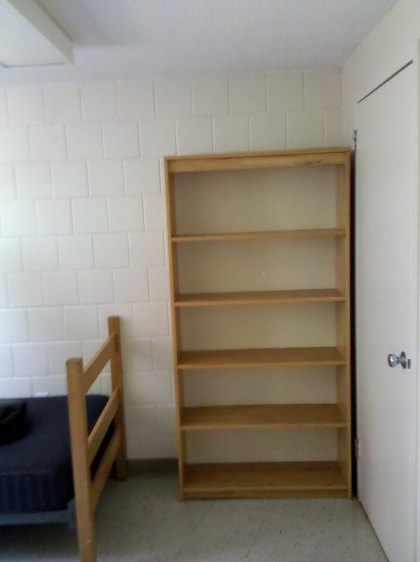 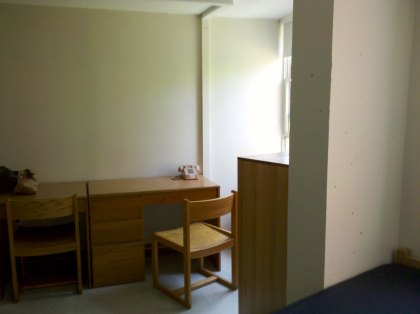 …this is despite the fact that I moved out maybe 4 to 5 equivalents of this amount of stuff: 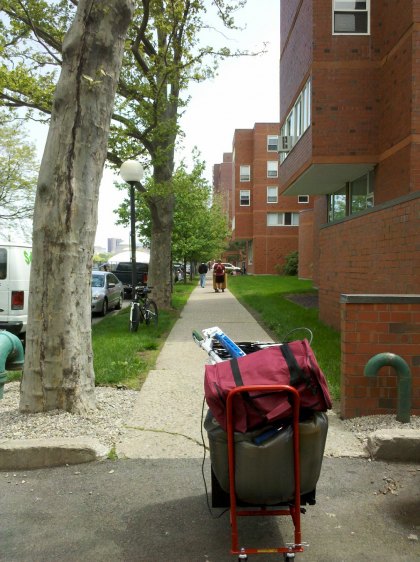 My stuff, looking a little dejected. It must’ve gotten Stockholm syndrome from being at MIT for too long.
That morning was long and filled with a lot of hard work. It was also one of the more surreal mornings I’ve ever had in recent memory; just imagine having tangible proof that your first year at MIT was done. From the perspective of a student, it gave me a sigh of relief, but one that was touched by my incessant need for a challenge.

From the perspective of a student blogger, though, it just gave me a sigh of relief, because now I can put up a few photos from moments that were good enough to blog about, but got buried under schoolwork. With this, I present The Blogger’s Cut, Year One: the other cool stuff I did as a freshman.

As part of the FSILG&D challenge (which I previously covered), some of the residents of Next House and I teamed up with MIT’s Aspire. Aspire, a graduate student-led group, regularly heads down to a warehouse in Lawrence that’s chock-full of overstocked textbooks. 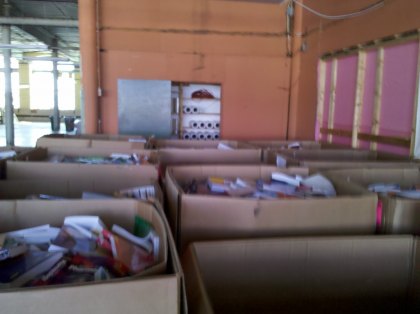 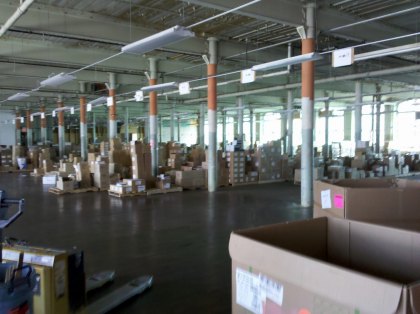 As you can see, it’s sparsely decorated, but one fixture of the building did catch my attention. That was a single banner depicting the National Library in Sarajevo, before and during a siege that took place in the early nineties. It was meant to motivate us and remind us of what our efforts would help reverse: an unequal distribution of knowledge and the resources by which one can become educated. 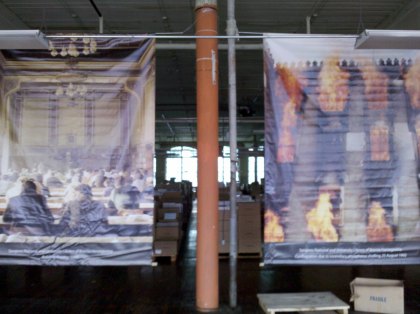 With all of us sufficiently motivated, we jumped into one of dozens of boxes… 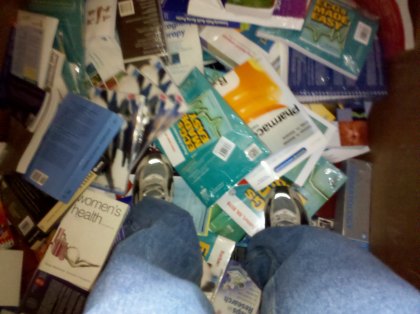 …and organized the books so that they could be shipped out. 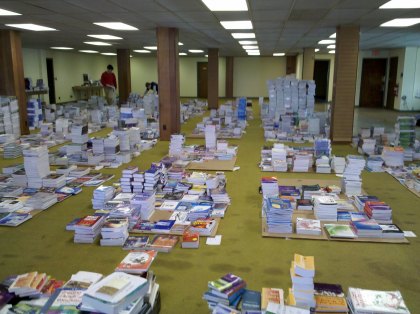 I suggested that the S.I. adopt this number of books as a new unit of measurement.
I’ve seen book drives before, but the stuff that was going on here made it seem like each weekend, Aspire was sending out scaled-down versions of the Library of Congress. Medical primers, photography books, maps, math and science textbooks, and even a handful of veterinary and nursing guides were placed into boxes destined for countries all around the world. We did this from 9 until 2, but all of us were smiling the entire way.

Ages ago, Matt McGann told you that Mark Wahlberg paid us a visit. In fact, he’s filming somewhere in Boston. I didn’t take a picture personally, and I’d feel creepy stealing one from a friend’s profile.

But have this photo instead! I took this one myself! 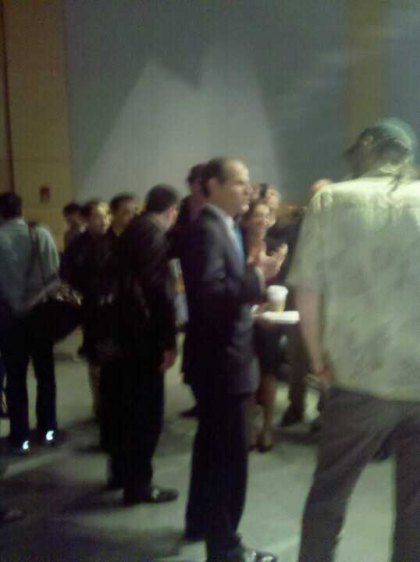 Yes, I do feel like a paparazzo.This is former attorney general Eliot Spitzer, who now hosts In the Arena on CNN. He delivered a great talk on the government’s role in regulating the economy to promote one of his books.

This year, we were also visited by Janet Napolitano, and PETA’s Vice President of Policy, Bruce Friedrich, who treated the MIT debate team to some good ol’ rhetorical sparring.

Kilofonzies, The S.I. Unit of Cool 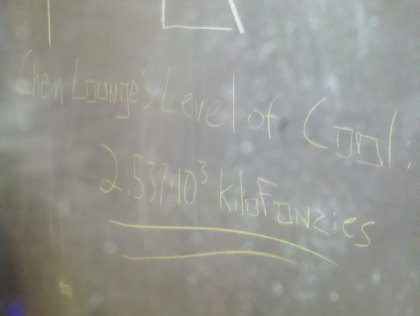 It turns out that the chemistry major’s lounge is right by where you need to turn in work, and chem majors…do things like that to simultaneously affirm and cast doubt on their claims to coolness. But hey, they measured in kilofonzies – who am I to dispute that?

2 responses to “The Blogger’s Cut, Year One”