My last day at work was bittersweet. And if there's one thing I've learned from my year as a blogger, it's to take pictures. So I did.

Today was my last day at work, which was very sad.

Well, let’s go with bittersweet. Trust me when I say that I deal with all kinds of insanity at that place on a daily basis. (I’m a lifeguard at a waterpark, for those of you just tuning in.) You think you deal with rude customers at Old Navy? Psh. I have to argue with parents to put lifejackets on their kids, and you’d be surprised how often the argument, “It could save his/her life” doesn’t work.

Of course, if you have the right amount of perspective in life (i.e. a lot) you can make it through the day and in fact an entire summer by finding all of this very, very amusing. Plus I work with some awesome people and my job can be a lot of fun. Very entertaining and whatnot. So leaving was bittersweet.

To commemorate the day, I thought I’d share with you some pictures of the waterpark I work at. I mean, I know you’ve all been picturing it in your heads all summer and are just dying to know what the place actually looks like. Right.

So here it is, Runaway Rapids Waterpark: 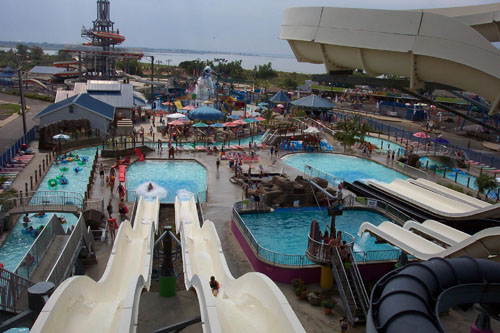 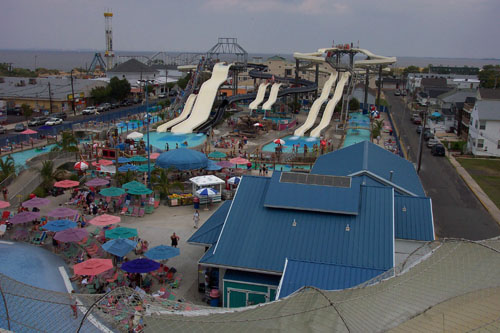 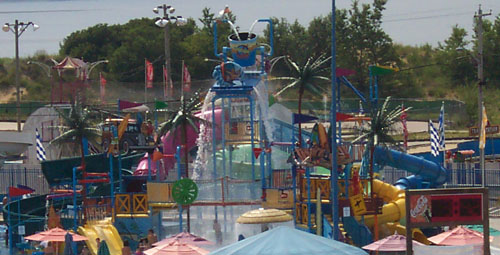 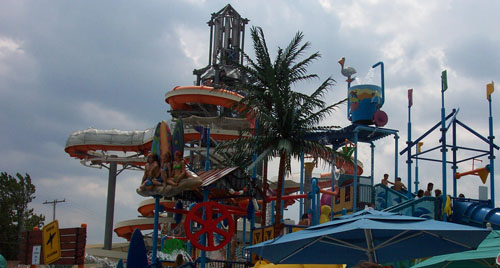 This is the kiddie section. It’s full of about 3 million different things that spray water around in a myriad of different ways. It’s kind of a fun place, unless you happen to be under the bucket when it drops. That thing is brutal. Oh, it’s also not too much fun if you’re a lifeguard. Because then all you do is stand there and repeat the phrase “Don’t run” about three bajillion times. And that’s not really the glamorous part of the job, you know? 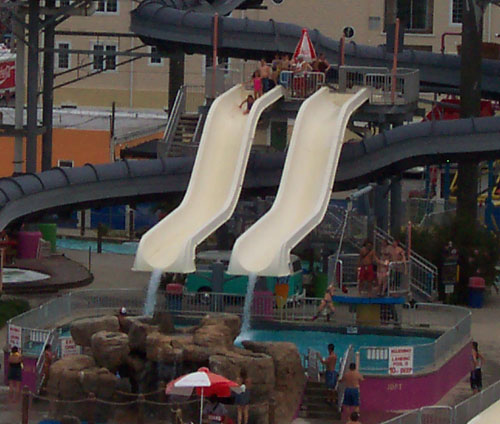 The ten foot pool. Where I get to be awesome and actually save lives. For real. I know, I know, you’re thinking, “But, why would you have to save anyone’s life? I mean, why would anyone who doesn’t know how to swim jump into a pool ten feet deep???” That’s an excellent question, and I wish I knew the answer. 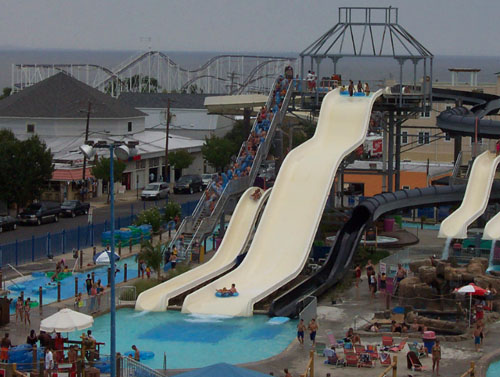 The affectionately nick-named “triples.” Some people have trouble with this, but watch as I make it all make sense: there are three slides. Triples. Ta-da. Anyway, triples is where all the action is. There may only be three and a half feet of water in that pool, but all kinds of chaos unfolds there nonetheless. Today, for example, in one hour alone I had to handle one accident on the slide and jump in to save two different kids.

So that’s my job. Or rather, my former job. I have the weekend to hang out with friends and family, then a three day vacation in Atlantic City (most of which I intend to spend on the beach), followed by two days to shop and pack, a trip to Shea Stadium for my first Met game all season (!!!), and then it’s back to MIT a week from tomorrow.

5 responses to “The Rapids”