DID YOU KNOW? Liechtenstein is less than 5 percent the size or Rhode Island. However, it is only the 4th-smallest European country.

Wikipedia also describes Liechtenstein thusly: “Mountainous, it is a winter sports resort, though it is perhaps best-known as a tax haven.” Poor Liechtenstein. It actually looks beautiful, and I might have to check out Vaduz or something this summer (since I have an internship with Bayer in Germany). 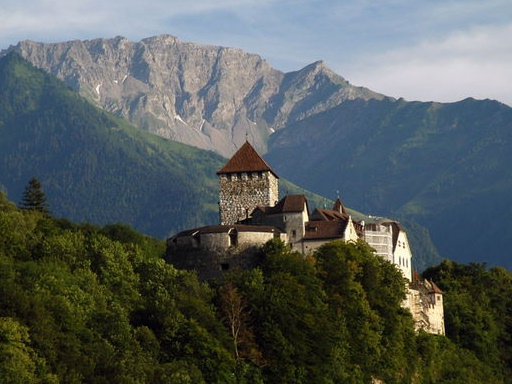 But this entry is about the Boston Celtics.

I’m Tau Beta Pi social chair, which means I get to plan things that I always wanted to do and then go to them for free and pretend that I’m promoting socialization among TBP members. Now, I have not always wanted to go to a Boston Celtics game, but it just seems like something you should do while you’re going to college in Boston, like heading to Wellesley or running the Boston Marathon or checking out the MFA. In fact, the only reason I even planned this was because Shyam ’07 kept asking the other social chair and me, offering advice on how to get tickets, which games would be best, and other such things. Then he found out that he had the MCATs next week and decided to spend the entire four-day weekend studying organic chemistry and whatnot.

MORAL OF THE ENTRY: You can be pre-med at MIT, but you’ll have to give up going to discount Boston Celtics games.

I’m not the greatest event planner in the world, or even in the suite in which I live, but we got to the game and got our tickets distributed without a hitch. One thing that you should know, however, is that you cannot bring bags to Boston Garden. Don’t do it!

Dudes, the pre-game introduction looks totally like something out of The Running Man, except without Richard Dawson crazy plate metal spike armor driving an electric death toboggan. I guess I just haven’t been to a basketball game in, well, ever. The lights are mostly low, with a few are flashing in a miasma of neon, and then they have a ring of flat-screen monitors all around the stadium that display crazy wave patterns as the players are introduced. It was enthralling, but then for the rest of the game the ring of monitors is just used to display advertisements for discount lumber companies in 360 degree surround-sight. So much for the way of the future.

As for the game, it was okay. Basketball is not so much my thing, but I appreciated being there and cheering for the Celtics and watching them make the occasional 3-pointer and exceed the fouling limit or whatever. The Celtics did end up losing by about 5 points, though–it seemed like their adversaries, the New Jersey Nets, were much better at making foul shots, and that the Celtics kept fouling them over and over.

My own basketball experience extends all the way back second grade, when I was a proud member of the Susquehanna Township Youth Basketball Association. My team, the Red Rockets, came in fourth out of eight, losing to the dastardly White Team in the semifinals. I think I scored, at most, 2 points or something the entire season (in foul shots, no doubt), but since the average game score was about 18 – 12, I don’t feel like I achieved too far below the league average.

Anyway, one thing that happened during the game that was pretty cool was that during a time out, they brought out Lucky and The Slammers, two trampolines, and a giant ramp. The Slammers all lept off the trampolines and did wild, acrobatic, flipping dunks. Then they ran back, assembled a giant slingshot stretching the entire length of the court, and used it to launch Lucky, apparently some sort of roller-blading leprechaun, down the court, off the ramp, into mid air, through a 360 rotation, and… well, as they say, “nothing but net.” It was truly a wondrous spectacle, and it’s a wonder that they can organize all this defiance of death in a scant two minutes.

And I wonder, don’t the players ever get distracted by this when they’re supposed to be listening to valuable strategy handed out by their coaches? 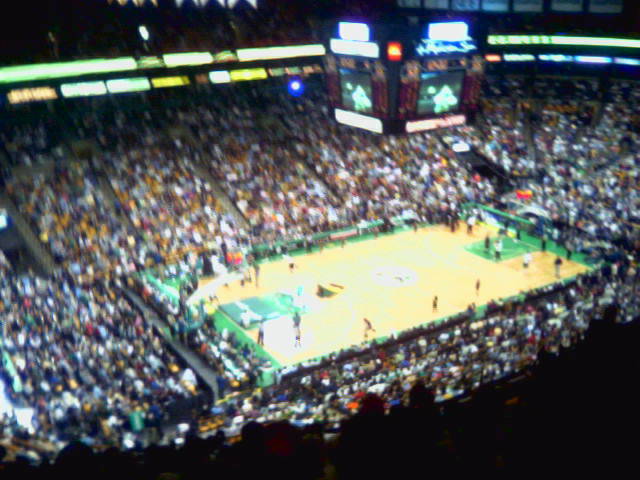 Another thing that happened was that they had a tic-tac-toe game during halftime for some airline. This is depicted above. Take my word for it. The concept was that you had to shoot free throws, and for each free-throw you made, you got to run back to half court and made. It was really exciting, but might have been even more so had the players employed any amount of strategy. I’m no game theorist, but it takes only an extra three seconds to figure out where you want to place your piece, and it seems like proper placement could hinder the opponent and make it so that they need to make two or three more free throws than they otherwise would. This is what the winning board looked like: 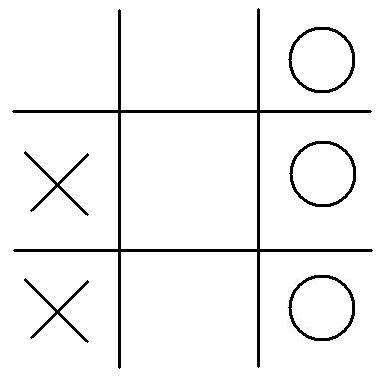 Well, I guess it’s pretty stressful to be playing tic-tac-toe for free airline tickets in front of thousands of people.

2 responses to “They may take our lives…”