This is what happens when we don’t do work by Rachel F. '12

Here is the infinite rollercoaster of fun I promised not to take you on.

I’m long overdue for a blog update. To dispel your mental image of me as a faceless recluse, I haven’t been posting because of a drought of excitement. Actually, there’s been too much excitement for me to find the time to blog. Here’s a quick summary of my last two-and-a-bit weeks to prove it.

I spent most of CPW punting psets in order to gorge myself on free food, wander around campus terrifying prefrosh, and brew gallons of bubble tea for my caffeine event (note: never hold a confusingly named event on the fifth floor). 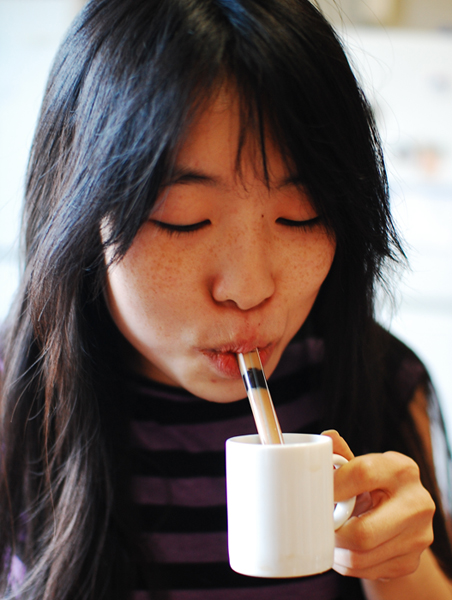 I only wish I’d had more time to spend at my first Meet The Bloggers, which was a pretty fun, low-key event. Apologies to Rohan’15 for this gem of a conversation I’m about to share:

Rohan: You’re pretty chill! I was expecting you to be…more…well…
me: NERDY AND AWKWARD??? Is that it?
Rohan: …I didn’t want to say it, but yes.

Although I am arguably nerdy and awkward, MIT students are generally not the variety of nerd that seems to stick in society’s collective subconscious.

CPW, while certainly not farfetched, is a heavily time-compressed exaggeration of MIT. We don’t stay up until 4am speaking in rapid-fire Math-ese or building wall-climbing robots every night, only some nights.

If you think that’s weird, every once in a while, my (course 12) GRT will burst excitedly into the kitchen to talk about rock striations.

About a year ago, in a flash of inspiration, my neighbor Ale bought a secondhand trumpet. For months, my ears were barraged with brassy wails reminiscent of a dying porpoise. Now, he’s good enough that he’s more comfortable using the trumpet than the piano to help him compose for jazz class.

Now, ever since I was a wee Asian nailed to a piano bench, I’d wished I could play the violin. This sentiment persisted through college, although I always thought, eh, I’ll never have time or eh, I’ll do it later. Then Stephan started learning the viola under Julia’s tutelage, and also got a piano, and Harry and Sam came into possession of ukuleles, and Ale found a tenor saxophone on Ebay, so Angela decided to get an accordion, and everyone else felt comfortable enough to dust off their high school instruments again, and I felt comfortable enough to have the following revelation:

I pictured myself, 30 years old and alone in a dingy apartment, clad in a bathrobe, surrounded by takeout dinners and bills, with coding as my only hobby other than breathing, mumbling, “Eh, I’ll do it later.”

So I dumped the remainder of my IAP paycheck into a violin and an alto sax. At first, I was terrible, but now I am merely bad. On the other hand, life is good.

Except for the part where I need to start three final projects. Woe.

In addition to being the time when the semester really grinds down on us, this is also the time when student groups begin to unveil the performances they’ve been working on all semester.

Last Saturday, I hit up Grains Of Rice, an annual AAA (Asian American Association) event where tons of Asians from MIT, BU, Harvard, etc, and a professional guest group get together and perform. Grains Of Rice showcases many traditional varieties of entertainment, like taiko drumming, lion dancing, Chinese yoyoing, and cultural dances, but fellow course 6-ers Andrew’12 and Jeff’12 broke the mold and opened with a rap about Asian-American stereotypes. I don’t have a recording of it, but I just so happen to have filmed a music video for them which you can view and share with all your friends (hint, hint) below!

This year’s guest was Kaba Modern, whom you may know from America’s Best Dance Crew, but I missed out because I had to run off to Resonance‘s epic 10th anniversary concert. 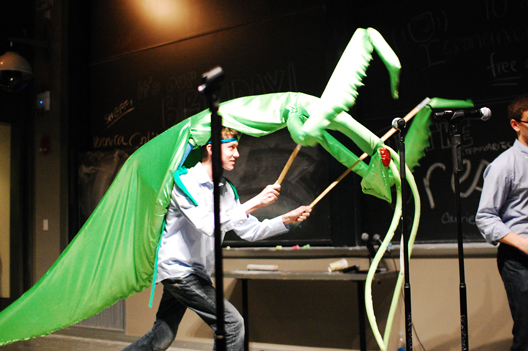 Okay, there was some quality a cappella, too. 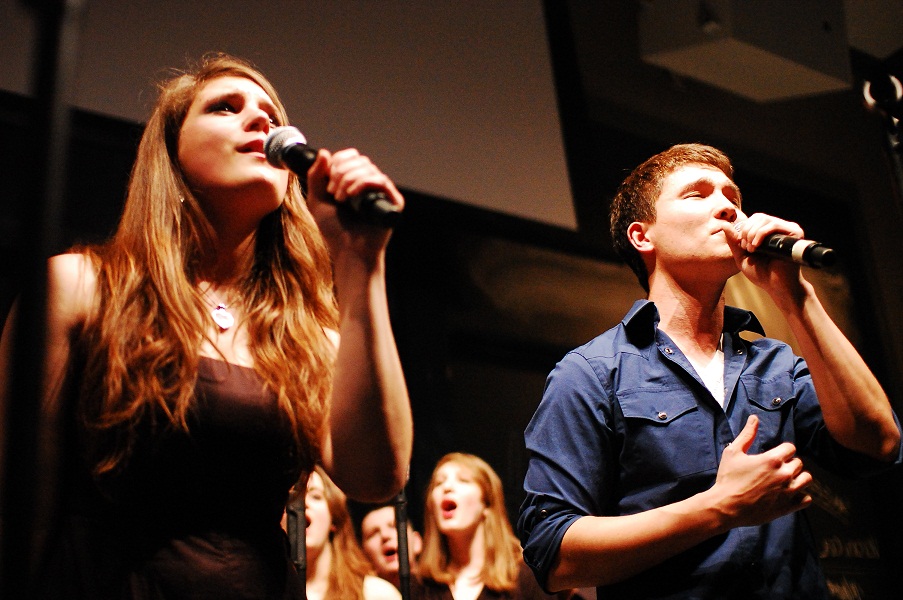 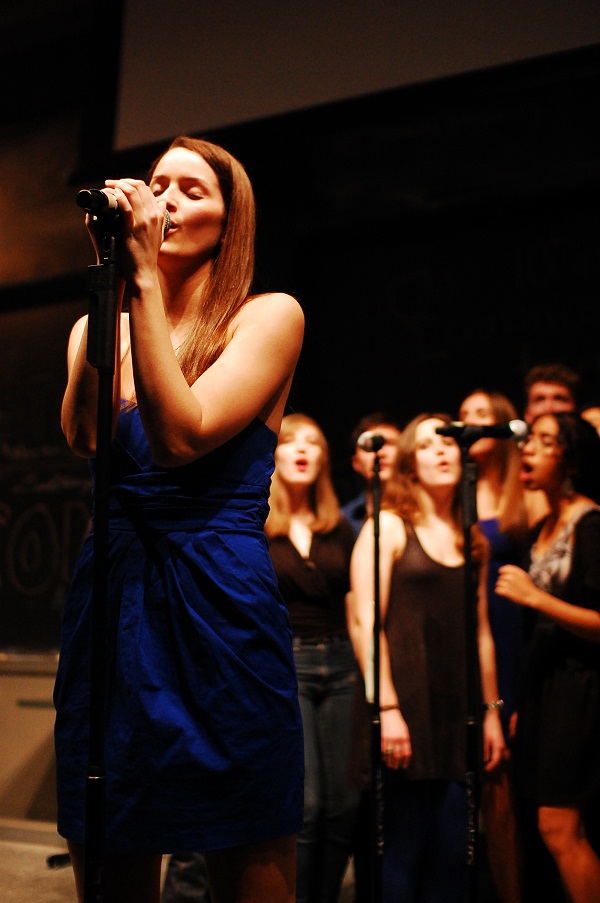 Fortunately for a cappella lovers, there are a few more concerts left in the year. This semester, the Chorallaries decided to observe MIT’s 150th anniversary on their spring concert posters by costuming themselves in styles from different decades, and I got to shoot for them! It turns out they’re as skillful at modeling as they are at keeping four-part harmonies. So if you happened to see a group of barefoot, tie-dyed tree huggers sprawling in front of 77 Mass Ave, or a few dashing gentlemen holding stiff Napoleonesque poses for a daguerreotype, that was just us. MIT hasn’t invented time machines yet. 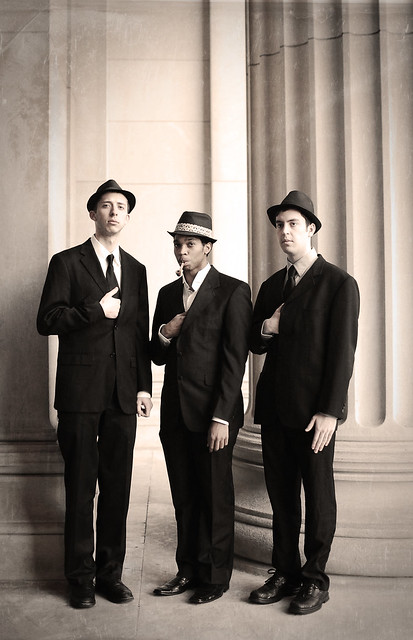 Because I hate to end a post without a vague sense of coherency, let me leave you with a general observation: MIT is home to some insanely fun and well-rounded people. 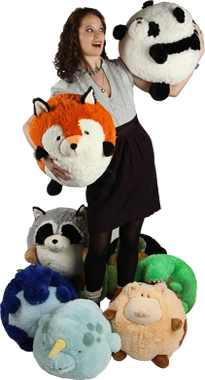 And mixing all those people together on the same campus is the perfect recipe for a pretty lively college experience. Where else are you going to make music videos with your complexity theory pset partners while gawking tourists are herded by?