And I lose track of it

‘Tis the season for costumes, merriment, and, apparently, smashing things. You have to relieve stress from midterms somehow, right? 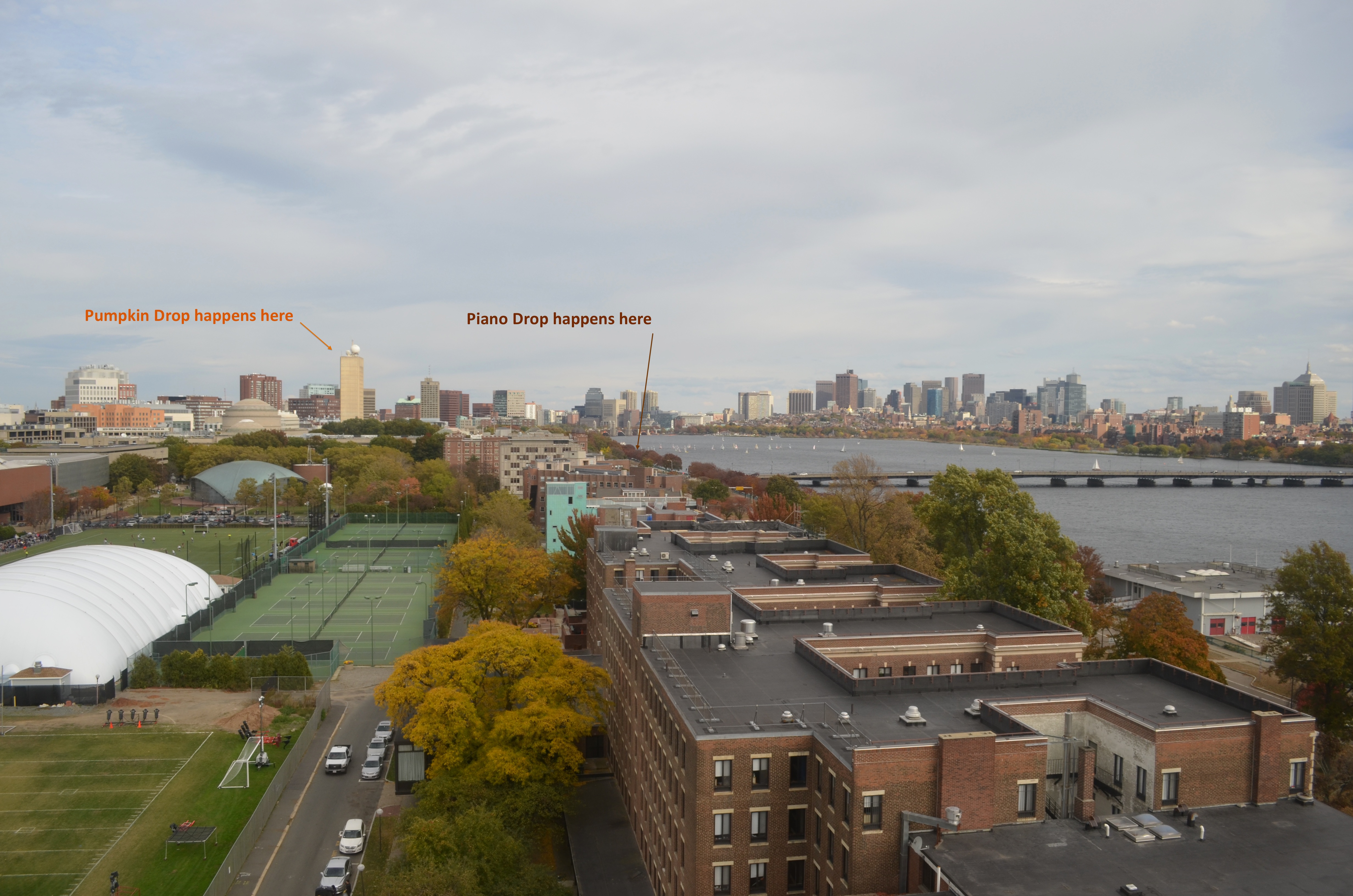 (I’m a little bit sad that no random leaves ended up in this picture. It’s really cool to see the wind whisk them off the ground and up 12 floors where they flutter around like little scraggly butterflies.)

Two weekends ago was Columbus Day (though The Oatmeal argues that we should call it Bartolomé Day instead, because he was a much nicer guy), and we were given a four-day weekend to catch up on work/sleep/fun/etc. Personally, I seized the opportunity to travel to New York, wander around the city, meet up with friends from high school who also ended up on the East Coast for university, see Big Fish and Matilda, and go to New York Comic Con.

One of the greatest parts about college is the independence you acquire once you move away from home. And one huge part of this independence is being able to say, “Hey, MIT, you’re alright. But sometimes I really just have to step away from campus,” and leaving. Because you can. It’s refreshing to see old friends and catch up, to dress in cosplay and geek out with other fans, to go to a city where there are non-academic-seeking tourists and artists and people simply living their lives, and to remember there’s a world outside of psets and tests and the MIT bubble.

Initially, my plan was to take video clips and create a Vlogbrothers-esque “Thoughts from Places” video about New York, but that kind of failed. I didn’t bring a nice camera, so all the videos were taken on a phone camera… and are cropped in a thin rectangle… Nice going, Ceri. You really thought that one through. Instead of recording and overlaying commentary, I just quickly edited clips together, added some music, altered some of the sound levels and color balances, and uploaded the grainy derp-project for anyone who still would like to see. Failed blog post idea #398. Maybe someday I’ll make a legitimate video like this on MIT campus… one that’s shorter and better edited and more purposeful.

That pretty much covers the exciting things that have happened. For Halloween/fun, a bunch of friends and I are dressing up as characters from the new Doctor Who series (9 through 11), so I’ll probably end up rambling about how cool they all are.
Until next time! Which will hopefully be sooner than 3 weeks. My bad.
P.S. I realize that this is one of the most random posts ever. And to make it more random, have a comic that I drew while half asleep. Much lower quality/inspirational-ness/wit than the last one; you’re welcome, internet.