Very nearly one year ago, I wore the hat you're all wearing this week.

The little that is completed
vanishes from the sight of one who looks forward to what is still to do.
— Goethe

So I spent the Thanksgiving holiday weekend in New York with some friends. I acquired a real curio of a hat in a Canadian train station, and thinking it’d serve well in keeping my ears warm, I brought it along. It proved popular, promoting similar hat acquisitions for others in my party. 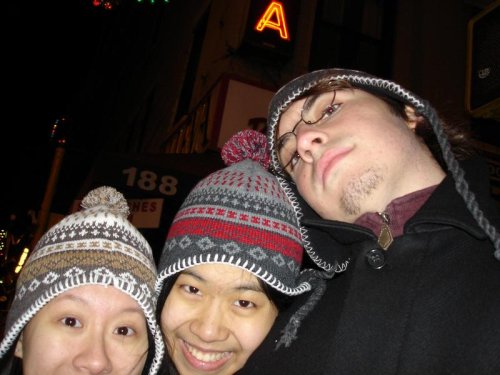 Very nearly one year ago, I wore the hat you’re all wearing this week.

I triple-proofread my application, I looked over it some more, I made sure I stapled the darned pages properly and I threw a couple of forms out because my handwriting was sloppy. Then I mailed everything and sat back for a month, biting my nails and sweating up a storm and refreshing Ben’s and Matt’s blogs a few times a day. They posted photos of the envelopes in mail bins and I was monitoring Ben’s beard from afar. The adrenaline was running high.

I realize that the only thing in the world you want right now is an acceptance to MIT. You’d probably take it as your sole holiday gift and I am sure you might swear that it’s good enough to take the place of all your future gifts. :-) I was there and I know all too well what you’re going through right now.

I spent a while fussing over getting into college, and as a result I’d put a lot of my interests, the things that really defined who I was, on hold. It was very convenient — I could engage in the singular activity of thinking about admissions and somehow I was fulfilled. With acceptance in hand, it was time to resurrect my life once again and continue along its way. But then I started chatting with future classmates in an online discussion. My free time vanished. We all got to know each other really well and then we all met during Campus Preview Weekend in April. We talked daily from December, all through the spring and summer, and many of us had chatted either on the phone or using online voice conference tools. For most of us, it was the first time we had a substantial peer group we could really relate to.

…. then we all got here in the fall and haven’t seen each other since orientation week. :-P

(Well, okay, that’s not true. I regularly see about six or seven and count a couple as best friends… but that’s a far cry from the full group.) Sometimes I’ll pass a former chatter in one of MIT’s many corridors and muster a wave or a “hey”.

Everyone’s found their group, their niche. They’re all settled into their own living groups around campus and they’re doing their own thing. The only reason I see the ones I do so often is because they live in my building, and in some cases, on my floor.

As freshmen, we aren’t supposed to know what we want to do with our lives. We’re supposed to experience new things, experiment with various life choices and options, try something new, release ourselves from the bondage of prior expectations and previous acts we’ve played. I suppose that includes groups of friends. You’ll be leaving your high school friends and making new college ones. Maybe you’ll make pre-college fellow admit friends who you’ll all use as a support structure until you get here and come into your own. And maybe you won’t. As a freshman, you’ll leave behind memories of your valedictory, of your championships, of all that stuff that you fell back on at home when you needed a crutch. And it might take a few months, but you’ll find your groups of friends and your support structures and you’ll be well on your way to making new memories. :-) 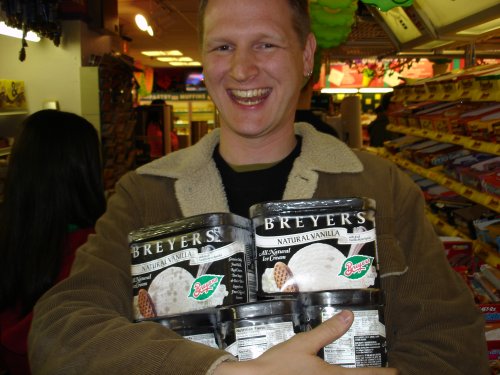 14 responses to “We Wear Matching Hats”