As promised, I come bearing more pictures, Some of these are courtesy of Hanna, Dorota, and Jake, all fellow frosh.

Here are some from the fourth floor: 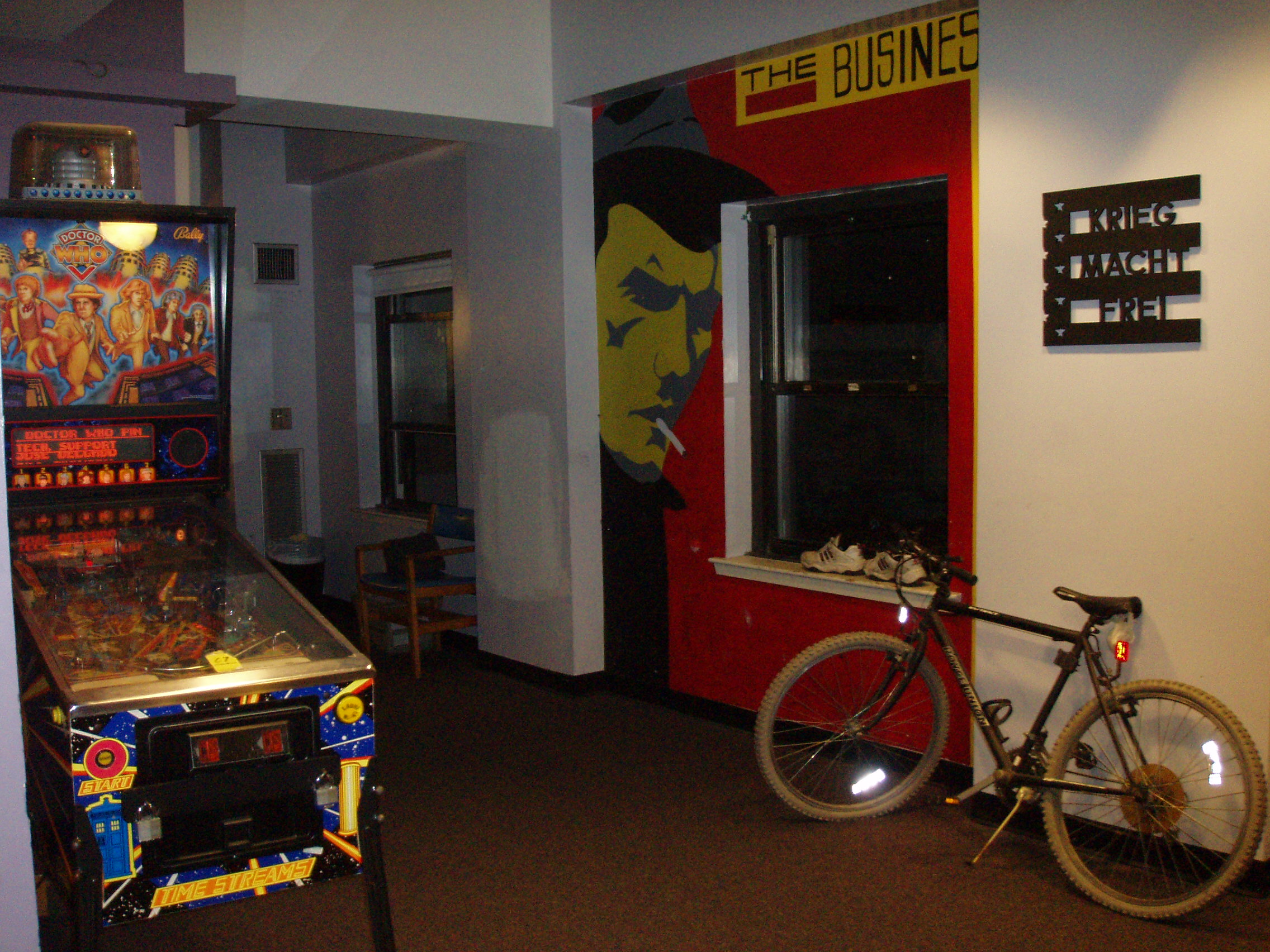 This is the door to GRT Vikash’s room – 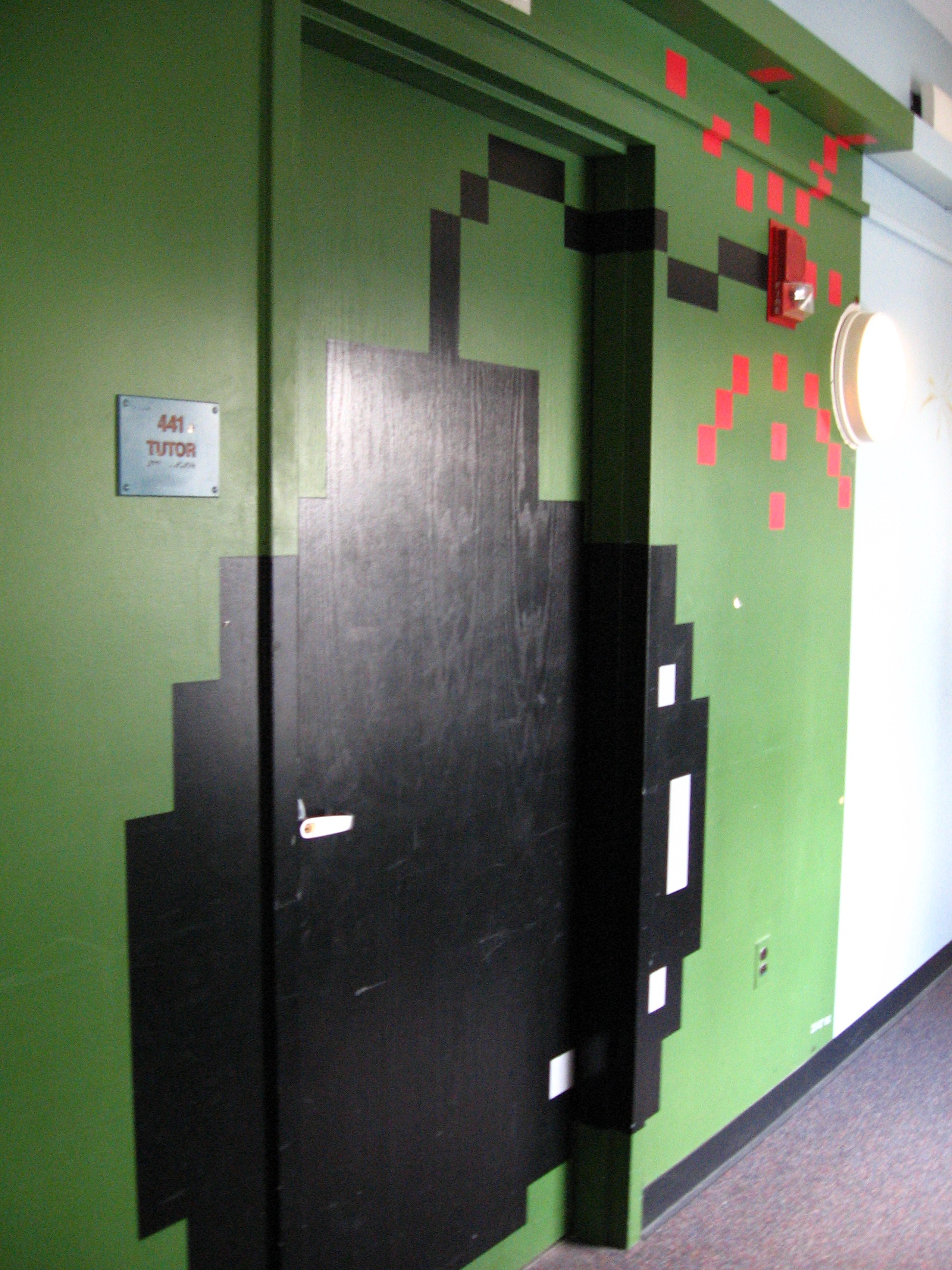 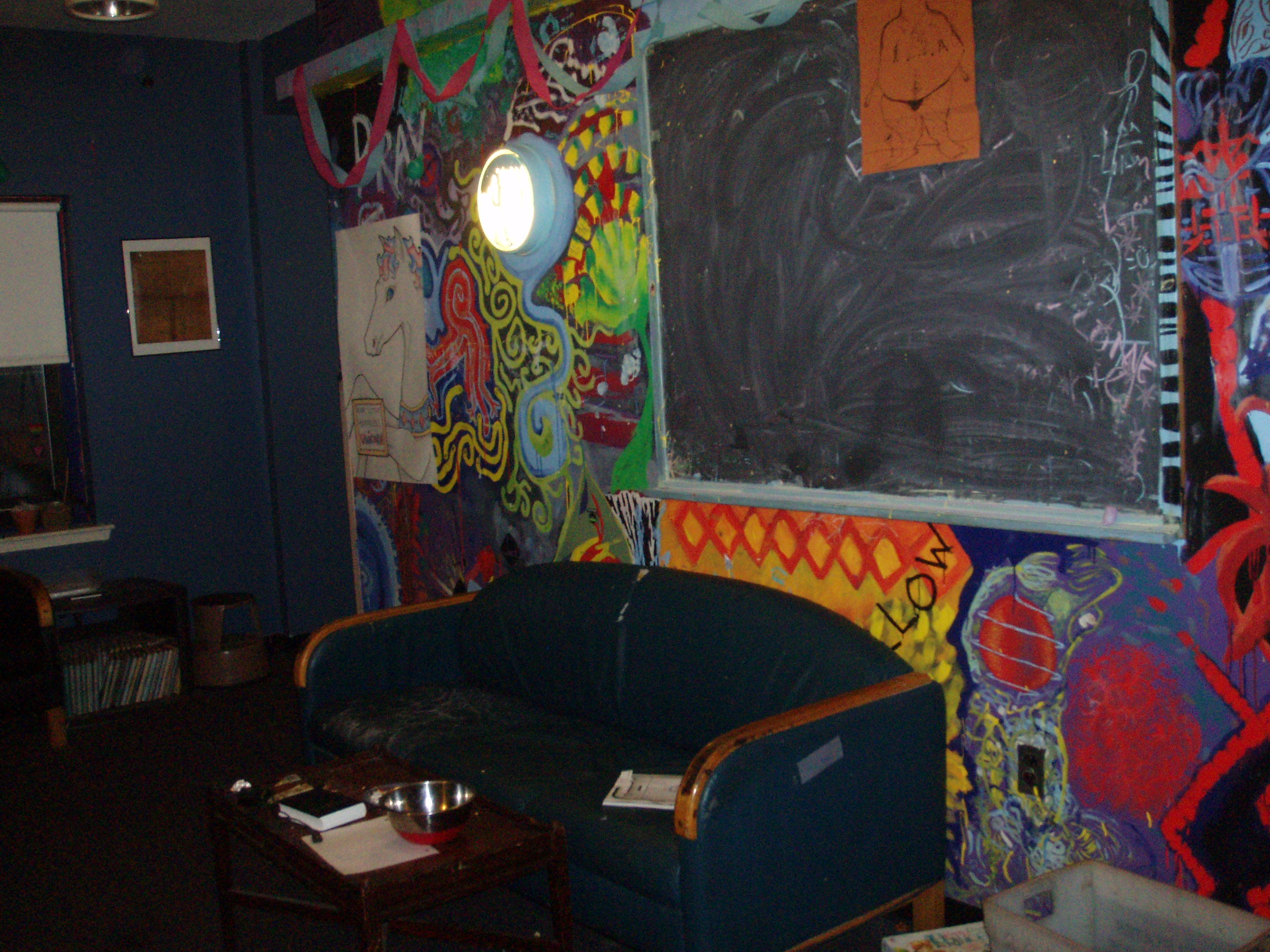 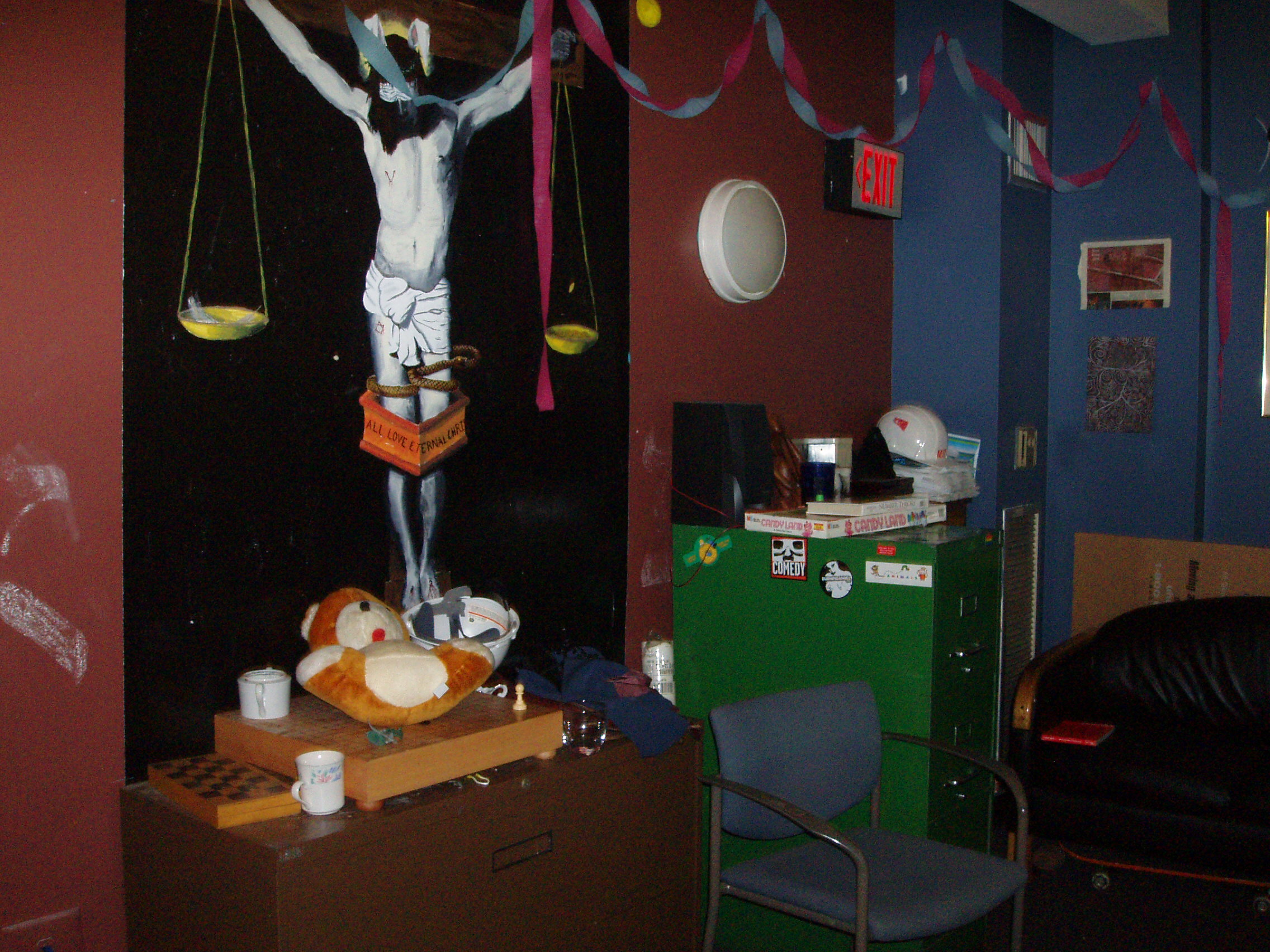 Some of the Haus frosh hanging out in one of our suites: 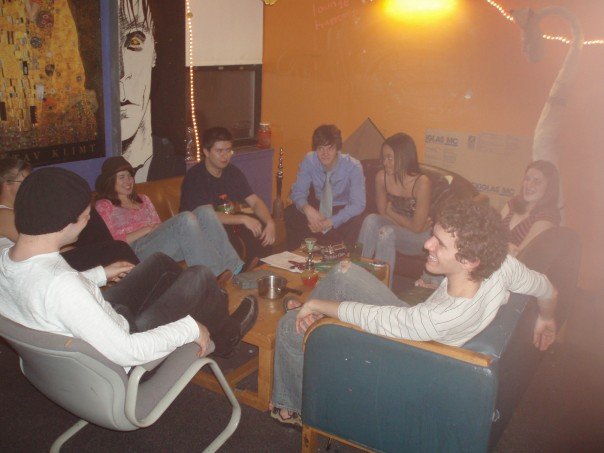 In the stairwell opening into the third floor, there’s a mural of our banner with our motto. Sport Death! 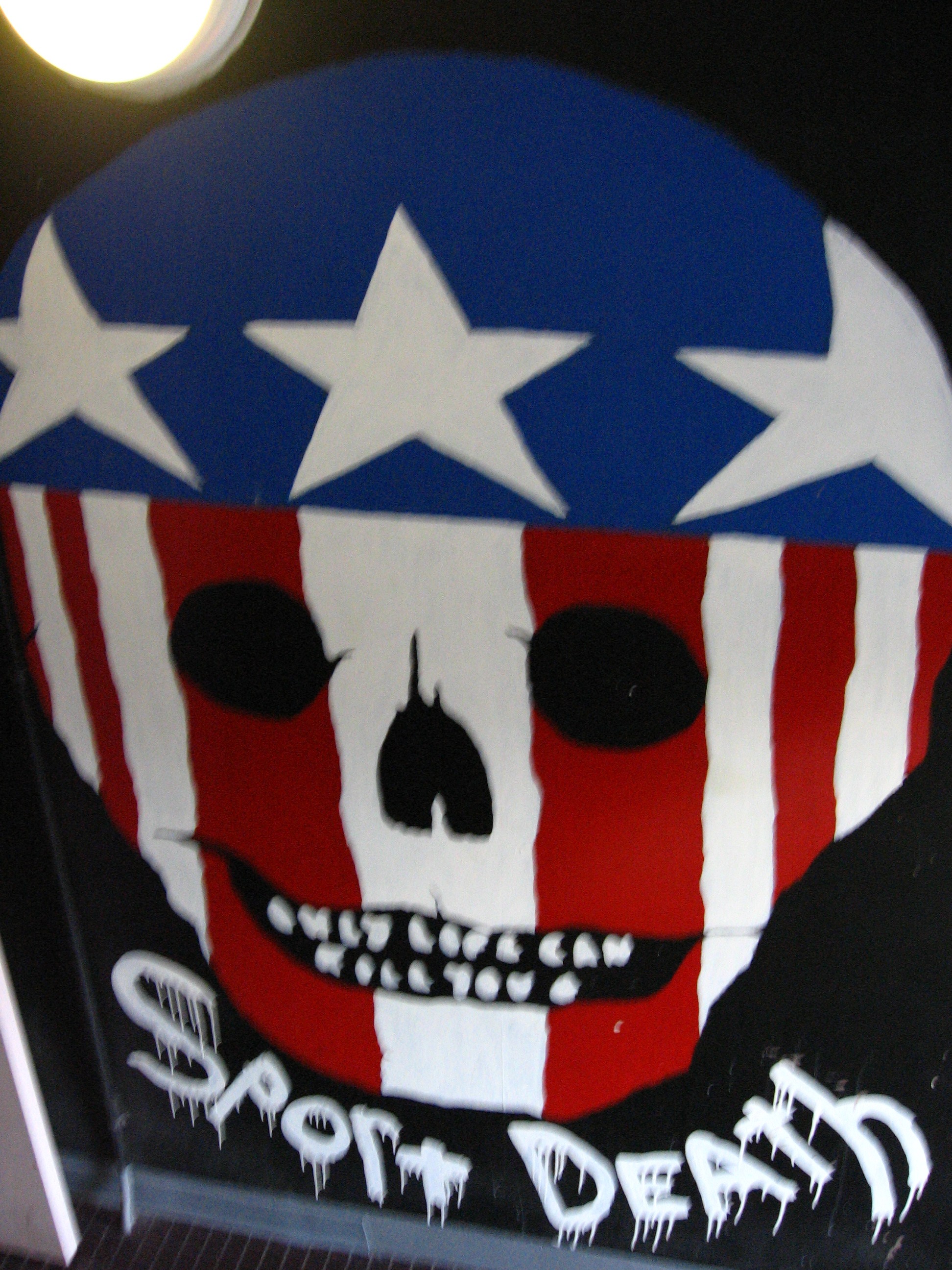 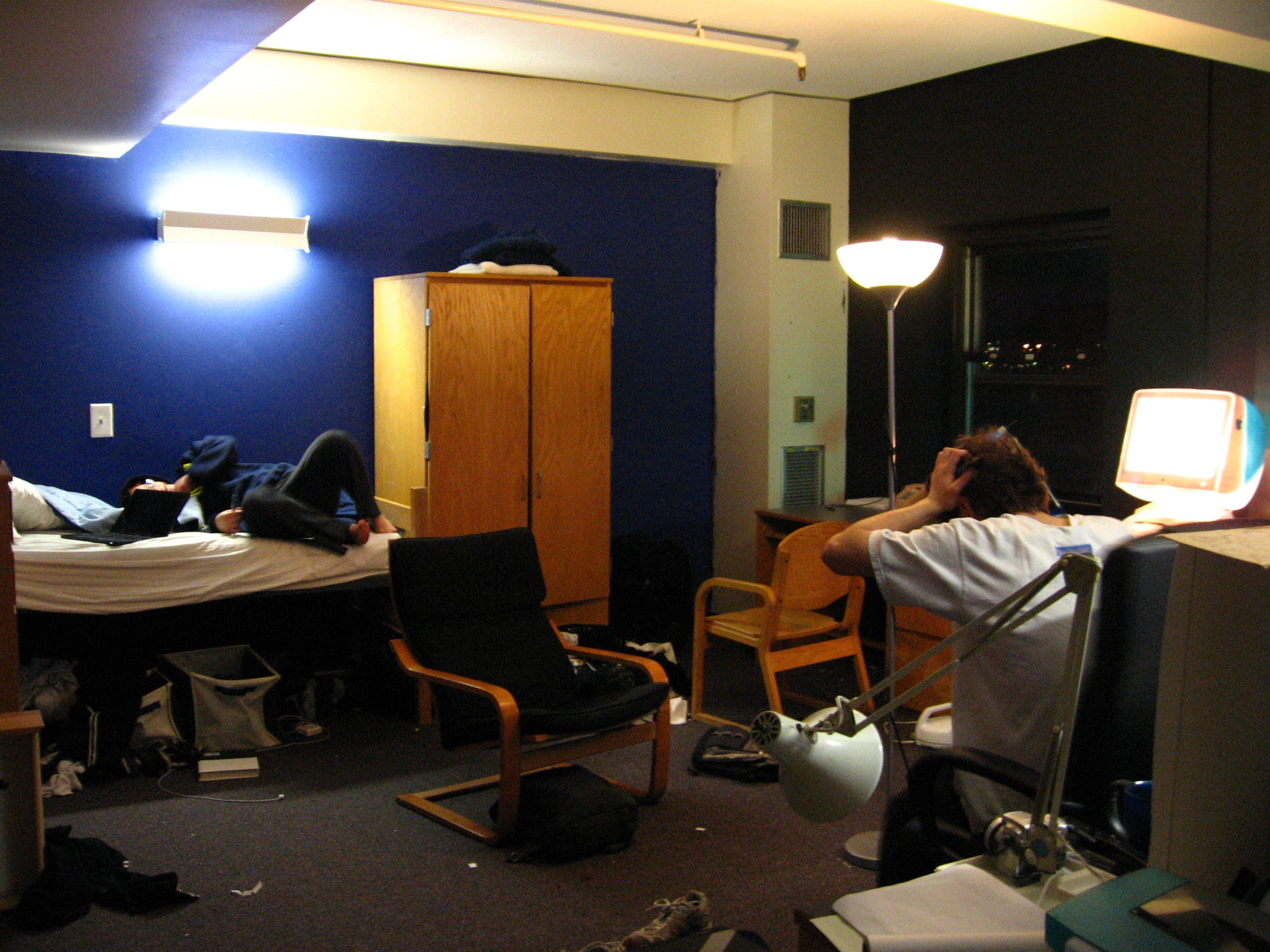 Many of us spend a lot of time taking up their floor space, whether we’re doing work, simply hanging out, or working on sewing projects like the flower Amy ’10 is making below: 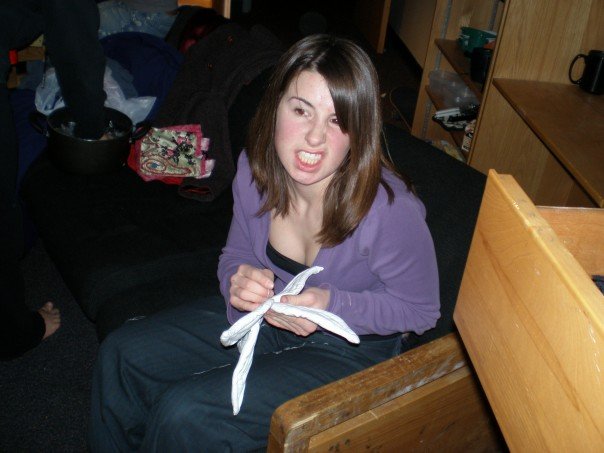 Trust me, she’s happer than she looks.

That’s it. I’m all pictured out. (Is that even the right use of that word? Anyone? Anyone? Bueller?) For my next trick, I’ll be talking about the MedLinks Dating Auction this Friday night, at which I and nineteen other students will be auctioned off on dates. We’ll take the top bidders out to see movies or to Toscanini’s (which had the well-deserved title of “best ice cream in the world” bestowed upon it by the New York Times), Legal Sea Foods, and more. There’s also a silent auction for some faculty members, including but not limited to my 5.12 (Organic Chemistry) professor Kimberly Berkowski, 9.00 (Intro to Psychology) professor Jeremy Wolfe, and our Institute President Susan Hockfield. I’ll write more about the auction after it happens, but it’s guaranteed to be a good night.

Until then, I’ll just sit around being just the slightest bit terrified of the whole auctioning myself off thing. It’s like cattle. Only, well, not. After all, I’m pretty sure that no one wants to turn me into steak.