Wonder what an Amtrak station in the middle o’nowhere looks like? by Keri G. '10

Pulling an Anthony on you: pictures of train stations, followed by my IAP so far.

This was the title of an email I sent to Neha ’10 a couple of weeks ago containing, well, pictures of an Amtrak station in the middle o’ nowhere. “Middle o’ nowhere” being Lake City, Florida, where my dad recently moved and where I spent the first week of the new year. As we drove over a set of railroad tracks on the way to his house, he said, “And this on your left is the Lake City Amtrak Station.”
“Where?” I asked.
“You missed it? I’m sorry, I guess you blinked, then.”

See, I thought he was joking – this is my father we’re talking about. (Hi, Dad.) I drove back to the tracks a couple of days later; sure enough, there was this: 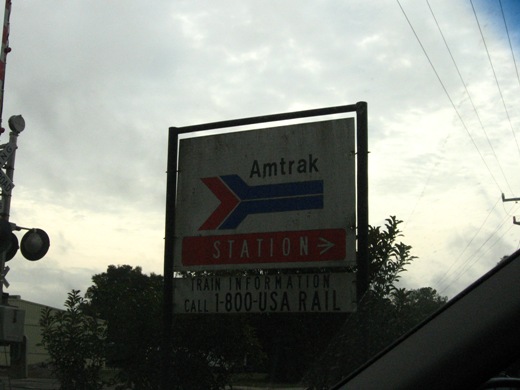 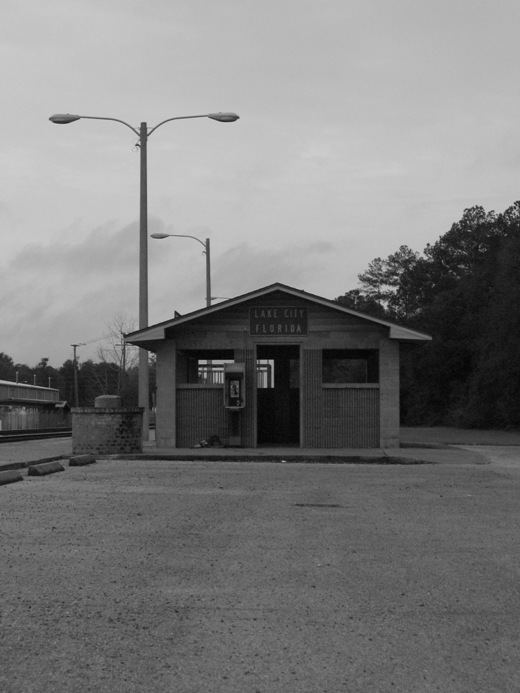 And you’ve discovered my secret: in addition to spending time at home with my family and playing with my dog, I have been taking pictures of rural train stations for the past three weeks. It’s long, hard work, hence my not putting up a new blog post since I left MIT. </sarcasm> My nonblogging is apparently reason for you to yell at me. Please don’t. Every post I tried to start sounded really, really boring (“So… I’m at home, it’s warm here, you still have to drive to get anywhere in Florida, Jamba Juice is amazing, my dog’s sitting on my left foot…”) and not in any way related to MIT, except for the fact that my extended visit would not have been possible were it not for the wonder that is IAP.

See, my IAP isn’t being spent taking a minicourse, going to a country in Africa, or becoming an EMT, even though doing any of those would also have been great. For the most part, I’m about to find out just what there is to do in this city. Since the next couple of weeks won’t include the pressure of classes and other work looming over me (save for designing the program for MTG’s Reefer Madness, which opens next week), the period between now and the start of spring term seems like the perfect time to do this. I’ll definitely keep you all posted on what goes on from here on out.

But first, a little about home.

As was expected of college students back home on break, my friends and I spent too much time hanging out and catching up on each other’s lives. Even with at least four months of separation, though, it felt like we’d never left each other – we were merely picking up where we’d left off, with the same inside jokes and the same comfort and understanding we’d all had before. It’s a wonderful thing; whether we were at MIT, University of Michigan, Duke, the Naval Academy, or UF, we still had what we’d had before and could relate to each other just as easily, if not more so.

On an only slightly related note, I was lucky (?) enough to spend the weekend of the BCS championship game in Gainesville with my friends at UF. There are no words that can possibly describe the insanity I encountered, but the entire experience can be condensed into a long, resounding “WOOOOOOO!!!!!!!!!!!!shiftone1!”. 41-14. Enough said.

The bulk of my time, though, was spent with my family. I flew into Tampa to spend Christmas at my aunt and uncle’s house, since Christmas with my family just isn’t Christmas without too many people and four dogs all running around the place and crashing into each other. There was the aforementioned week in Lake City with my dad, the time at home in Miramar with my mom and stepdad, visiting more family every two and a half seconds…

Oh, IAP. Thank you for existing.

Anyway, I just flew back into Boston a few hours ago. When I left Fort Lauderdale this morning, it was eighty-four degrees out. (Twenty-nine celsius, if you’re so inclined.) When I landed in Boston, it was anything but. Subtract sixty or so, and you’ll be in the ballpark of the right temperature. Surprisingly, this isn’t as painful as I expected it to be. And if I repeat this sentence, it will eventually become the truth.

And now I’m back at Senior Haus. It feels great – already I’ve been part of a forty-minute impromptu dance party with Amy ’10 and Hanna ’10. I’ve also walked to 7-11 in the biting cold like only a crazy person should. With things like these to do with my time, why do I still miss Florida? ^_^

5 responses to “Wonder what an Amtrak station in the middle o’nowhere looks like?”