See MIT through the eyes of my prefrosh.

Yesterday one lucky prefrosh got to be hosted by me through the MIT overnight program. Be sure to sign up early and sign up often, to increase your chances of getting to meet me and Mitra! You could see such amazing sights as my bunny hat, my $3 airplane jacket, and Mitra’s 14.41 midterm.

Anyway, Adam ’10 (I hope no creepy stalkers to go after him without his consent) arrived at 9:00 and made pleasant conversation with me about MIT until 2 AM, whereupon I started my problem set and studying for my German I midterm. Turns out Adam is from Beaver, PA and–yes, before you ask–his high school math teacher dated Amber Brkich. That was kind of exciting.

The next day Adam took my German I exam–I mean, he took it along with me, not that he took my exam and then handed it in. Of course, that would have actually worked out really well for me because Adam is in his sixth year of German, whereas I’m in my sixth week of German. He had a very pleasant and fluent conversation with Frau Bittner of which I understood about six words, and then corrected my answer to the last question (how the heck was I supposed to know what Ihrer meant? it’s in some crazy case or mood or something)

Later, we headed to my second 3.091 lecture. One semester of chemistry is a general institute requirement at MIT, and 3.091 was once, very accurately, described to me as “chemistry for people who have had enough chemistry.” Students looking for a more rigorous introduction to chemistry for, say, a chemical engineering major, usually take 5.112, where you derive the Schrodinger equation, qualitatively draw molecular orbitals, and learn more about the degrees of freedom than you could ever want to. In the Friday’s 3.091 lecture, Professor Sadoway delivered a really fascinating history lesson on the life of Henry Moseley, juxtaposing an explanation of atomic number and its implications at the atomic level with a narrative of Moseley’s life, explaining how he coined the term “atomic number” while still a graduate student at Manchester, performed hundreds of x-ray diffraction experiments perfectly for Rutherford, and finally died at Gallipoli in World War I. Professor Sadoway concluded the story with this great wisdom–“Niels Bohr loved Moseley. Moseley was very likable.” The lecture concluded with a discussion of X-ray spectroscopy, including its application to Jean-Francois Millet’s “Angelus”: 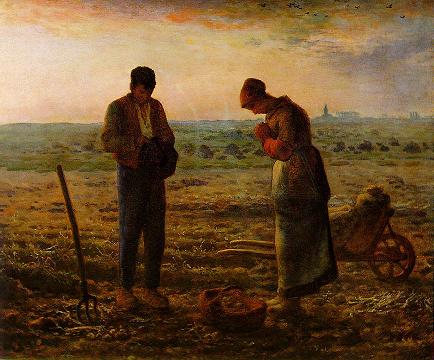 According to Professor Sadoway, famous crazy man Salvador Dali found this painting to be quite curious, so he asked for it to be examined by x-ray spectroscopy. Analysis revealed that the sack of potatoes lying on the ground might have actually been a small, child-sized casket that Millet painted over before presenting the painting to the Boston insurance company that commissioned it.

Also, he coordinated the opera aria he played as students walked into the lecture hall with the month of Moseley’s landmark paper on periodicity.

Adam and I also headed over to the Coop to see if there were any shirts or other paraphrenalia that I could put my 15% student discount to good use on. We didn’t end up buying anything, but I did find these interesting: 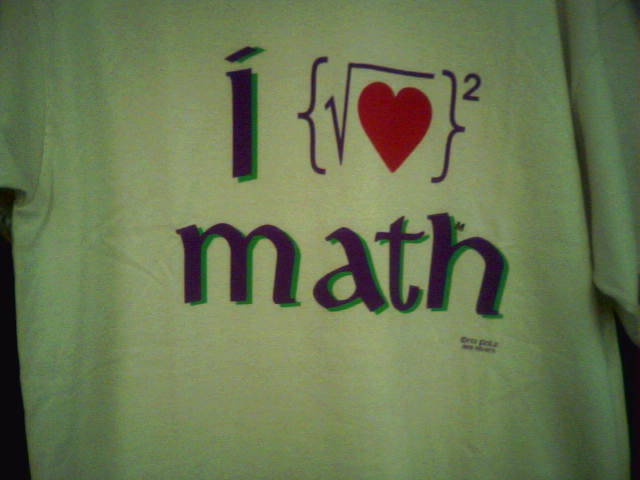 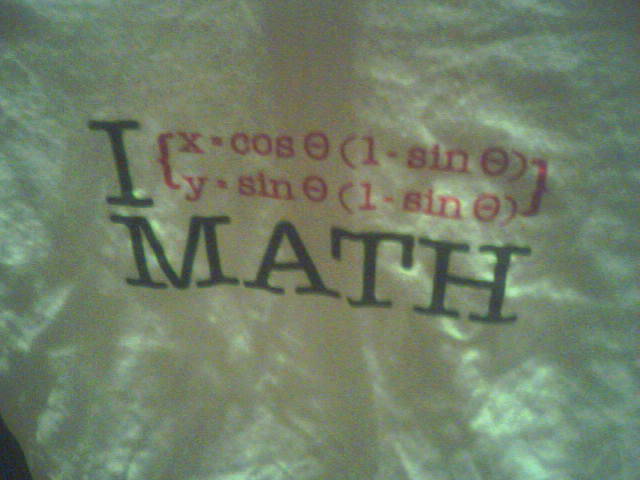 Heh. This one is sold at the end of every fall and spring by Course 18: Mathematics. Other cool course shirts include 14 (“economists do it with models.”) and 16 (“actually, I am a rocket scientist.”) But still, none of these can really claim the title of my favorite MIT shirt: 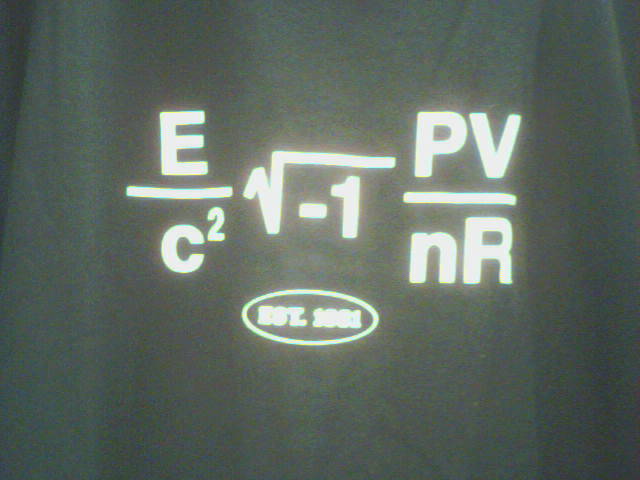