My Mets clinched the NL East, and I am crazy psyched. Whoo!

So what else has been going on in my life? You know, school and stuff. While I’m slowly making my way through descriptions of classes, I might as well talk about 2.001.

2.001, Mechanics of Materials, is pretty straightforward stuff. As its number may imply, it’s the first Mechanical Engineering class, and you pretty much just sum forces all day long. The sum of the forces always equals zero, or else you did it wrong and life is unhappy. Basically 2.001 teaches you the stuff you need to know to figure out that suspension bridges should be made out of concrete and not silly putty, which would obviously be a bad idea.

In other school news, for those of you who were wondering about my programming issues (why is d+=1 legal normally but not when it comes right after the else command?): Rick helped me figure it out via the “janitor effect” as he called it (explaining the problem to someone else suddenly makes the solution clear). Rick is in 6.001, which uses scheme, and since he was the only person nearby who had any programming experience that I knew of, I asked him. He was giving me all these suggestions that were unfortunately unhelpful, when I realized: duh! It’s not else d+=1, it’s else, colon, return, tab, d+=1. *smacks forehead* I’m new at this, ok? It happens.

Now that I’ve shared my stupidity with everyone on the planet with an Internet connection, let me redeem myself by saying that I have successfully written, among other things, a program that takes the standard deviation of a set of numbers. Which really isn’t cool by itself, but it becomes a lot cooler when set next to the “I forgot to indent the condition of my else command.” So there.

And now, for some photos of the magic that I worked in my room. First, some before pictures. 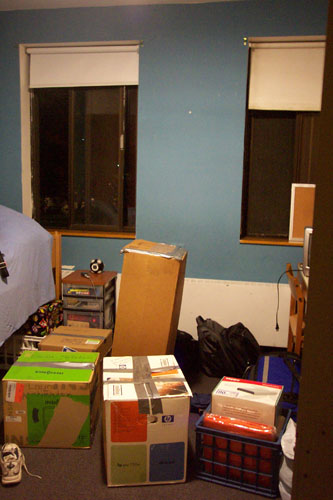 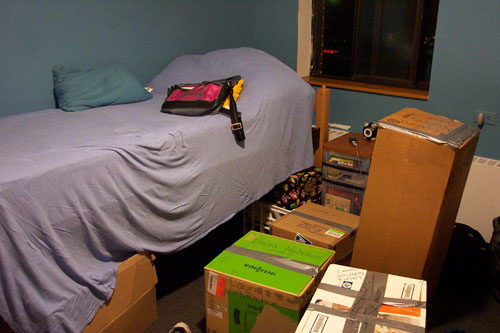 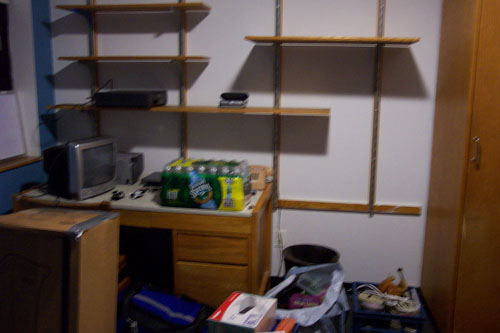 And then, some “middle” pictures (these photos represent the longest stage of the whole process by far): 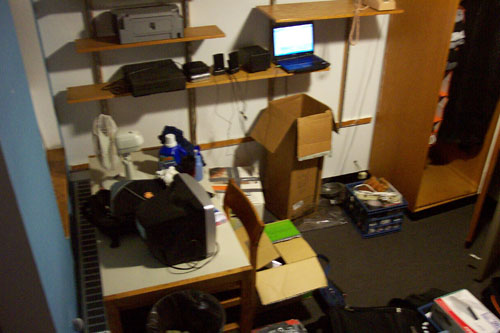 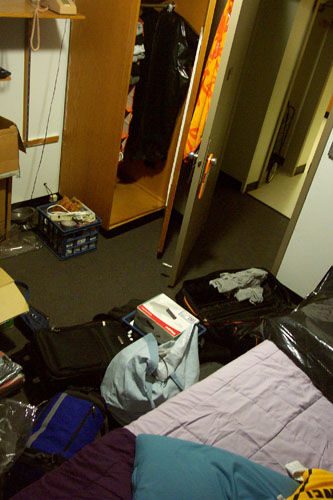 And then, after some painting and rearranging and unpacking… 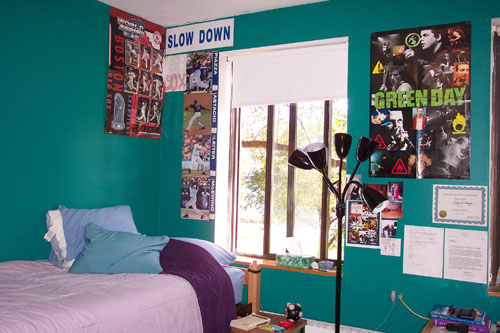 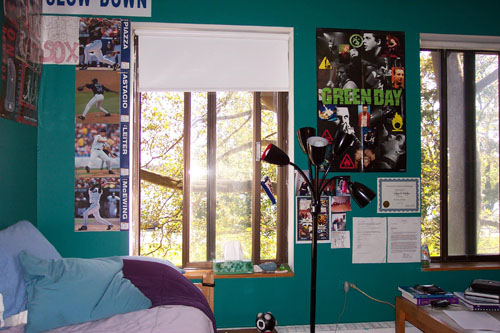 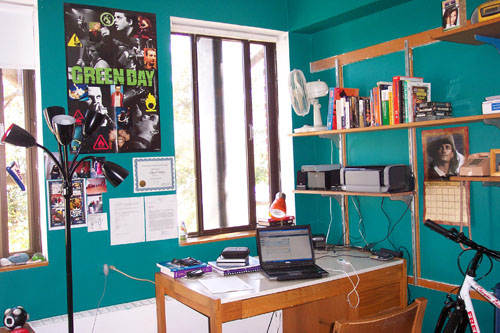 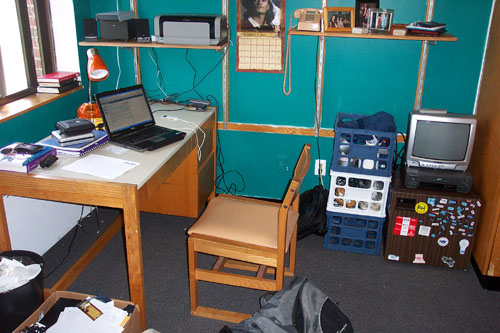 I love being able to paint my room. =) I was worried that the green was a little too dark, but then I got the floor lamp at Target for $15. That’s right, fifteen dollars! And now my room is awesome. The end.