The joy of jargon.

Somewhere along the way, the MIT campus picked up a distinctive, localized dialect like a wandering hitchhiker on the sideroads of esoteric American English. Multiple observers nowadays report that naturalized speakers of MITglish enunciate consonants at the end of words with exaggerated clarity and make a point of crisp, rapid pronunciation in everyday conversation. A perceptive friend of mine from Tufts University made the mistake of mentioning this to a dinner table-ful of MIT students, who crisply and rapidly refuted her claims with a dazzling barrage of nicely articulated consonants. Sadly, the MIT dialect becomes imperceptible once you’ve pulled all-nighters arguing with fellow consonant-pronouncers about Question #12 on your 18.03 problem set, which happens to use a lot of consonant strings like ‘dx’ and ‘dt’ in permutations whose English pronunciations are the least of your worries right now.

Another can of lingual worms spilled over when I stumbled over the following twitch-inducing passage from Faulkner’s Light in August:

Memory believes before knowing remembers. Believes longer than recollects, longer than knowing even wonders. Knows remembers believes a corridor in a big long garbled cold echoing building of dark red brick sootbleakened by more chimneys than its own, set in a grassless cinderstrewnpacked compound surrounded by smoking factory purlieus and enclosed by a ten foot steel-and-wire fence like a penitentiary or a zoo, where in random erratic surges, with sparrowlike childtrebling, orphans in identical and uniform blue denim in and out of remembering but in knowing constant as the bleak walls, the bleak windows where in rain soot from the yearly adjacenting chimneys streaked like black tears.

Perhaps there was a time when my brain’s toolbox included a robust Faulkner parser, but as of right now, I feel like I need to run MATLAB before I can understand this paragraph. After confessing this to myself, it was hard to deny that MIT does in fact wipe the hard drives of your high school English Lit. education in order to install diskloads of nerdly lingo software on your language processors. 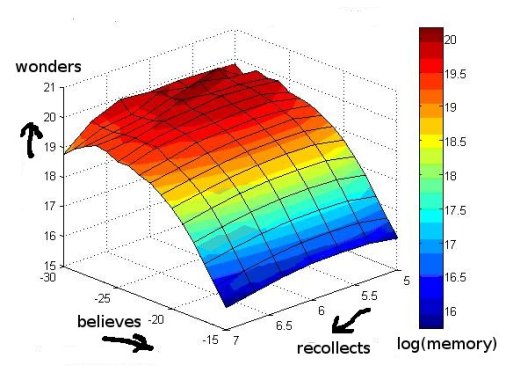 So, for the gentle edification of the incoming Class of 2013, I offer an introductory documentation of conversational phrases @ MIT that are likely to be, um, not-so-conversational at your local grocery store checkout aisle.

Function (noun): No list of overinflated jargon would be complete without this classic, all-purpose noun that instantly makes you sound scientifically saucy in virtually any context. Otherwise known as the ketchup of argumentative conversations, “function” may be overused but it hasn’t lost its awesomely obnoxious flavor. Ex:
Person A: Pass the salt, please.
Person B: Is your request a function of the underseasoning of the fish sticks, or is it a function of the evolved need to consume nutritious minerals? In either case, the spacial coordinates of the salt are not within the domain of my arm.

Spacetime separation (noun): The notion of intertwined spacelike and timelike dimensions, as explored by Einstein et. al., is especially useful for sublimating the tritest of excuses/apologies/answering machine recordings.
Ex: Oops, it appears that either I am spacelike separated from my cell phone or you are timelike separated from a reasonable hour for phone calls. Please leave a message at an appropriate temporal distance from the beep.

Vacuously true (adj.): A statement is said to be vacuously true if it is simultaneously true and proudly misleading. Successful conversations between tired MIT students and regular people (parents, doctors, etc.) often depend upon liberal sprinklings of vacuous truths into the slurred speech of the former. Ex:
Doctor: Do you sleep well at least half the time on nights before tests?
Student: Yes.
[The student’s response is vacuously true because half of zero is zero, which is the amount of time that the student spends sleeping on pre-test nights.]

Null set (noun): Usually used as an euphemism for a depressing lack of something.
Ex. 1: I had the null set for dinner yesterday because I overslept.
Ex. 2: According to Facebook, you and the null set are now in a relationship. 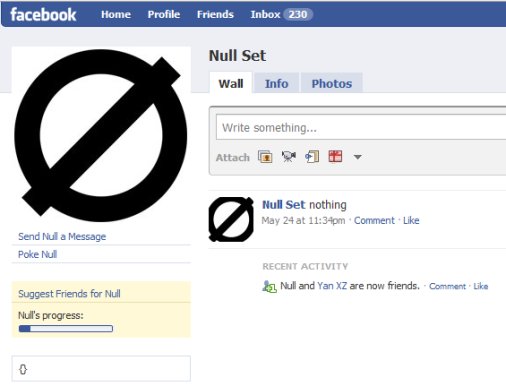 Nonlinear response (noun): A mild, vanilla-toned label for surprises that hatch like fuzzy baby birds from nullset-minded decisions and quickly mature into giant, grass-guzzling geese that ruin your lawn.
Ex: John isn’t here right now because the virus pop-up windows on his desktop responded to his mouse clicks in a nonlinear fashion. We’ll just bring him food and water. 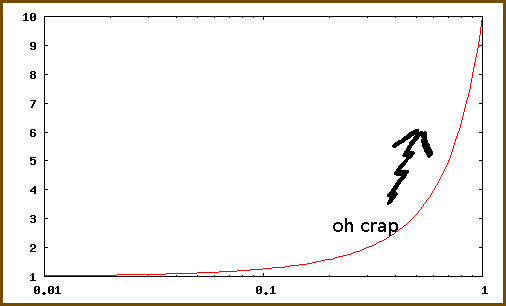 Gaussian (adj.): A nimble adjective for describing things that look exactly as they should.
Ex. 1: See how the elevation of the land is highest near the peak of that mountain? The altitude vs. horizontal distance profile sure looks Gaussian!
Ex. 2: MIT’s Stata Center is non-Gaussian.

Isotropic (adj.): Admittedly, I’m the only person who uses this word casually at MIT. It’s best reserved for situations in which you are completely lost in a hallway that looks precisely the same as every other hallway you’ve seen in the last 15 minutes.
Ex: I couldn’t find your room because all the floors in McCormick Hall are completely isotropic. I swear, even the whiteboards on everyone’s doors had the same drawing of a benzene molecule.

Entropically favorable (adj.): When the disheveledness of your dorm room/ personal appearance/ mental state attains mythic proportions, use of this term subtly transfers blame from your personal laziness to Professor Sadoway, who in all likelihood taught you about the reassuring properties of energetic favoritism in 3.091. Ex:
-Why are you using toothpaste squeezed from a ziplock bag?
-It was entropically favorable, Mom.

Discretization (noun): Discrete modeling of continuous processes epitomizes the philosophy that if you don’t succeed at first, you might as well not succeed in smaller segments. Ex:
-Did you pass the swim test?
-I did in fact swim four laps, but the coach regarded my discretization of the pool’s length into 32 intervals as mathematically unrigorous.

The list traipses on, but I’ll hold the rest for the second edition of The Unofficial Guide to Unstandard MITglish. (Coming soon to a browser window near you! Mention this blog post and get an additional 20% discount off the low, low price of your guide. It’s so low, it’s actually a member of the null set.) Now if you’ll excuse me, I need to debug my Faulkner MATLAB script before I get to Chapter 7.

55 responses to “An Unofficial Guide to Unstandard MITglish, 1st Edition”