Why I turned in a half-finished 10.37 problem set.

DID YOU KNOW? The landscape of the Charles River around MIT is almost entirely man-made.

I had originally called this entry “Dirty old river, must you keep rolling?” but I figured that nobody else would get that either, and decided on this one for brevity’s sake. Still, you must know, the Charles is a very dirty and very old river. As Wikipedia tells us:

Despite its famous water pollution, making the Charles “Swimmable by 2005” became an important EPA goal. While this promise was not reached in time, swimming and fishing are progressively re-emerging as about 90% of the length of the river is now considered safe for swimming. Health risks remain however, particularly after rainstorms and when walking in certain riverbeds stirs up toxic sediment.

For fourteen weeks the Final Exam lay quiet in Professor Lang’s keeping, prolonging his life, delaying old age. But no longer, Frodo. Evil is stirring in 6.002. The Exam has woken. It has heard its Master’s Call. Its problems have multiplied. Its fortress at Barad-Dur is rebuilt on the land of 10-250. The Exam yearns to go home, to return to the hand of its Master. They are one, the Exam and the Dark Lord. Frodo, he must never find it.

Take heart. Take these sample exams to the practice fields. Once you have seen them, you will not break in battle against the Nazgul. In addition, the Fellowship of the TAs will hold a review (location, time TBA), where we will arm and outfit you with the finest Dwarven Mithril plate and show you techniques that will chill the heart of even the most formidable diode-connected orc. Good luck!

Anyway, so, uh, last Saturday? my floor decided it would be a good idea to take some of our dorm’s money and go canoeing! Woohoo! Basically, Burton-Conner has this thing called the Inter-Floor Activity Fund whereby floors can request a total of $3300 to plan trips with one another. It’s a way to promote healthy relationships and bonding between floors, because walking up two flights of stairs is just way hard sometimes. So, Conner 5 and we had a picnic outside on a relatively nice day, and spent the rest of the nice weather out on the Charles dodging overzealous crew shells. 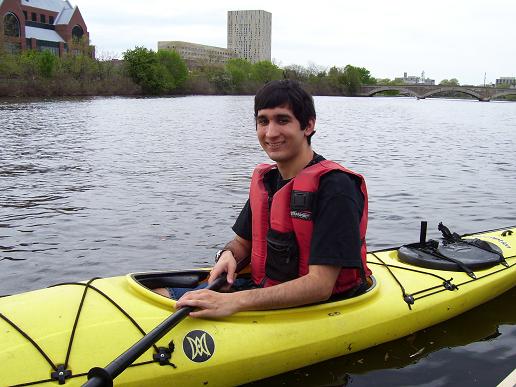 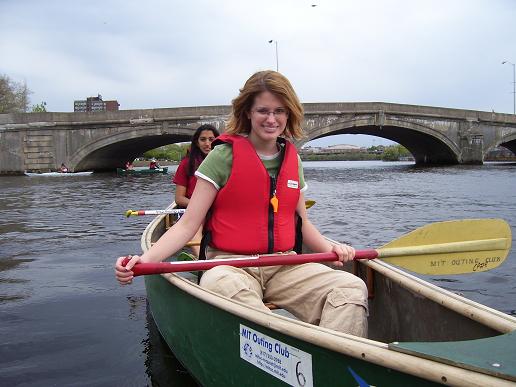 Cassi ’08 gets to pretend she’s a real pirate for a little bit along with first mate Mirat ’08. 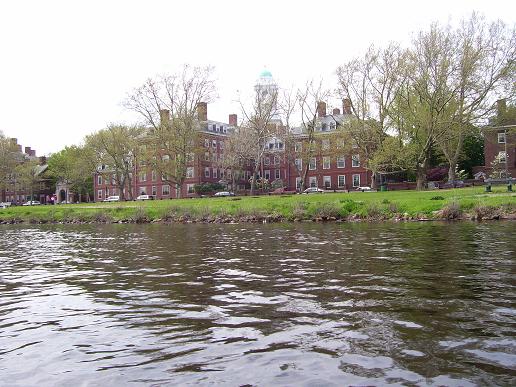 People ask me, is MIT really the third ugliest school in the entire world, like Princeton Review says? Well, just take a look at the above picture. Oh, wait, that’s Harvard. What I like to say on the subject is that while not every building at MIT might look “good” to you in the traditional sense of the word (falling-down piece in primary colors, concrete 30-60-90 triangle, shiny space waffle), at least they all look very, very different from buildings you see elsewhere. That’s more than I can say for some other schools. 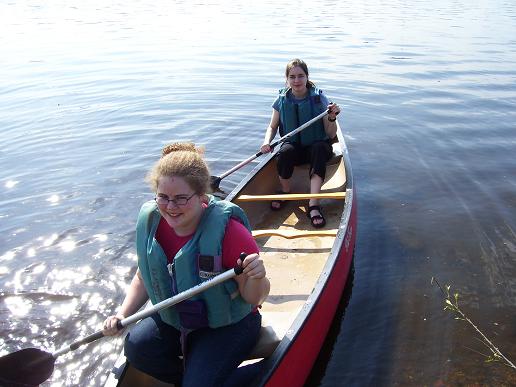 Meara “Killer” ’09 and Diana ’08, choreographer for MTG’s “Chicago,” got to the party a little late, but still got to do some canoeing. 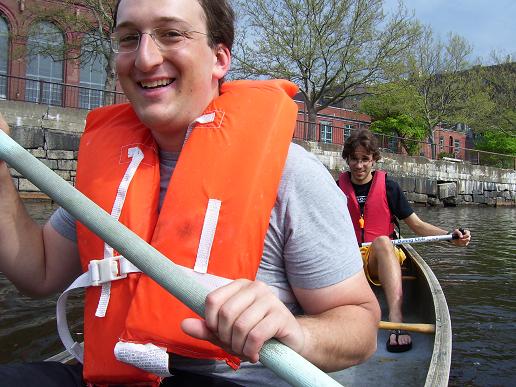 Mike Short ’05 thinks we’re so cool that he came BACK to canoe with us! As for myself, well… okay, I actually do like canoeing. 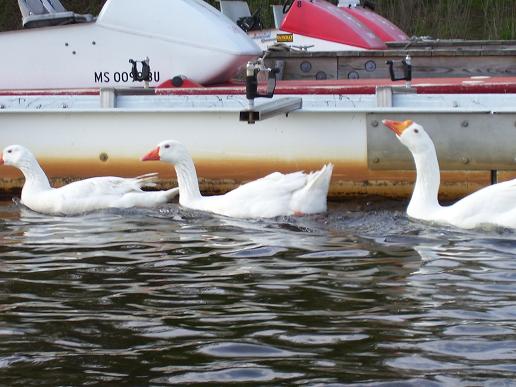 See, creatures really can live in the Charles. 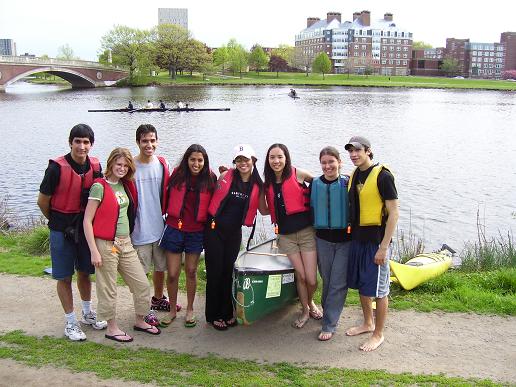 See, people at MIT really do smile sometimes. No, really.