I’m just curious as to why you keep invoking William Faulkner. by Sam M. '07

I had not the greatest week, but tune in tomorrow for my misadventures with the reply-to-all feature and otherwise… I don’t want to destroy the organic unity of this entry.

1. Beethoven wrote only one opera, and it was called “Fidelio.”
2. Nearly all of the work of William Faulkner is set in the fictional Yoknapatawpha County.
3. The third-largest city in Ireland is called “Limerick.”

…and why was I thinking about limericks today? Well, I saw this stray piece of graffiti on a chalkboard as I was walking through building 56. 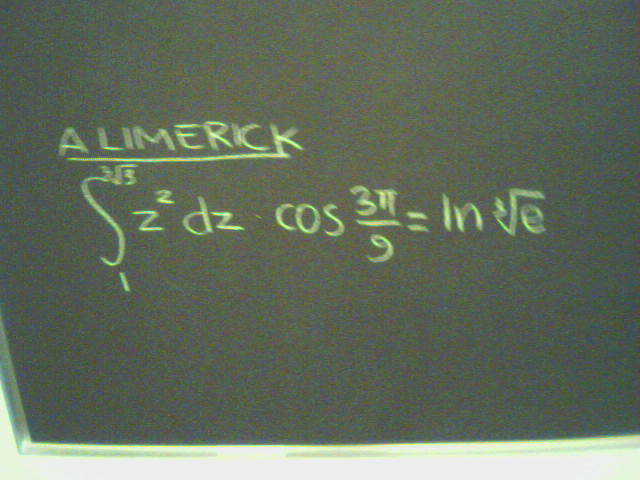 I was just about ready to say, “Oh, not everyone, we’re not that stereotypical…” but then I gave it a few seconds of thought and concluded, with some surprise, “Uh… yeah, I think so.”

21 responses to “I’m just curious as to why you keep invoking William Faulkner.”