the huge semester has gone halfway by

The last time I posted was over two months ago. I wrote then that I was “so, so tired,” even though classes had just started. And then I disappeared into the battlefield of the semester, not to be heard from again. What happened?

After suffering immensely during an extremely overloaded sophomore fall, I had told myself that I would never subject myself to anything like it again. Yet, somehow, sophomore spring got even harder, driven by a lack of breaks and the persistence of pandemic conditions. It was “worse than anything I had seen in a long time.” I promised myself, going into junior fall, that I would have to make things better. MIT was going “back to normal,” and I would too.

This semester is worse than both of those already difficult semesters. It is the most difficult experience I have had at MIT, if not in my life. It is hard both academically and personally, and it is hard in ways that are difficult to discuss publicly. At a recent meeting, we were going around talking about how our semester was going, and I said, in jest, that “my roommate and I have been living crisis to crisis.” In the joke, however, was a pearl of truth; we had both individually gone to S^3⁠01 Student Support Services! they are extremely helpful. that week, looking for extensions on assignments, looking for a way to cling to the raft of life while navigating turbulent waters.

The worst part of the whole ordeal has been the compounding nature of falling apart. I try my best to get ahead at the beginning of a semester, so that I can slowly fall apart and still turn all of my assignments in on time. This semester, it has been week over week of trying to catch up. I will finish one assignment just before the deadline, and then I will start the next assignment right away, just to complete it just before its deadline. Wash, rinse, repeat. My unfinished work rolls over from day to day, and every week presents its own time crunch.

To summarize, it has been a rough time.

I was talking to a ’25 friend of mine after a THINK meeting, and he was talking about feeling overwhelmed by the number of commitments he had. Intending to provide him some encouragement, I told him, “It’s good to try a lot of things now, and eventually you’ll find the ones you enjoy, and you can drop the other things pretty quickly. I’m doing less extracurriculars now than I did freshman year.” This was my genuine sense of the narrative arc of my MIT experience—I had come in, tried a little bit of everything, and then picked the clubs I truly enjoyed to stay in.

As I tried to come up with a few examples for him, however, I realized that although I had dropped commitments after freshman fall, I had also picked up new ones. I’ve gotten more involved in dorm government, having been elected to Next Exec and DormCon. I’ve also found more jobs along the way: just in the past semester, I’ve start grading for 6.006,⁠02 Introduction to Algorithms LA’ing for 6.0001/.0002,⁠03 Introduction to Computational Thinking and Data Science and working for Next Desk.⁠04 desk workers sort mail and packages for residents, among other things.

I genuinely enjoy doing all of this work. I care a lot about my dorm’s community and how dorms at MIT are run, so I really enjoy the responsibilities of dorm government.⁠05 and indeed, I am running for Next House President at the moment I enjoy sorting mail and interacting with Nexties at desk. I am reviewing a lot of my algorithms knowledge by grading for 6.006, and I really enjoy helping people who are just starting to program during office hours for 6.0001.

All of this is great, but the fact that I instinctively tell ’25s that I am “doing less now” confuses me. Why is that I believe I am doing less work, when I am doing more?

More generally, I have noticed myself trying to downplay my workload more and more when I talk to people. I’ll tell people that I’m taking “5 real classes,” even though, by units, I’m in the equivalent of 6.5 standard⁠06 i.e. 12-unit classes. It’s also not a fair characterization to my “fake classes,” which are commitments I genuinely care about. The classes I’m in this semester are hard, although, for the most part, they are enjoyable:

I enjoy all of these classes—otherwise, I would not be in them—and I feel like I am learning a lot. Yet, this is not at all a light load, and to say so would be disingenuous. During the week, it often feels like I work all day, from dawn ’til dusk,⁠09 or, since the sun currently sets at 4:30, well beyond it until I get home around 10 PM, after which I work for another few hours yet before I allow myself the reprieve of sleep. On the weekends, I allow myself to relax more, but there is still work hovering around my head.

Neither the classes nor the extracurriculars pose the largest challenge—they keep me extremely busy, but they are, for the most part, manageable.⁠10 I suppose I mean this in the sense that I seem to be managing them, not that it is reasonable to do so. It is them in combination with all the other crises, that has made this semester so particularly difficult.

This is not to say that I have not also been happy.

The wing of Next House I live on, 4W,⁠11 pronounced 'Four West', or 'The Shire' has been quite a blessing. It is hard to exactly capture what the culture of 4W entails, but perhaps one illustrative example is that one of our favorite and most enjoyable pastimes⁠12 okay, this might just be <i>my</i> favorite thing to do. is memorizing, repeating, and remixing random phrases which happen to catch our fancy, whether they be from poetry or cursed videos. Indeed, the title of this post comes from one such phrase: “Lord: it is time. The huge summer has gone by.”

It is a wing full of simple and absurd joys, which is precisely what is needed in times like this.

we made noodles from scratch
and went out at 1 AM on an extremely foggy night
and carved ridiculous pumpkins
and put together a ridiculously large custom puzzle of one of our alumni
and balanced plushies on our heads!

One particular tradition which has made a spectacular return is the hosting of “surprise” birthday parties on everybody’s birthday. In one instance, we attempted to take a selfie with 30 some people crammed into the main lounge, with surprising success. In another, we followed up the birthday party by watching Hamilton, with a perfect alternating pattern of upperclassmen and ’25s on the couch. And, in a wing full of musicians, the singing of “Happy Birthday” or its variants⁠13 the traditional 'how old are you?,' or, our current favorite, 'what's your girlfriend's first name?' is always quite interesting: it is, of course, mostly in tune, but on occasion we will find everybody singing the harmony part, and nobody singing the melody, and we laugh, and laugh, and laugh.

Among these people, and this ridiculous yet beautiful noise, I am at home.

In a sense, this is what has most kept me going this semester. It is the joy found in the spontaneous sing-along sessions held in main lounge, where we sing songs we all know and sometimes attempt to harmonize against each other, and it is the joy found in the dinners and experiences that we share together. There has been much pain in the semester, but there is no discounting a certain joy, either.

A particular microcosm of this joy has found its way into my room. Sophomore year, bound by the restrictions presented by the pandemic, I lived in a room by myself for the whole year. It was nice to have a space to oneself, but it was also isolating. Personally, when I’m feeling stressed, I tend to try and withdraw from other people, and to be constantly stressed and constantly alone made the semesters harder than they already were.

This year, I’m living in one of the nicest doubles in the house. My roommate⁠14 hi Tong! and I have many shared interests: we’re both 6-3,⁠15 computer science majors, which I suppose is not particularly rare at MIT. we’re both in the same acapella group, and we’re both on the committee responsible for making Thanksgiving dinner at Next House. On the perhaps more amusing side of things, we jointly own an antique map of Spain,⁠16 we bought it on a trip to buy tuxedos in Porter Square, because our wing is a big fan of the meme phrase ‘I am in Spain but the s is silent’ have taken on various dumb poses for photos, and, for Halloween, the two of us collectively dressed as the door to our room.

did i mention that it's in german, and also we bought a frame for it
i am desperately trying to not to laugh in this photo
look at that synchronization *chef's kiss*

It is good to be alive. 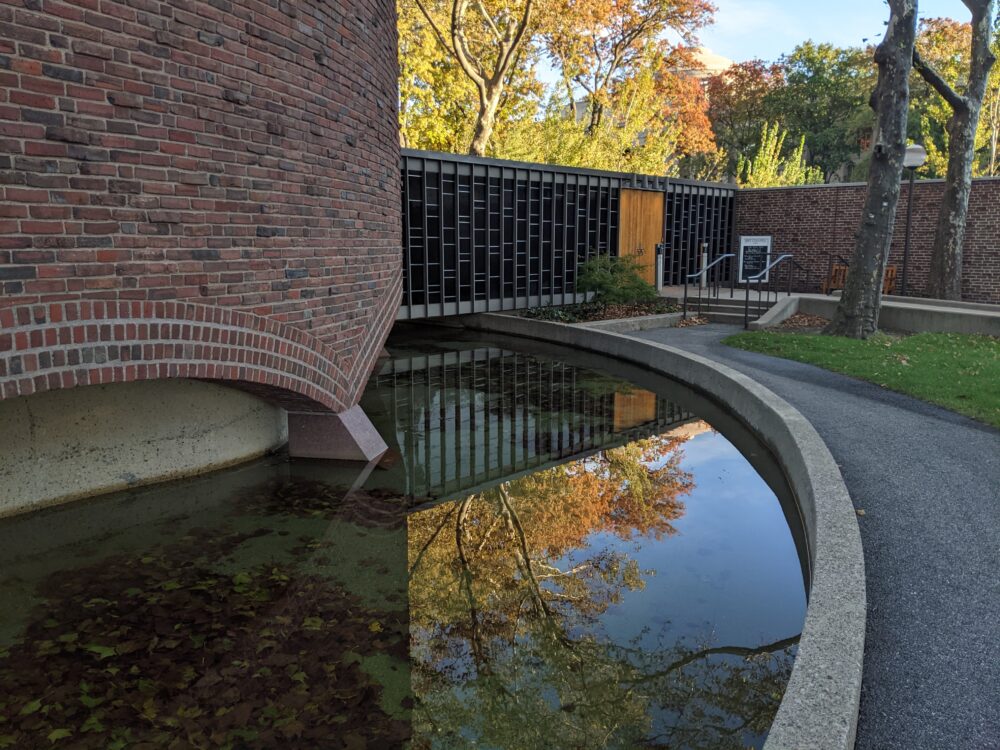