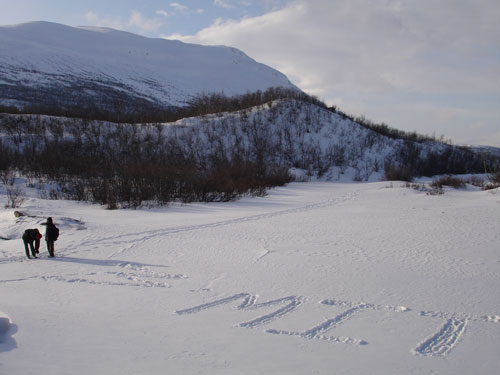 I just turned nineteen, and the journey billed as the first year of the rest of my life is meeting an anxious end. I’m still in the same room, still know where I want my life to go, inching away from information technology and toward the pursuit of transportation. I’m nursing my destiny forward one step at a time. But in a way, the past eight months have been an excursion. Sure, I’ve learned a lot, but I’ve also renewed my independence, bringing me closer to both myself and my parents.

I was recently asked in an advising survey whether or not my freshman year “met my expectations.” I decided it was sort of an unreasonable question, in that there is no conceivable way any incoming freshman can know or expect what the year has in store. Certainly everyone assumes and anticipates, but come springtime, it’s entirely possible to be fulfilled and happy, even when nothing went as you originally planned.

Even the most lauded and passionate students encounter resistance as they unfurl their wings. I have learned that to be viewed as a successful scholar, you first must prove you can handle the foundation before you move on to what you really care about. As freshmen and sophomores in high school, you probably entertained a broad spectrum of introductory classes as you established a track for elective study. So maybe now you’ve got a great idea of what you’re interested in, academic or not, and you leave for college in the fall, on a plane, train, boat, or bike. You’re dreaming about all that could be and all that will be, hanging on to memories of your senior prom and of the countless sleepovers that marked the sweetness of your childhood.

The airport shuttle vans and orientation groups beckon. You’re being told how amazing you are, you’re being welcomed to campus and everything is looking up. You’re on top of the world but you don’t really know why, or how. Before you know it, rush week is over, classes start, and the mighty conveyor belt of expectations nears its cashier.

Advisors are taking you out to dinner and housemasters invite you to their apartments for tea. The fresh faces and invigorating energy of new college students captivate even the most hardened faculty. You’re being told how amazing you are, how you’re the “new generation” that will fix everyone’s problems, effect world peace, and cure cancer. Sounds great, doesn’t it? Esteemed persons believe in you and insist you’ve got the potential to touch humanity. (Perhaps you pat yourself on the back a couple more times for spending all that time preparing for the SAT.)

Shock! Your first five exams don’t go so well. They must have been lying about that potential, you tell yourself. When your 3.091 TA sends you a Fifth Week Flag, you dutifully join the Facebook groups entitled “Shouldn’t Have Gotten Into MIT” and “MIT Is Kicking My [Posterior], But Sooner Or Later I’ll Graduate.” Of course, new freshmen are to be forgiven for not yet perfecting their study skills, so Julie, Donna, and friends at the ARC lend you a helping hand. They insist that you’ll do fine and they recommend some time management and study skills workshops, conveniently being offered the very week you’re struggling. You really thought you’d be doing a lot better right now, and you really wish those darned prep school kids who got AP credit for the entire first semester would let you catch up to them.

It sort of depends how invested you were in school before you set foot in Cambridge. Back home, what was your answer when you were asked to describe yourself? Were you a “serious student,” spending hours each day on homework and going over your homework assignments until the wee hours, even with impeccable time management? If so, you might find your first semester here a piece of cake. But if you won accolades with school firmly planted in the back seat, if your life and your soul were instead in constant line with the passions that got you up in the morning and put you to bed at night, you might be singing a different tune. You might be asking, why am I studying this nonsense when I could be doing what really matters to me? For some, this question is asked of the humanities, and for others, math and science. Yes, even here.

The trick lies in a view of the bigger picture. An education from the Massachusetts Institute of Technology is one of the greatest, most profound things anyone can earn. It garners incredible opportunity and it sets you apart from your contemporaries, just as the Brass Rat sets you apart in a crowd. Set aside the practical benefits for a moment, though. If you can excel in something here, you know that you’re capable of that skill at a top caliber. You will come out of here knowing exactly what you can and can’t do well. You’ll prove yourself to the entire world. So what’s a chemistry class or two? Life is a lot more than four months, a lot more than four years.

(And you may not believe me, but those parents you worked so hard during your adolescence to evade will probably become your very best friends your freshman year. They’re your lasting connections to your previous life and world, the components of which you still consist. In this new land of college, just as you think nobody understands you and you’ll surely fail out, there’s nothing like some insight and reassurance from the people who have watched you soar through thick and thin.)

You learn that when your biggest worry is a math final at the end of the month, you’re doing fine. Besides studying, though, I’m chasing my dreams, letting nothing claim me or slow me down as I endeavor to find the balance between good grades and a good life. It just takes some practice, something the student directory calls “year: 1.”

So what’s the moral of the story? If by May you’re still dreaming, if you’re unfazed by any setbacks you’ve faced, everything actually went pretty well. :-)

Monday night, I’ll attend my first departmental event: a dinner where undergrads and alumni will connect to share experiences and learn about life as urban planners after MIT. On Friday, my department is having another dinner for undergrads, this time at Durgin Park in Boston’s Quincy Market. There’s a topic for another time: MIT students’ love affair with free food!