DID YOU KNOW? Pulitzer Prize-winning MIT professor John Harbison, who is teaching the undergraduate class 21M.304: Writing in Tonal Forms II this term, wrote an opera based on The Great Gatsby that was premiered at the Metropolitan Opera in New York.

Happy Organic Chemistry II Day! I think that thus far, 5.13 has been my absolute favorite class at MIT.

I was so excited about wishing you a happy April 31, because, as Ling noted, that would be European Pi Day (31/4), but I missed it this year, probably because I had to much work.

Do you always wait for the longest day of the year and then miss it?

So, Mollie did that entry about life in MacGregor, and I’ve conned my excellent friend Kim ’09 from marching band into making up this excellent photojournalistic piece about life in Random Hall.

One thing she doesn’t mention is that one of the floors in Random Hall is named “Destiny.” Why would a floor be named Destiny? Well, apparently the residents were strapped for cash one day and decided to sell the floor’s naming rights on eBay. Turns out that some guy bought it and named it after his eight-year-old daughter. When he found out that they were going to use the money to build robots instead of buy beer, he threw in an extra hundred dollars or something.

Anyway, some current MIT student is going to come by and correct that, and then you’ll know the real story, and I’ll give him or her credit where it is due.

So, don’t read any further in this entry if you’re still on dialup, because your computer will probably die. Also, the entire internet system of your country might shut down. Maybe. I don’t know. I just know that I went to an Athena Computing intro class my Freshman year and they told us that somebody from MIT accidentally broke Portugal’s internet in the late 1990’s. So, please be careful when you get to MIT.

And everything that follows from here is Kim ’09! 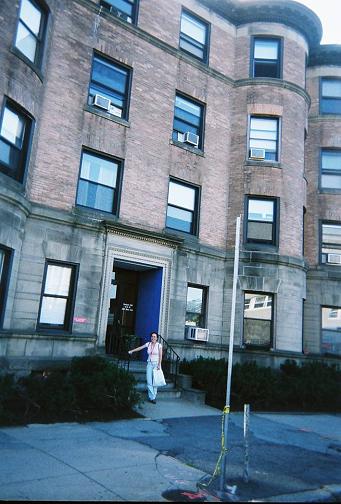 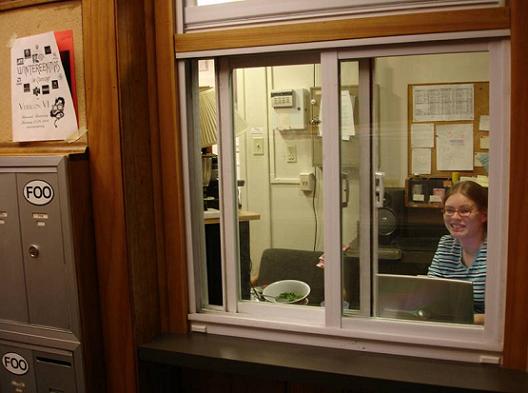 Say Hi to the friendly deskworker… if you’re lucky, she’ll let you in. 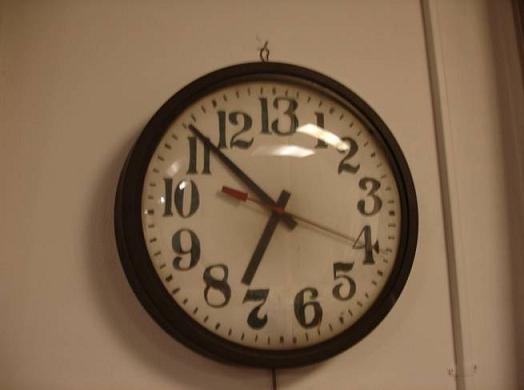 WooHoo!! You’re inside and want to know what time it is. But this clock is sort of… um… interesting. You move on. 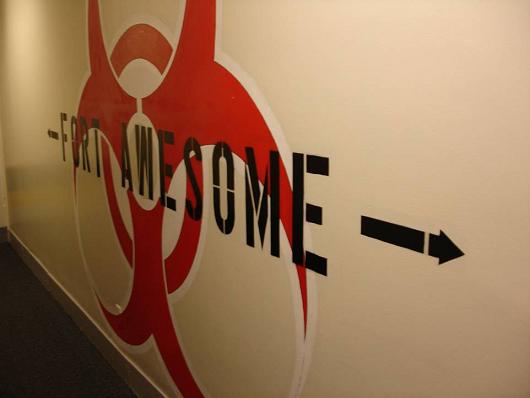 You encounter the floor known as Fort Awesome. 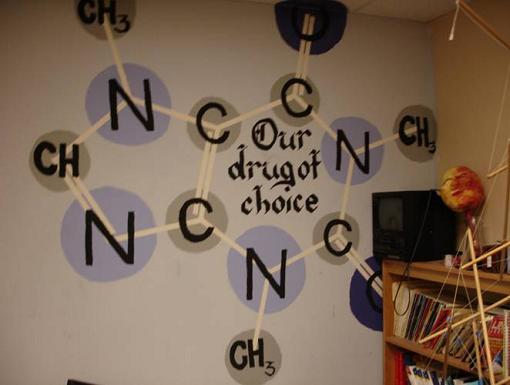 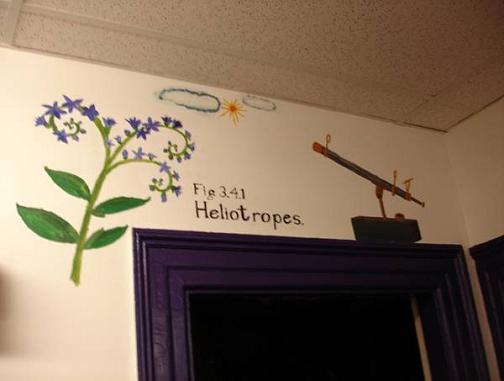 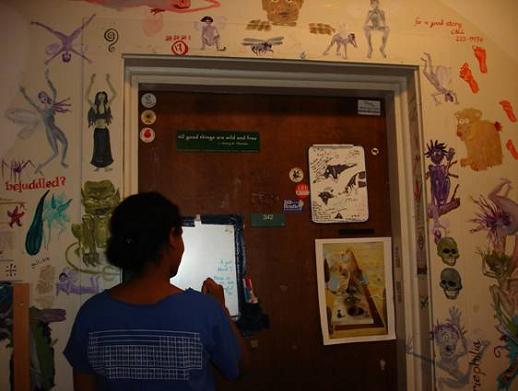 You admire the decorations… 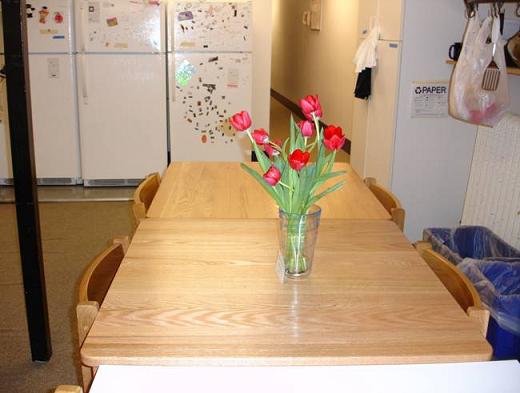 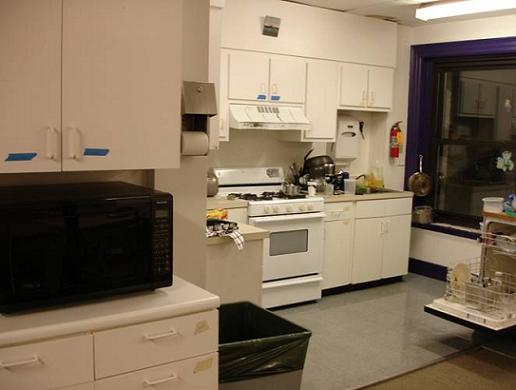 …and the spacious dining facilities 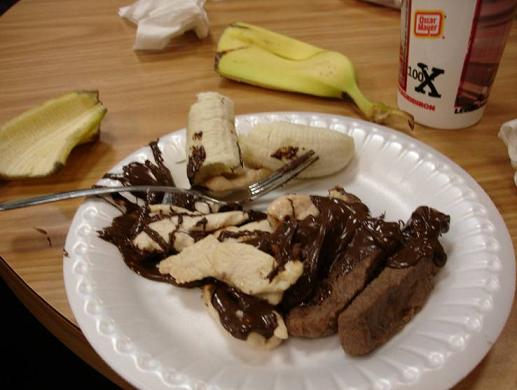 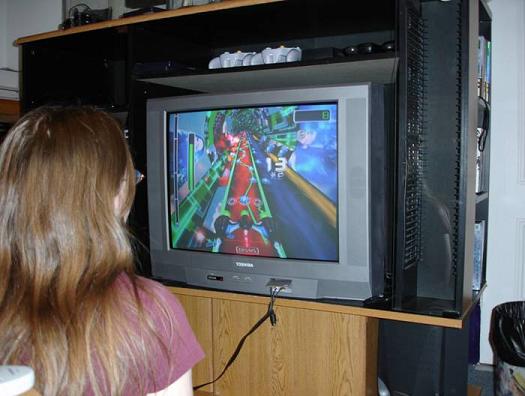 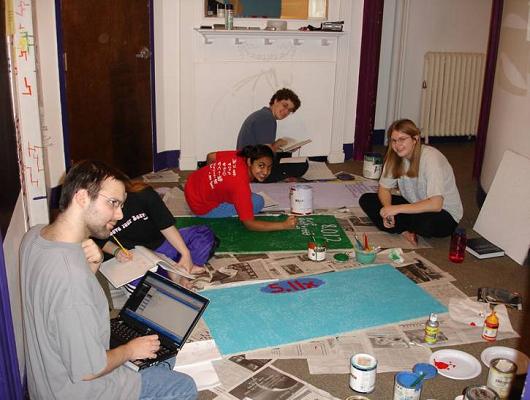 These people are great at decorating their floors and ceilings (that’s Fort Awesomer!) 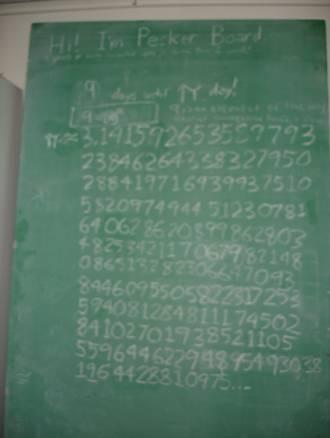 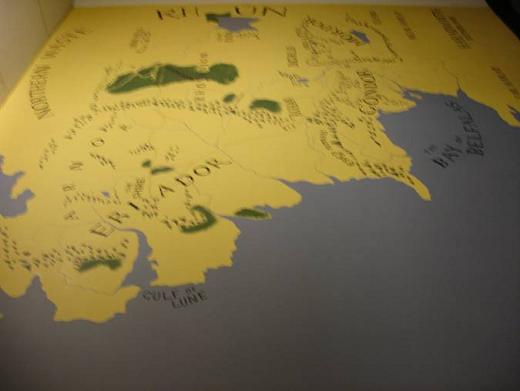 You walk around and admire the decor. 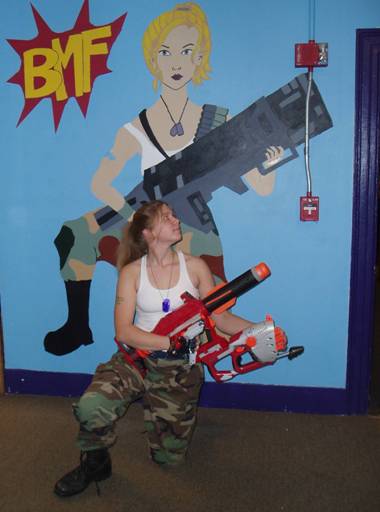 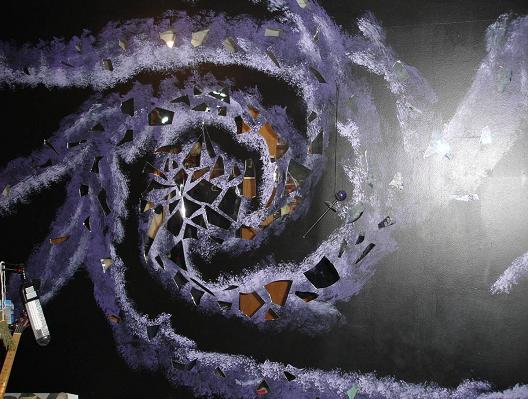 I love this wall! 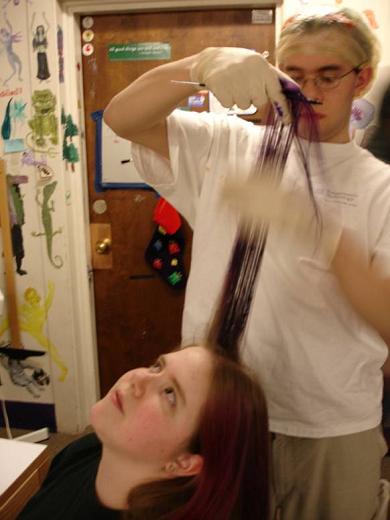 Life sucks… but then you dye! 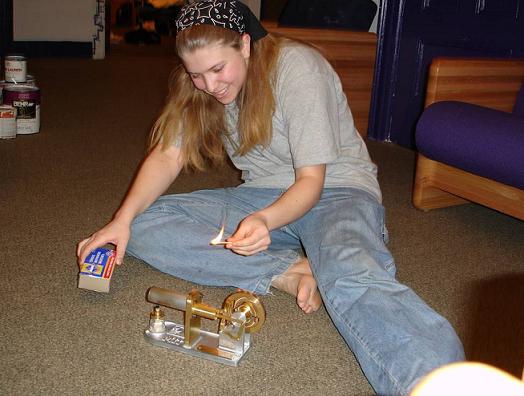 And we have fun toys too. 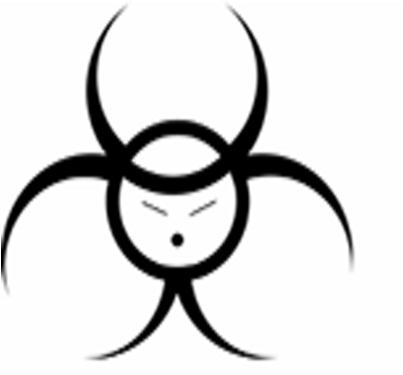