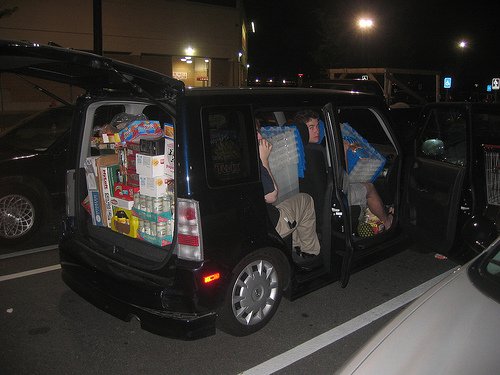 Three hallmates and I piled into a Zipcar the other night for a trip to a warehouse club in the area. The house manager just delivered a brand new refrigerator to our kitchen, and we figured the time was right to christen it with frozen goods in bulk. :) It’s pretty economical to rent the car for two hours and split the cost between four people. I think it worked out to around $4.50 per person, which is a steal considering what you save by buying massive amounts of the stuff you use anyway.

Last weekend was the annual Tetazoo Swim Test, an unofficial yet obligatory event in which hall members (freshmen included) swim across the Charles River, just adjacent to East Campus. Now, I’m not much of a swimmer, and even if I were, I doubt I’d want to take a dip in the Charles specifically. But it’s college and they say this is when you’re supposed to explore. The group left Sunday afternoon. (I didn’t take these shots, but they’re pretty good.) 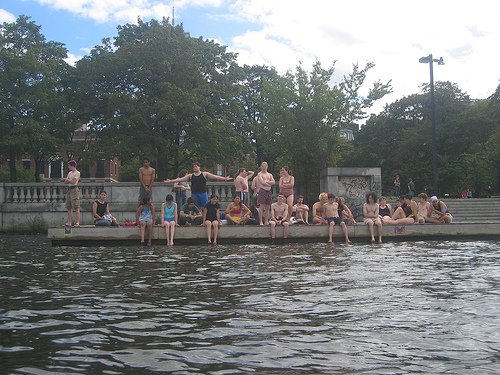 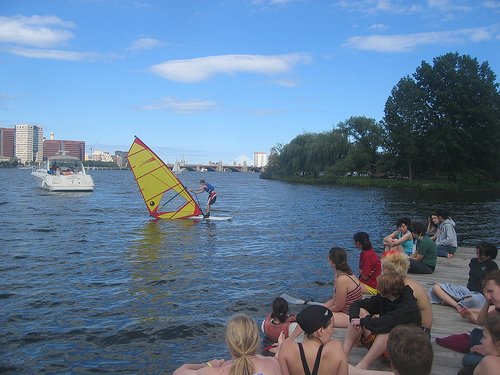 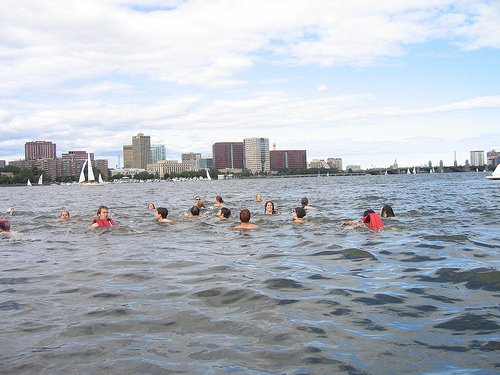 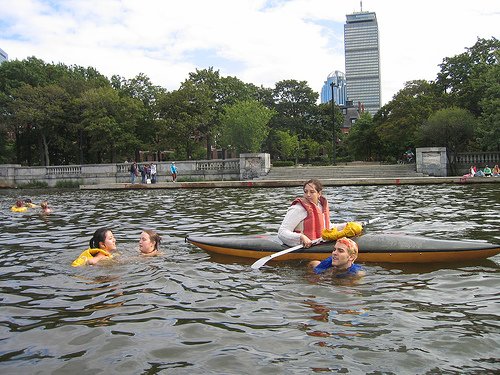 On a slightly related topic – as I was scrolling through pictures on my camera, it dawned on me that I never showed you Cam‘s LED project. He worked on this thing for like two weeks straight before classes began, and engaged freshmen in a soldering seminar as a part of East Campus rush. He spent a lot of time writing C code to make letters display, and his goal is to make a display board out of an array of 20 of these things. Most of the boards are nearly done, thanks to soldering frosh… 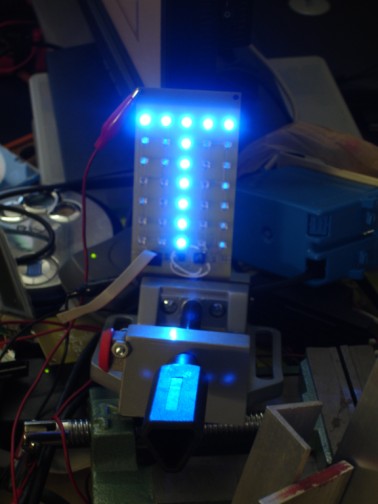 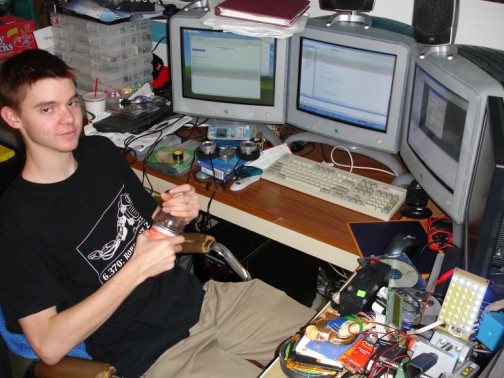 Cameron in his lair, clutching the proverbial Snapple bottle and basking in the glow of his three CRTs and one LCD monitor. They’re all connected to form an extra-wide quadruple desktop. 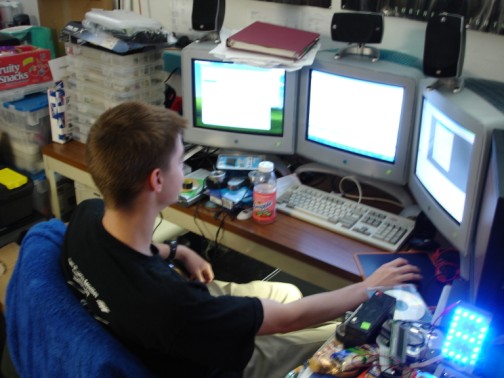 This thing takes five volts from the power supply directly beneath. East Campus has a host of community-use tools and electrical engineering equipment for residents only – that power supply belongs to the EE room, for which Cam is the custodian (“EEcomm”). 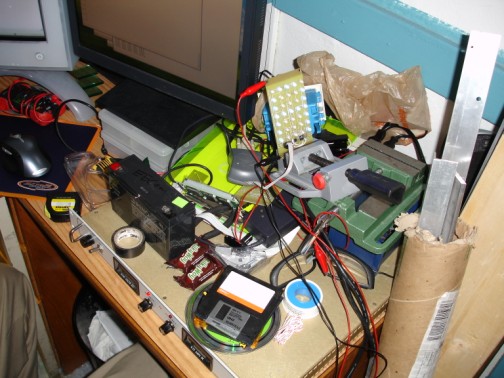 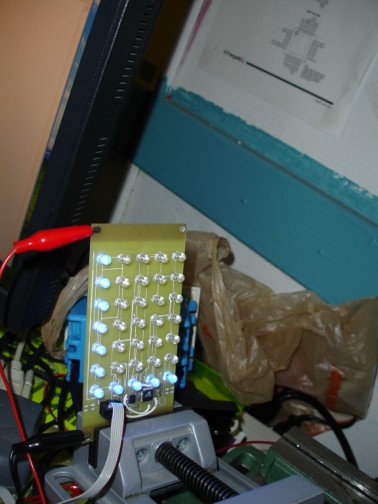 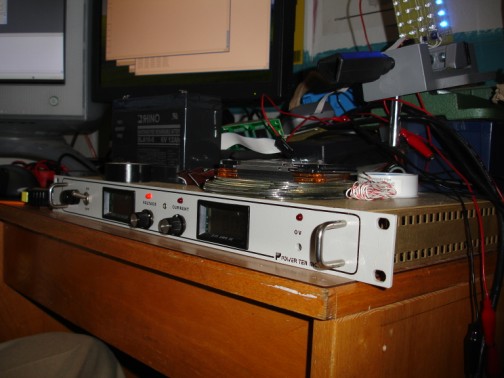 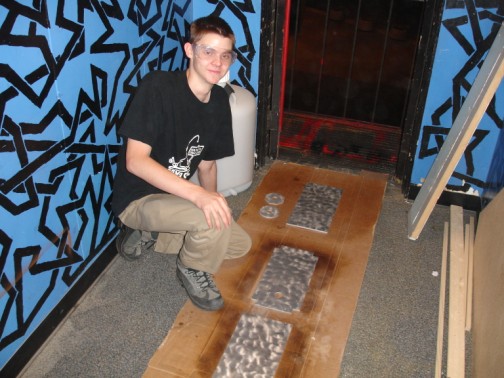 Okay, so that last one is from a few days prior when he was working on a projector assembly. The metal looked really bland, but with some spray-on stuff and crafty use of a Dremel tool, he has given these panels an expensive “brush” look. :-)

People are super creative around here.

One response to “Stocking Up”